How to make rainbow wall art with your Cricut Maker 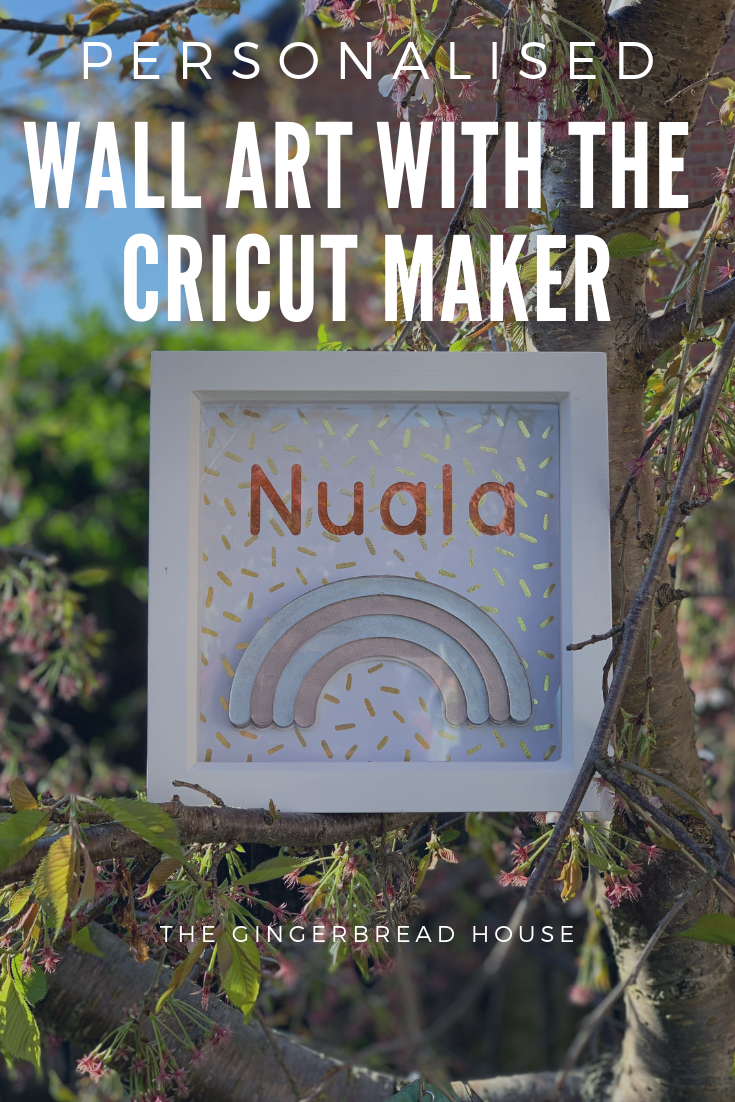 This is a sponsored conversation written by me on behalf of Cricut. The opinions and text are all mine.


Over the last few weeks I’ve shared a few projects made with my Cricut Maker. These include the personalised vinyl name sticker I decorated my Cricut Maker with, as well as the tea towel I made – which I can confirm has washed beautifully.

Today I wanted to share another tutorial with you. My daughter loves rainbows so I used my Cricut Maker to make some rainbow wall art for her bedroom.

How to make rainbow wall art with your Cricut Maker

I wanted to make a 3D rainbow so found a suitable rainbow in Cricut Design Space. I wanted it to be pretty robust so bought some 2mm heavy chipboard and a Knife blade. When I set the project up it recommended using a strong grip cutting mat but I didn’t have one. Instead I used masking tape to secure my chipboard to the Standard Grip mat. 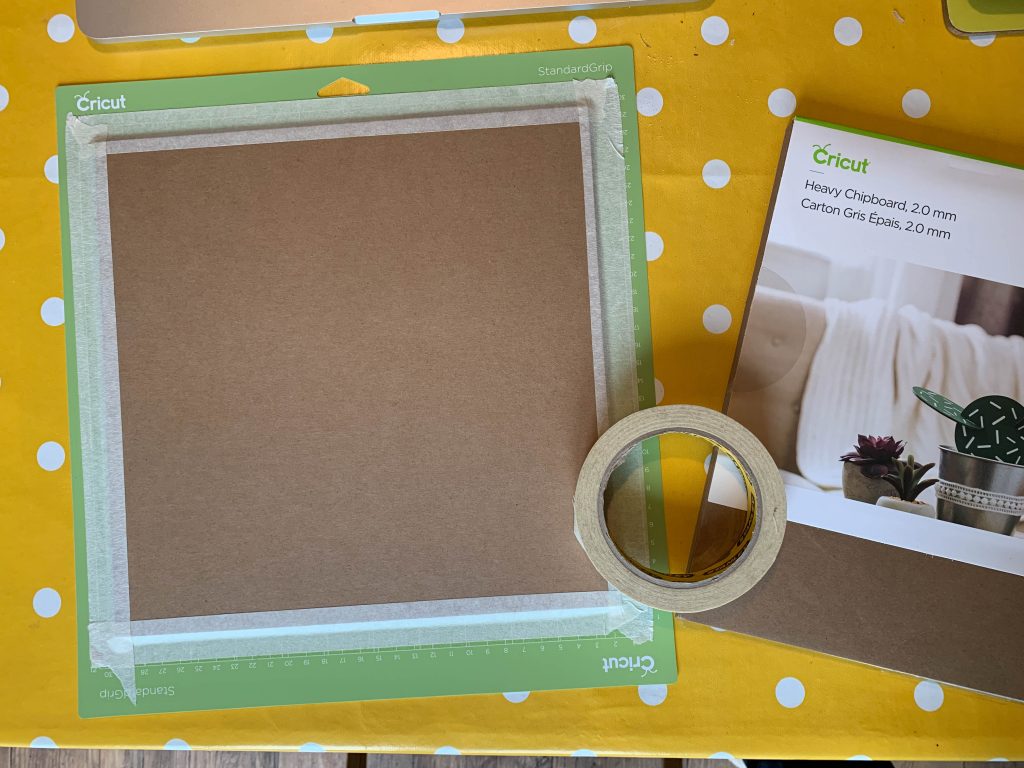 Then I placed the Cricut Knife blade inside the Cricut Maker and set the project going. 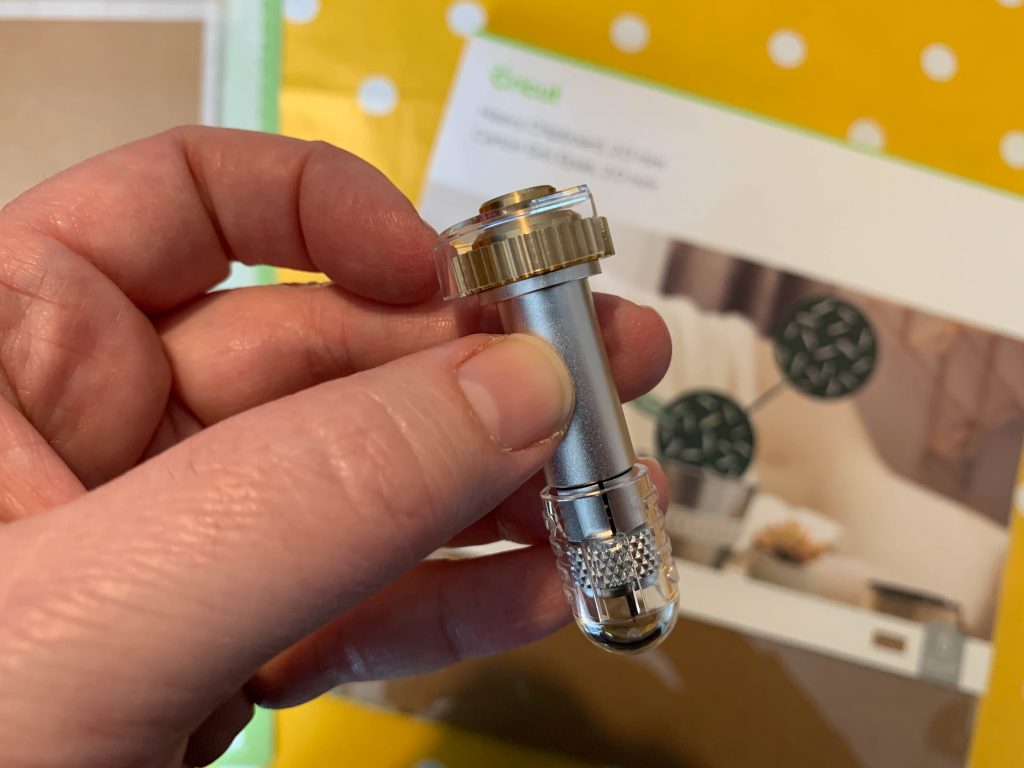 I actually had to cut the rainbow out twice as the first time I placed the chipboard too close to the edge of the mat. There were a lot of cuts with this project and it took a good 20 minutes to complete cutting.

I removed the mat from the Cricut Maker and carefully pressed out the five pieces of chipboard from the board. 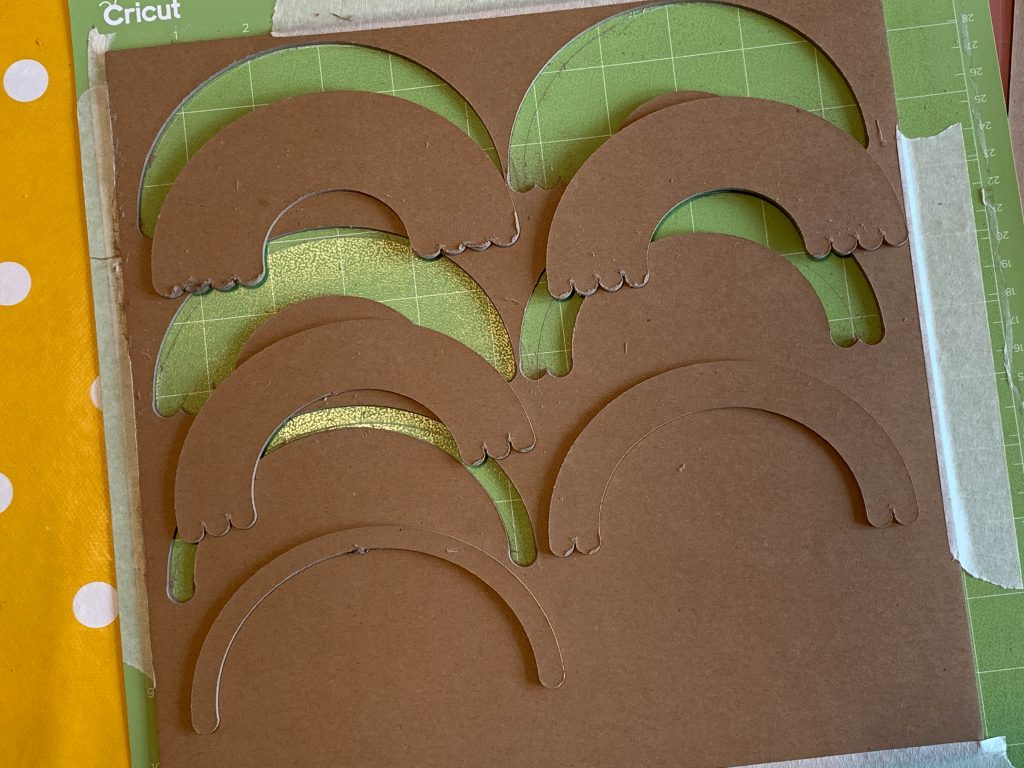 I then painted the five different parts of the chipboard rainbow using metallic acrylic paints. I gave each piece two coats as the paint was absorbed quickly. 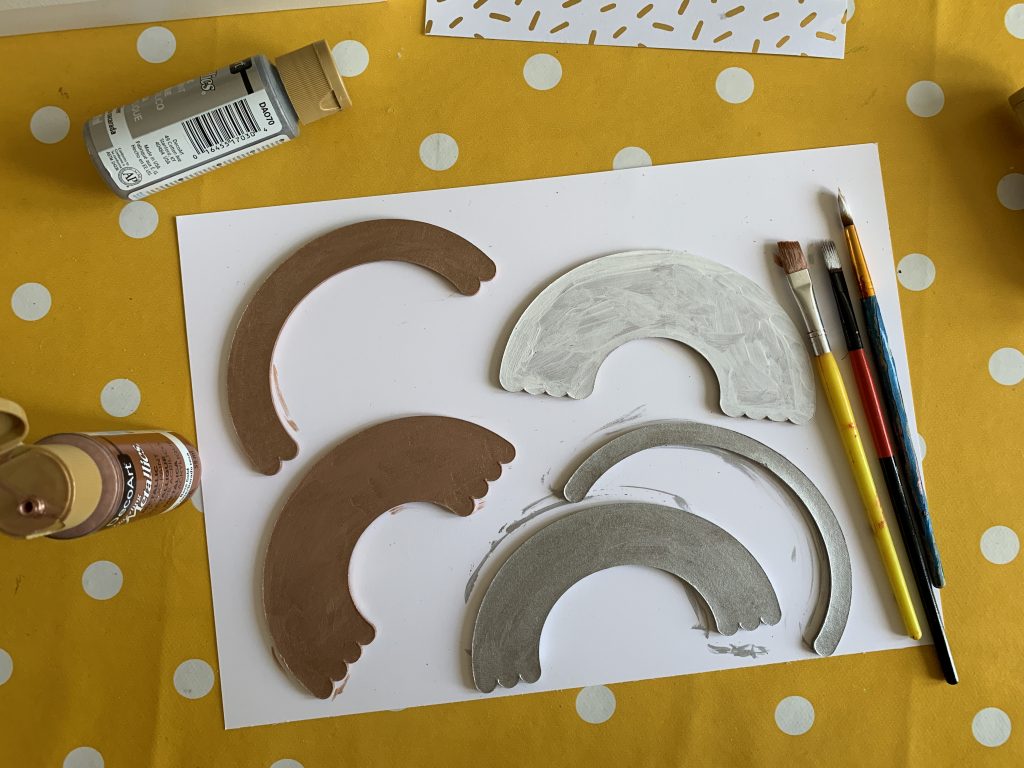 Whilst the paint was drying I used my Cricut Maker to cut out my daughter’s name using metallic adhesive foil.

I also chose a piece of patterned paper to back my box frame and cut this to size. 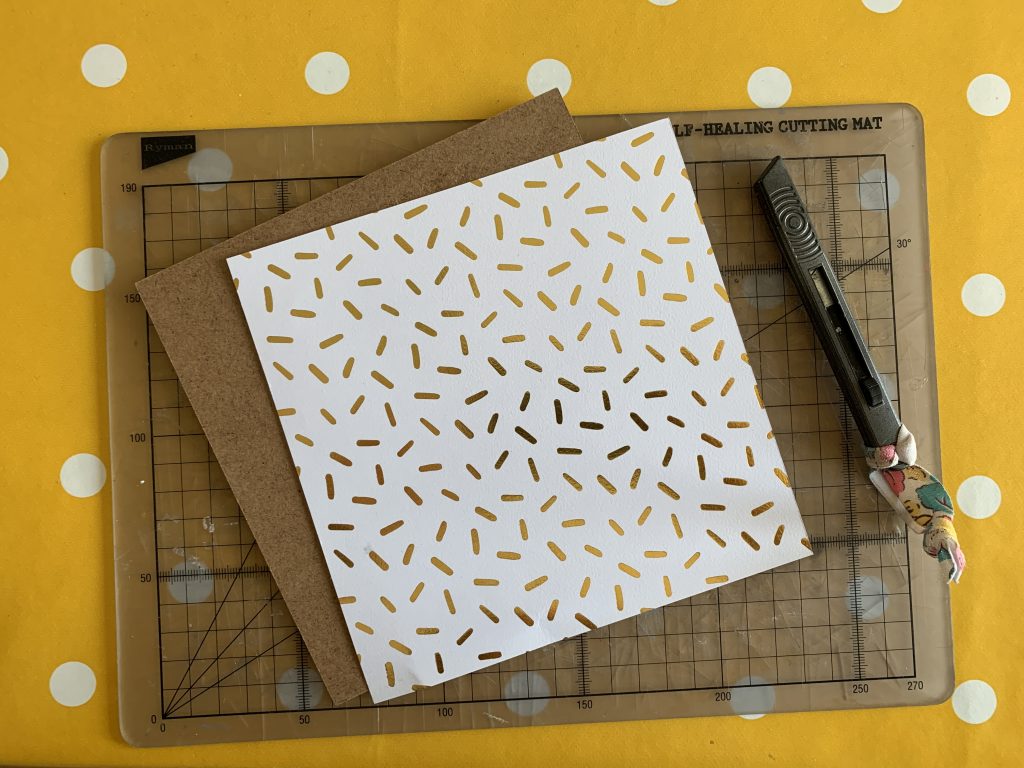 I assembled everything I needed to put my rainbow box frame together – the patterned backing paper, painted rainbow and vinyl name. 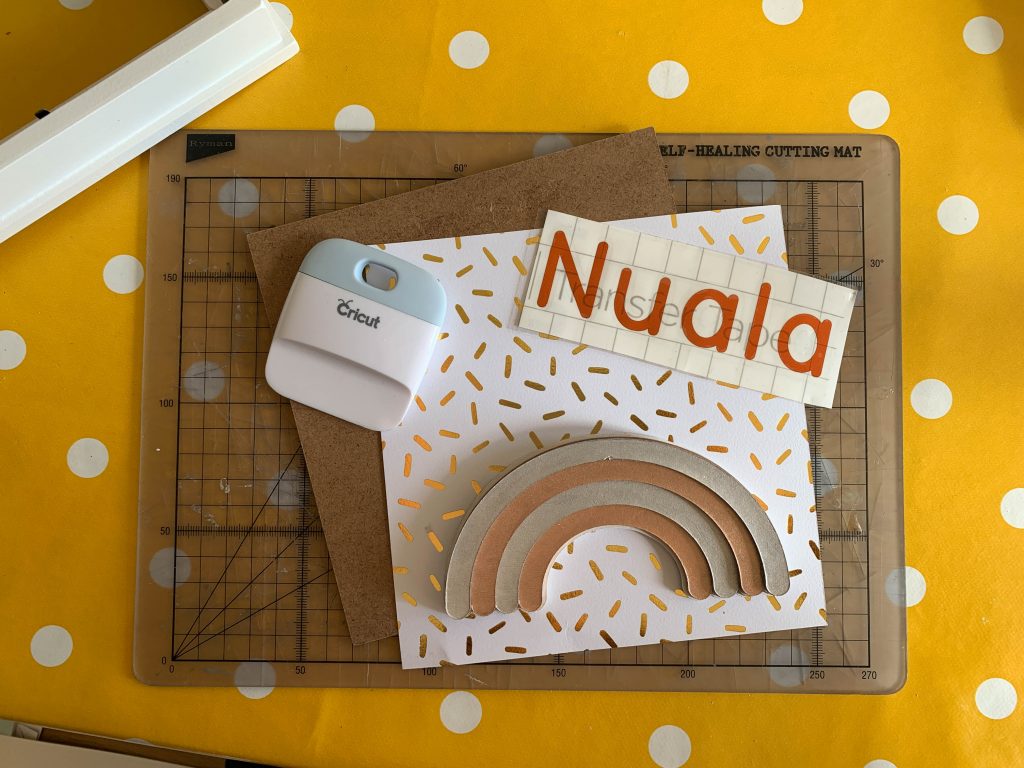 Using Bostik Glue Dots I glued the different parts of the rainbow together and positioned it in place on the backing paper. Finally I positioned my daughter’s name above the rainbow and removed the transfer tape.

I think it makes a lovely piece of personalised wall art using my Cricut Maker and, thankfully, my daughter agrees! 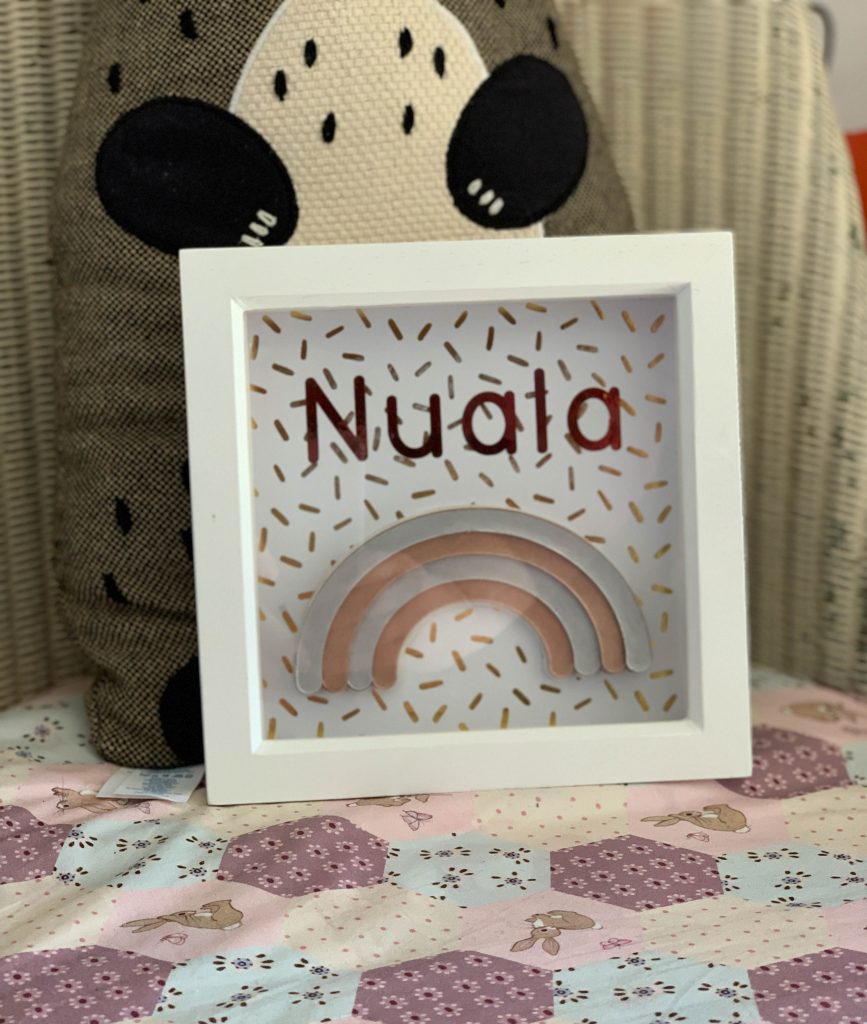