How to celebrate 75 years since VE Day 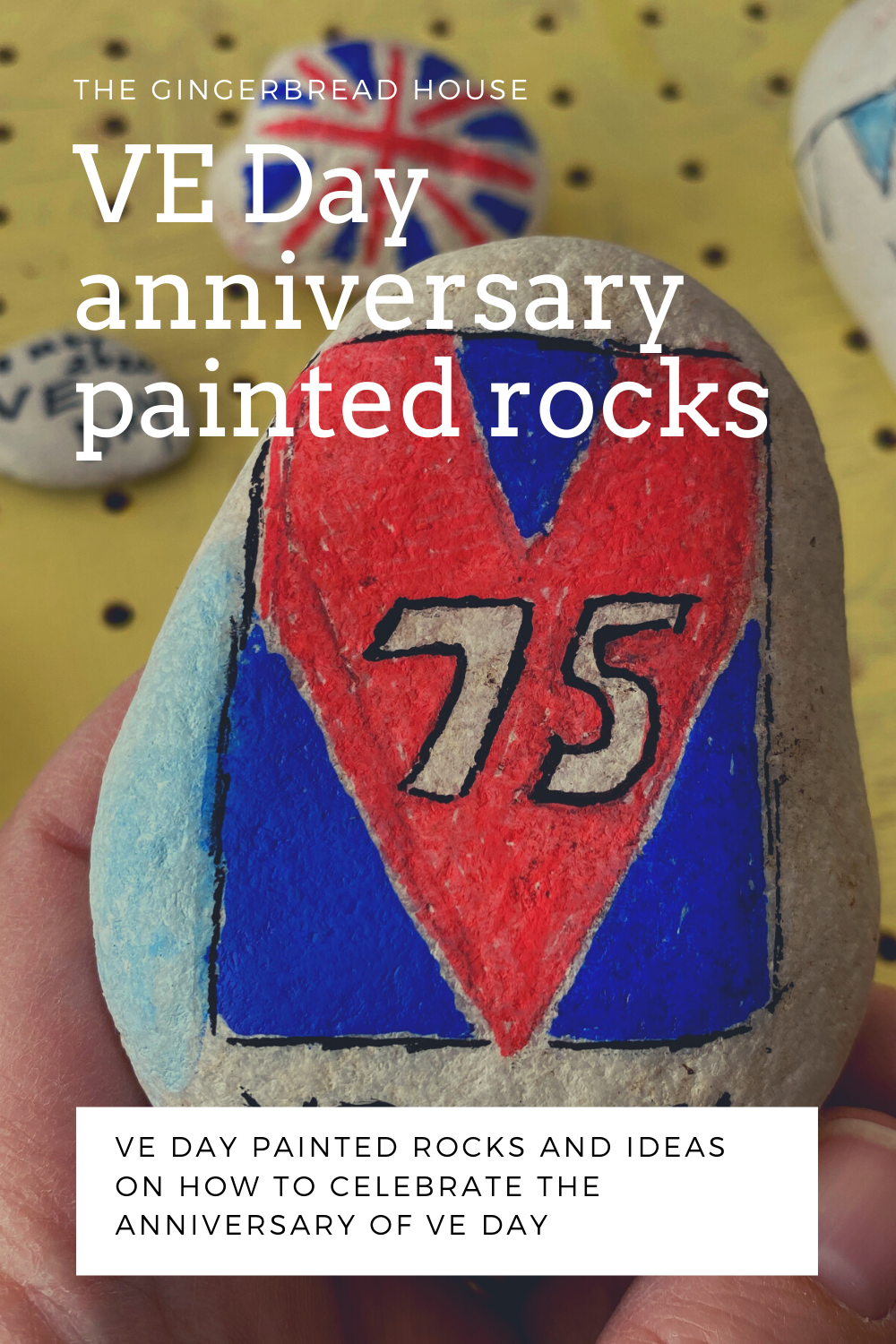 Our Early May Bank Holiday was moved this year to the 8th May to commemorate 75 years since VE Day. VE Day – or Victory in Europe Day – is marked on 8th May and commemorates the Allies accepting the surrender of Nazi Germany in the Second World War. Events were planned over a 3 day weekend to mark this anniversary but sadly they’ve all been cancelled due to the pandemic. We were looking forward to a street party and events at school.

How to celebrate 75 years since VE Day

The VE Day anniversary will be another event that will be marked at home but we can still celebrate 75 years since VE Day, learn from it and enjoy it. Yesterday we called my mum, who was born during the Second World War. The children wrote a list of questions and interviewed her about her experiences of VE Day. We dug out some of our old family photos and she told us all about the Street Party which took place in the road she lived in in Swindon. School was closed for the day and she remembered all the mums contributing jam sandwiches. It was fancy dress for the children, her mother made costumes for her and her younger sister.

On the anniversary of VE Day, official commemorations will begin at 11am with a national moment of remembrance and a two-minute silence. There will be a special programme on BBC One, which will see some of the UK’s biggest stars including Katherine Jenkins and Beverley Knight, sing a rendition of the iconic ‘We’ll Meet Again’, by Vera Lynn. The Queen will be giving a special address to the nation (her second during the coronavirus pandemic), at 9pm – the exact same time that her father, King George VI, spoke to the UK 75 years ago, on the actual VE Day.

How to hold a stay at home street party

A pack with ideas for a 1940’s style afternoon tea party at home has been produced by the Department for Digital, Culture, Media and Sport. The pack includes homemade VE Day bunting, recipes, games, and educational and creative activities for children, so families under lockdown can create their own experiences at home. We’ve already printed and coloured in some posters for our windows.

We also like the Royal British Legion Industries (RBLI) charity and their Tommy in the Window campaign which centres around thanking and celebrating our national heroes – both past and present – with an array of festivities leading up to VE Day and on the day itself. You can download a children’s activity pack complete with activities from baking to a VE Day diary to a scavenger hunt and a colouring sheet to display in your window.

You can make your own special VE Day 75 ‘Great British Bunting’ to display in your window at home. Decorate your bunting with pictures of whatever inspires you, whether it’s those who fought on the frontline or worked hard on the Homefront, or whether it’s a celebration of enduring peace or your own personal hero.

Don’t forget that at 3pm we can take part in the Nation’s Toast to the Heroes of WW2 from the safety of our own home by standing up and raising a glass and saying the following ‘Toast’ – “To those who gave so much, we thank you.” This will be another great way of paying tribute to the many millions at home and abroad that gave so much to ensure we all enjoy and share the freedom we have today. 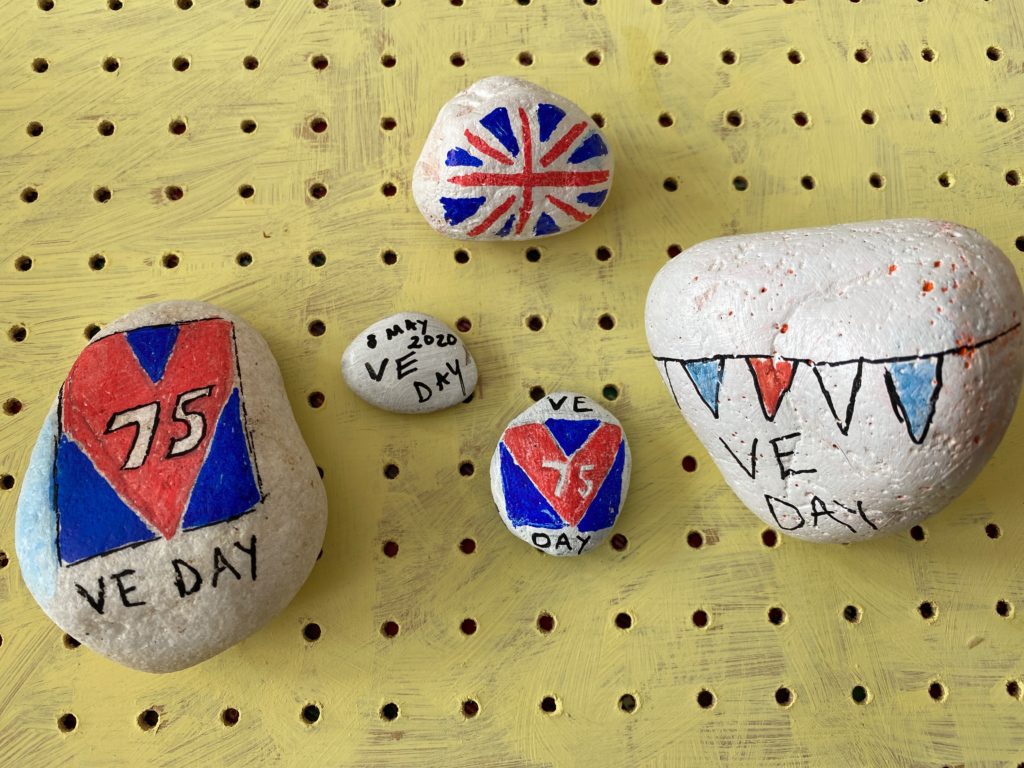 It wouldn’t be a proper blog post if I didn’t share some of the special VE Day painted rocks which have kept us busy. We love decorating painted rocks and it only seemed right to decorate some to celebrate the anniversary of VE Day next week. We kept our VE Day rocks simple, decorating them with the Union flag, VE Day and the date, as well as red, white and blue bunting.

I hope I’ve given you plenty of ideas on how to celebrate 75 years since VE Day with the family. Don’t forget to decorate your house in red, white and blue and enjoy a picnic in the front garden!