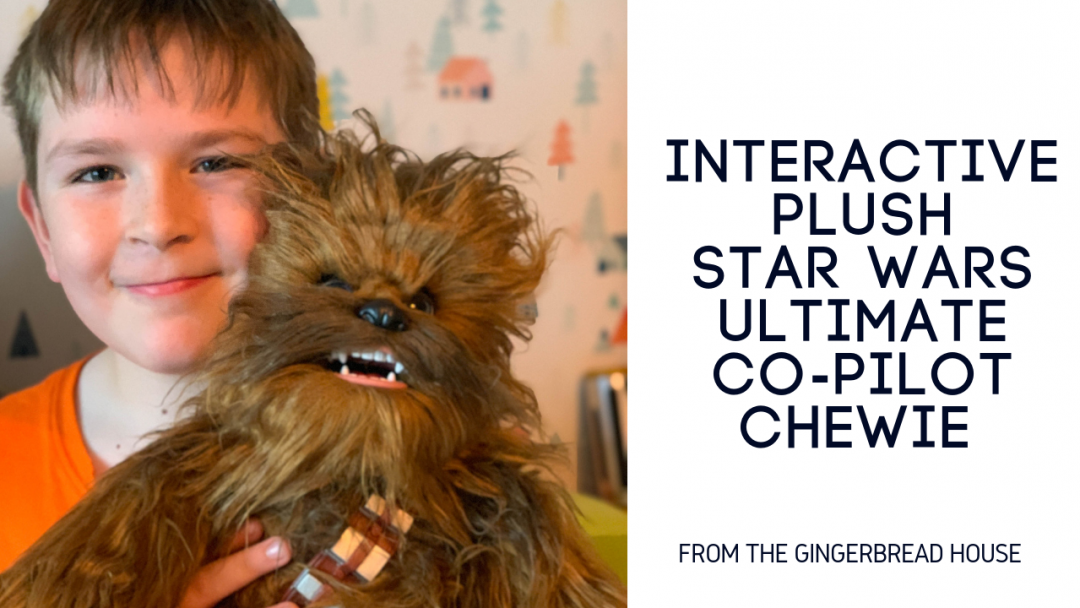 The children are pretty big Star Wars fans so I can never resist a Star Wars toy when we are offered them for review. What I’m about to share may just be the cutest toy we’ve ever received –  Star Wars Ultimate Co-Pilot Chewie.

Chewie is a favourite Star Wars character with us all. A legendary Wookiee warrior and Han Solo’s co-pilot on the Millennium Falcon, Chewbacca was part of a core group of Rebels who restored freedom to the galaxy.

What’s not to love about Chewie? The tall and loud Wookie has been transformed for a new generation of Star Wars fans thanks to the Star Wars Ultimate Co-Pilot Chewie from Hasbro. It’s a FurReal toy which means he’s an interactive plush friend which can really be played with by kids looking for their own intergalactic adventures. You can see our previous reviews of FurReal Shaggy Shawn and FurReal Friends Torch. 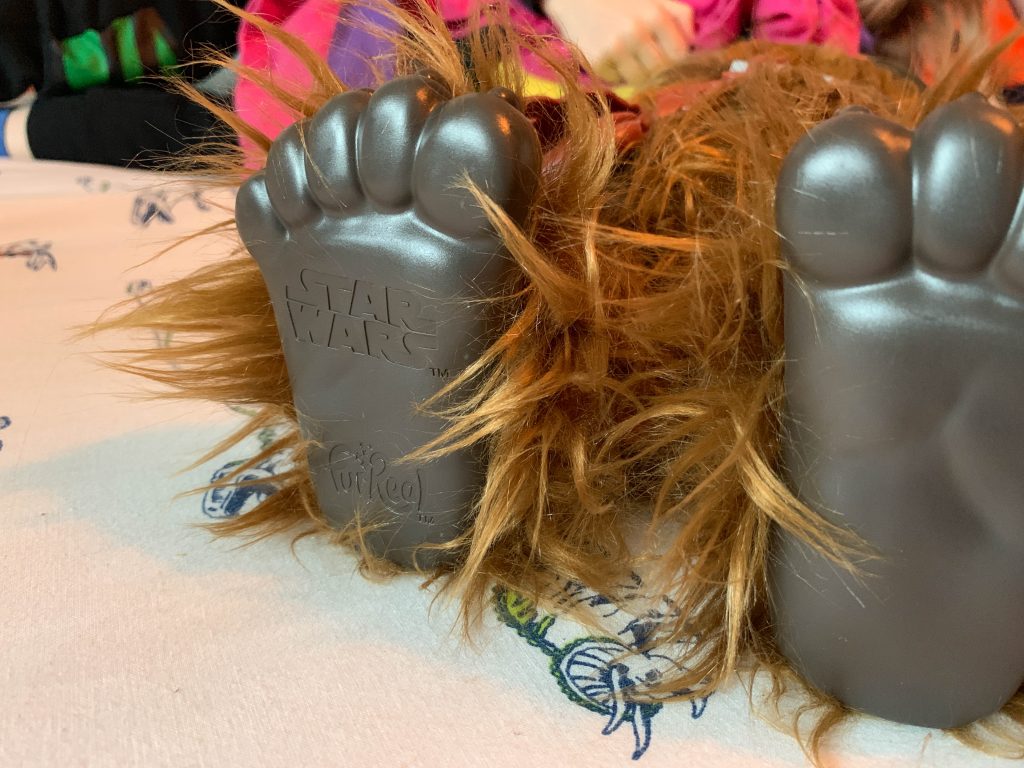 Our first impressions were really good. The Ultimate Co-Pilot Chewie includes the figure, bandolier with satchel, and instructions. You will need 4 x 1.5v AA alkaline batteries although demo batteries are include (and we haven’t had to replace ours yet). 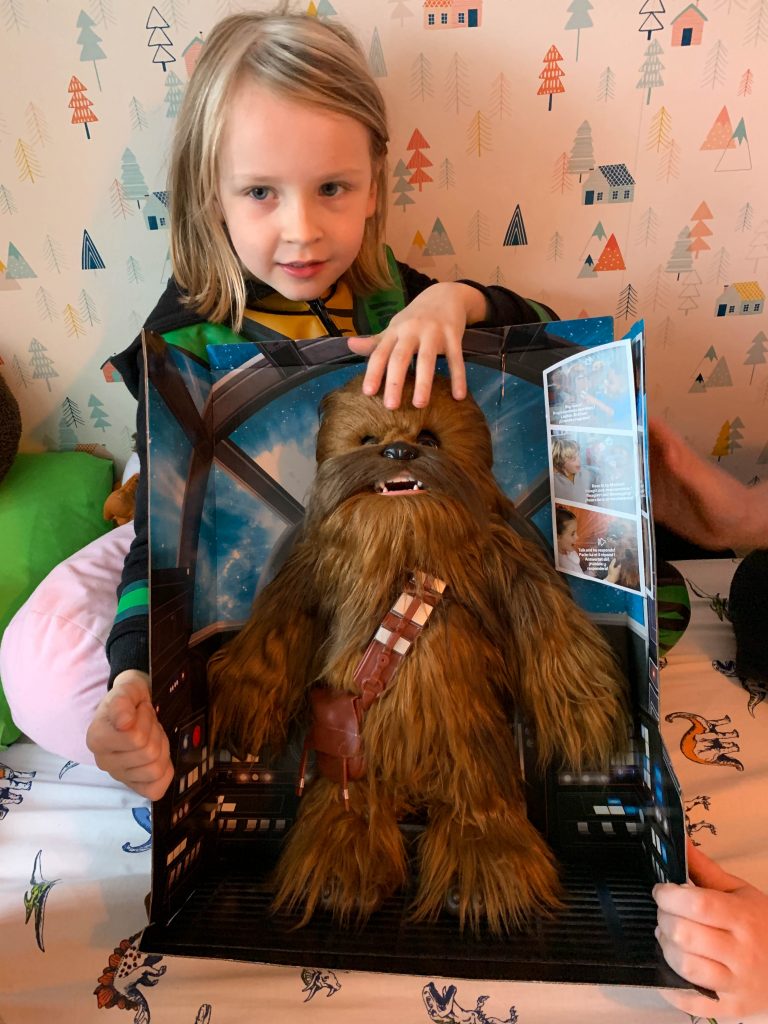 We carefully removed Chewie from his box so we could interact with him. He reacts whenever he’s in motion (sometimes in surprising ways), and responds in the Wookiee language when he’s spoken to. My 8 year old actually has a Hoe To Speak Wookiee book which he went to get, sadly it didn’t help us understand Chewie 🙂

As you would expect from a FurReal toy this is a high quality interactive plush toy featuring 100+ sound-and-motion combinations. My children absolutely adore Chewie’s expressions and noises. You can touch his head and tummy, lay him down to sleep and even swing him around – all provoke reactions from Chewie. We love the way he raises his arms. His hair is super soft and you can brush through the gel to make it even softer. Take a look at the short Star Wars Ultimate Co-Pilot Chewie unboxing video we made:

What do you think? We absolutely love Chewie. He’s small but his huge personality shines out. He’s available from all good toy shops including Amazon (affiliate link) priced £119.00.