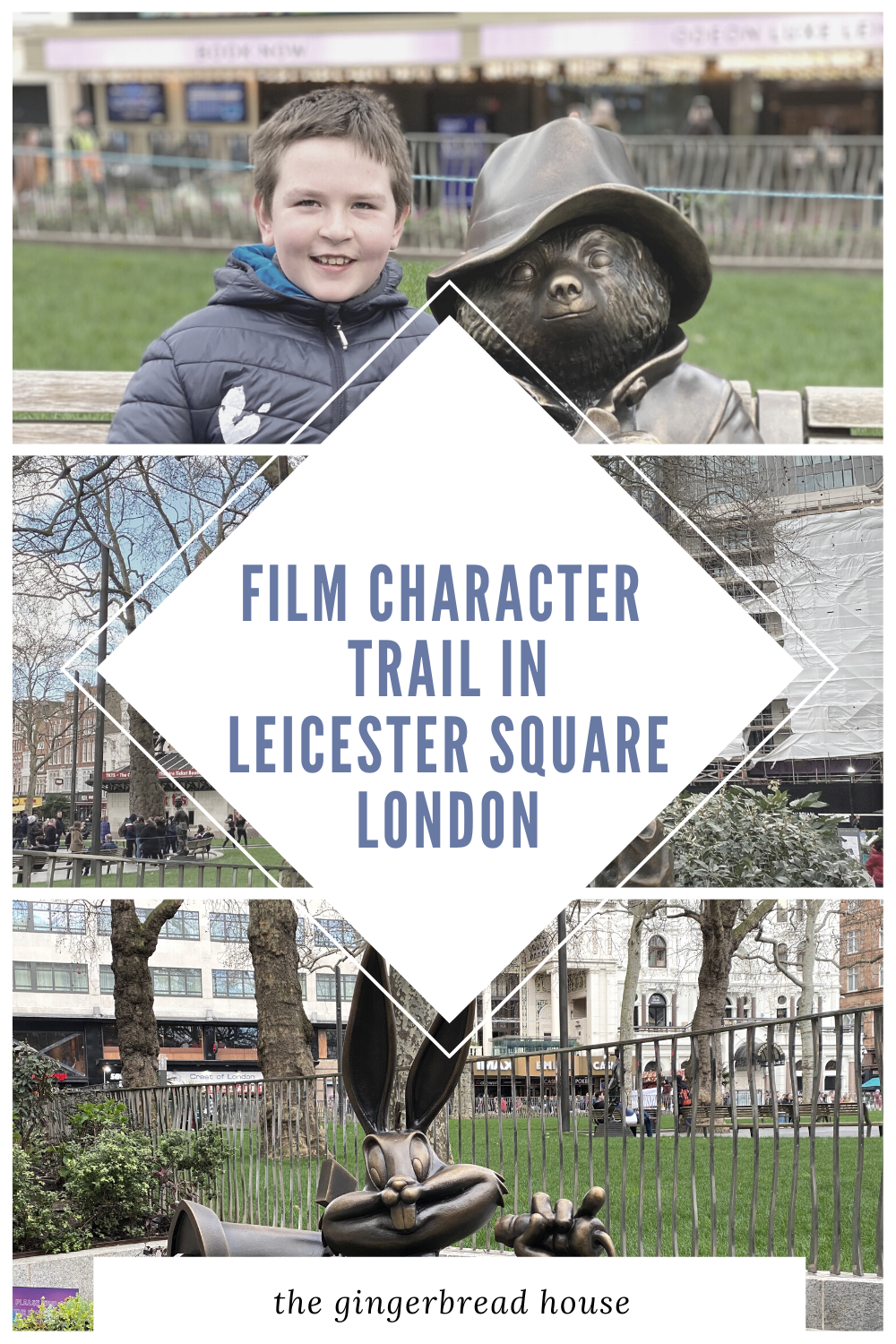 We love a public art trail. They are are a great way to encourage my kids to walk and it’s been a while since we explored the Walking with the Snowman public art trail at London Bridge City last year. Today we spent a day in London as we were invited to watch a preview of My Spy (it’s a really funny film and I will be telling you all about it soon). Whilst we were in London we made a visit to the Lego Store and had time to explore the new film character statue trail in London’s Leicester Square.

Scenes in the Square, Leicester Square

The film character statue trail in London’s Leicester Square has only recently opened and is free to visit. I’m not sure if the public square in the centre of Leicester Square is locked over night, but some of the statues are inside the gardens, and some are outside the railings. 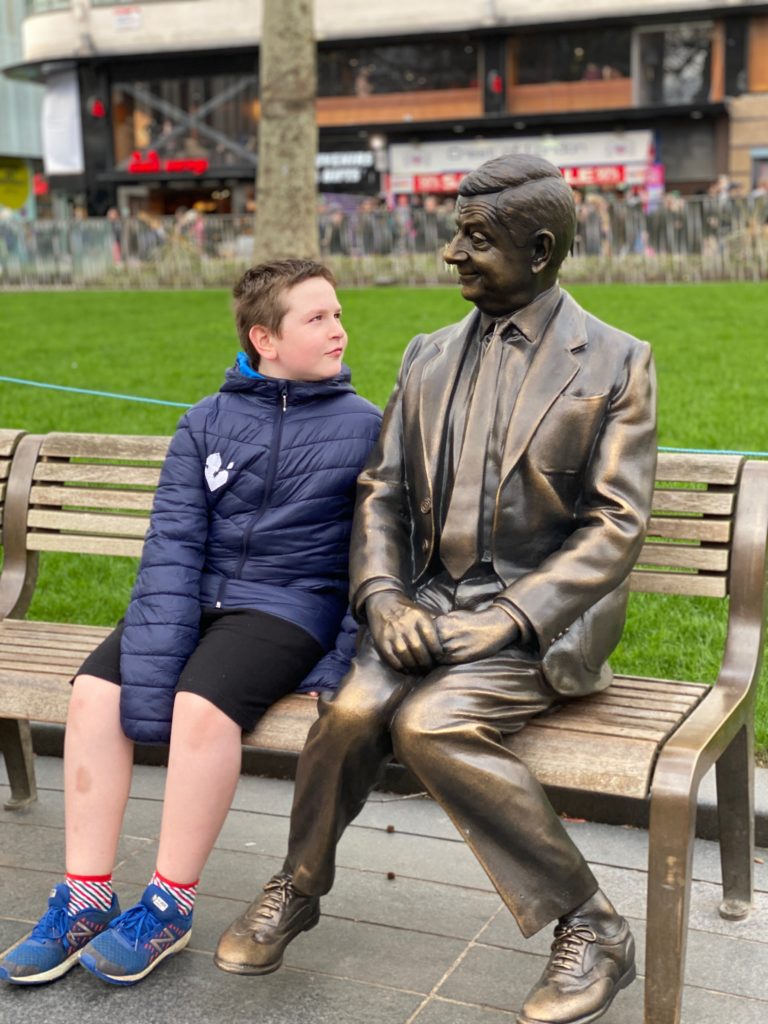 The statue trail features 8  bronze statues, and celebrates a century of cinema. I’m not sure how they chose the 8 characters which include Mary Poppins, Paddington Bear, Mr Bean, Laurel and Hardy, Bugs Bunny, Batman, Gene Kelly and Wonder Woman. Each statue represents a different decade from the 1920s to the present day. 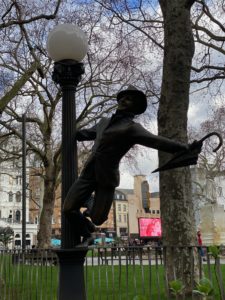 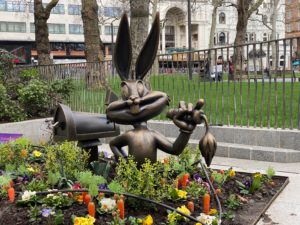 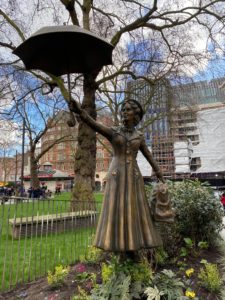 We mistook the statue of Charlie Chaplin for part of the statue trail but it’s actually a permanent resident of Leicester Square! There is a statue of Wonder Woman bursting through a wall somewhere, just look for the map of the Scenes in the Square as you enter the gardens to find the exact location of all of the statues.

You will have to look up for some of the statues. Batman and Laurel & Hardy can be found up high! 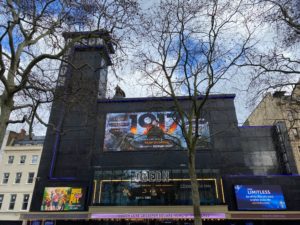 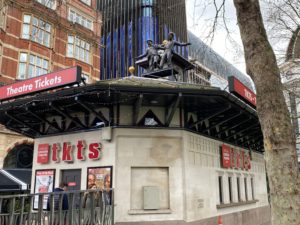 This is a great trail for the whole family as I’m sure everyone will recognise the famous film characters. My favourite was Paddington and there were lots of people waiting patiently for their turn to sit next to Mr Bean or Paddington Bear. 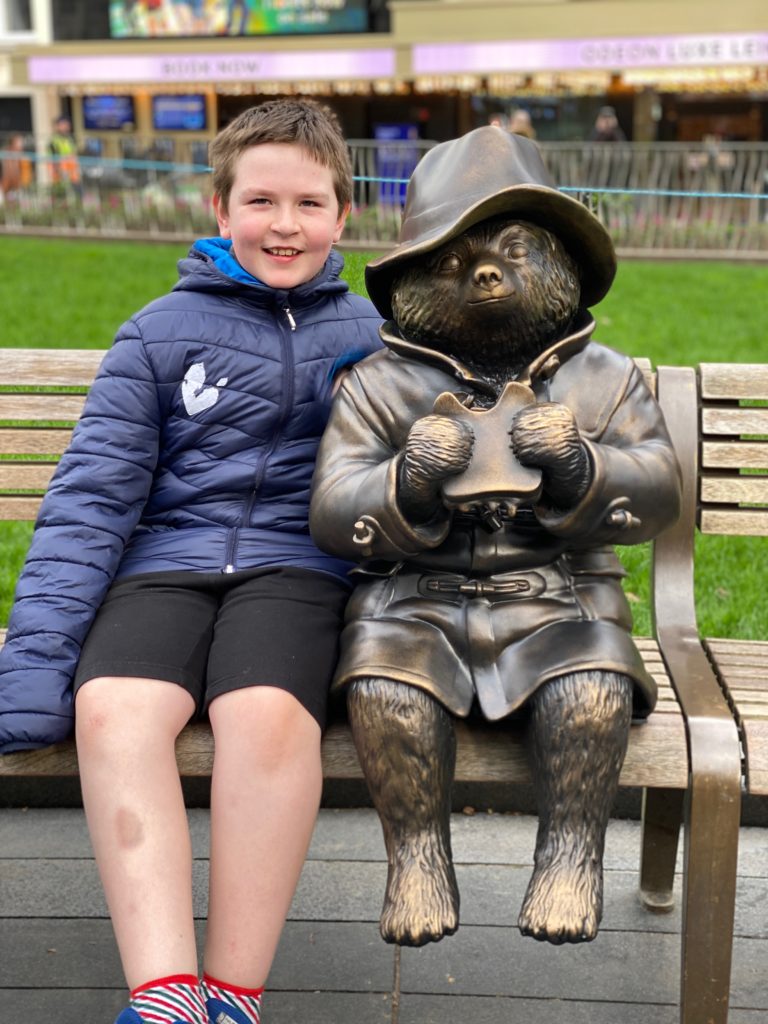 The trail is free to visit and the statues are available to see until June 2020.