Exploring the Thames foreshore with kids 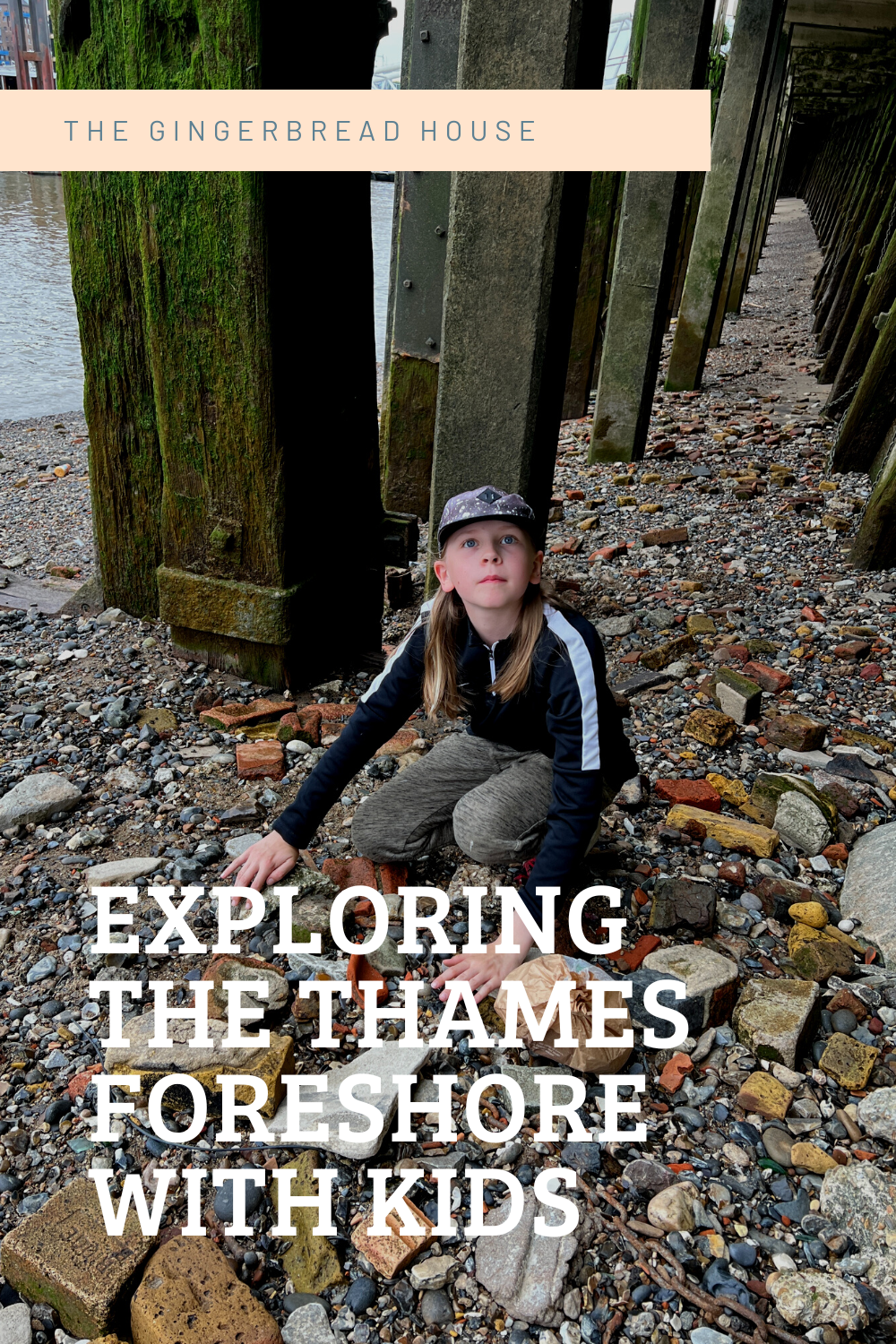 We love living in London and go as often as we can. There is always so much to see and do and a day out in London doesn’t need to cost a lot of money. A few weeks ago I took my daughter in London for a day out. We visited Sky Garden (for free), walked around the wild flower moat of the Tower of London (not free) and tried to visit as much of the chimpanzee sculpture trail as we could (free!).

Exploring the Thames foreshore with kids

We bought some sandwiches for lunch and couldn’t decide where to stop to enjoy them. We walked over Tower Bridge and found a spot by the river looking down into the Thames. The tide was out and we noticed some people on the Thames foreshore and thought we would like to get down there too. We found Horsleydown Steps which took us right down onto the Thames foreshore where the tide was out.

The view was amazing and we could see Tower Bridge, the Tower of London with plenty of boats going past. A couple of years ago we saw a seal in the same spot so were very happy with such a view whilst we enjoyed our lunch. There were other people on the foreshore and there was plenty of things to spot and talk about. 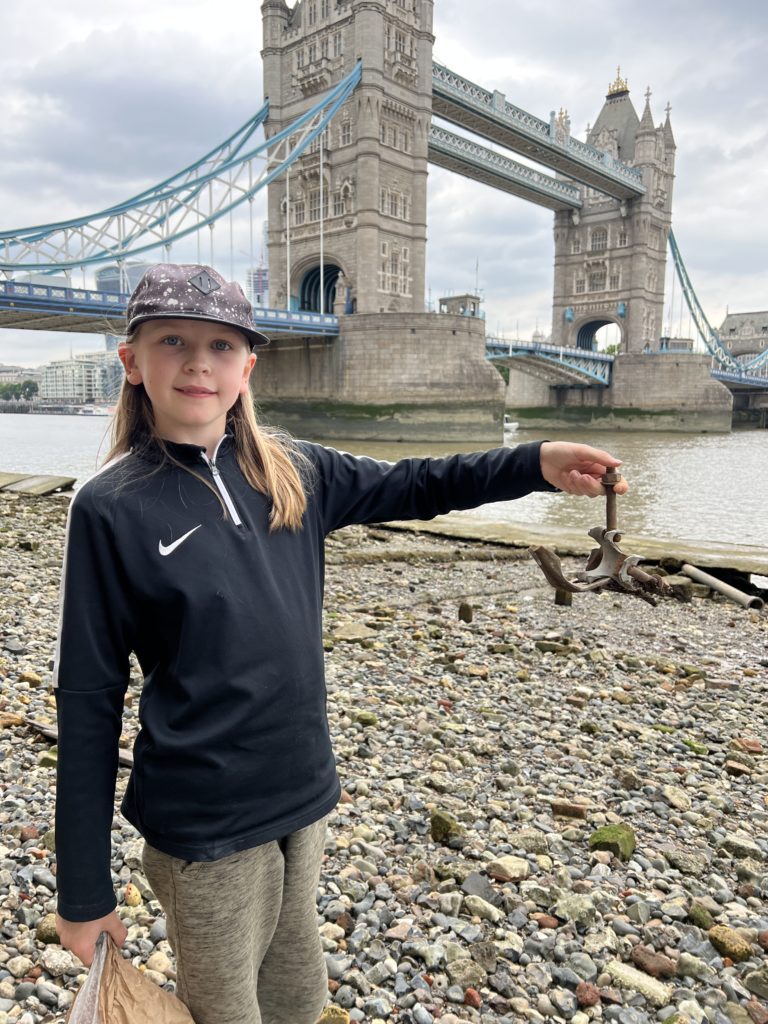 My daughter soon started to spot ‘treasures’ on the foreshore. It was a very stony beach with lots of old bricks and building materials. She couldn’t help but find bits of pottery, pipe stems and more modern things too. We found modern coins, a bicycle wheel, some scaffolding transoms and all sorts. Of course there were yucky things too, such as syringes and lots and lots of broken glass so you do need to be careful what you touch.

She was fascinated by everything and had lots of questions about everything she saw. It was a great learning experience and a fun way to talk about the history of London. People have been mudlarking for years on the Thames foreshore. You are not allowed to take items from this bit of the foreshore (or use a metal detector or ‘dig’) but you can still have lots of fun looking!

There’s a great installation at Tate Modern at the moment called Tate Thames Dig. It’s a beautiful wooden case, the kind you would expect to see in an old fashioned museum. In 1999 Mark Dion and a team of volunteers combed the foreshore of the Thames at low tide along two stretches of beach at Millbank and Bankside, near Tate Britain and Bankside Power Station. 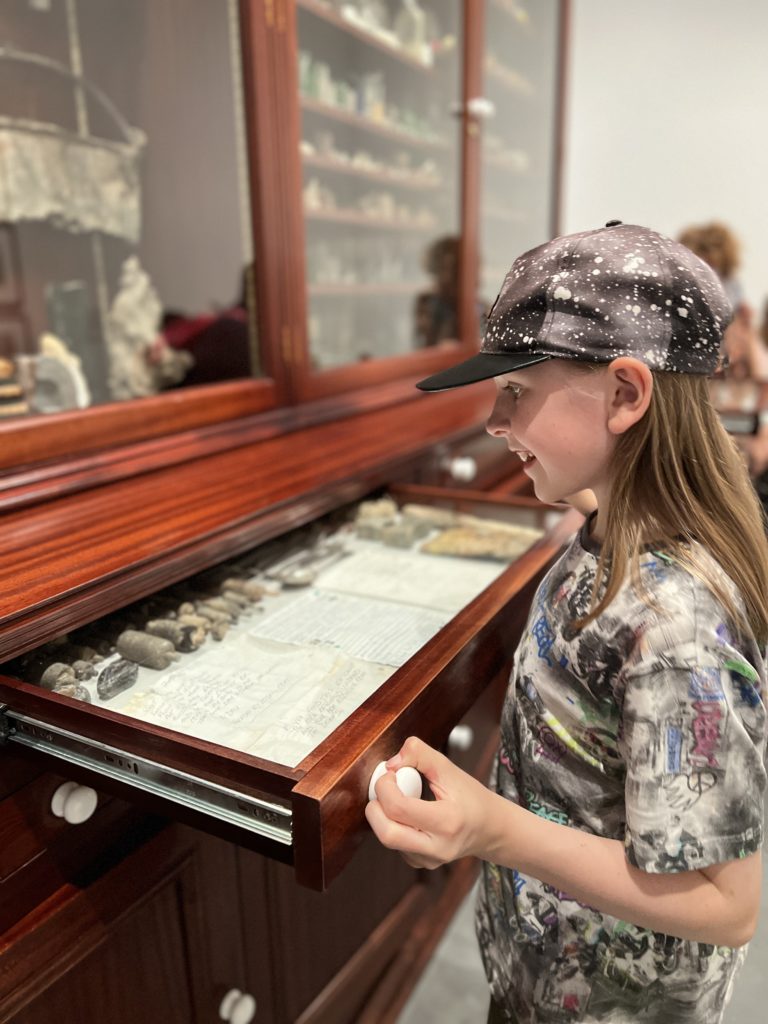 They collected large quantities of items, including clay pipes, decorated shards, oyster shells and plastic toys. The finds were cleaned, classified and loosely displayed according to type. We loved pulling out the drawers and spotting items we had also seen on the foreshore.