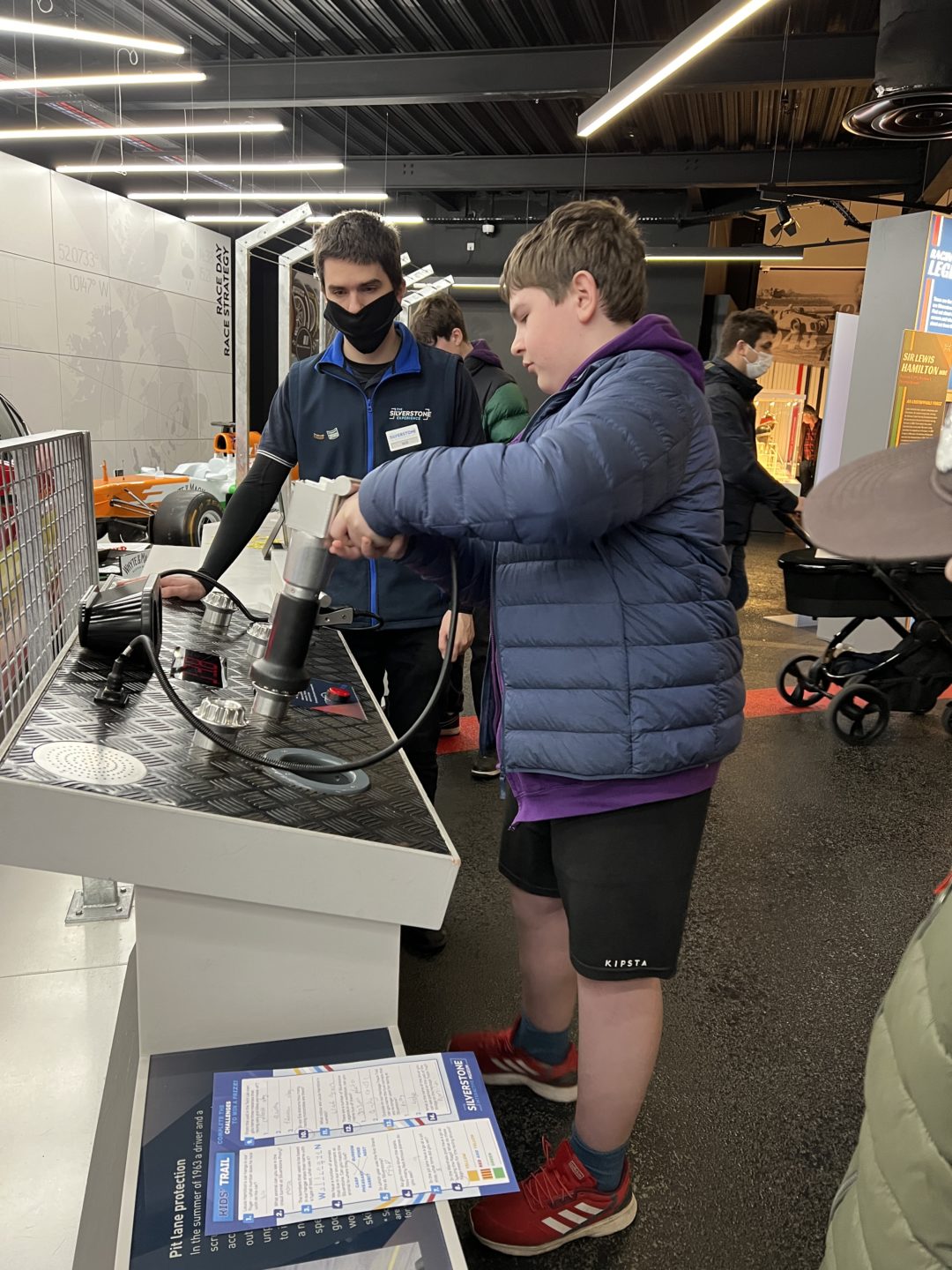 It seems a while since our first visit to Silverstone. With the whole family fans of F1 it was a no-brainer when we received an invitation to Silverstone to take part in their Lap of Lights experience at Christmas. We had so much fun and couldn’t wait to go back and visit the Silverstone Interactive Museum.

The Silverstone Interactive Museum is a great day out for the whole family. The museum is spread across two levels.

Upstairs you will find the history of Silverstone, from its mention in the Domesday Book right through to the important role it played during the Second World War. The site developed from bomber training to a racing track where the first British Grand Prix was held in 1948. Today the museum is housed in one of the old Second World War hangars. 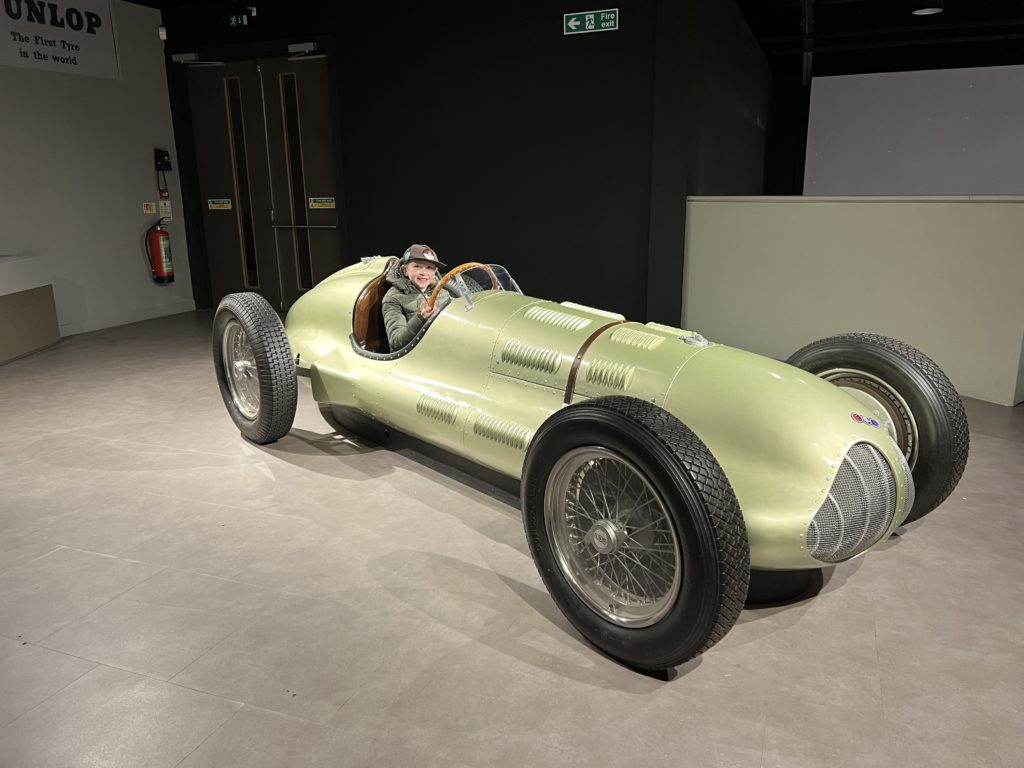 The downstairs part of the museum is dedicated to British motor racing with plenty of vehicles to look at. There’s a special exhibition room, as well as a cinema and podium photo opportunity. 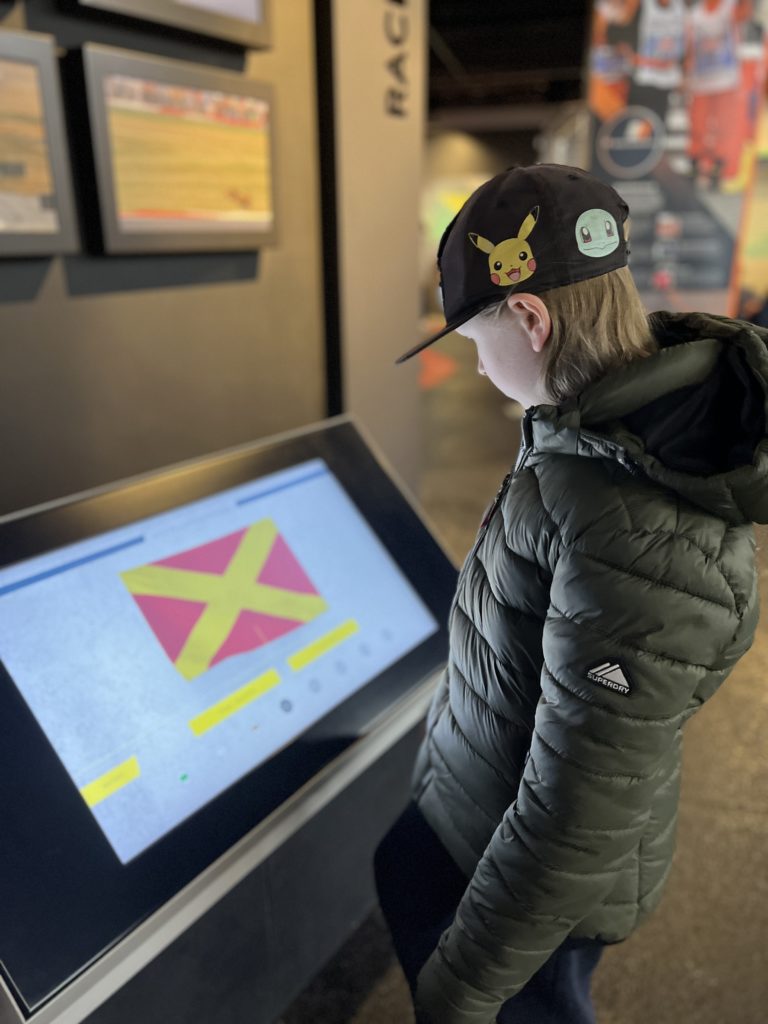 We spent about 3 hours at Silverstone as there was so much to see and do. It really is an interactive experience and this helped keep the kids busy whilst we could read the information. Both the kids took part in the kids activity trail which also helped them to learn whilst we walked around.

There were plenty of interactives to try out although some of them had quite a queue for. Little Sis loved the  activity trail although we needed a little help from the staff to find all of the answers. Big Brother is a big F1 fan so he enjoyed some of the more grown up interactives, and insisted on posing for a podium photo at the end. 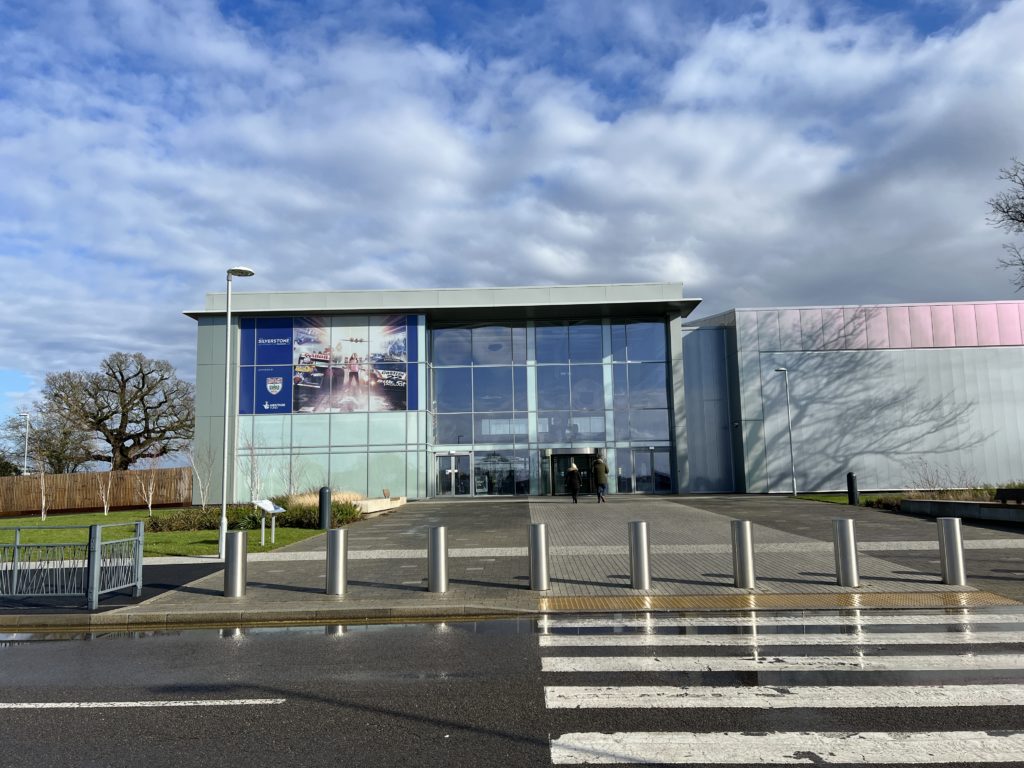 We stopped for lunch half way round and had an amazing view of the race track. Unfortunately we were unable to visit the outdoor heritage track trail due to the poor weather which was a shame as this is a big part of the appeal of Silverstone.

We had a great visit although the place was very busy which made it difficult to try out some of the interactives and some areas were real bottle necks. We would love to go again but would probably try during the week or first thing so it was a bit quieter.