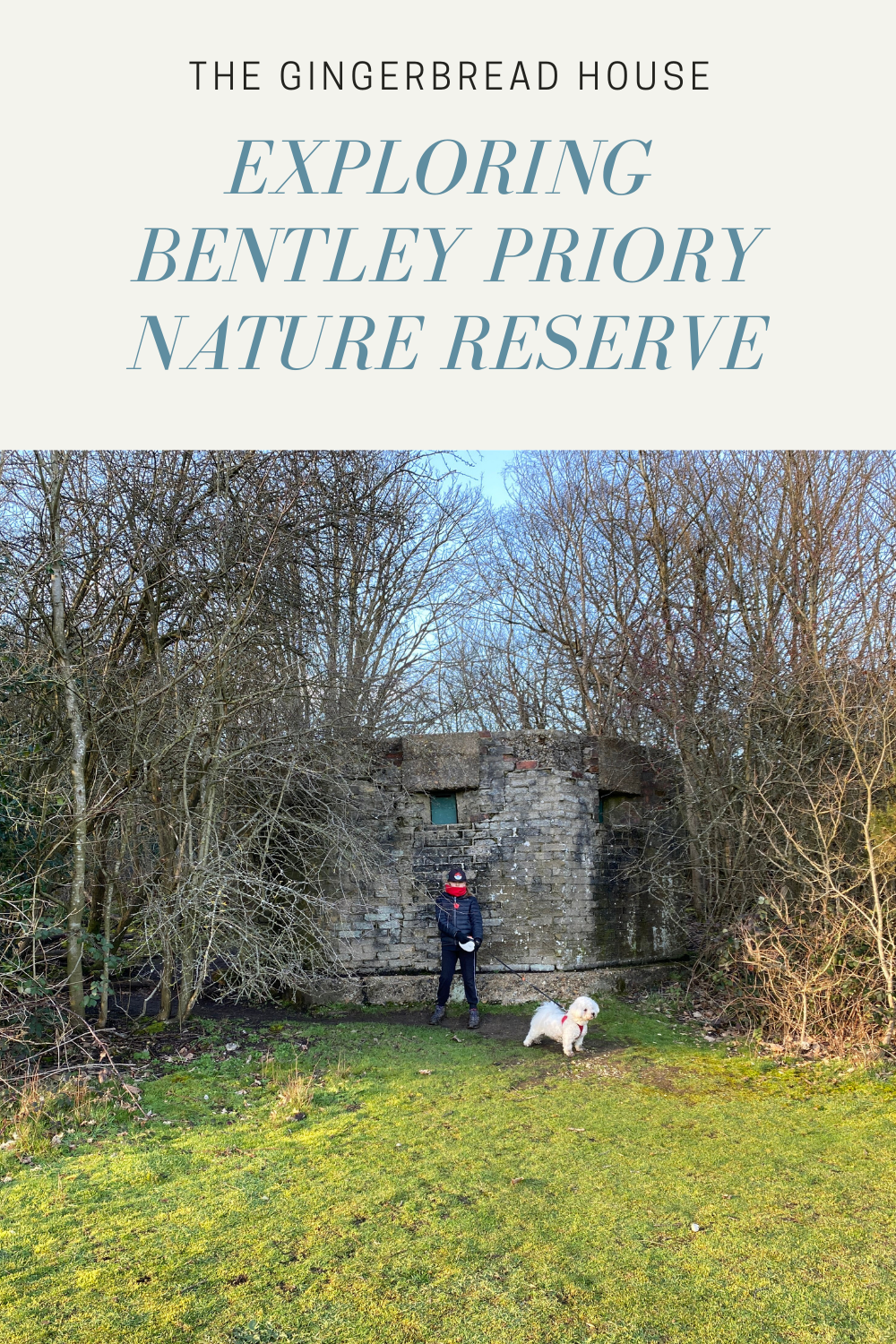 Bentley Priory itself was the final home of the Dowager Queen Adelaide, Queen Consort of William IV, before her death there in 1849. Bought by the RAF in the 1920s The Royal Air Force station was closed in 2008 and the original house was turned into an exclusive housing estate. The Bentley Priory Museum is situated in the old RAF Officers’ Mess which tells the story of their role in the Battle of Britain. There are also the remains of the old underground bunker which oversaw Fighter Command activity across the country.

Bentley Priory Nature Reserve was created when the estate was sold off and consists of meadows, woodlands, two ponds and a private deer park. We followed a hard path through the grounds before venturing off into the woodlands. We couldn’t get very close to Bentley Priory but we did discover an old Second World War Type 24 pillbox in the grounds. 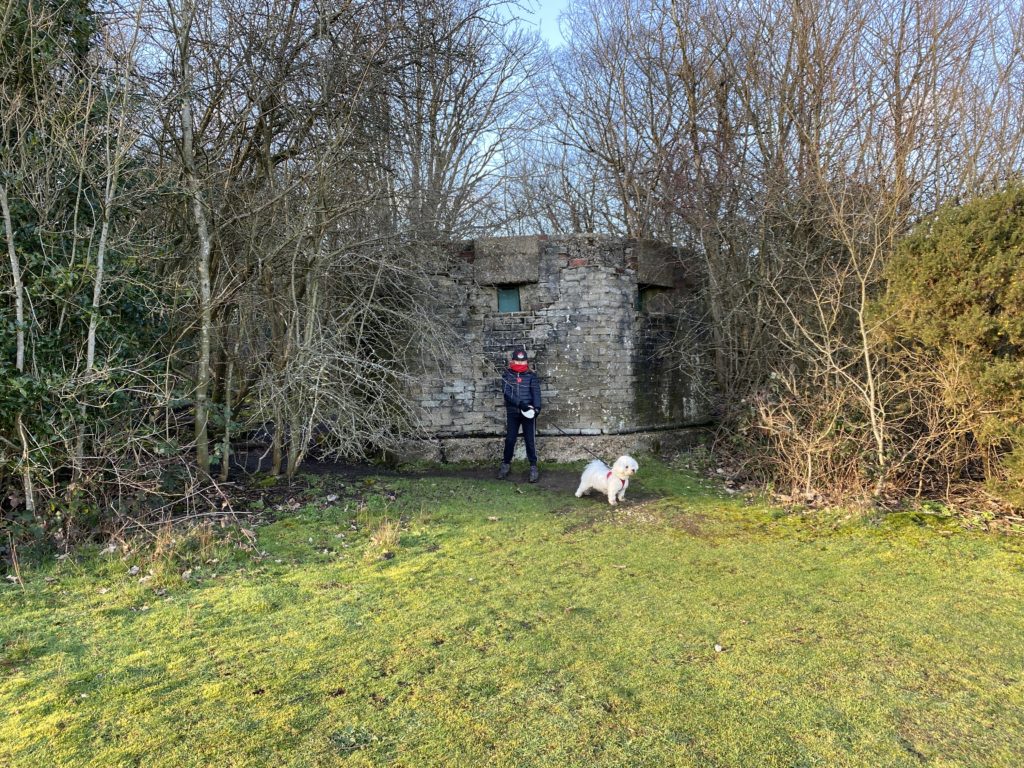 There are lots of paths through the nature reserve. Due to the recent rain it was very muddy, not that a bit of mud stopped us from exploring. 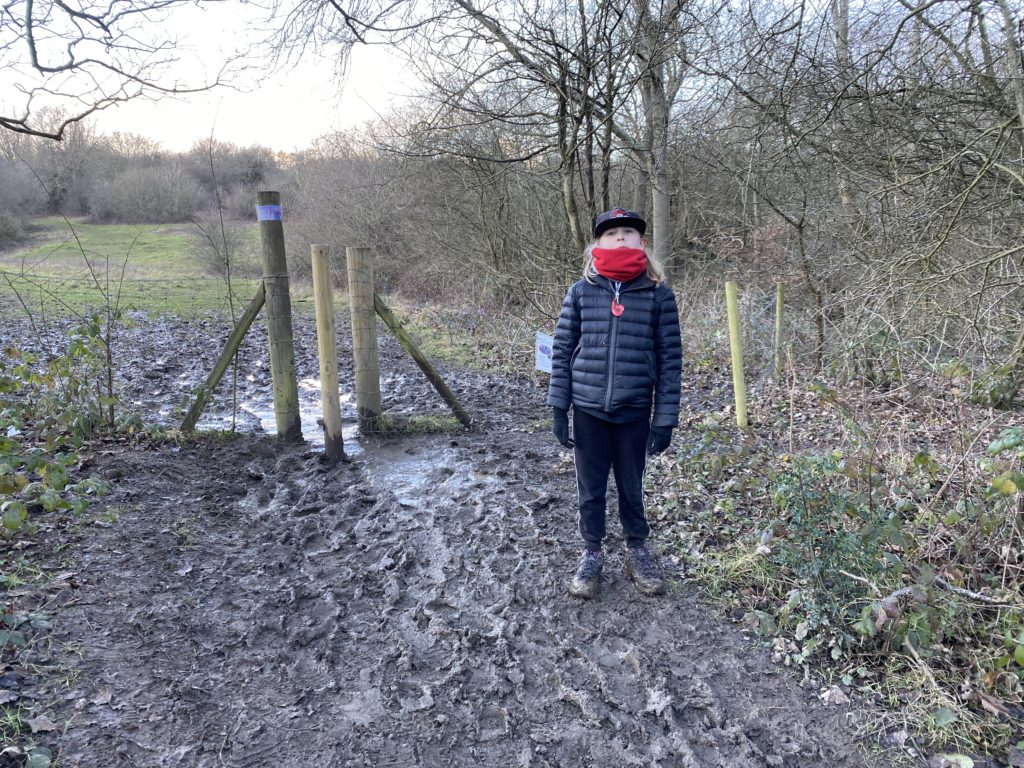 We walked down as far as one of the ponds. I’d love it say it was less muddy but it was muddy everywhere! Thankfully we all had our wellies on and I think the kids enjoyed getting stuck in the mud. Of course our little white pup soon turned a muddy brown. 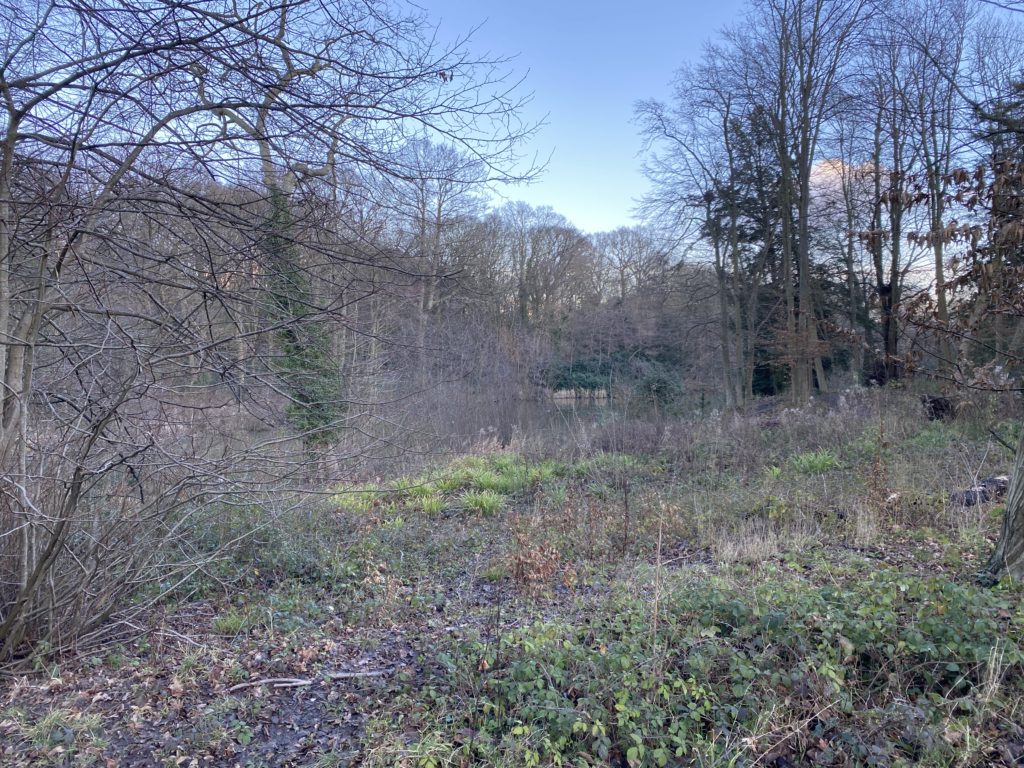 I think we hardly saw any of Bentley Priory Nature Reserve but of course that’s a great reason to go back again soon. There are lots of other things we wanted to find including the “Master” an ancient oak with a circumference of 9m. Although we walked up the side of the deer park we didn’t see any deer which disappointed the children (and us). 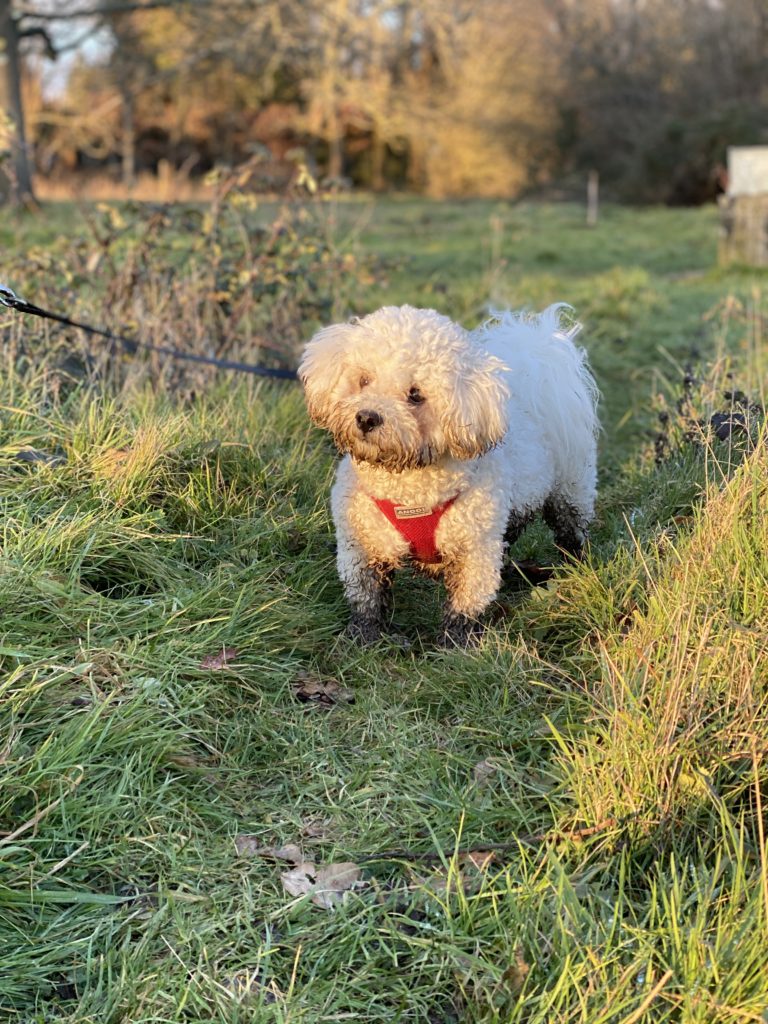 If you’re looking for somewhere to park to access Bentley Priory Nature Reserve then I would recommend the free car park on Warren Lane at Stanmore Common. It’s a small car park (and perfect for exploring Stanmore Common) and only a short walk away from Bentley Priory Nature Reserve. There are other entrances to the park from different parts of Stanmore.