A day with London Fire Brigade 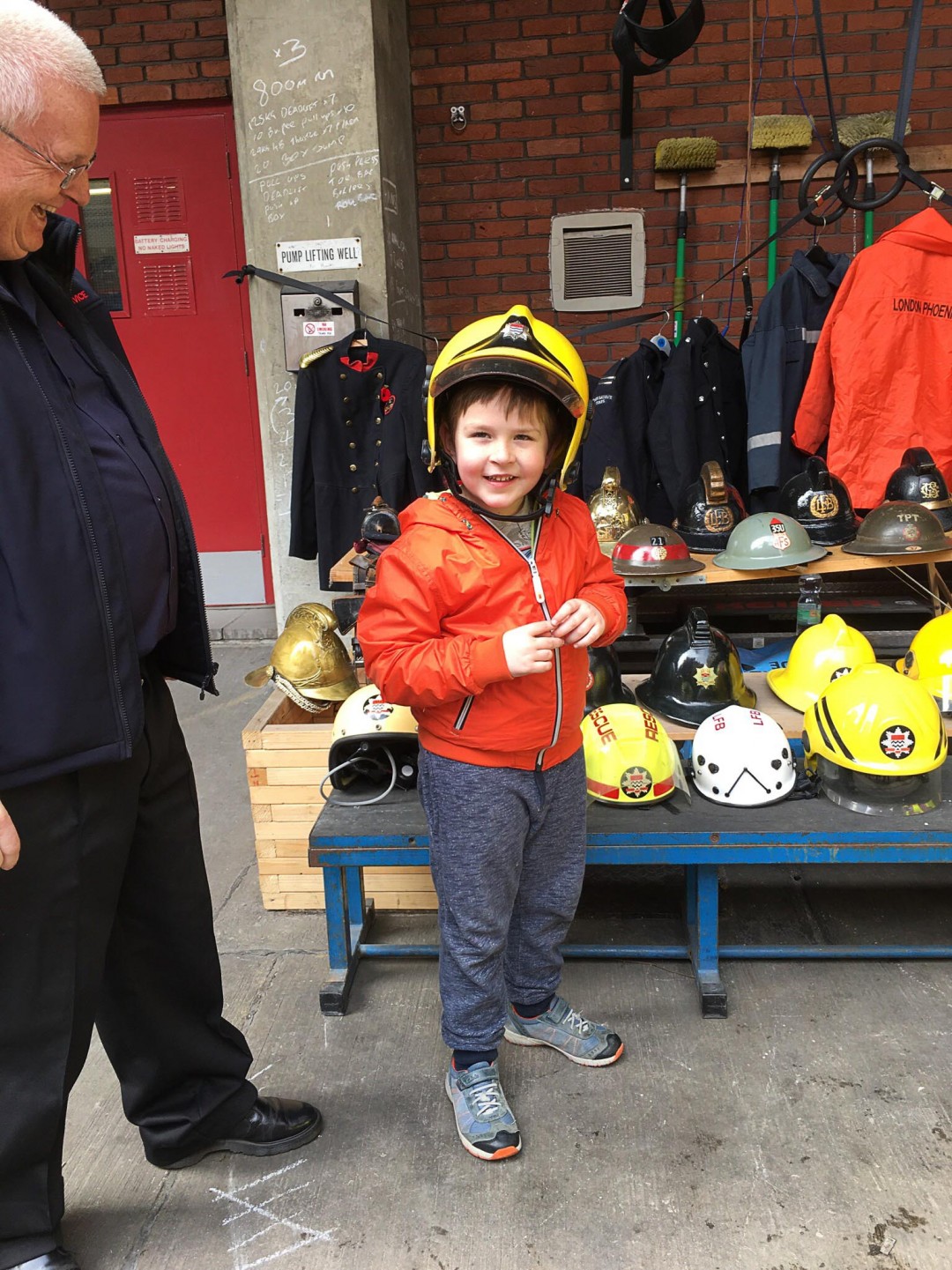 Last month I mentioned that London Fire Brigade fire stations will be hosting 65 collaborative open days with Playmobil across the capital throughout 2016 to teach children about fire safety in the home. These events are part of their 150th anniversary and today we attended the Playmobil VIP launch party at Soho Fire Station to kick off these open days.

It was great to see behind the scenes at the fire station. Soho is London’s busiest station covering famous theatres, hotels and London landmarks such as Buckingham Palace and Horse Guards Parade. The present station dates from the 1980s but there has been a fire service in Soho since 1699. We saw historic and modern fire engines, and the children loved being able to see inside them. There were colouring sheets, a special birthday cake made by East Greenwich firefighter (and 2015 Bake Off contestant) Mat Riley, as well as all the latest Playmobil toys. Limited-edition London Fire Brigade versions of fire engines and cars have been created and 10% of proceeds will be donated to the Brigade’s charities. Toys are available to purchase at the open days and from Playmobil customer services. 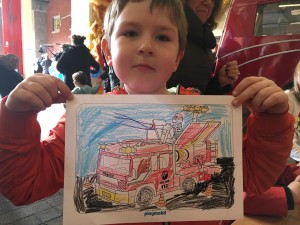 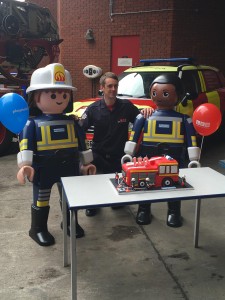 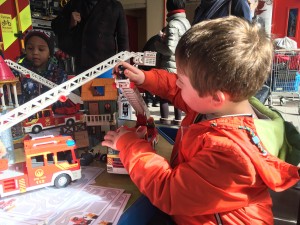 The children loved the larger than life Playmobil figures! You can find a full list of all participating fire stations here.