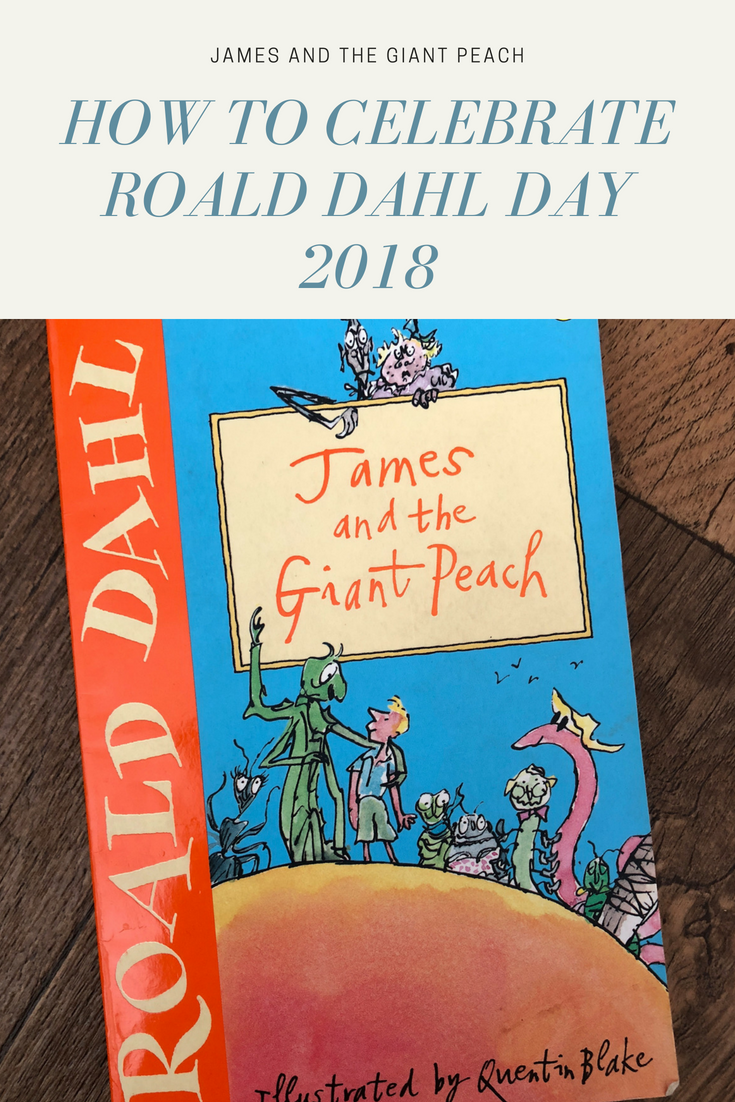 Roald Dahl Day is the annual, global celebration of the world’s number one storyteller, his beloved stories and unforgettable characters. Roald Dahl Day happens on and around September 13th, which was the author’s birthday. What parent doesn’t love sharing these stories with their children? We are looking forward to all the activities next month.

How to celebrate Roald Dahl Day 2018 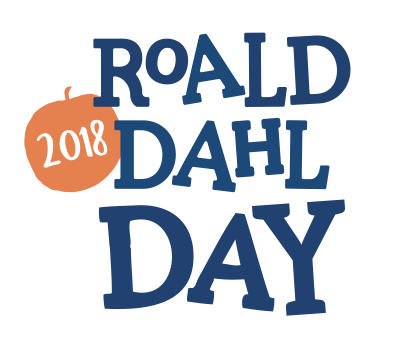 Celebrating James and the Giant Peach
This year, Roald Dahl’s very first novel for children, James and the Giant Peach is the focus of the celebrations. This is a story which shows young readers that friends can come in the most unexpected forms – including an Old Green Grasshopper, a Spider and a Centipede – and arrive in the most surprising and magical places – inside a Giant Peach. At the heart of the story is James Henry Trotter – a small but tough orphan, who discovers he can achieve the seemingly impossible with  imagination, determination and a little help from his amazing and delightful new friends. To highlight the magic of JAMES, get ready for magical happenings worldwide in schools, bookshops, museums, forests and other venues… including the arrival of giant peaches, giant musical bugs, peach volleyball and chocolate-making workshops…

James and the Giant Weekend
The Roald Dahl Story Company is joining forces with London’s iconic Natural History Museum to deliver JAMES AND THE GIANT WEEKEND – a family festival taking place on Saturday 8 and Sunday 9 September. Over both days the Museum, home to the most scientifically-important Collection of its kind anywhere in the world, will stage numerous activities and events for families to explore the natural world, as celebrated in the story. Join the Museum’s expert bug detectives to uncover marvellous minibeasts in the Wildlife Garden, meet Museum scientists, see real specimens, get hands on and learn more about the fascinating real lives of James’ minibeast friends. Take the “What Bug Am I?” quiz and create your own wearable antennae. Join the visiting team from the Roald Dahl Museum and Story Centre for a “Whizzbanging Words” session, and reveal Dahl’s original workings for the story. Then take a well-earned rest in the Darwin Centre courtyard for some entertainment provided by three Giant Musical Bugs!

Forestry Commission:
Launching on Roald Dahl Day itself – September 13th  – is a giant collaboration between the Roald Dahl Story Company and the Forestry Commission, to encourage kids to explore their natural surroundings in local forests after school, meet their very own insect friends and learn about their habitats with the launch of “My Forest Adventure Kit”. Forestry Commission sites across England will be running James and the Giant Peach themed events over weekends in September – with some bonus events over October half-term! The activity-based events will include peach volleyball, centipede races and crafting creatures. The kit includes a forest adventure activity booklet, fold out binoculars, a collecting tray for careful examination of bugs and forest items, plus much more.

Roald Dahl Museum & Story Centre
The Roald Dahl Museum and Story Centre in Great Missenden, Buckinghamshire is currently closed until later in 2018 whilst they recover from a flood! However, you can join the Museum team for a JAMES-themed “Whizzbanging Words” session at Natural History Museum, South Kensington as part of JAMES AND THE GIANT WEEKEND on September 8 th and 9 th . Great Missenden remains a beautiful place to visit. You can walk in Roald Dahl’s footsteps, following the Museum’s Village and Countryside Trails. Join in with a Guided Village Trail, followed by cream tea at the Museum Café on Saturday September 22nd as part of the Chilterns Heritage Festival.

Roald Dahl Day Party Pack
Throughout the UK – and beyond – schools, libraries, bookshops and community groups will be hosting events to mark Roald Dahl Day using the official Party Pack, which is free to download from www.roalddahl.com/partypack2018. The pack – themed around JAMES AND THE GIANT PEACH and sponsored by Pritt – includes everything kids and the Sparky (NOT Spiky, NOT Spongy) Grown-Ups in their lives need to enjoy an amazing Roald Dahl Day. There is also a special digital-only pack for pre-schools focused on THE ENORMOUS CROCODILE.  The pack offers titchy chiddlers a great opportunity to get involved with Roald Dahl Day for the first time.

Puffin Virtual Live
Schools around the world will be gathering around the whiteboard in school halls and libraries for the annual Roald Dahl Day Show, created by Puffin Books. This year’s line-up includes: author and comedian Adrian Edmondson who’ll be sharing creative writing tips inspired by Roald Dahl; Rachel White, Collections Manager and Archivist from the Roald Dahl Museum and Story Centre; and meeting some of the incredible insects and scientists at London’s Natural History Museum. Schools can see their school shout outs on screen by using #RoaldDahlShow. Hosted by Ed Petrie, the show is live at 14:00 GMT on Thursday September 13th and free to watch then and “virtually live” at www.puffinvirtuallylive.co.uk

A new “fuzzy” edition of James, new audio and James’ Giant Bug Book:
Earlier in 2018, Penguin Random House published a new edition of James and the Giant Peach, complete with beautiful new cover artwork, by Quentin Blake, and fuzzy stickers. Accompanying this was a brand-new audiobook edition of James in binaural audio! The “3D” audio effect is a Penguin Random House first with the sounds of the squelching peach and soaring seagulls accompanying Julian Rhind-Tutt’s magical narration to deliver an unforgettable surround-sound experience. Penguin Random House also publishes James’s Giant Bug Book, which is packed with fascinating facts about creepy-crawlies and fun activities to try at home, including making an Ant Farm and building your own Bug Hotel!

Dahlicious Dress Up Day
In schools all over the UK, children – and teachers! – will be dressing up as their favourite Roald Dahl characters, thanks to the #Dahlicious Dress Up Day. Every dress-up makes a £1 donation to Roald Dahl’s Marvellous Children’s Charity which raises much-needed funds for seriously ill children by running the Roald Dahl Nurses programme which currently has 70 specialist children’s nurses in communities across the UK.

Roald Dahl board books for little chiddlers:
This year, for the very first time, Roald Dahl’s books have been adapted for the youngest of readers. Roald Dahl’s 1 2 3 and Roald Dahl’s Opposites are the first two books in a brand new series which retains all the original Dahl peril, humour and bite whilst being superbly adapted for babies and toddlers. Starring The Enormous Crocodile and a cast of curious creatures – illustrated by the inimitable Quentin Blake – these bright and sturdy board books are the perfect books to kick-start a little chiddler’s library.

How will you be celebrating Roald Dahl Day this year?

You may also be interested in our other Roald Dahl posts: