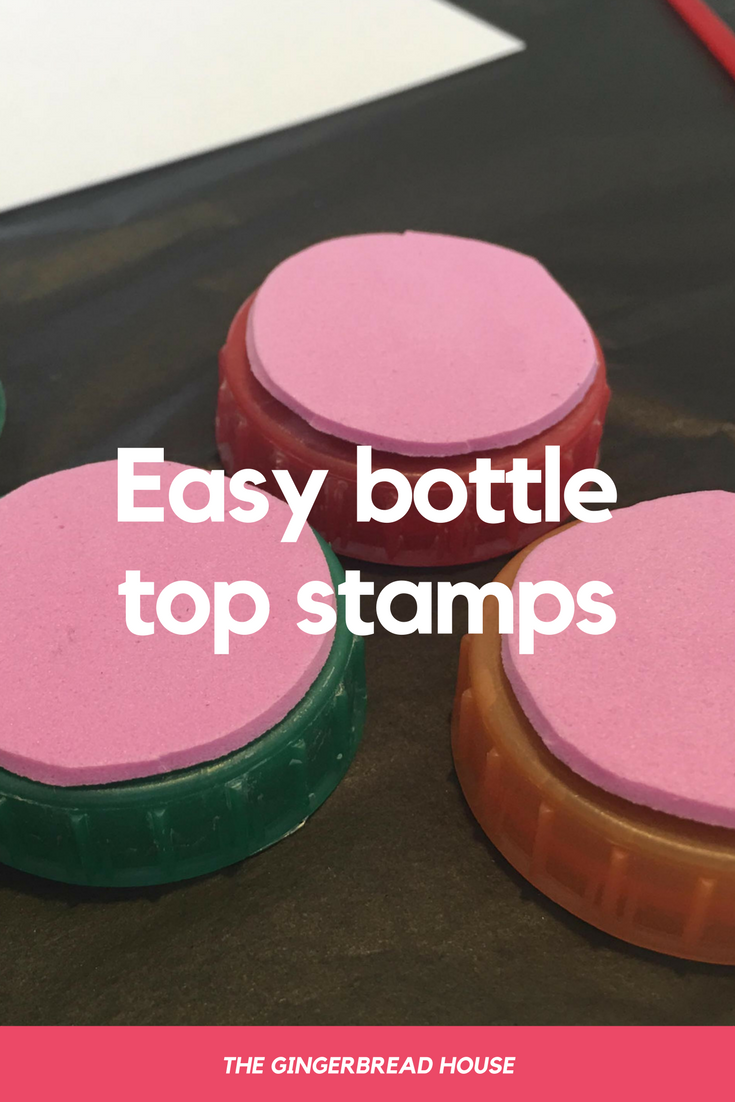 Today is the next letter in our A-Z Play at Home blog hop. Last week was the letter A and I have to admit I had loads more ideas for that letter after we had published! This week’s letter is B, so we are using bottle tops. I started saving these when my children were chomping their way through those squeezy fruit tubes when they were little. I guess it became a habit to keep bottle tops!

My son loves all things emoji at the moment so we came up with the idea of making stamps with the bottle tops. 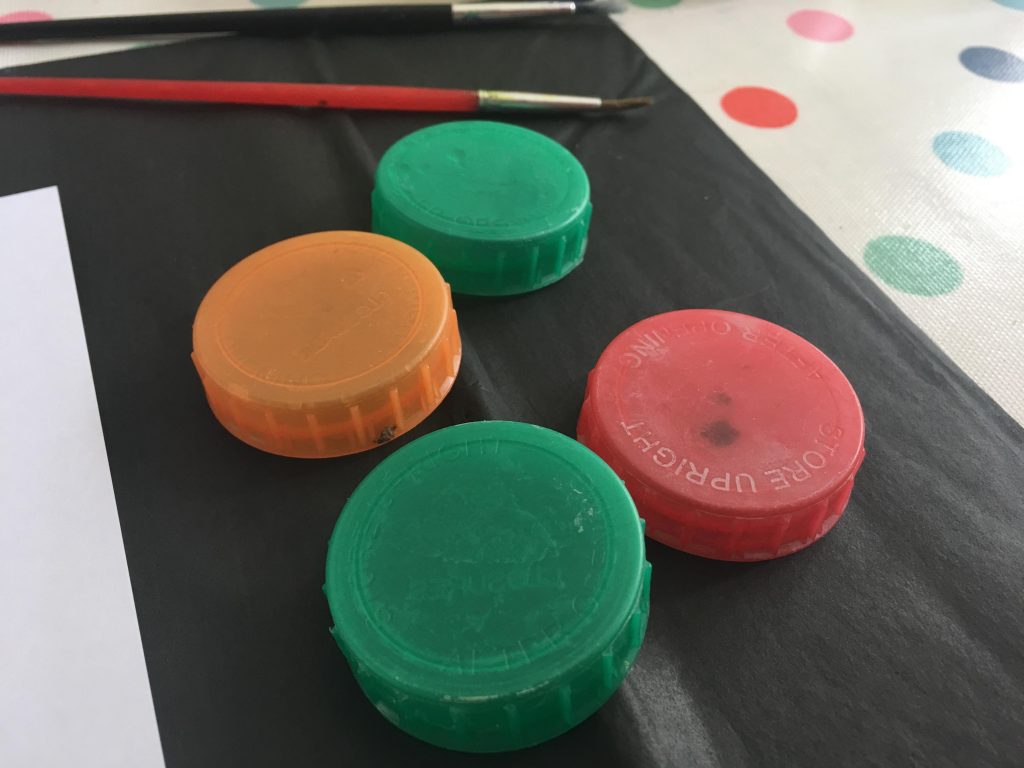 My son found something round to draw around, a similar size to the bottle tops. He carefully drew round it on the craft foam, cut them out and stuck them onto the bottle tops using sticky glue dots.

At the moment he absolutely loves emoji’s and I knew he wanted to design his own. He chose a bright yellow paint, poured some out onto a paint tray and dipped his homemade bottle top stamps in it. 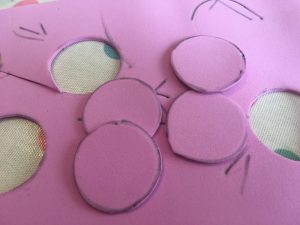 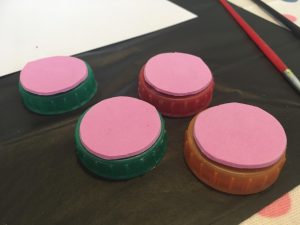 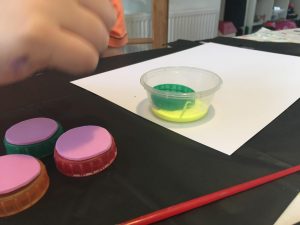 Then he placed them down on a sheet of card until he had a whole sheet of colourful circles. 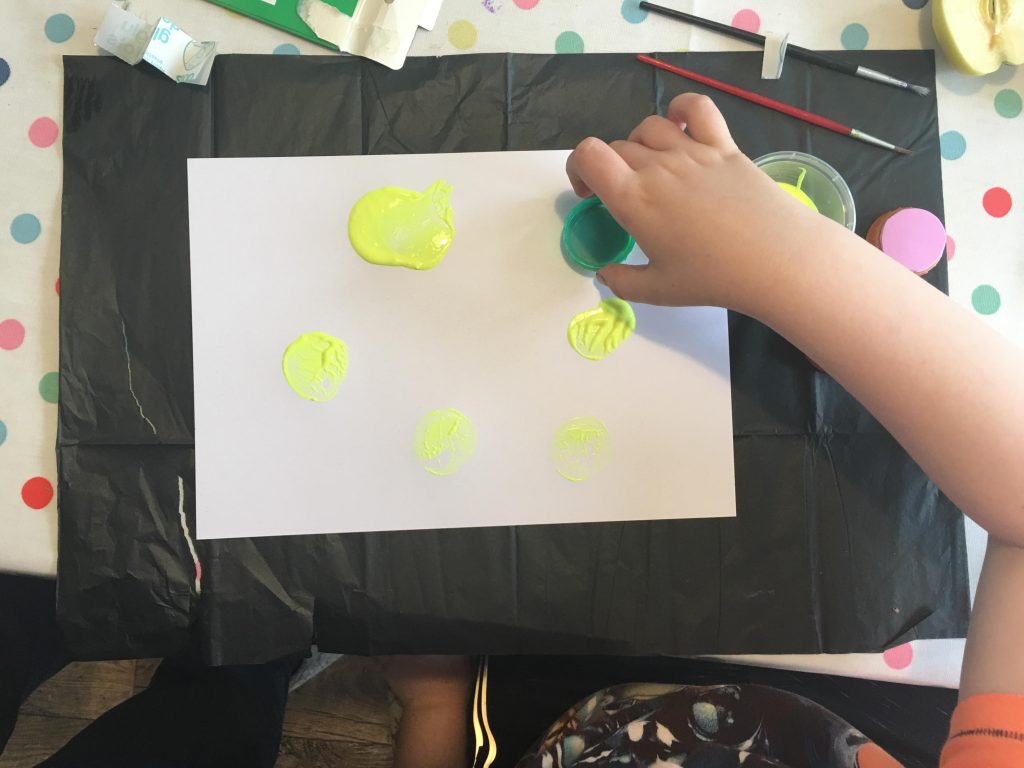 Once they were dry he was able to start designing his own emojis. He used Sharpies to draw on eyes and mouths, used heart stickers for eyes and enjoyed creating some crazy emoji faces of his own. If your children weren’t obsessed with emoji’s then you could cut different shapes from the craft foam and use different colours of paint to create lots of different art. Bottle tops are perfect for making into your own stamps as they are quite chunky for little hands to hold onto. I know my 5 year old would love to get her hands on our bottle top stamps and get creating too. 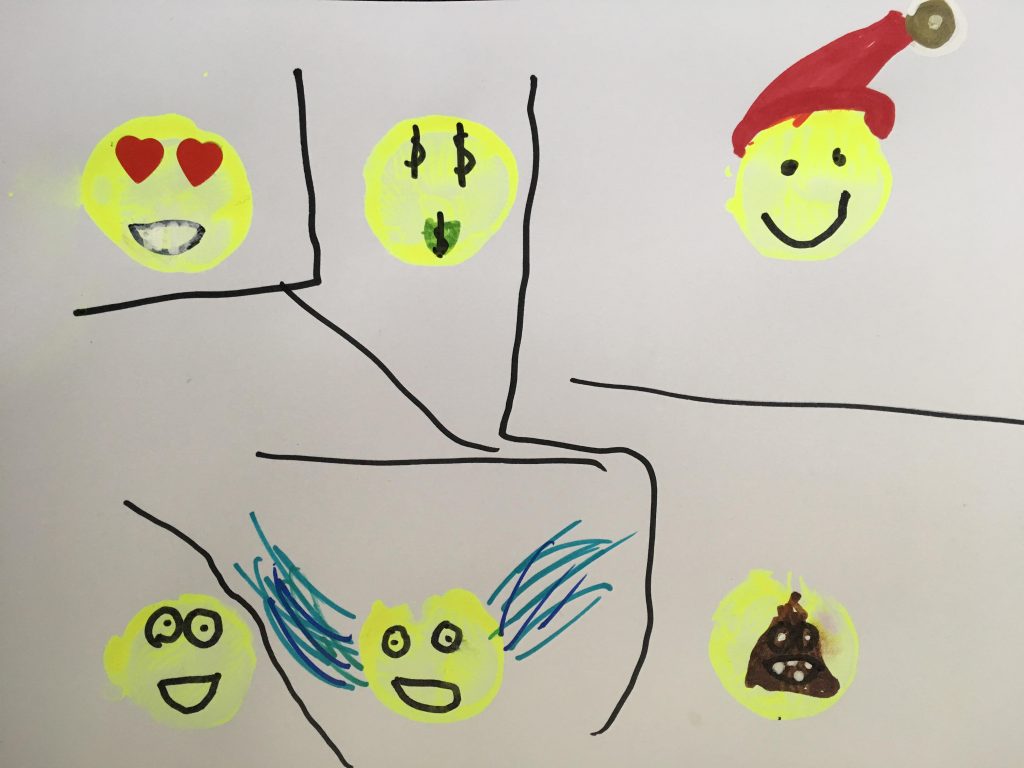 You can see how other bloggers have been inspired by the letter B here:

B is for Beach Party from Bambini Travel

Bug Hunt from Play and Learn Every Day