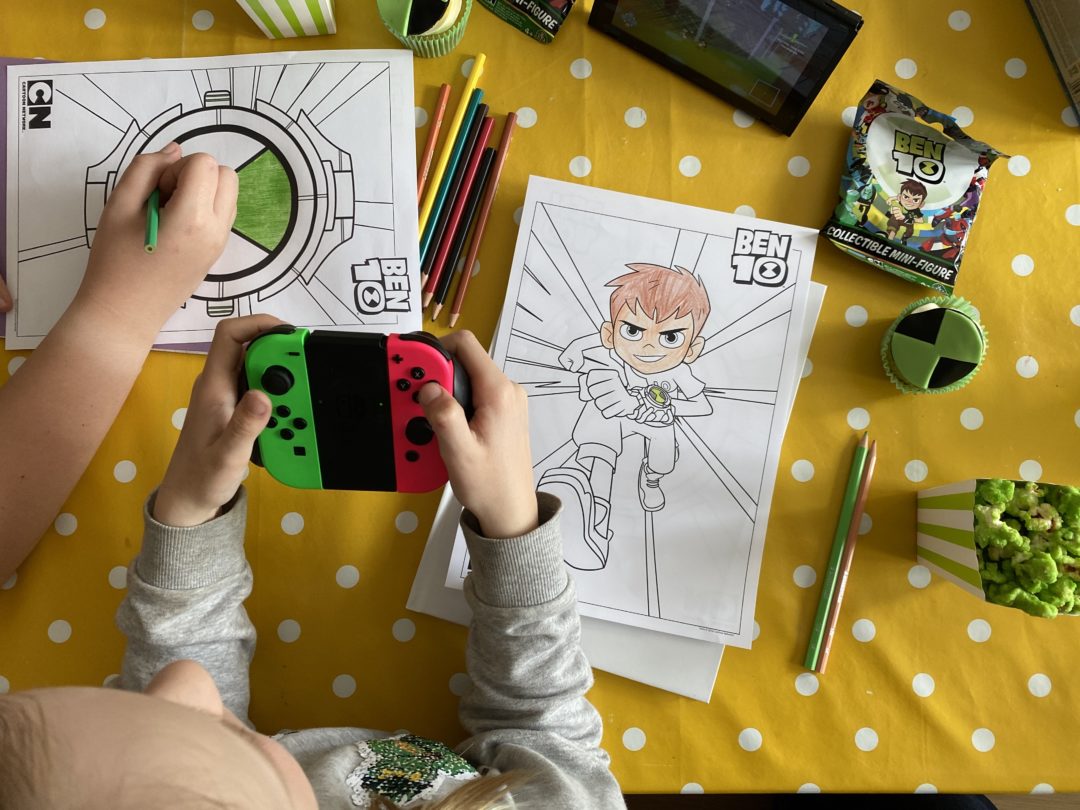 My daughter loves watching Ben 10. Ten-year-old Ben Tennyson discovers a mysterious device named the Omnitrix on a family holiday. This device allows him to transform into 10 different alien forms replete with unique superpowers. He has lots of adventures and is a great character to inspire my active 8 year old.

Fans of Ben 10 will be excited to hear about the new Ben 10 Power Trip video game which is released on Friday 9th October. We were given a sneak preview of the game and my children have been playing it ever since!

Ben and his family are enjoying their European vacation… until evil magician Hex unleashes the power of four mysterious crystals! Only Ben 10 can break the curse – so get ready to transform into powerful aliens to battle enemies, solve puzzles and freely explore an exciting 3D world. It’s hero time! With Gwen and Grandpa Max on your side, all the humour and rivalry from the Cartoon Network show is here. And since four arms are better than two, Kevin Levin is along for the adventure in local split-screen co-op. This is one Power Trip you’ll want to take again and again. It’s hero time! Take a look at the trailer: 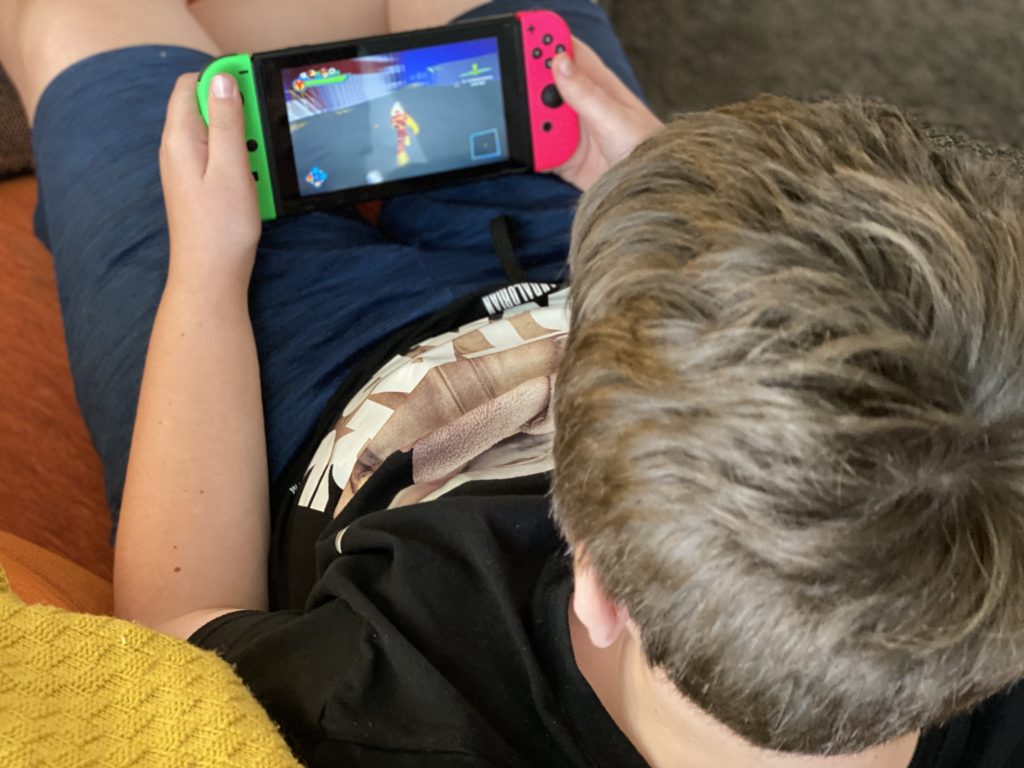 As well as the new Ben 10 Power Trip video game we also received a bundle of Ben 10 toys and colouring sheets so we could have a fun Ben 10 afternoon at home. The weather was terrible this weekend so the children really enjoyed the chance to try out the game and play with the toys.

We received the Ben 10 Omnitrix Creator Set, the new Ben 10 wave 11 action figures and some Ben 10 Blind Bags too. I made some delicious Ben 10 inspired cupcakes and dyed popcorn green so the children had some party treats to enjoy. 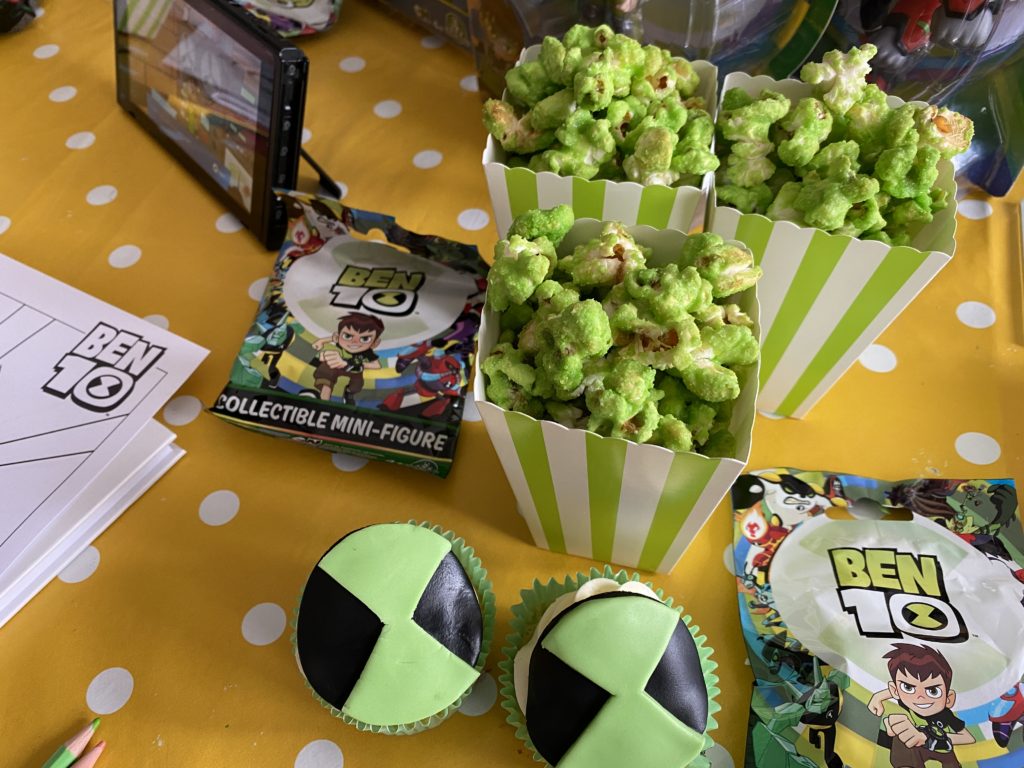 The Omnitrix may look like just a cool watch, but the minute Ben discovers this device from another galaxy, his world changes forever! With the Omnitrix Creator, you can mix and match parts to create your own custom Omnitrix or Antitrix! There are 100+ combinations and it plays sounds and lights up so it’s great for role play fun. 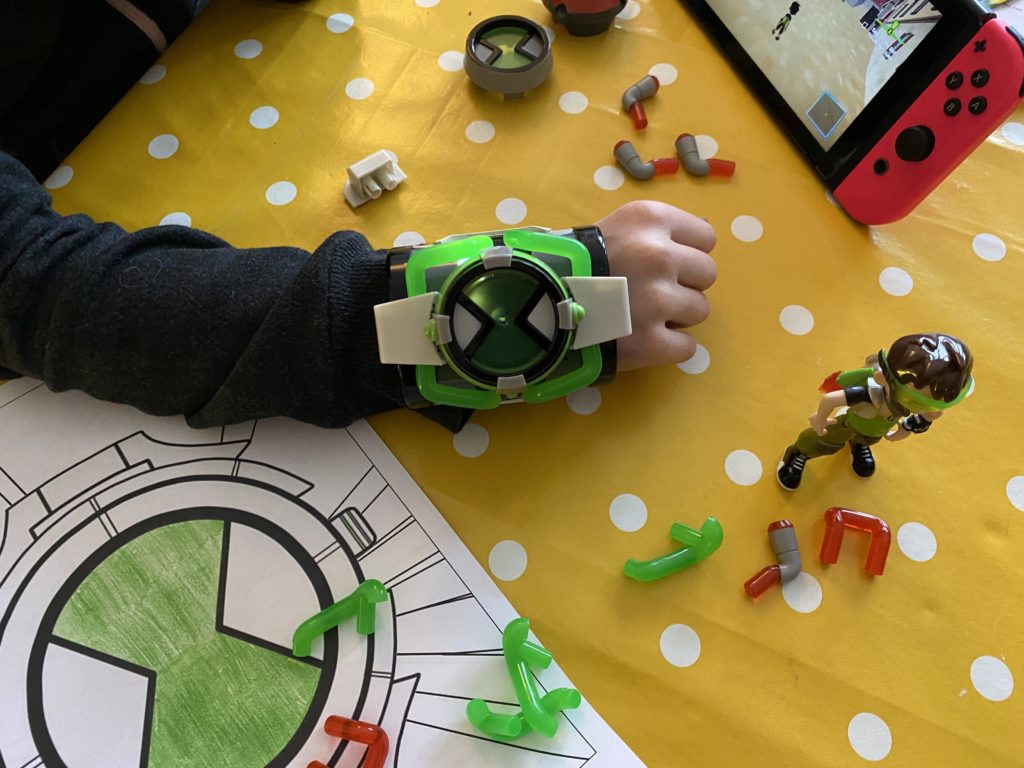 My children love action figures and you can recreate scenes from the Ben 10 TV show with the new assortment of Ben 10 11″ action figures. We also opened some of the Ben 10 Blind Bags which contain smaller figures to play with.

After they had examined all the toys they chilled out with some colouring sheets and designed their own Omnitrix. 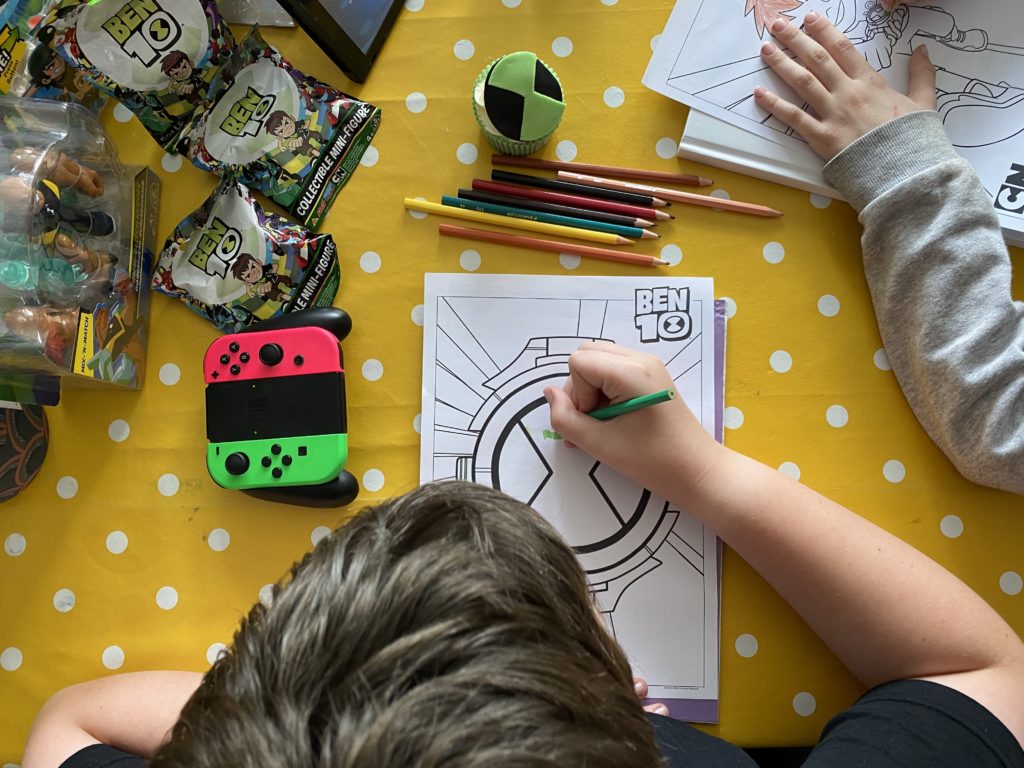