Playmobil Back to the Future DeLorean {review} 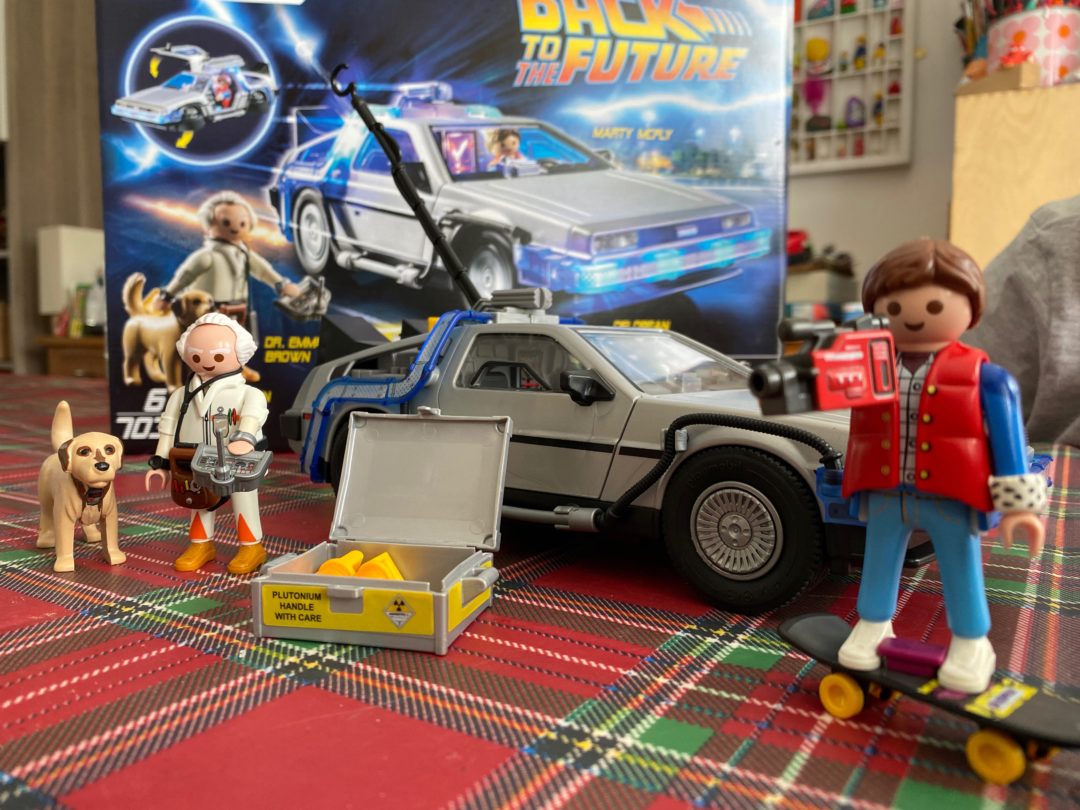 At the start of lockdown in March we sat down as a family and made a list of the films we wanted to watch. It included old favourites and new releases we hadn’t got round to watching. We’ve always enjoyed watching films and with trips to the cinema out of the question, then a family film night can be just as fun.

A few weeks ago we settled down to watch Back to the Future as chosen by my husband. The children loved it and watched the trailers for the other two films in the series too. We were really excited when Playmobil offered to send us the new Playmobil Back to the Future range to review. I knew the Playmobil DeLorean would appeal to my husband as much as it would to the children!

Back to the Future

Can you believe the film was released in 1985? I’m not sure if I saw it first at the cinema or perhaps at home on video but I loved it. In the film, Marty travels back in time to 1955 using an eccentric scientist’s time machine. However, he must make his high-school-aged parents fall in love in order to return to the present.

Playmobil Back to the Future

The new range features the iconic DeLorean car along with Marty Mcfly, Doc Brown and Einstein the dog. There is also a “1955 Edition” two-pack featuring Marty McFly and Emmett “Doc” Brown.

Playmobil Back to the Future DeLorean

First of all we opened the iconic DeLorean which features folding wheels for hover mode, doors which open upwards, an illuminated flux capacitor inside and illuminated exterior. It was really fun to build and something my 10 year old really enjoyed, sadly my husband wasn’t allowed a look in. 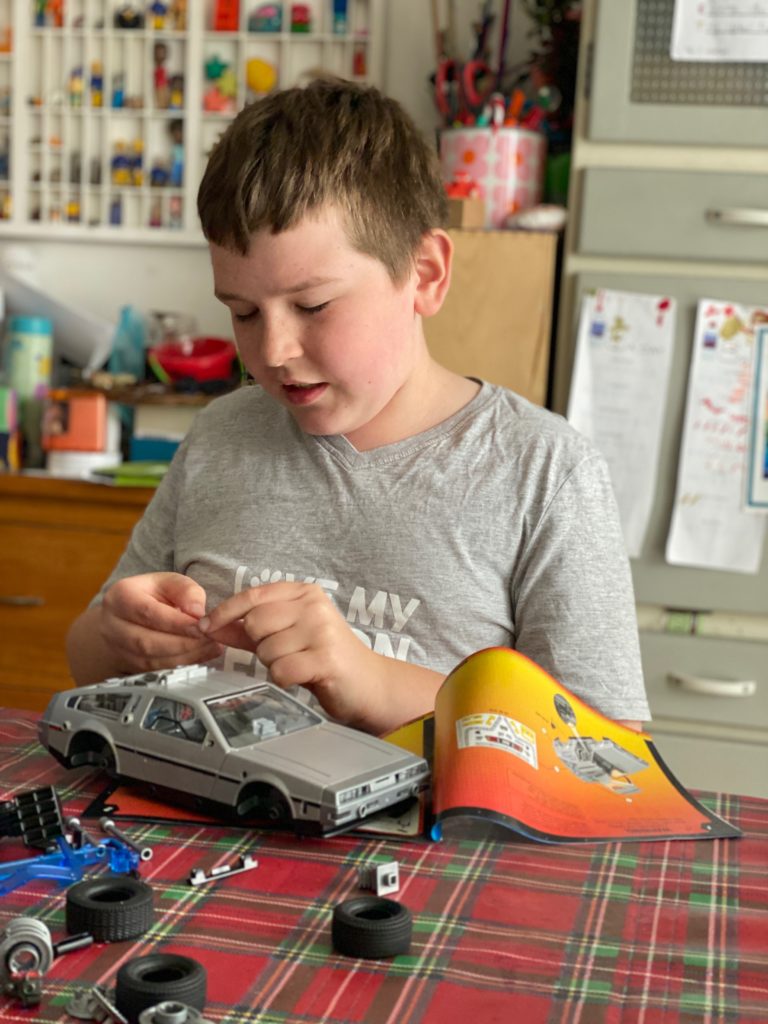 You need batteries which really bring the DeLorean to life. It lights up both the outside of the car and the flux capacitor—which allows the DeLorean to travel through time. There are some accessories, such as the plutonium, which can be inserted at the back of the vehicle. The playset is complete with Marty Mcfly and Doc Brown in their outfits from 1985. 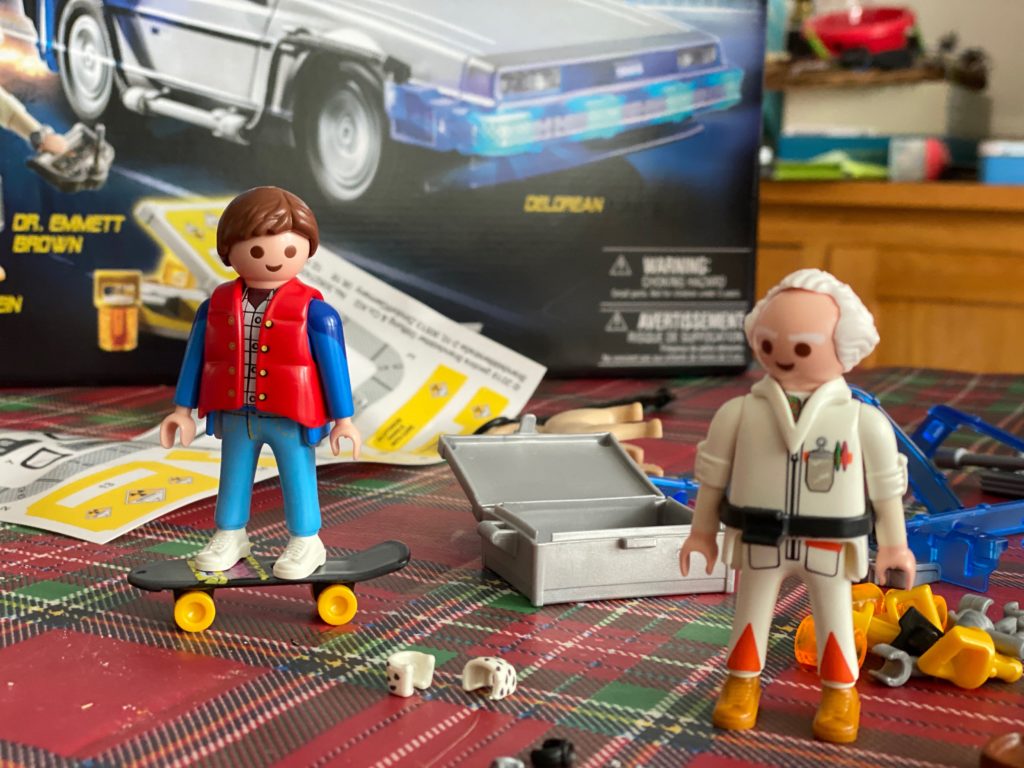 My children had fun recreating their favourite moments from the film. The car includes gull doors that fully open so you can place Marty and Doc inside the car. Fans of the film will love all the small details! There’s a large pole and hook which can be placed on the back of the car in order to channel the power of a lightning bolt into the flux capacitor. My daughter loved trying this out in the garden! 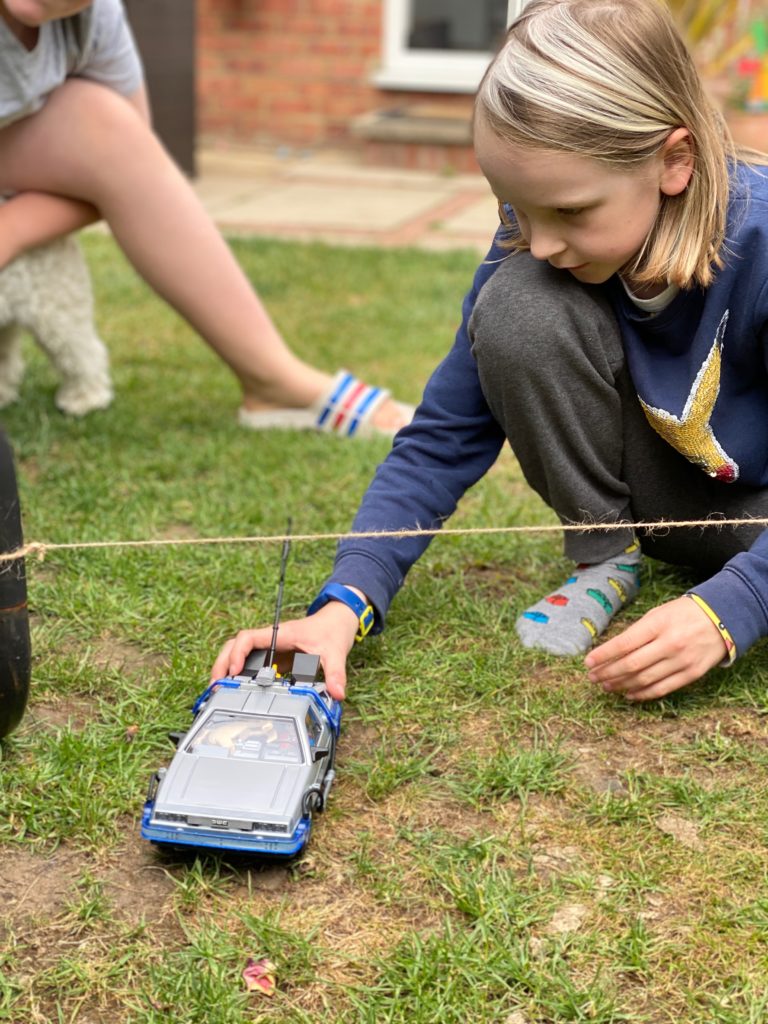 Playmobil Back to the Future Marty Mcfly and Dr. Emmet Brown

We also opened the Back to the Future Marty Mcfly and Dr. Emmet Brown “1955 Edition” set. This makes a great stand alone set for fans of the film, but also goes well with the DeLorean set. Marty comes with his red electric guitar and Doc Brown holds a newspaper with the “Save The Clocktower” headline. 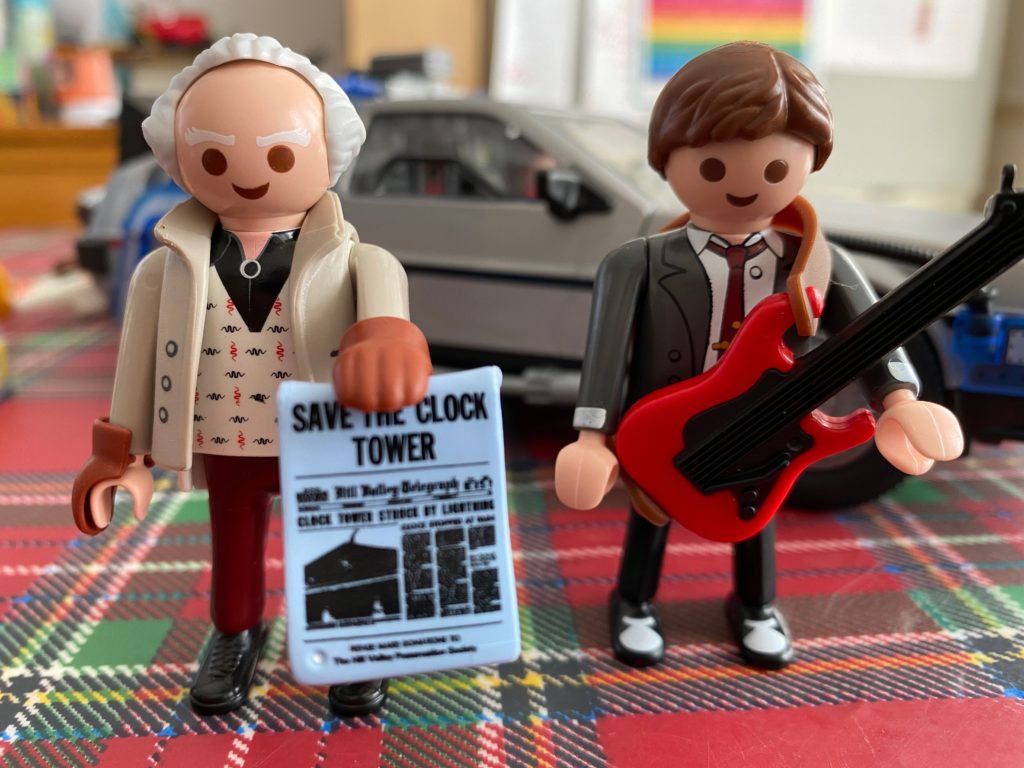