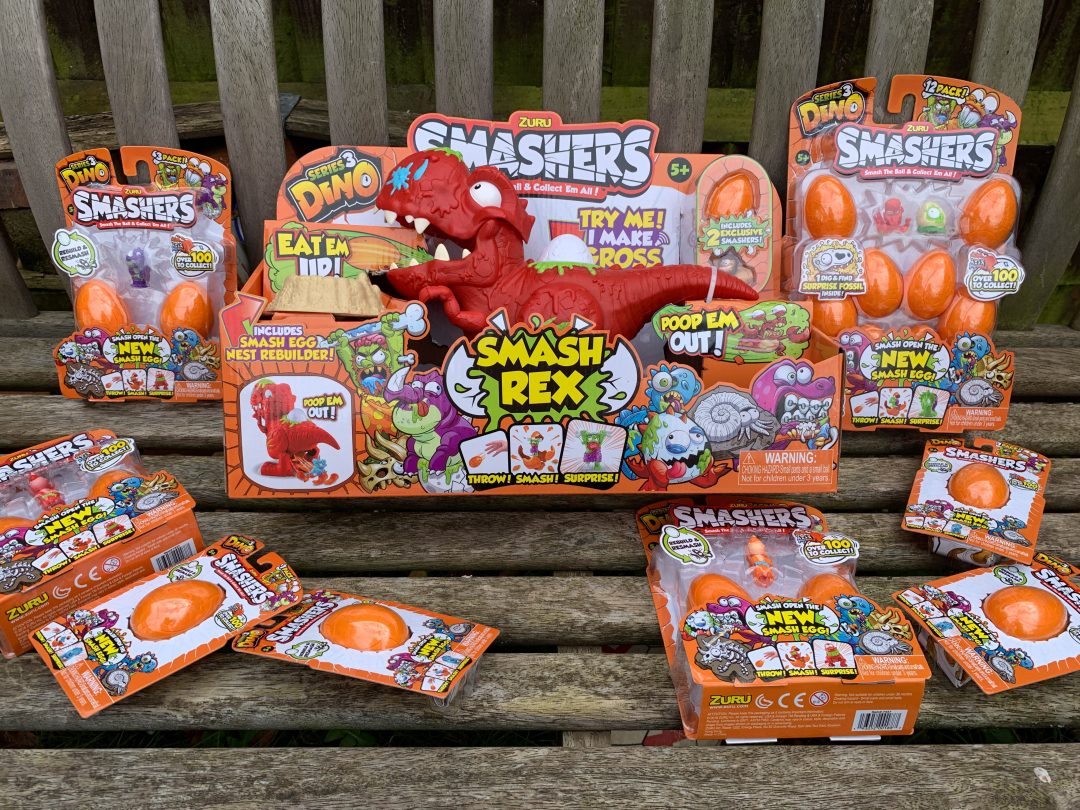 If you have a little lady who just loves Easter and dinosaurs then you may wonder how you can combine the two this Easter. Luckily Smashers Series 3 have just been launched with perfect timing for Easter. Each Smasher egg is shaped like an egg and contains a collectible dino!

Last year we had so much fun unboxing the new Smashers from Zuru. The first series featured a sports-themed collectible toy. They came in a red Smashball which you smashed to reveal the collectible toy inside. Smashers Series 2 launched just in time for Halloween. Each Smashball was decorated to look like a spooky eyeball and hidden inside was a really GROSS character.

It’s time to go back to the land before time… with Smashers Series 3 DINO! Smash open the NEW Smash Egg to find what’s crawling inside! Will you find the Dig n’ Find Rare Dino Fossils? Smash your Smashers on the ground, to the wall or anywhere you can think and start building your Smashers collection today! We loved that these were shaped like eggs – perfect for an alternative Easter gift!

An Easter egg hunt with Smash Eggs and dinos

We were #gifted an amazing bundle and used them to have an Easter hunt at home. I cut out 11 paper Smashers Dino eggs and hid them around the house. The children turned archaeologist with a magnifying glass, and ran around trying to find where I’d hidden them. It made for a really fun activity on a rainy day and they enjoyed taking turns to hide the eggs for each other too. 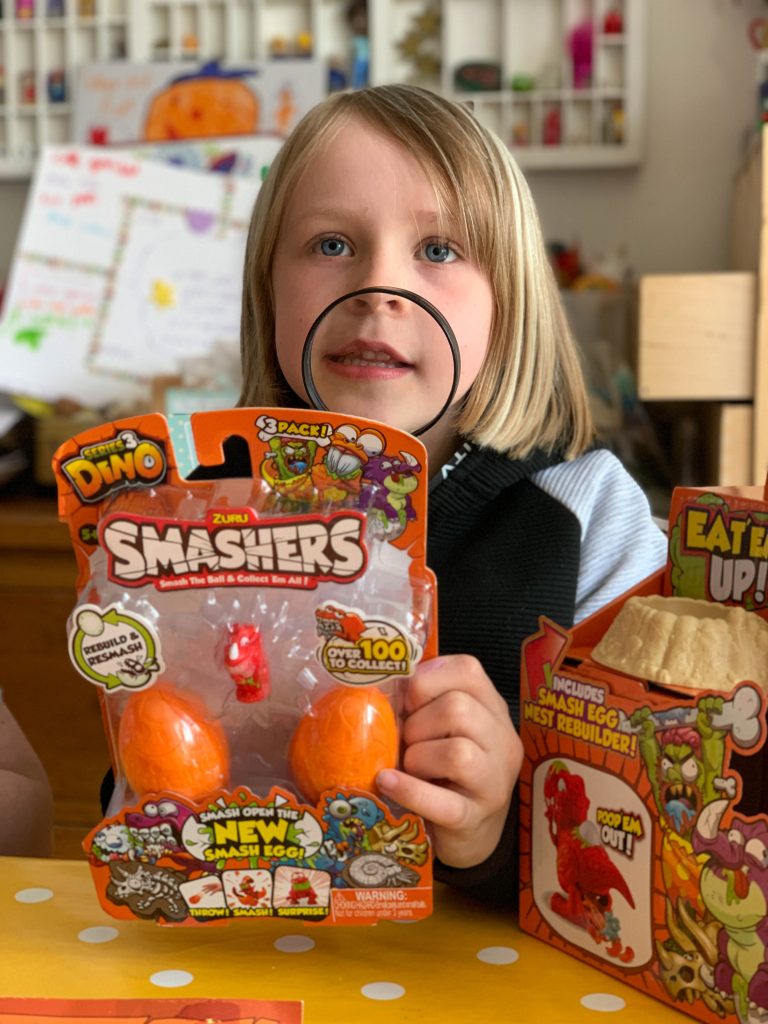 Firstly they opened the Smashers Smash Rex playset which came with 2 exclusive figures. You can smash your Smashers in the mouth of the terrifying and starving Smash Rex! Crunch, smash and poop out your Dino Smashers Eggs (by pressing down the egg on his back!) to discover the characters crawling inside.

The playset contains two exclusive Smashers and Collector’s Guide as well as the Smash Rex figure. There’s also a Smash Egg Rebuilder but despite this, we *still* can’t rebuild our Smash eggs! The playset makes lots of fun noises and is a lovely addition to the range. 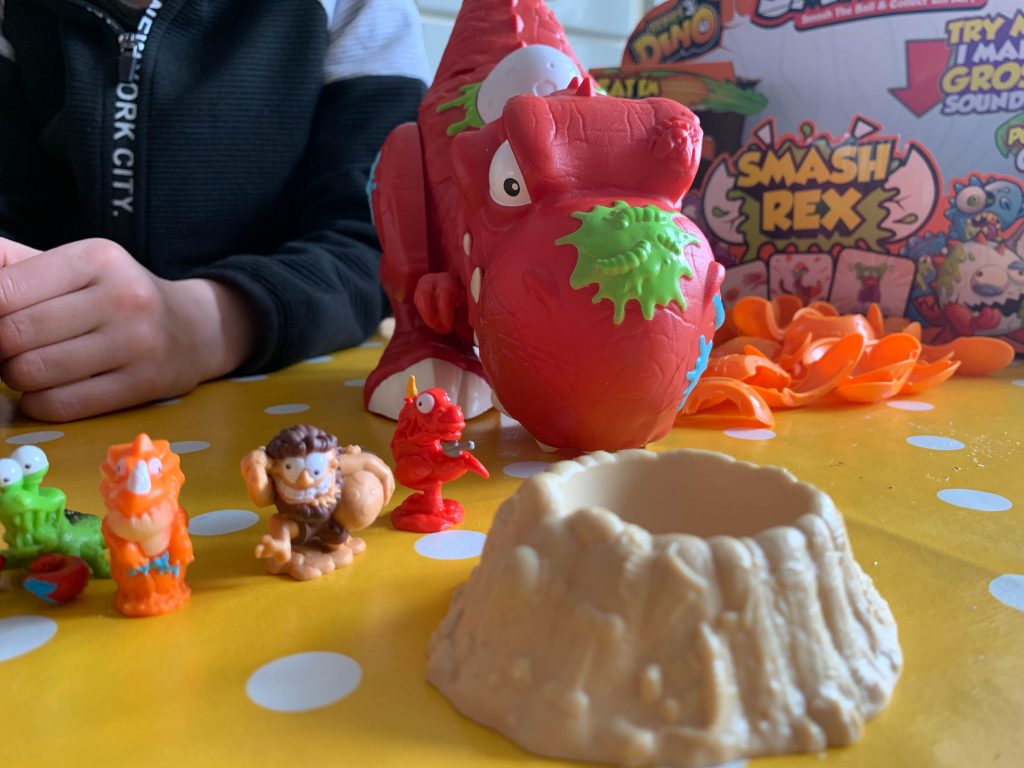 You can buy the Series 3 eggs is all kinds of different bundles, including single packs, 3, 8, 12 and 20 packs. The multi packs show some of the figures but the rest are hidden in the eggs. Each pack contains a Collector’s Guide so you can easily tick off the ones you collect and find out if you’ve found a rare or ultra-rare Smashers character. There’s also a Smashers app you can download for even more extras.

There are over 100 characters to collect, across 9 categories. My 9 year old opened a 12 pack and found 2 gold and 2 silver characters! You can probably imagine how well that went down with his younger sister! Luckily he was happy to share them with her but I expect they will also be taking them to school to swap with friends too. 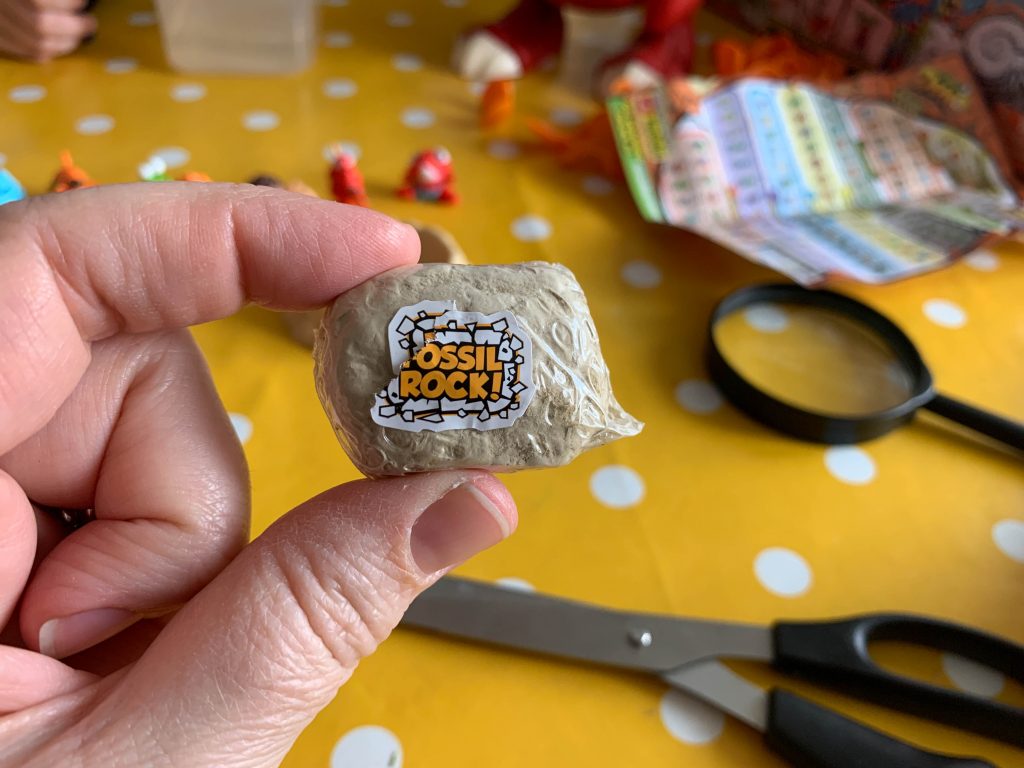 Our favourite thing was definitely the characters hidden inside the Fossil Rocks. We found 2 inside the 12 pack so both children took a bowl of water and ‘excavated’ their character. It didn’t take long for the water to soften the material and they could uncover their fossil. 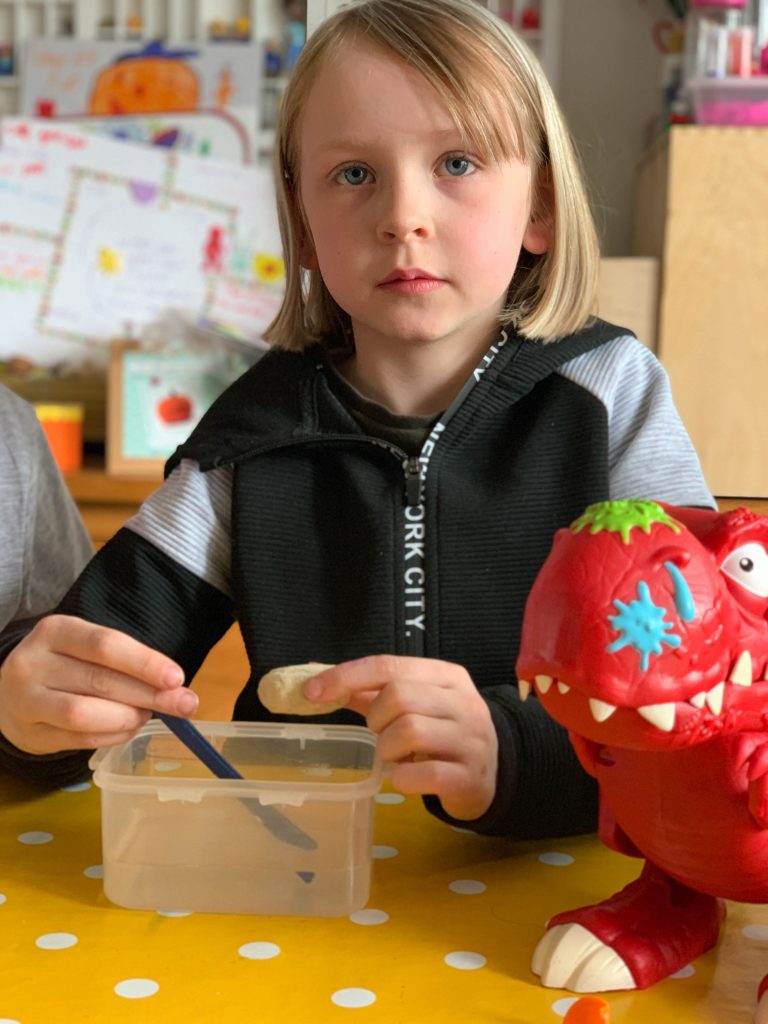 This was a really fun element and my children can’t wait to get their hands on more!

Zuru Smashers Series 3 make a fun alternative to traditional eggs this Easter! They are available from all good toy shops priced £5-£20.