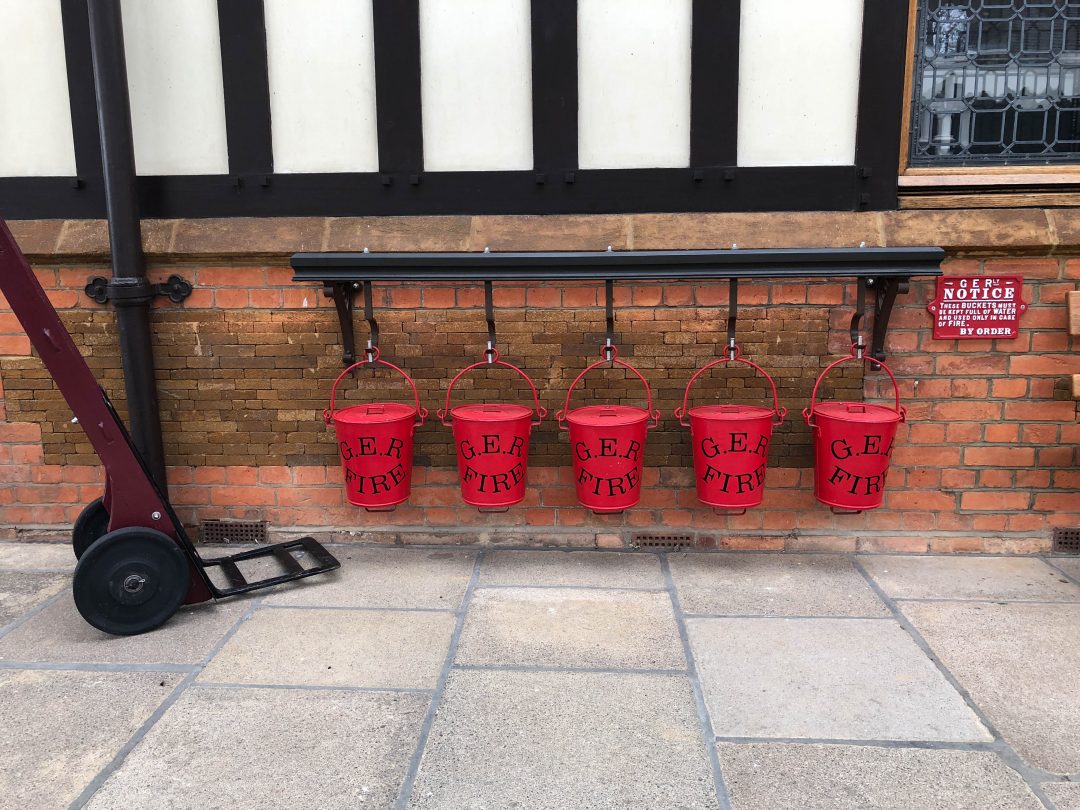 Today I wanted to tell you about a really special place we visited whilst on holiday in North Norfolk. We visited earlier this year and the weather was actually cold. I’m not a huge fan of all this hot weather, I’m far happier to wear loads of layers in the cold! Anyway, my mum used to live in Norfolk, so I was keen to re-visit Wolferton Railway Station in Norfolk.

Wolferton station is situated just 5 miles outside King’s Lynn. It’s famous because it was the closest station to Sandringham House and frequently used by the Royal Family. By the late 1890’s increased traffic resulted in the doubling of the track between King’s Lynn and Wolferton, with the installation of extra sidings to house the Royal Coaches. 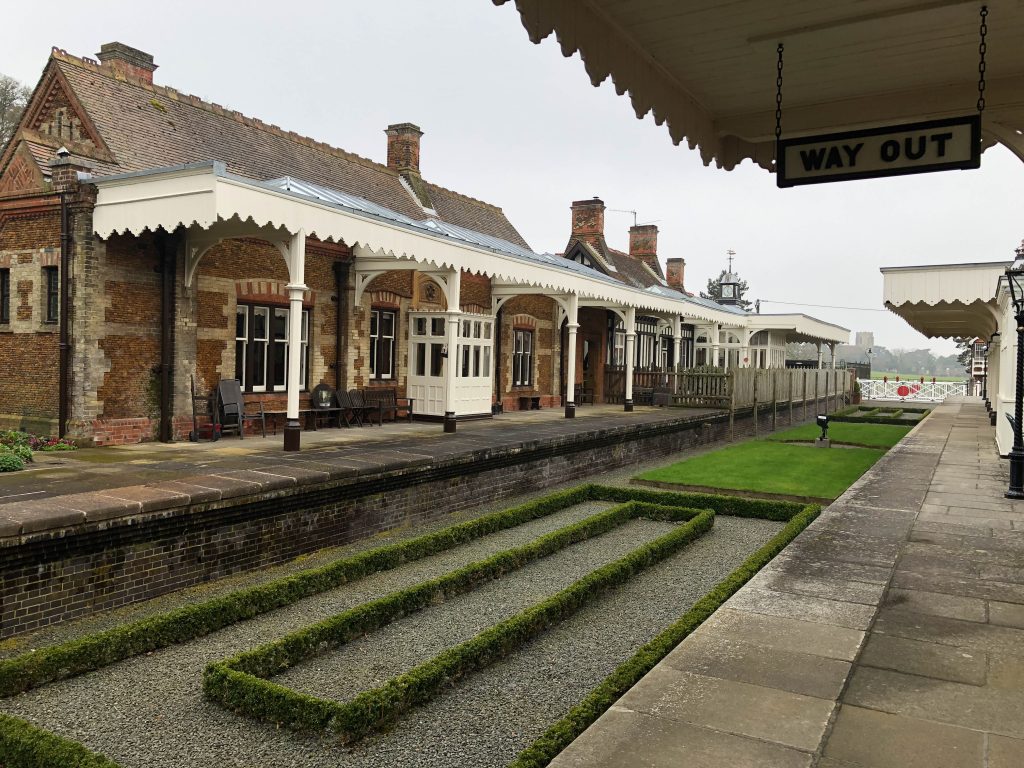 A new downside building was built to accommodate Royal visitors and their distinguished guests, constructed in a timber frame Tudor-esque style designed to compliment many of the existing buildings on the twenty thousand acre Royal Sandringham Estate. 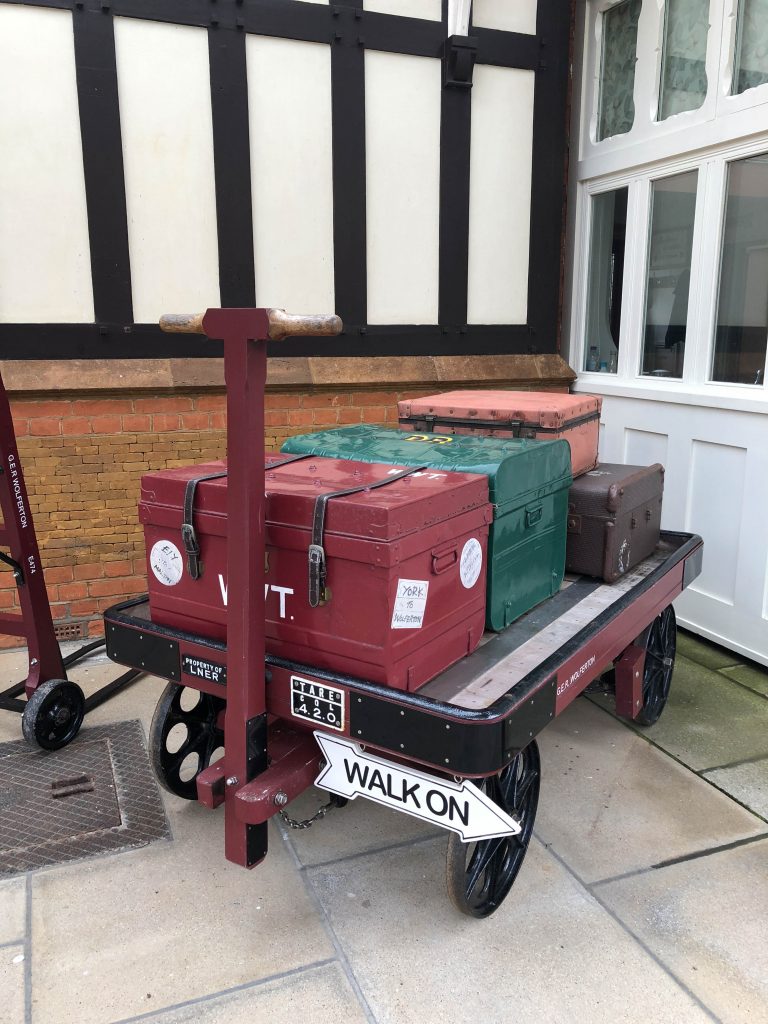 Today the station is no longer used, it was de-commissioned and sold in 1969. Thankfully the station buildings were sold and turned into homes which means they have been largely preserved. Today the platforms are usually open to visitors between 12 and 6pm and you can wander along the old platforms which haven been fitted out with vintage posters, adverts and suitcases waiting to be loaded onto trains which will never arrive. 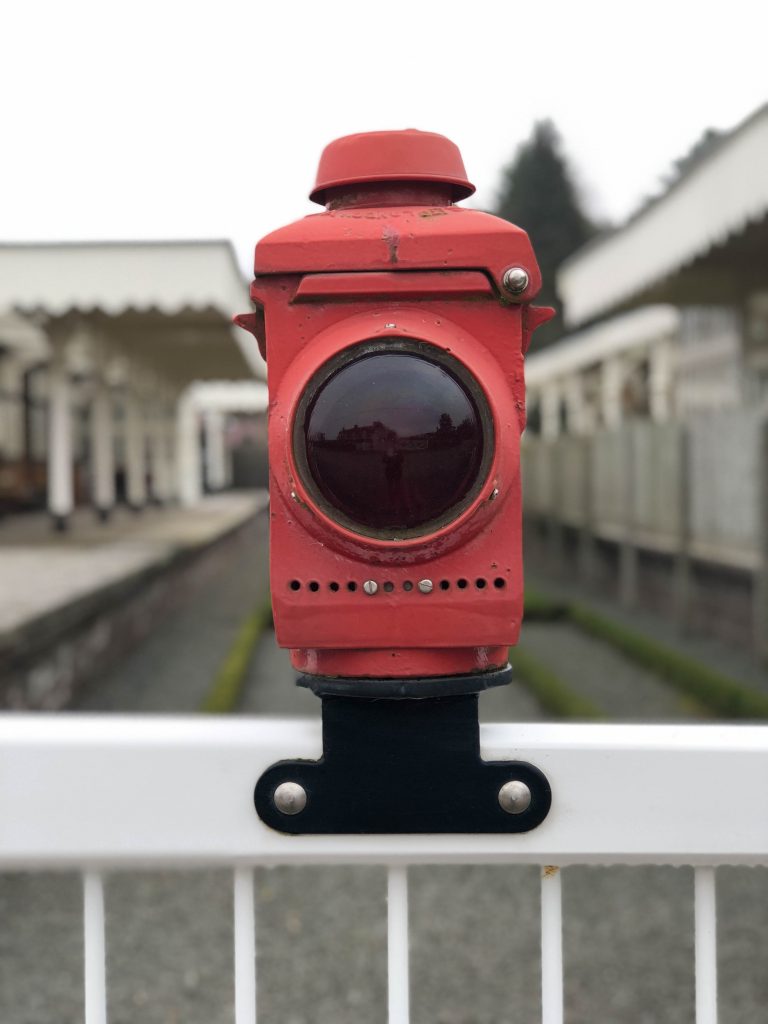 When we visited everything was absolutely immaculate. The tracks had long been removed and replaced with grass. Only one side of the platform was open, the buildings on the other side were private homes – which looked pretty amazing! It was such an interesting place to visit, well worth taking a detour during our trip to King’s Lynn.

You may be interested in our other posts about days out with kids in Norfolk:

Sheringham to Holt on the North Norfolk Railway