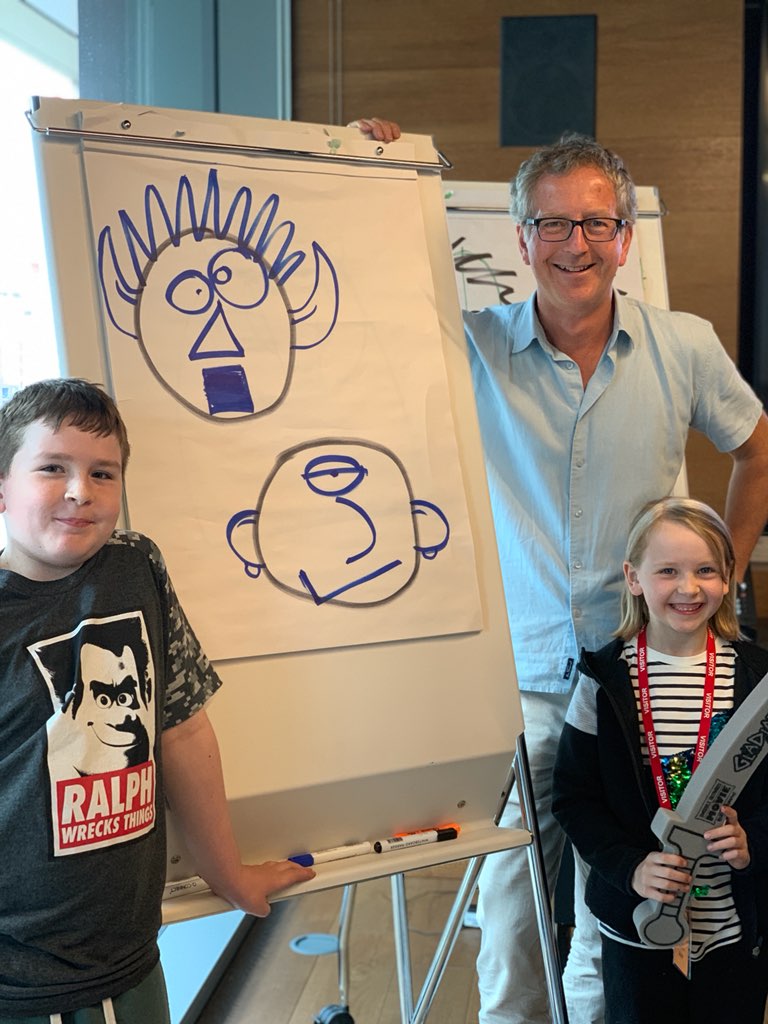 Last week we ventured into London for the day. We had been invited to a drawing masterclass with Horrible Histories’ Martin Brown. It had been a while since we last had time to explore and we couldn’t wait to walk around Granary Square at Kings Cross before the event. The area has been totally transformed and there is always something new to see and do, especially for kids. 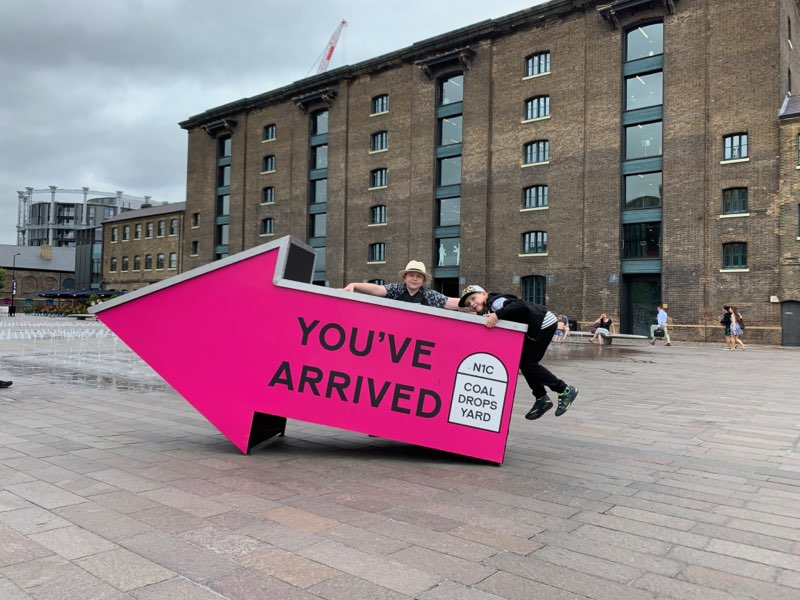 If you’re a parent you’ve probably heard of Horrible Histories. My son just loves the books, written by Terry Deary and illustrated by Martin Brown. They have been turned into a tv series which my children watch on CBBC, and the first full length film has just been released. The stories are a great way for kids to learn about history, especially all the blood, battles and baddies.

Who are the Celts? What have the Romans ever done for us? And why is Emperor Nero dousing himself in horse wee?

Friends, Romans, Celts… Lend us your ears. The all-conquering Romans rule the civilised world – and that includes “the stain” that is Britain. While the young Emperor Nero must battle his scheming mother Agrippina for ultimate power, Celt queen Boudicca gathers an army in Britain to repel the rotten Romans. Mixed up in this battle for liberation are the teenage Atti, a reluctant Roman soldier, and Orla, a young Celt with dreams of becoming a warrior like Boudicca. Will they fall on opposite sides or forge a friendship in the chaos of Celtic-inspired rebellion?

The film is stuffed with British talent including Sebastian Croft, Emilia Jones, Nick Frost, Kim Cattrall, Derek Jacobi, Lee Mack and Rupert Graves. We are really looking forward to seeing it at the cinema.

Back to the masterclass

Martin Brown happily shared his top drawing tips with both the children and adults. I’m the first to admit I can’t draw but Martin told me that anyone can draw, they just need to practice. We started off drawing animals, breaking them down into different shapes to get the size right. Then we talked about faces, and Martin’s favourite Horrible Histories characters and pretty much everything in between. He is a really nice person and generous with his drawing tips. 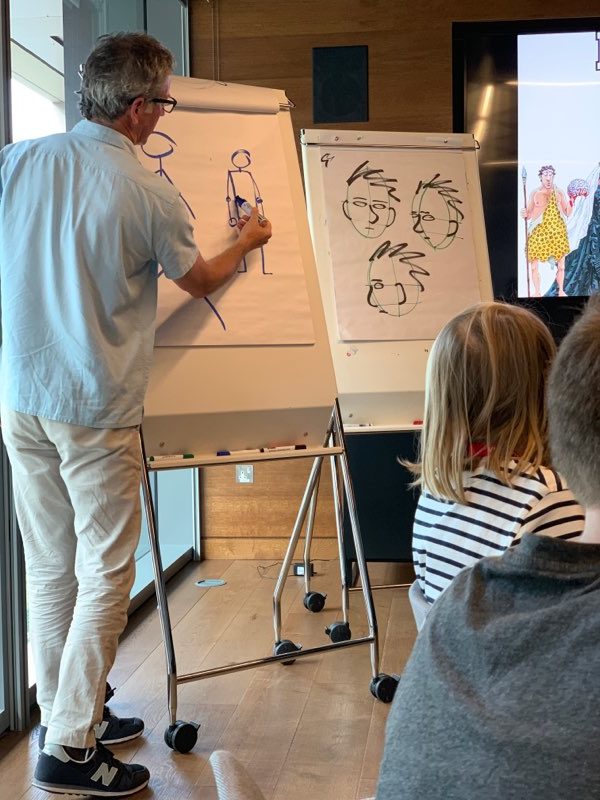 We were also able to meet the really lovely Sebastian Croft who stars as Atti in the film. The children were delighted to be given a Horrible Histories: The Movie – Rotten Romans goody bag which contained some books. Both Martin Brown and Sebastian Croft signed their books so I’m sure they will treasure them!

Horrible Histories: The Movie – Rotten Romans is out now. Let me know if you go and see it over the summer holidays!