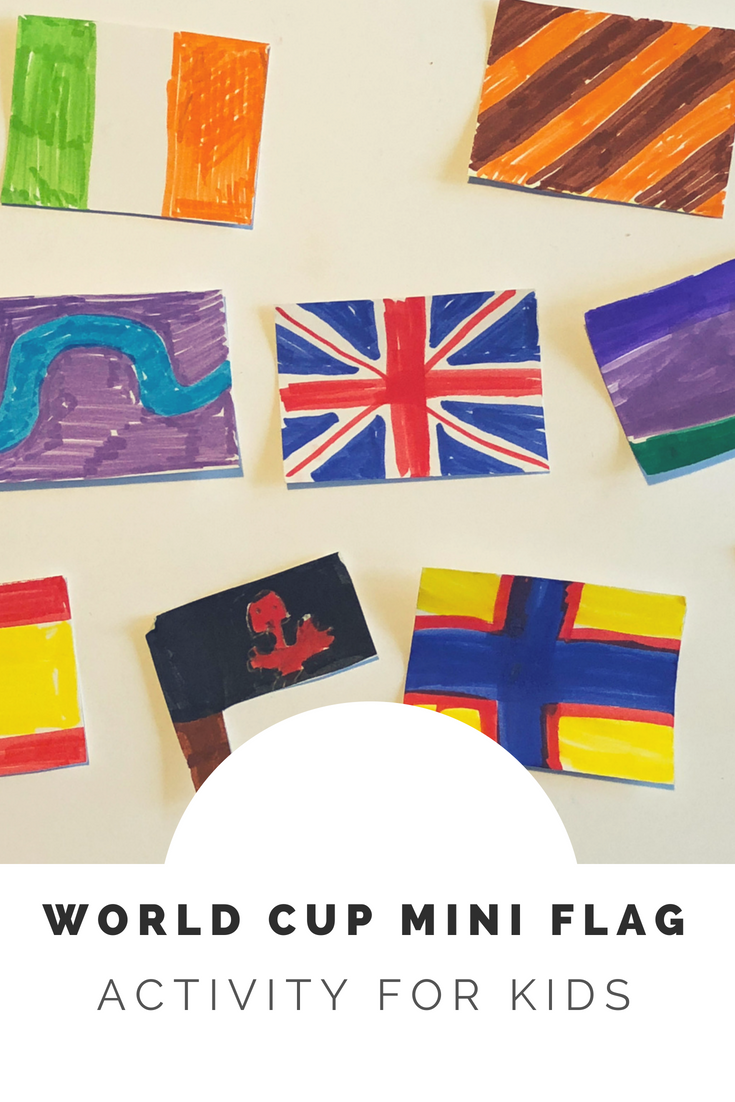 There are so many sporting events coming up that I wanted to try making some mini flags with the children. We’re not huge sport fans but it’s hard not to get caught up in the excitement of the World Cup, Wimbledon or the Tour de France.

We have been talking about flags and recently had fun crafting flags on painted rocks and making a craft stick union flag. For our mini flags we used a sheet of white card, scissors and a pack of Color’Peps Long Life pens from Maped. 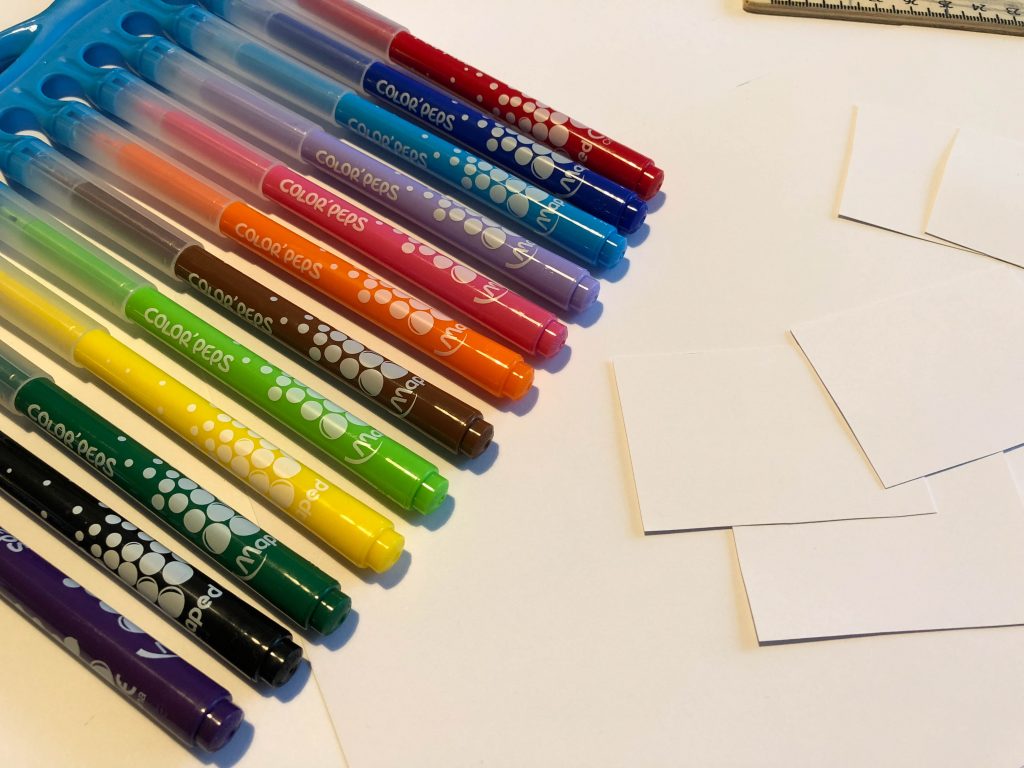 I cut the sheet of white card into small flags, about 6cm by 4cm. We talked about flags and how they were different for every country, then looked some up, thanks to Alexa and our Echo Spot. 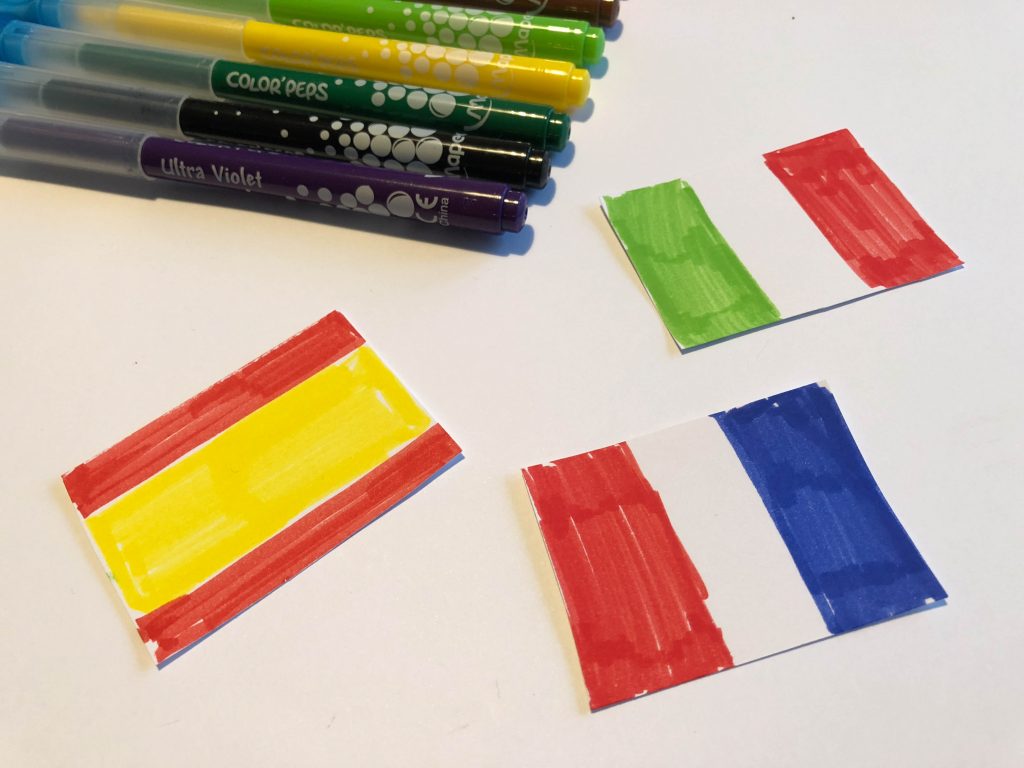 The children picked some of the countries they knew about and made flags, using the Color’Peps Long Life pens to colour in their mini flags. They they decided to make up some of their own flags. My 6 year old drew a Pirate flag whilst the 8 year old made a flag for London featuring the Thames. 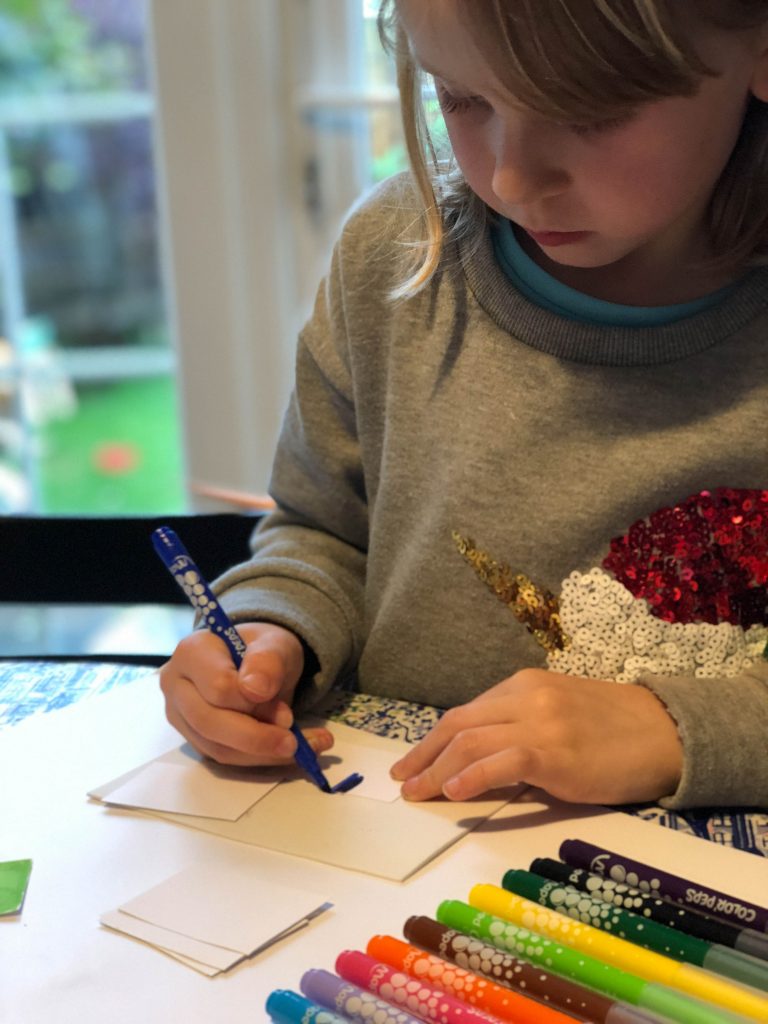 This was such a simple craft activity for them but combined learning with using their imagination. The World Cup mini flags look great hung up on the window but can also be added to other sporty crafts we will be making over the coming weeks. 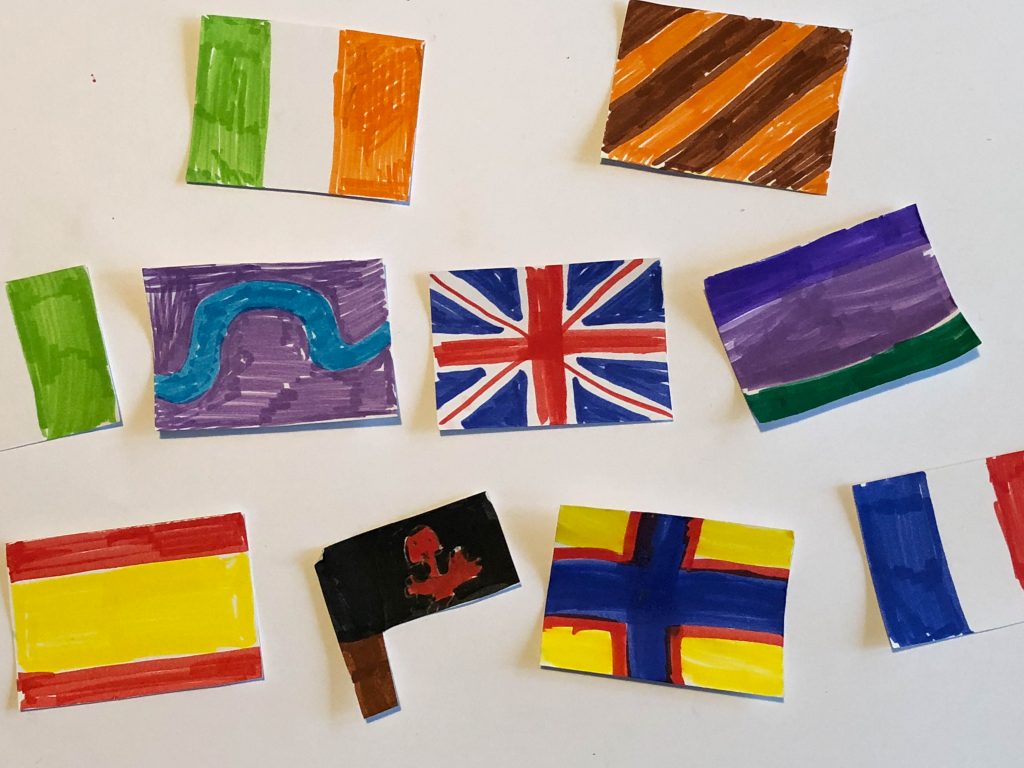 You may be interested in our other sporting crafts for kids: