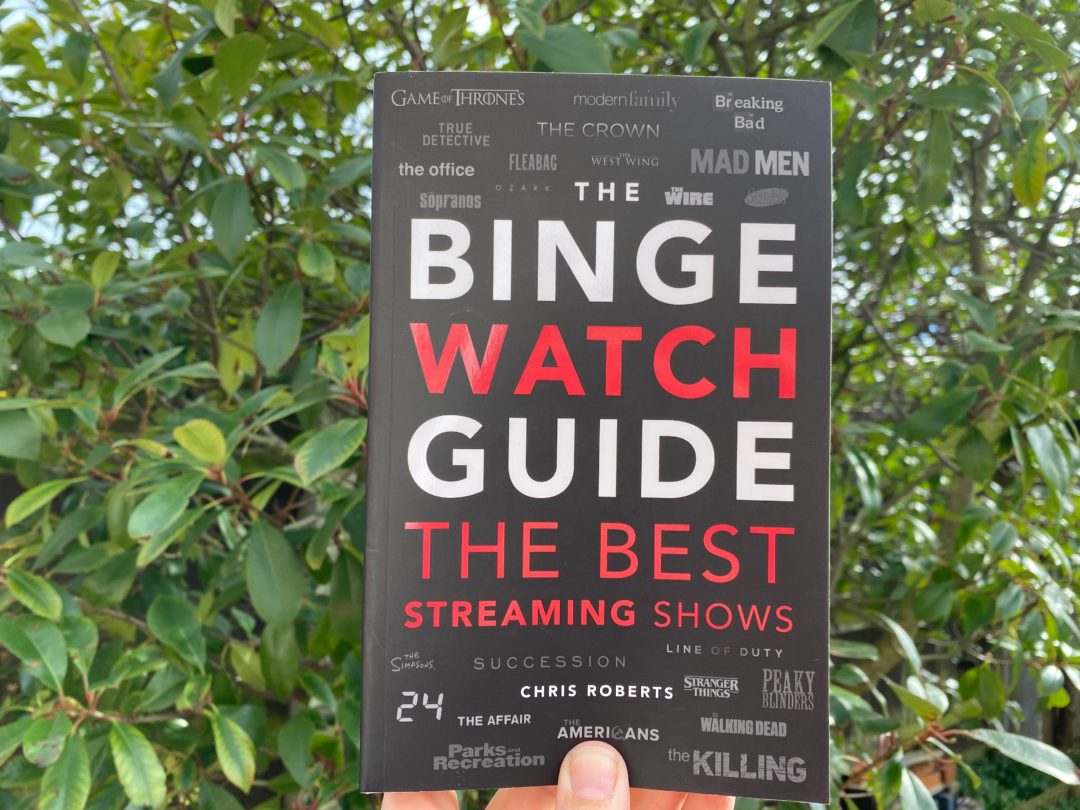 Like most families, we’ve spent a lot of time watching series and films over the last 6 months. We love family film night but have been spending so much time together that it’s been good to discover new things to watch. We all seem to like different types of shows so there has been a lot of negotiating as to what everyone is happy to watch. We have Netflix, Sky, Amazon Prime and Disney+ so are spoilt for choice which is why I was excited to hear about The Binge Watch Guide from Welbeck Publishing.

Stuck at home for an extended period and don’t know what to watch next? This book has all you need to choose your next streaming series, with reviews and recommendations from all the major sources: HBO, Netflix, Amazon Prime, Disney+, BBC iPlayer, Hulu and more.

Hugely popular shows such as Game of Thrones, Stranger Things, Breaking Bad and The Walking Dead are featured alongside cult classics and breakthrough series like Succession, Fleabag and Peaky Blinders. Ones you may have missed (Chernobyl, The Crown, Ozark) are included too, with a few foreign language shows and comedies (Spiral, Parks & Recreation, Arrested Development). So get out your remote control and discover your next favourite!

Written by Chris Roberts who has written about film and TV for the Guardian, Uncut, Empire and Total Film, and has interviewed everyone from Martin Scorsese and Woody Allen to 24 star Kiefer Sutherland and Boardwalk Empire baddie Steve Buscemi. His previous books include Scarlett Johansson: Portrait of a Rising Star and the bestselling Michael Jackson: The King of Pop.

I’ve teamed up with Welbeck Publishing and one lucky person can win a copy of The Binge Watch Guide. To enter my giveaway you must answer the question via the Rafflecopter widget below, there are some bonus entries too. The giveaway is open to those with a UK postal address only and ends on 27th September. The winners name will appear on this post. Good luck!