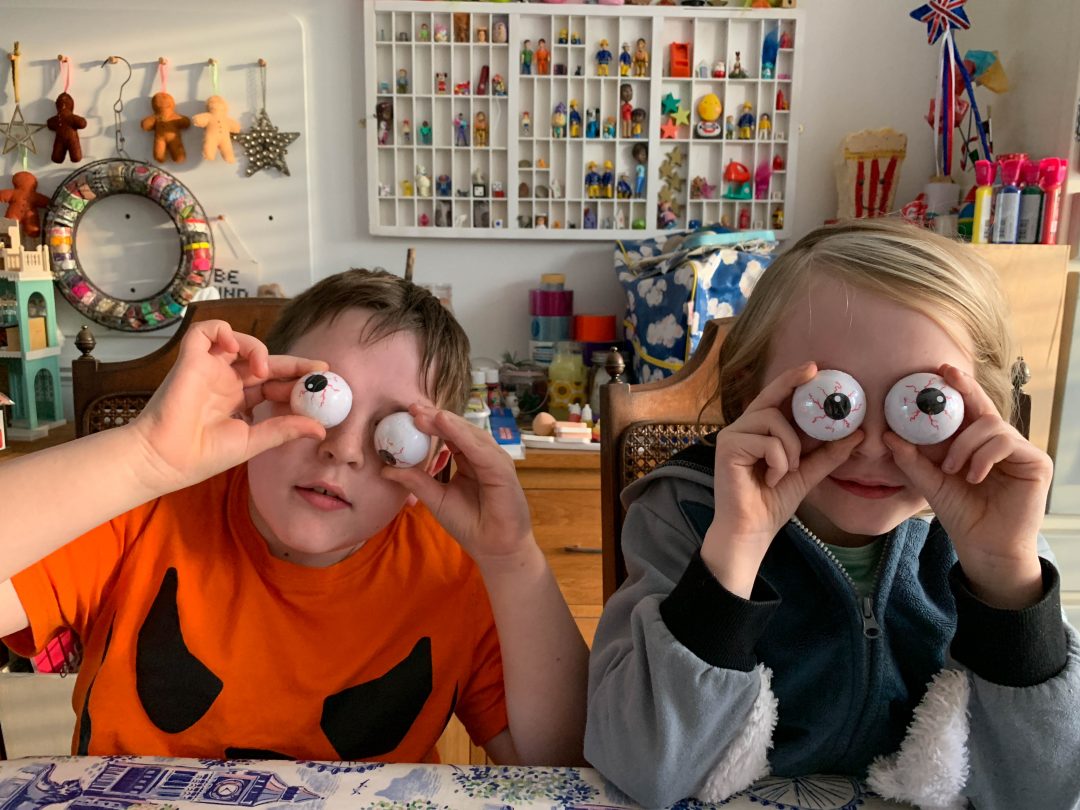 Earlier this year we had so much fun unboxing the new Smashers from Zuru. The first series featured a brand new sports-themed collectible toy. They came in a red Smashball which you smashed to reveal the collectible toy inside. The 2nd Series has recently launched just in time for Halloween.

My children loved the first series but the second series is even better. Each smashball is decorated to look like a spooky eyeball! What’s more, hidden inside each smashball is a GROSS character which is soooo appealing to my icky children. 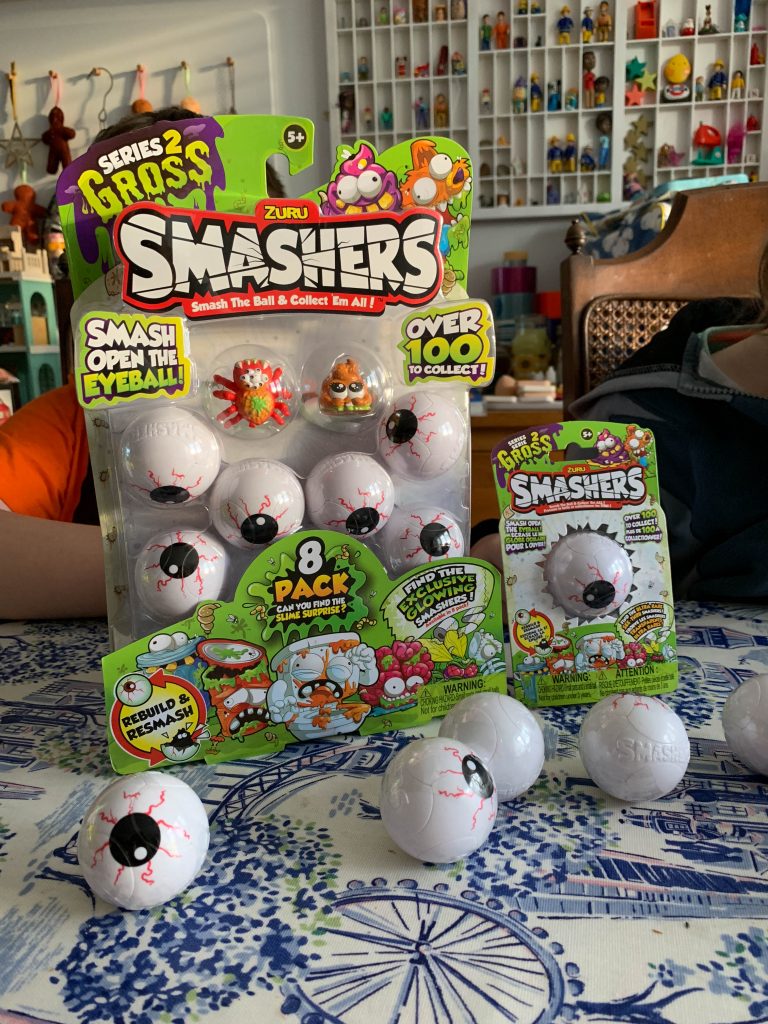 We were sent an 8 pack to open which my children really enjoyed. The 8 pack included 6 characters hidden inside the eyeballs with 2 visible in the pack. There was an exclusive glowing smasher as well as a slime surprise. We liked the element of surprise and parents will be pleased to know that the slime is sealed inside a packet so you don’t have to worry about your child smashing a ball and ending up with slime everywhere!

The 8 pack contained a handy Collector’s Guide so you can check if you have a Common, Rare, Special Edition or Ultra Rare character. The characters are organised by gross categories including Odd Bodies, Toilet Humour and Rare Awful Animals. I think my children had as much fun smashing the smashballs as they did trying to figure out the names of the characters they collected. Take a look at our Gross Smashers Series 2 unboxing to see how we got on:

What’s more, once you’ve smashed your smashball you can re-build them. It’ a little tricky for small hands but possible if you use a piece of stick tape or blu-tack.

Series 2 has over 100 characters to collect. Tick off your collecting against the Collector’s Guide or download the Smashers app which allows you to interact with your collection and earn Smash Points to become the ultimate Smashers champion! As well as the Smashers eyeballs you can also collect new Series 2 playsets. 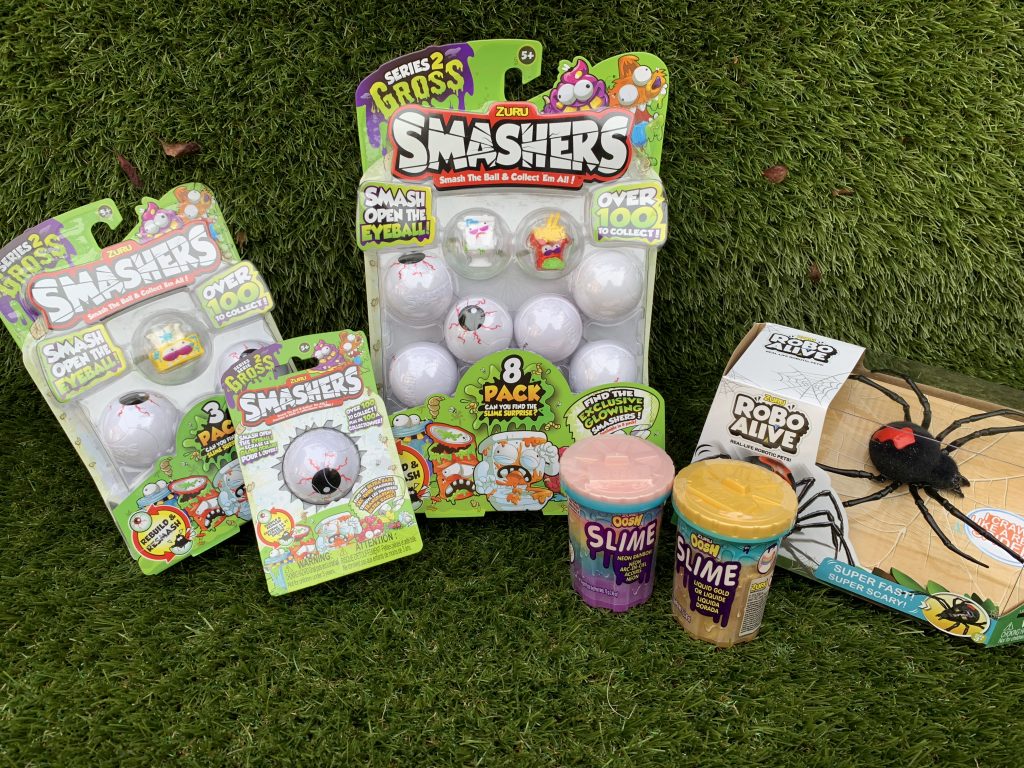 Thanks to Zuru I am excited to share a great competition with you today. One lucky reader of the gingerbread house blog can win a bundle of Smashers Series 2 (Smashers 1 pack, Smashers 3 pack, Smashers 8 pack) as well as a Robo Alive Spider and 2 x Ossh slime. These would make great stocking fillers for kids this Christmas!

To enter my giveaway you must answer the question via the Rafflecopter widget below, there are some bonus entries too. The giveaway is open to those with a UK postal address only and ends on 7th November. The winners name will appear on this post. Good luck!