Edward has been showing signs of teething for months: dribbling, chewing his fingers and waking during the night where he previously slept through. Some mums at the mother and baby groups I go to mentioned amber teething necklaces. Apparently they are a natural analgesiac and can help with teething pains. They are quite affordable so I decided to get one for Edward and one for myself!

Unfortunately it hasn’t made any difference to his or my own teething pains – although they look quite stylish! 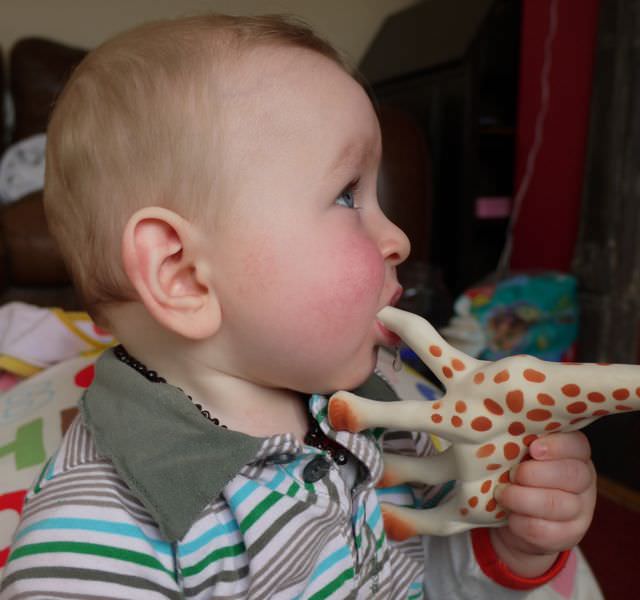 Teething makes him dribble so I made him some dribble bibs to stop his eczema getting worse. 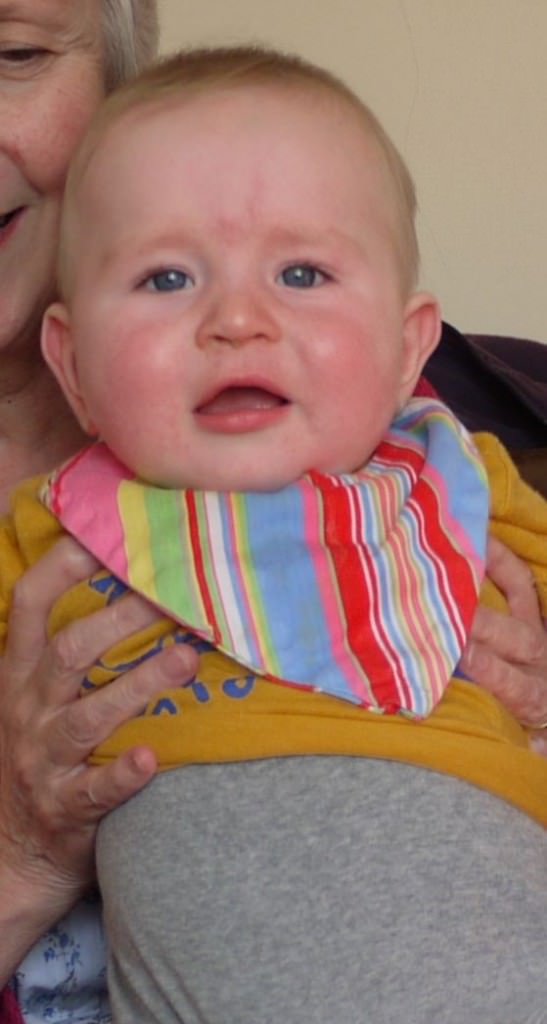 He also has a couple of Sophie the Giraffe teething toys which he loves. 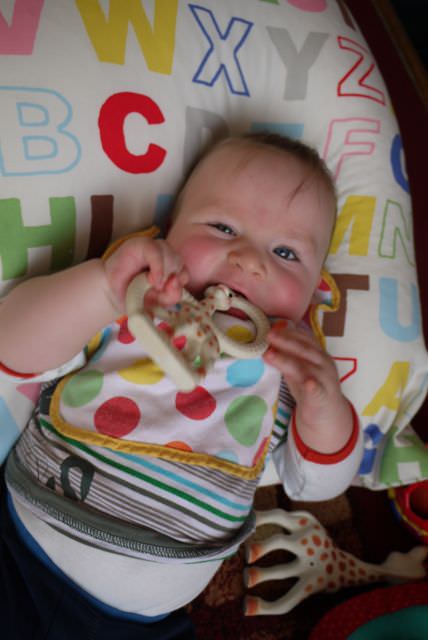 We tried Calpol once but it had a negative effect on him and I read a really interesting post which put me off it using it again. So we’ve stuck with baby nurofen or Ashton & Parson’s teething powder. The teething powders are my favourite product as they instantly calm Edward and help him sleep. One of our friends referred to it as ‘baby cocaine’ but all our NCT friends swear by them.

I hope Edward’s first teeth come through soon. It’s not nice to see his little pink cheeks or hear his pain!