Rendlesham Forest and the UFO trail 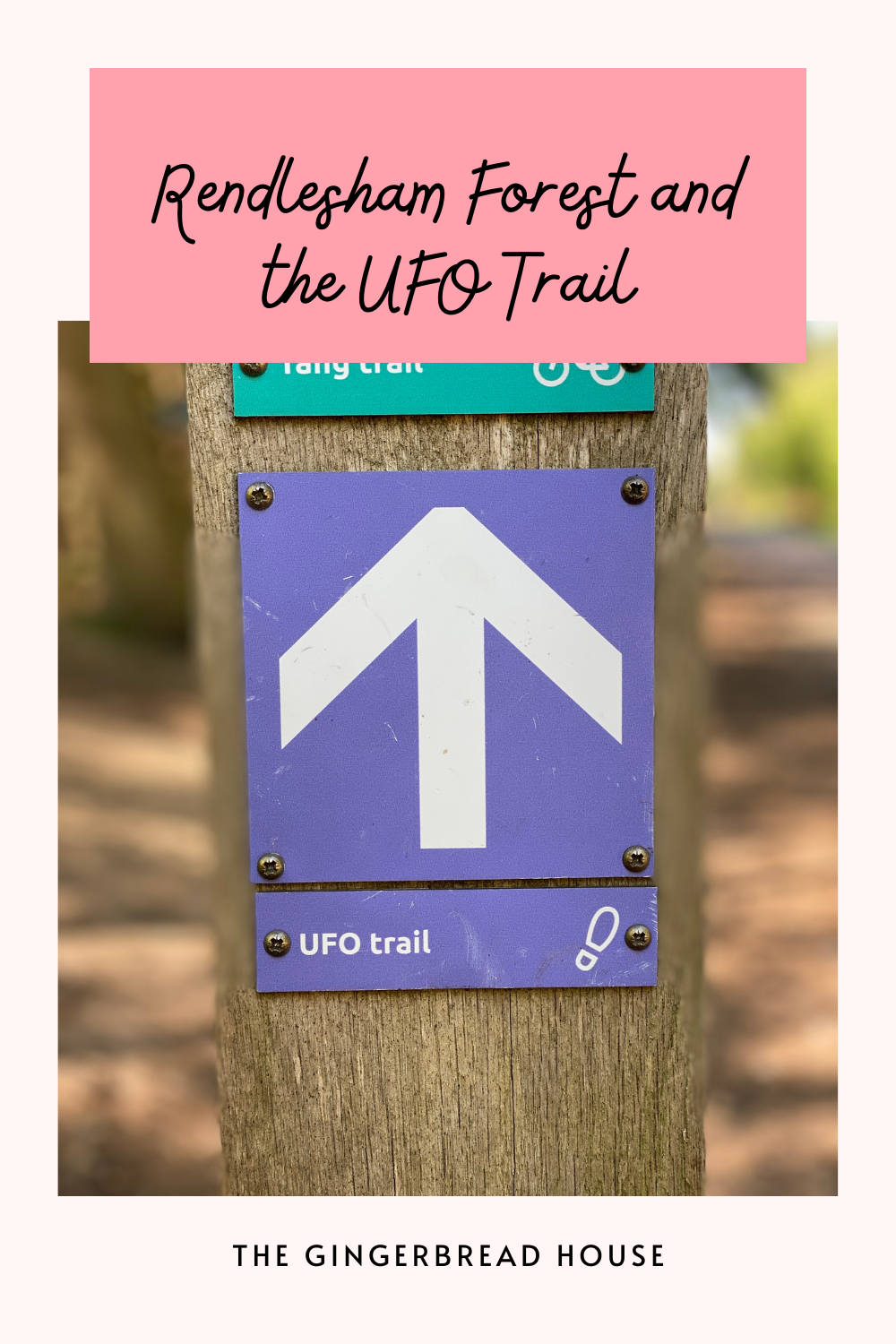 With a week based in Southwold, Sussex, my husband wanted to spend some time exploring Rendlesham Forest and the UFO trail. Who isn’t fascinated by conspiracy theories and the idea of UFO’s landing in a remote forest right next to an RAF base in 1980’s Britain? It turns out we weren’t the only ones with an interest in the little green men and Forestry England had a handy trail through Rendlesham Forest for those who wanted to find the sites.

It was established during the First World War when Britain had increasing demand for timber and is now managed by the Forestry Commission. The first trees were planted in 1919 and a lot of the timber was used as pit props as industry was heavily dependent on coal. Rendlesham Forest covers an area over 1400 hectares, most of which was planted on the Sandlings Heathland.

Rendlesham Forest is a designated as an Area of Outstanding Natural Beauty because of the presence of the rare birds, Woodlark and Nightjar. Timber is still harvested from the Forest but it is managed as a special place for nature and recreation. Much of the replanting is with mixed conifers and broadleaved trees which increases visual and ecological diversity. 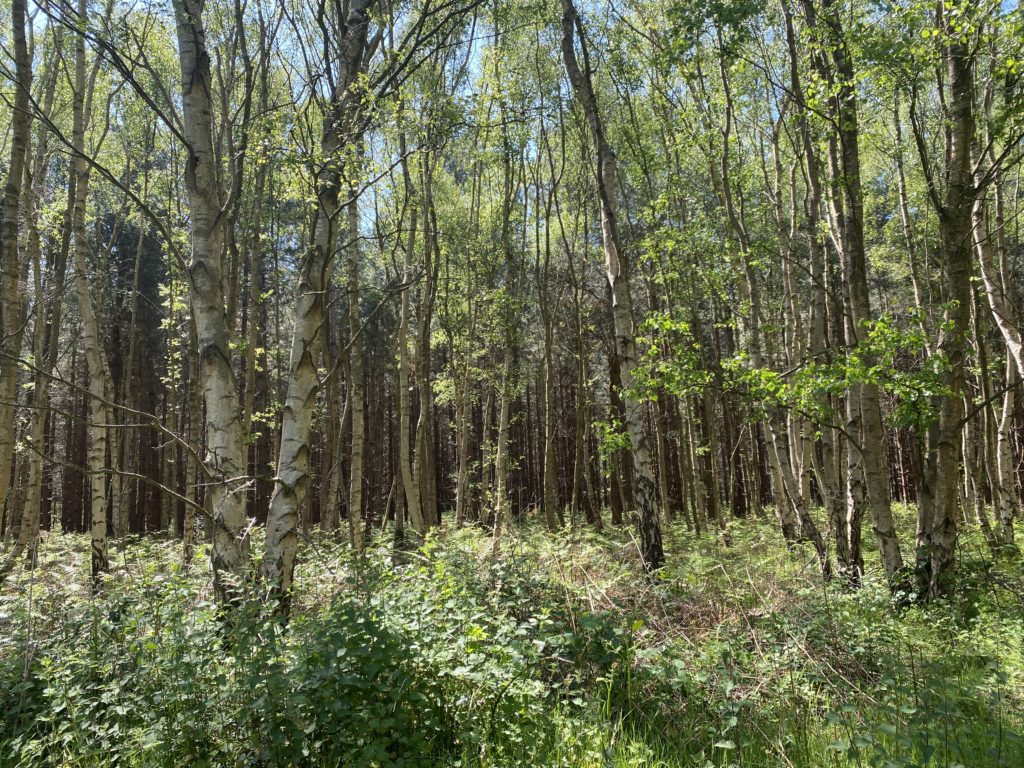 In 1980 the Forest was the site of a supposed UFO event. USAF military personnel from the nearby military base at RAF Woodbridge spotted strange lights above the Forest. 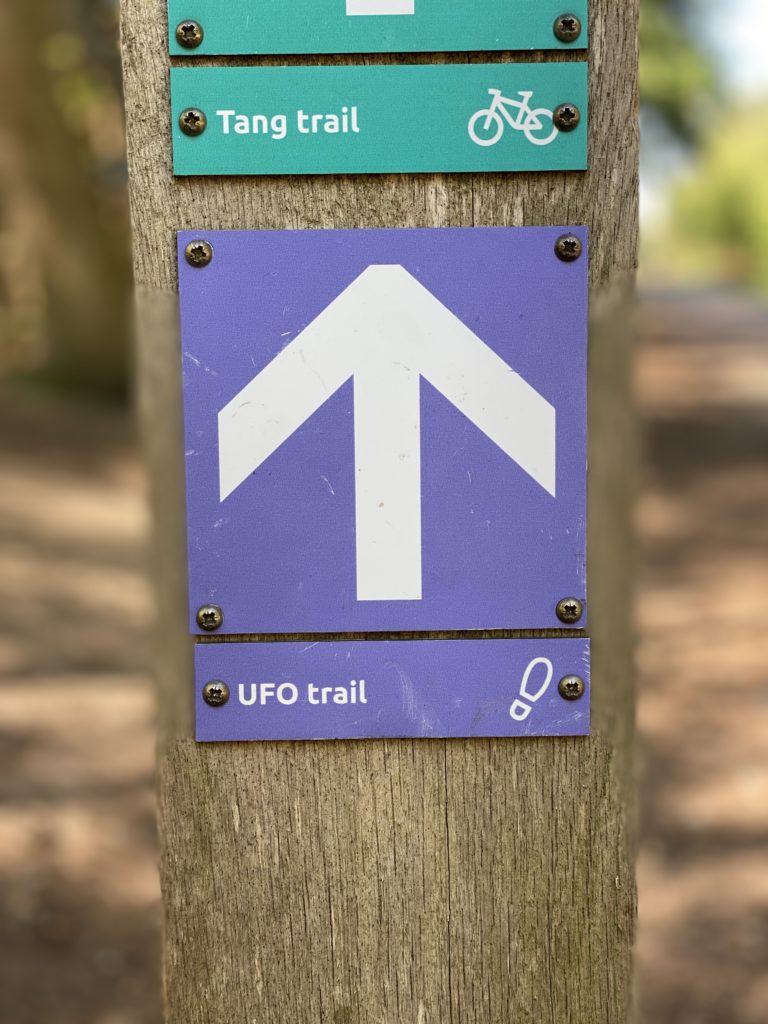 There are several walking and bike trails through Rendlesham Forest and we were keen to explore the UFO trail. It’s about 3 miles in length with 5 spots to stop off and explore along the way. 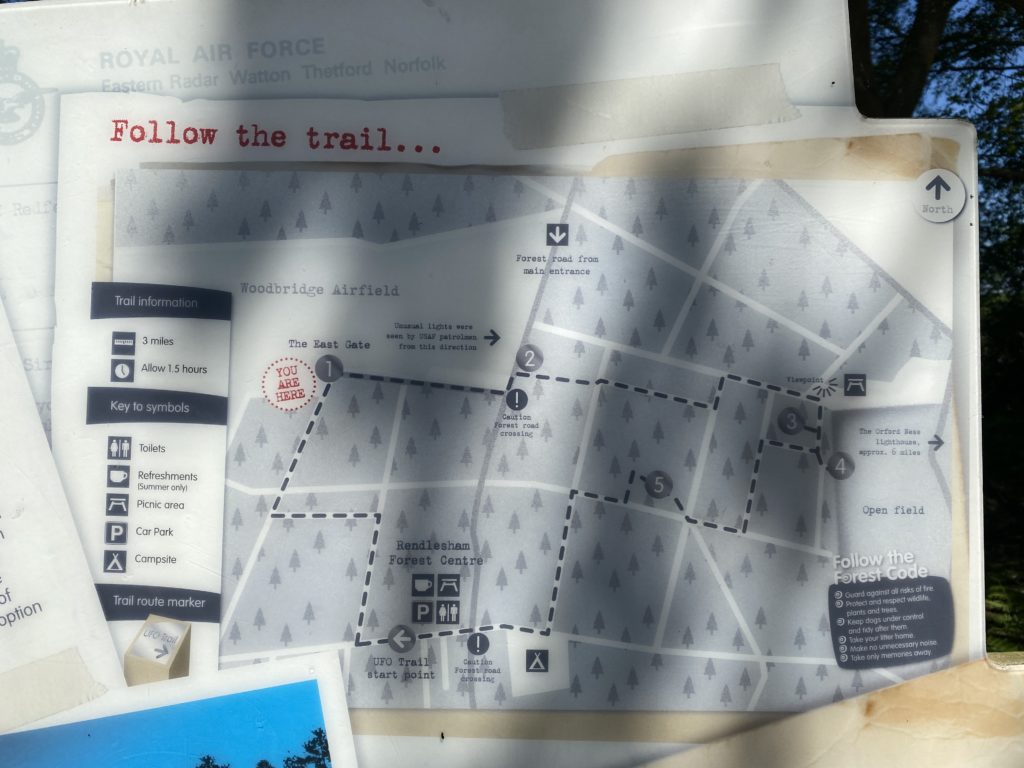 We parked in one of the car parks and walked to the first stop which was gates into Woodbridge Airfield where the runway extends into the heart of Rendlesham Forest. There was high fencing around the airfield with some small military buildings. 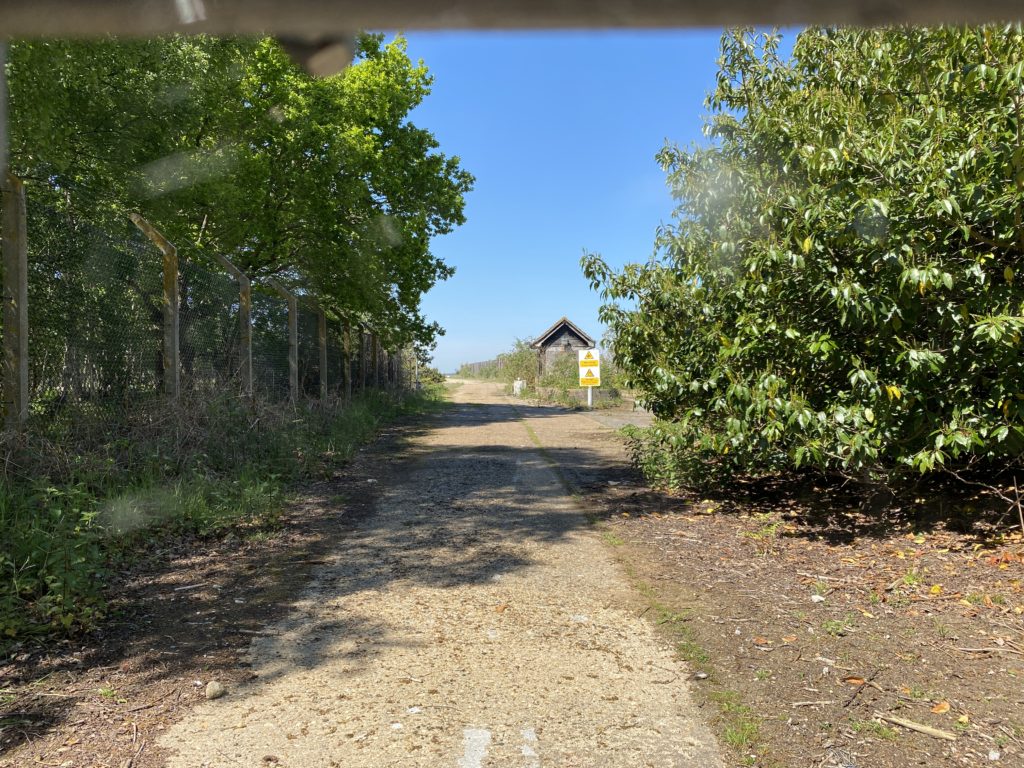 We visited on a really hot day and were glad of the shade from the trees. We also did some of the geocaches which were along the UFO route and this kept the kids happy and busy.

The two USAF security patrolmen spotted unusual lights one night in December 1980. They were granted permission to leave the base and investigate and this was one of the spots where the strange lights were seen. 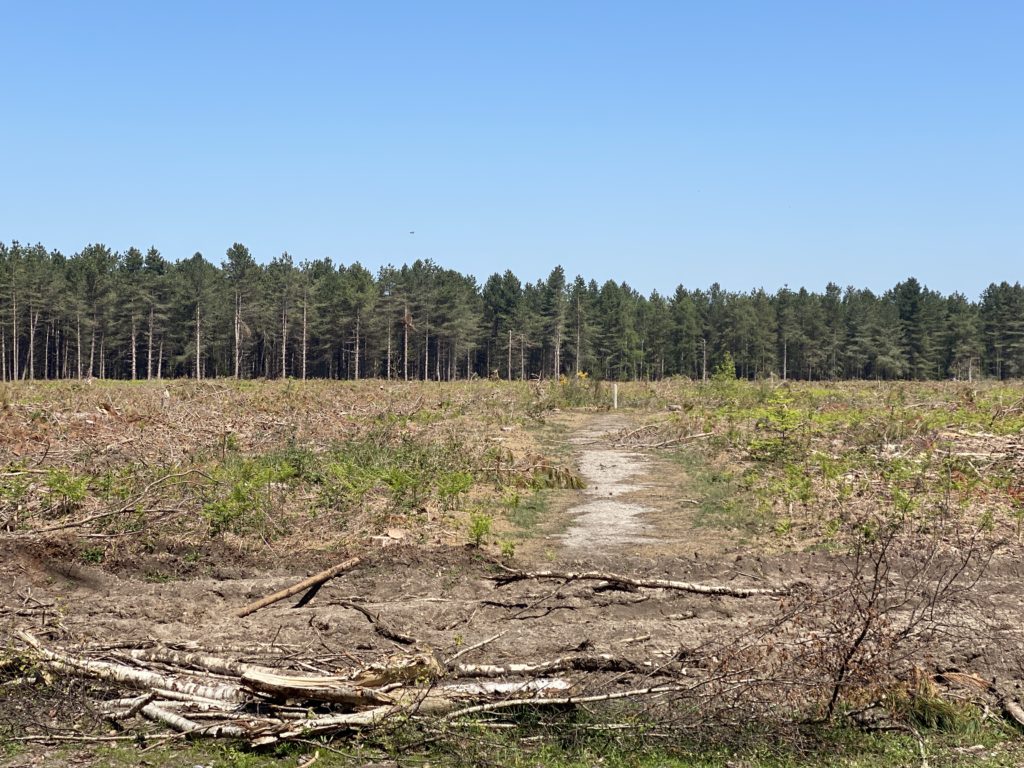 It was a fun walk which took about 2 hours. It’s always lovely to walk though the woods and there were plenty of swings and wooden activity trails, as well as a fun Out Of The World Bug Maze if you don’t want to walk the UFO Trail.