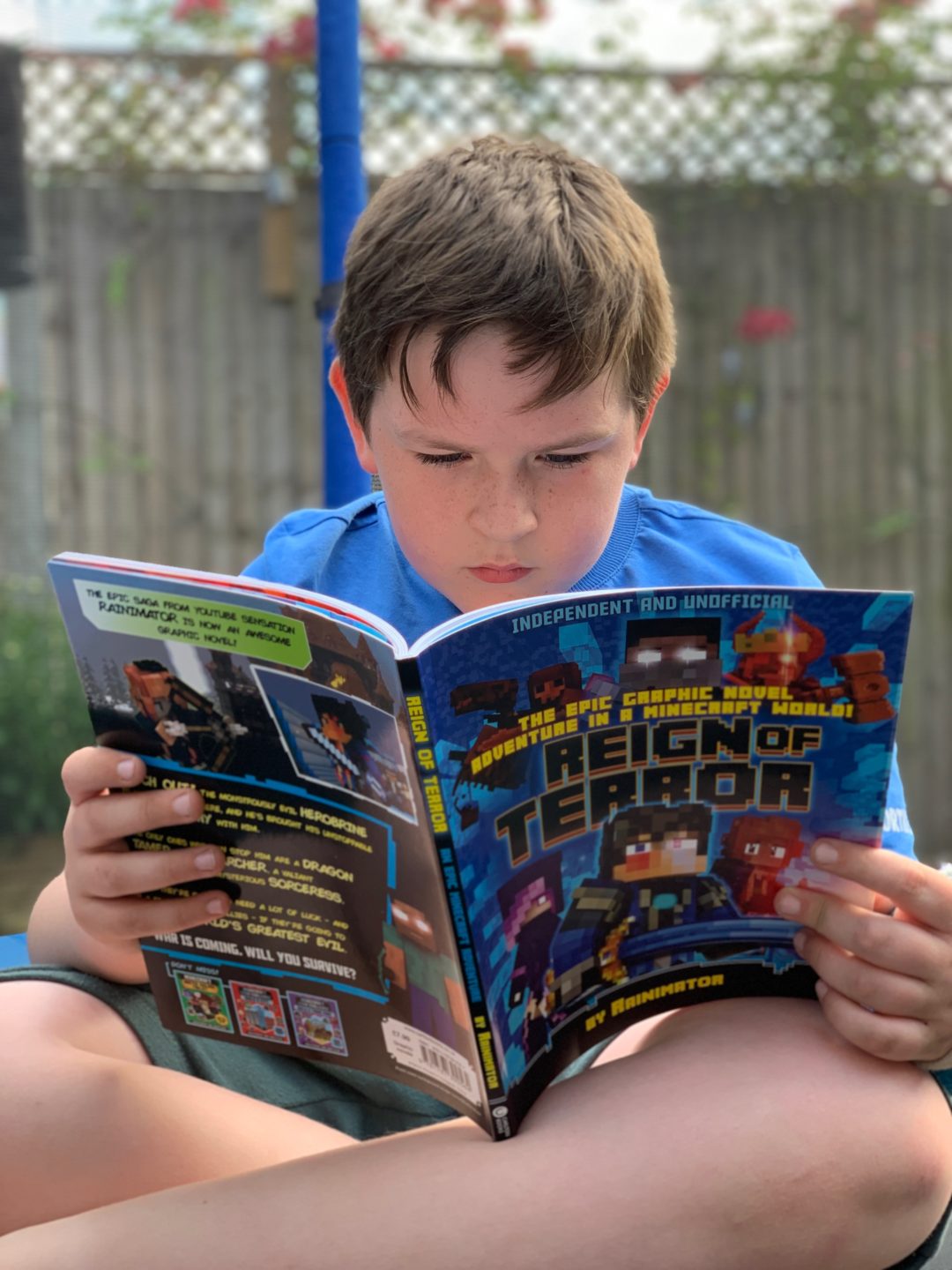 My 9 year old loves playing Minecraft so I’m always keen to give him any Minecraft books to encourage him to keep reading. He’s enjoyed official Minecraft books, such as guides and annuals, Minecraft: The Island and Minecraft: The Crash. But he loves the unofficial books too, including the Diary of an 8-Bit Warrior series and The Elementia Chronicles. He’s recently discovered graphic novels so I was excited to be #gifted a copy of The Reign of Terror: the epic graphic novel adventure in a Minecraft world from Carlton Books.

The Reign of Terror {a Minecraft graphic novel}

Reign of Terror: the epic graphic novel adventure in a Minecraft world is based on the insanely popular animated series from Rainmator which has garnered 90 million views on YouTube. The series is full of memorable characters, lush locations and dazzling special effects. All five episodes of Rainimator’s video series – Herobrine’s Revenge – are re-told in this stunning graphic novel. An action-packed sword-and-sorcery story in a unique Minecraft-inspired world retells the epic saga from the master animator Rain Olaguer (famous online as Rainimator). 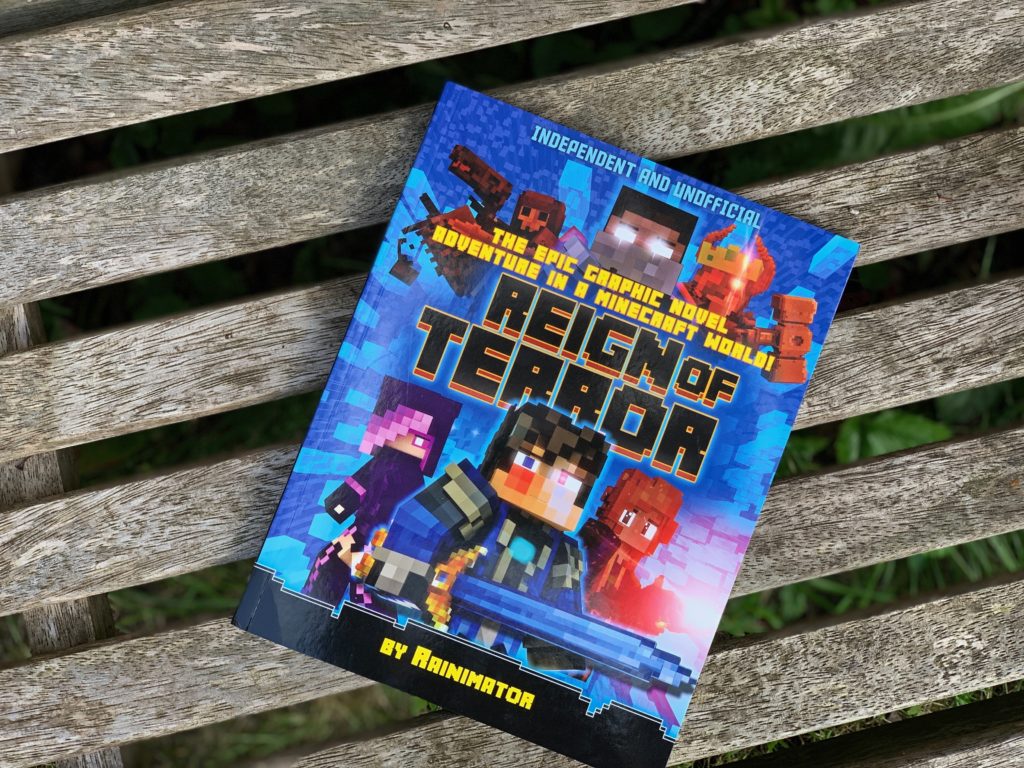 All five episodes of the first season of Rainimator’s video series (The Struggle, Cold As Ice, We Are The Danger, Just So You Know and Goodbye) are known online as Herobrine’s Revenge. These have now been retold as a stunning graphic novel by Eddie Robson.

My 9 year old was really excited when I showed him the Minecraft graphic novel and couldn’t wait to read it. He liked the look of the front cover and was pretty pleased to have a new Minecraft story to read in a different kind of format. He read it over two bedtimes, which was good for him, then passed it over to his sister to read. I thought it was well laid out and colourful, very appealing to young Minecraft fans. 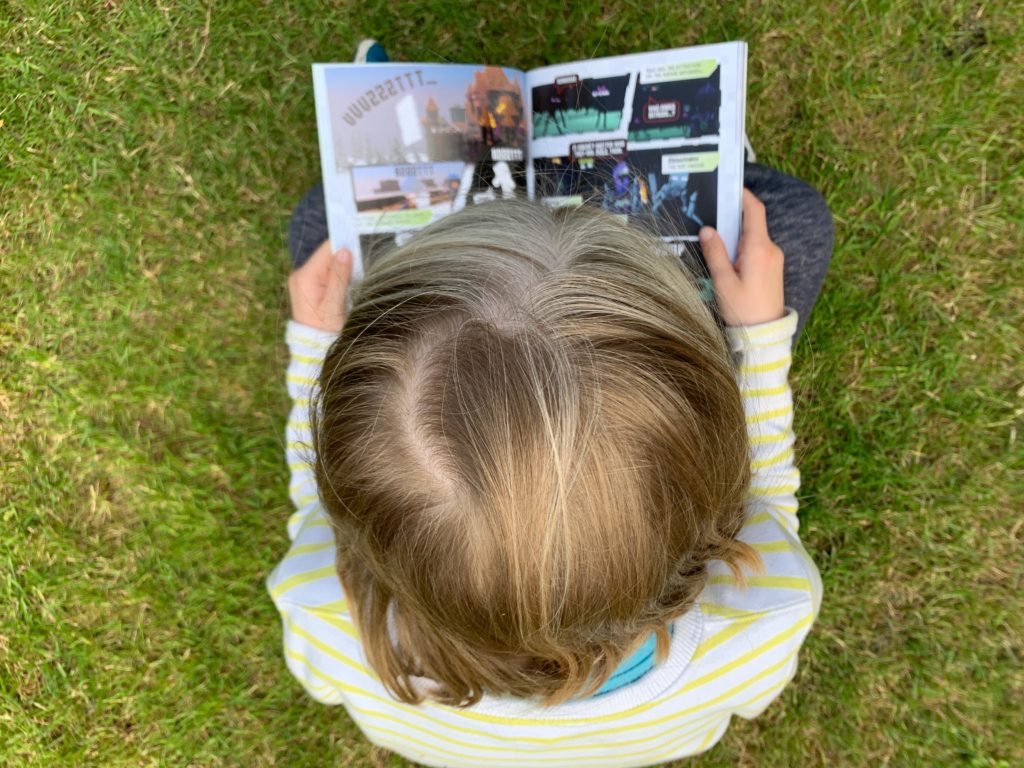 Reign of Terror: the epic graphic novel adventure in a Minecraft world by Rain Olaguer and Eddie Robson is priced £7.99. It’s perfect for ages 10 and over although both my 7 and 9 year olds have enjoyed reading it. It has 96 pages with full-colour graphics throughout.