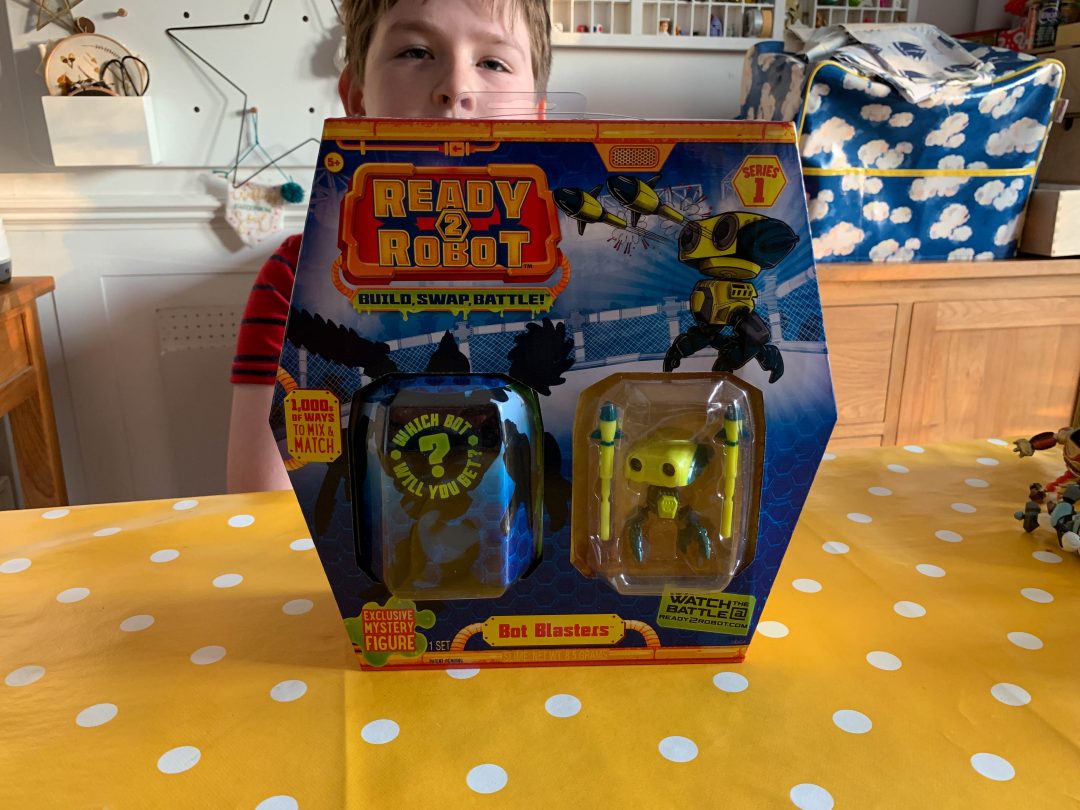 Does half term seem a long time ago to you? The week was really relaxing and is a distant memory already. We were sent an amazing box of Ready2Robot goodies to enjoy over half term, enough to enjoy a fun afternoon playing with some of the Ready2Robot Bot Blasters, whilst watching the webisodes and munching on popcorn.

We’ve mentioned Ready2Robot before. They combine all the fun elements of an unboxing toy with different layers of robots and slime. Kids can build, swap and battle with Ready2Robot. Build your mechbot, unleash your pilot from his slime pod and get ready for an epic robot battle.

The Ready2Robot Bot Blasters Series 1 set is fun to open. There are 4 different ones to collect, each contains a mystery Mechbot with a pilot for you to build as well as a spring loaded missile to blast your opponent. 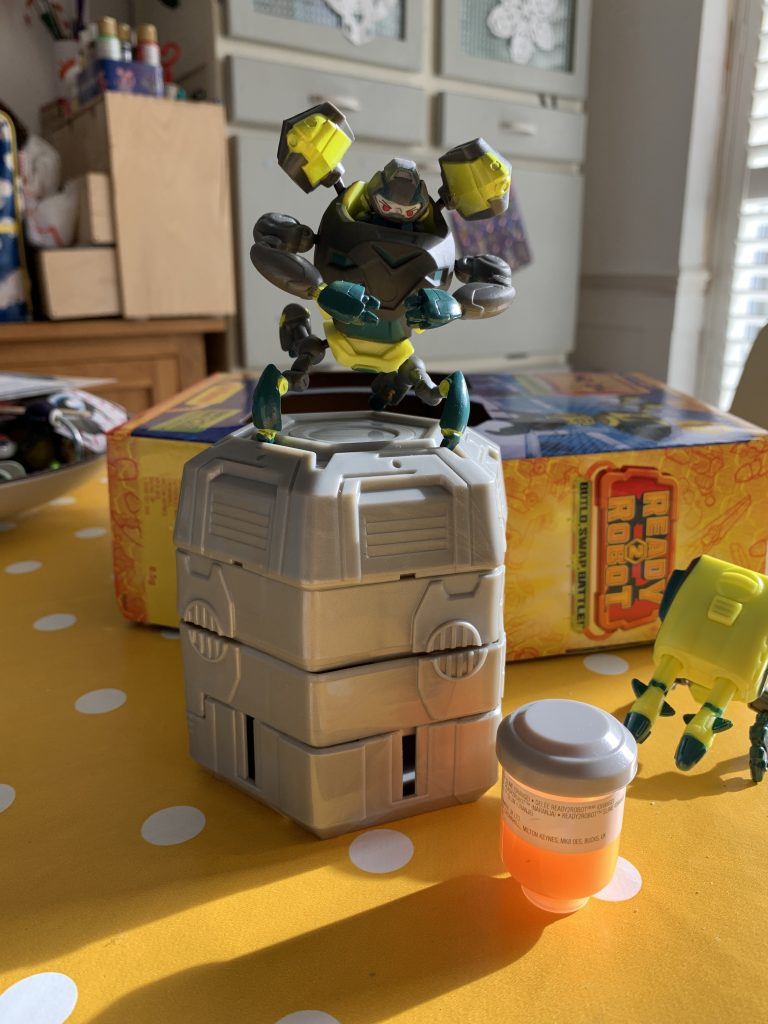 Each toy is contained in a canister which can be unboxed by unwrapping the layers. Open it up to reveal layers with packets which contain a robot which you can build. There’s also a container of slime which you pop out. Inside is a small pilot which you can place inside your robot.

These were a great addition to my son’s collection and he got them all out so he could play, setting up a robot-brawl battle against his sister inside the Fightanium Arena. The more bots you unbox will enable you to build your ultimate brawler and blast your way to becoming champion. The last bot standing gets the glory and the bragging rights! 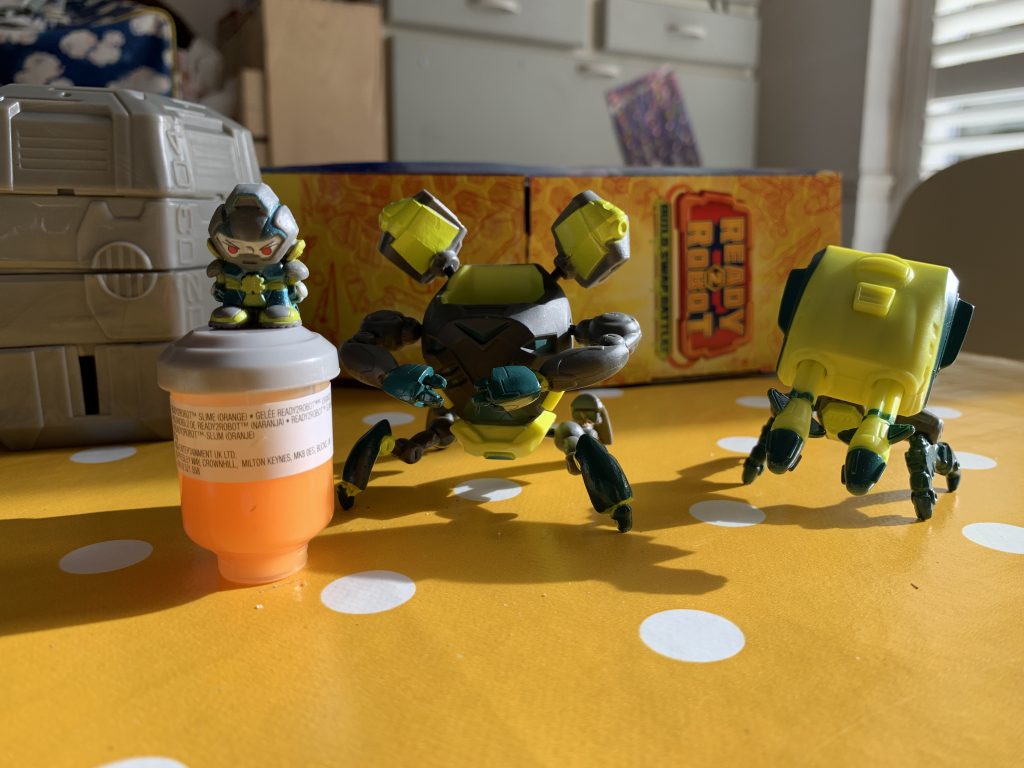 After they had finished their messy slime play we sat down to watch some of the Ready2Robot webisodes. These are also available from ready2robot.com

You can purchase Ready2Robot from all good toy shops including Argos, The Entertainer, Smyths and Amazon.