Playmobil How to Train Your Dragon sets 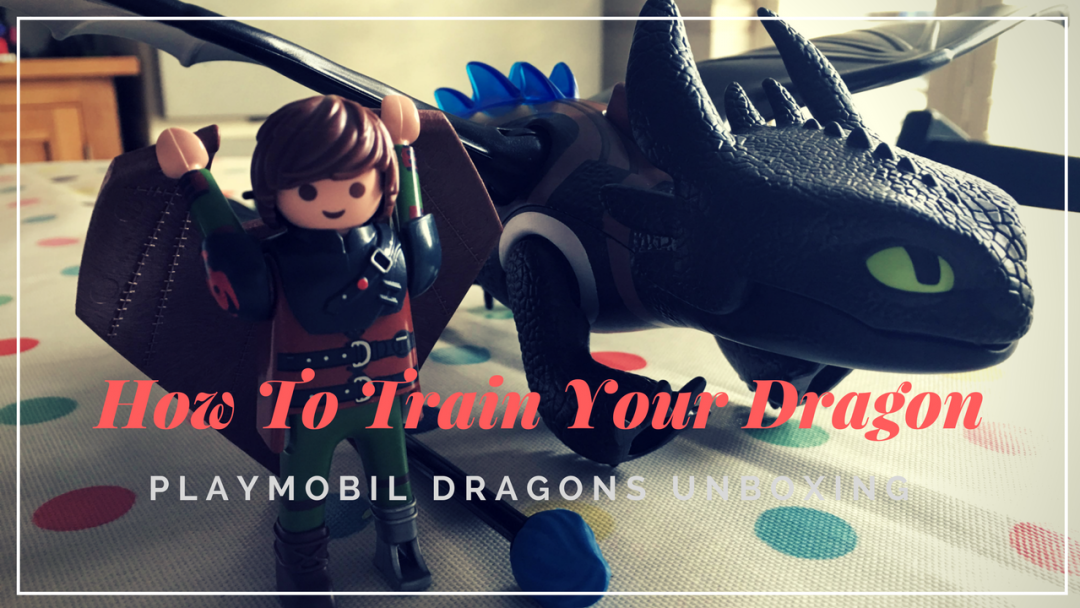 I’m so excited to be sharing with you the brand new Dragon playsets from Playmobil, based on the How To Train Your Dragon franchise! This is Playmobil’s second entertainment brand license, this time with DreamWorks Animation, and following the success of Ghostbusters (see our review here) we were really excited to get our hands on the sets. 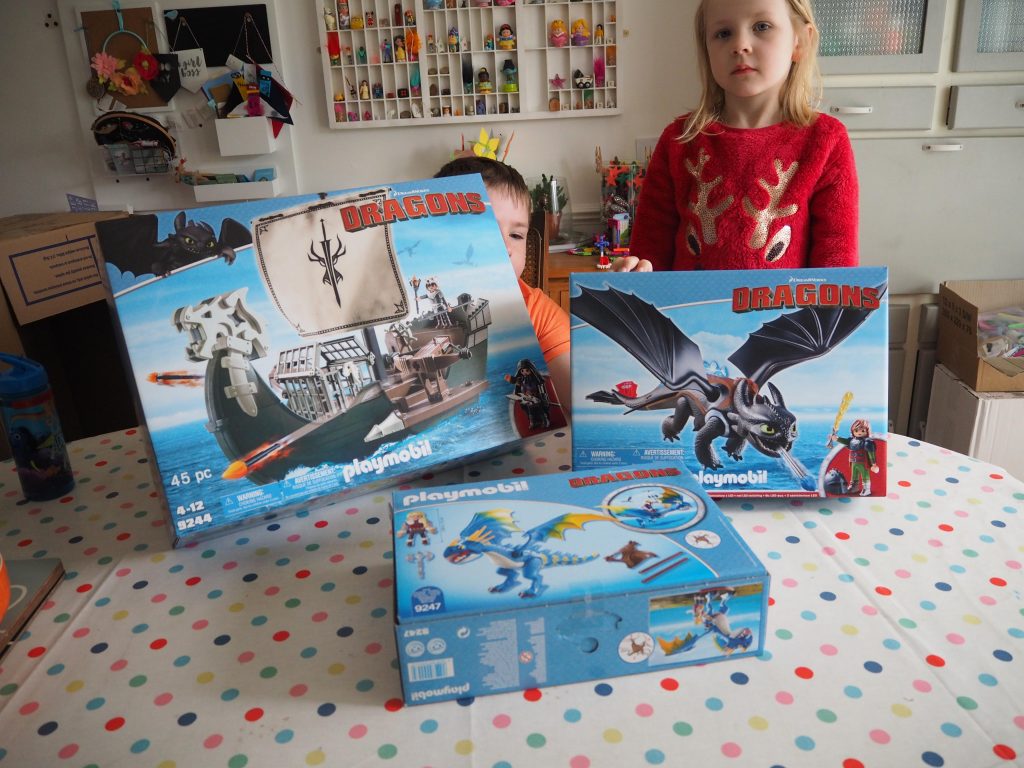 How To Train Your Dragon 3 is due for release in 2019. As well as these films there are also 4 shorts and a series called Race To The Edge, which we’ve been watching on Netflix.

My children love the films and tv series so were excited to open the playsets. Playmobil are a top manufacturer within preschool toys and are well known for their quality. You can take a look at our unboxing video here but read on for more information about the three sets from the new Playmobil Dragons range. 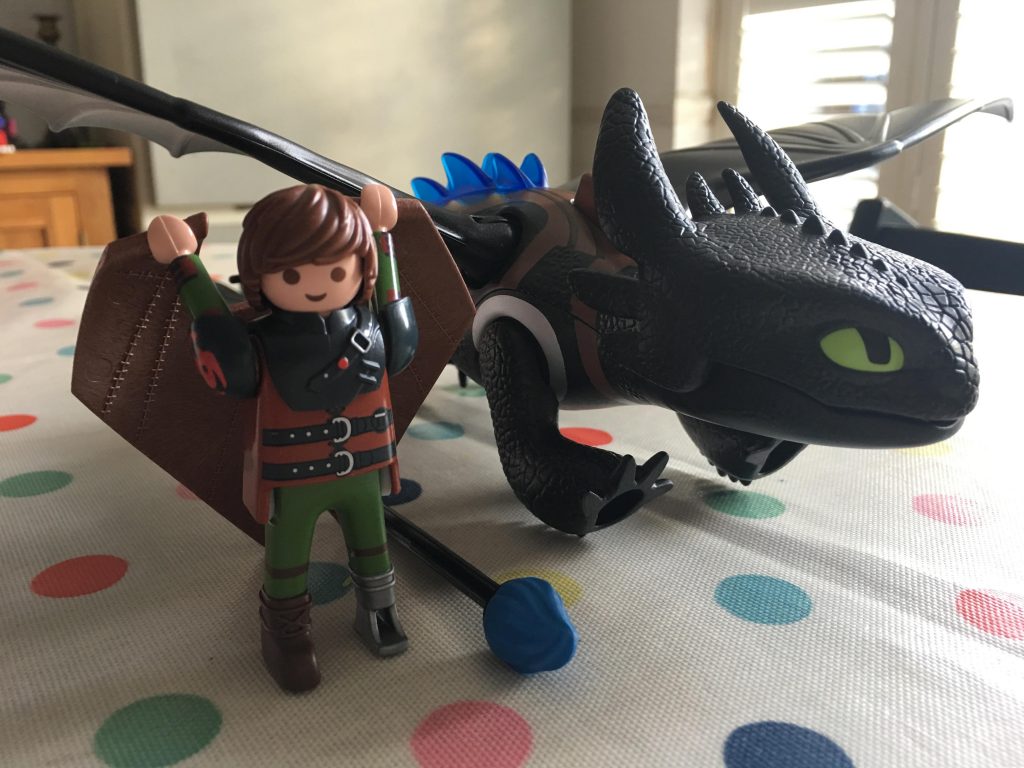 Join in all the action with Berk’s heroic duo, Hiccup and Toothless. In true Night Fury fashion, Toothless can shoot a blue fire dart from his mouth, keeping his enemies at bay. With illuminating back spikes (battery required), Toothless isn’t easily intimidated, and together, he and Hiccup will do whatever it takes to protect Berk and its dragon friends. Thanks to the saddle, Hiccup can comfortably sit on Toothless’ back and help him fly. This set includes Hiccup figure, Toothless, blue fire dart, Hiccup’s flame sword, helmet, and other accessories. 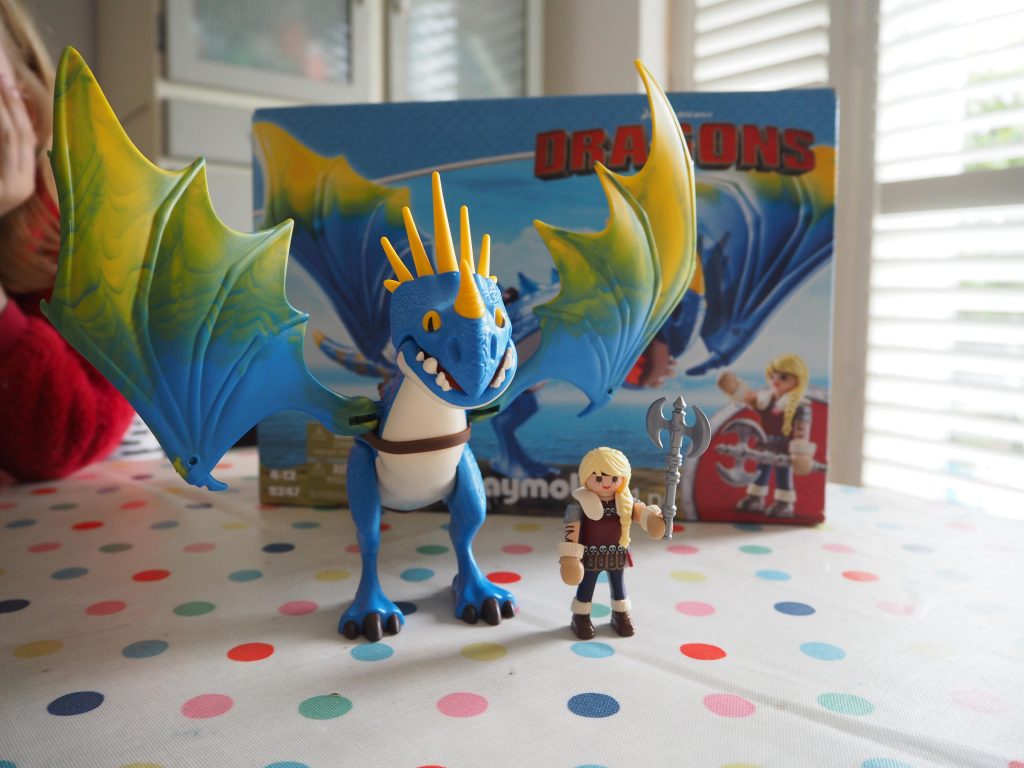 Show off some girl power and head out on an adventure with Astrid and Stormfly. Playful in nature but ferocious in battle, this duo is ready to take down Drago! Astrid can use the saddle to sit on Stormfly’s back. When the battle is won, the saddle can be removed, and Stormfly can enjoy some free flying! This set includes Astrid figure with removeable battle axe, Stormfly and saddle. 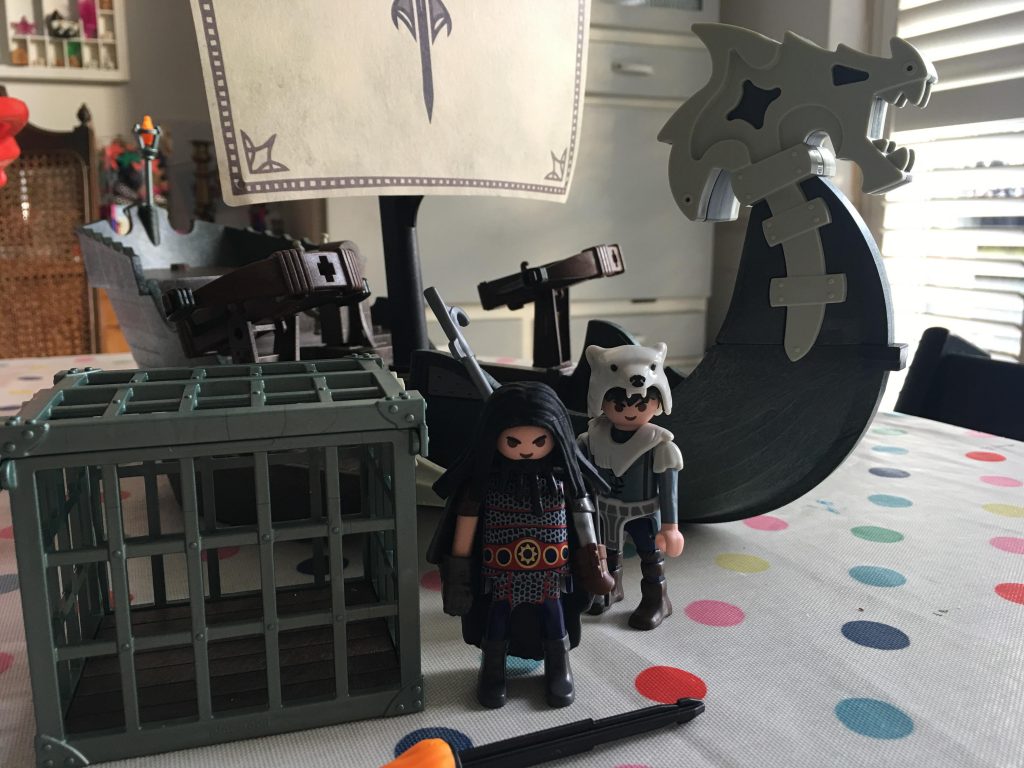 Battle the dragon-riders’ fiercest enemy yet, Drago, as he approaches on his ship. This floating ship has everything Drago needs for his devious attempts to trap dragons. The dragon cage with dragon lock is used to contain captured dragons, while the functioning crossbows defend against any incoming fire. This set includes Drago figure, one other figure, spears, torches and cage.

We all loved these new Playmobil How To Train Your Dragon playsets from the latest Playmobil Dragons range. My 5 year old loves dragons and they’ve both watched the films so these will be great for imaginative play at home. They all required some putting together but will provide hours of play over the summer holidays and beyond.

You can find out more and check out the whole range here.