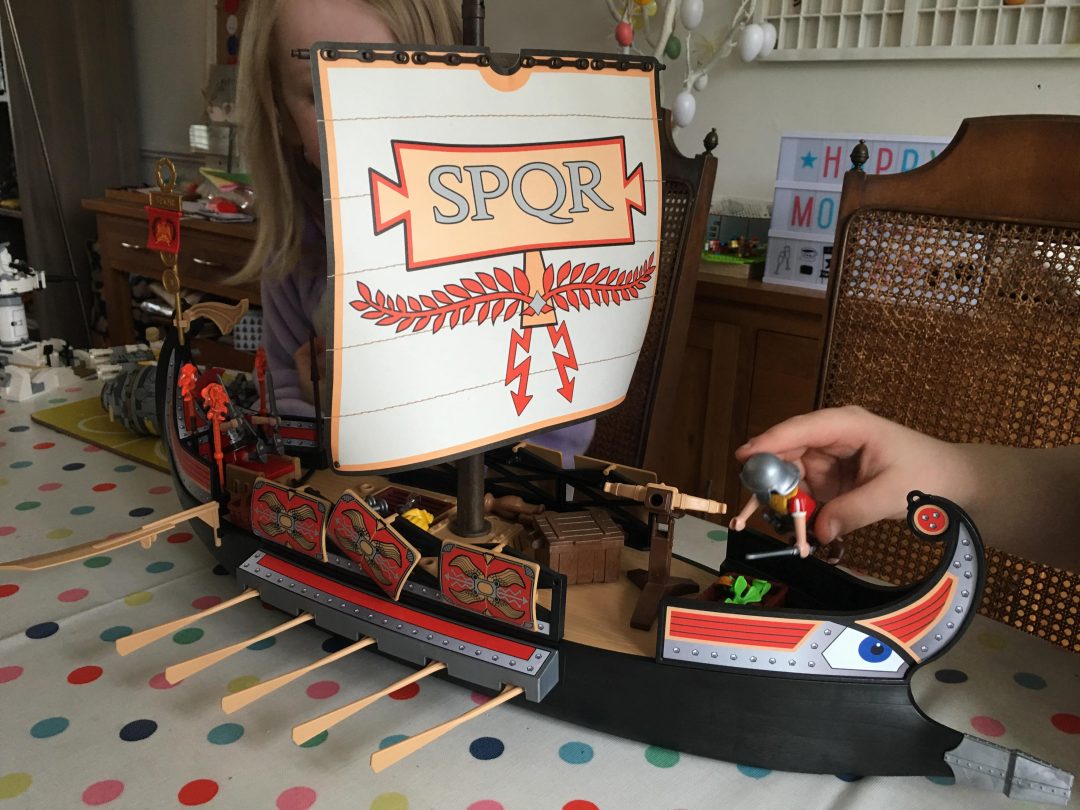 We’ve been a #PlaymobilPlayologist family for the past few years so we are a little sad to be bringing you our final Playmobil review today. Playmobil is a top manufacturer within preschool toys and we’ve really enjoyed working with them. Our final toy was the Roman Warriors’ Ship from the Playmobil History range. 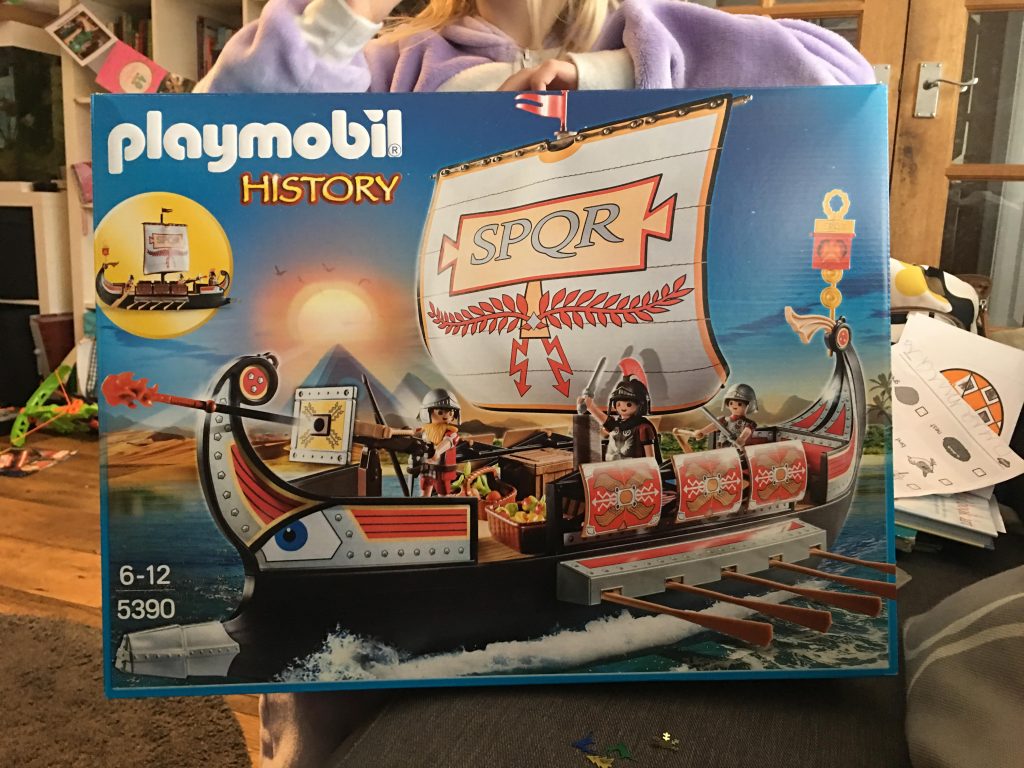 I studied Ancient History at University so I was very excited when I heard about this new range. The Playmobil History range covers the Romans and Egyptians, and includes Pharoah’s Pyramid, an Egyptian chariot, an Egyptian House, a Gladiator Arena Starter Set as well as lots of figures. I’m glad these weren’t around then as I can imagine we could have had loads of fun recreating historical events with them all.

The Roman Warriors’ Ship (5390) comes in a large box and requires a little building. I have clearly still not learned this as I gave it to the children and then had to help them build it! My 7 year old helped and was able to put most of the pieces together with a little help from me. There is also a sheet of stickers to apply. 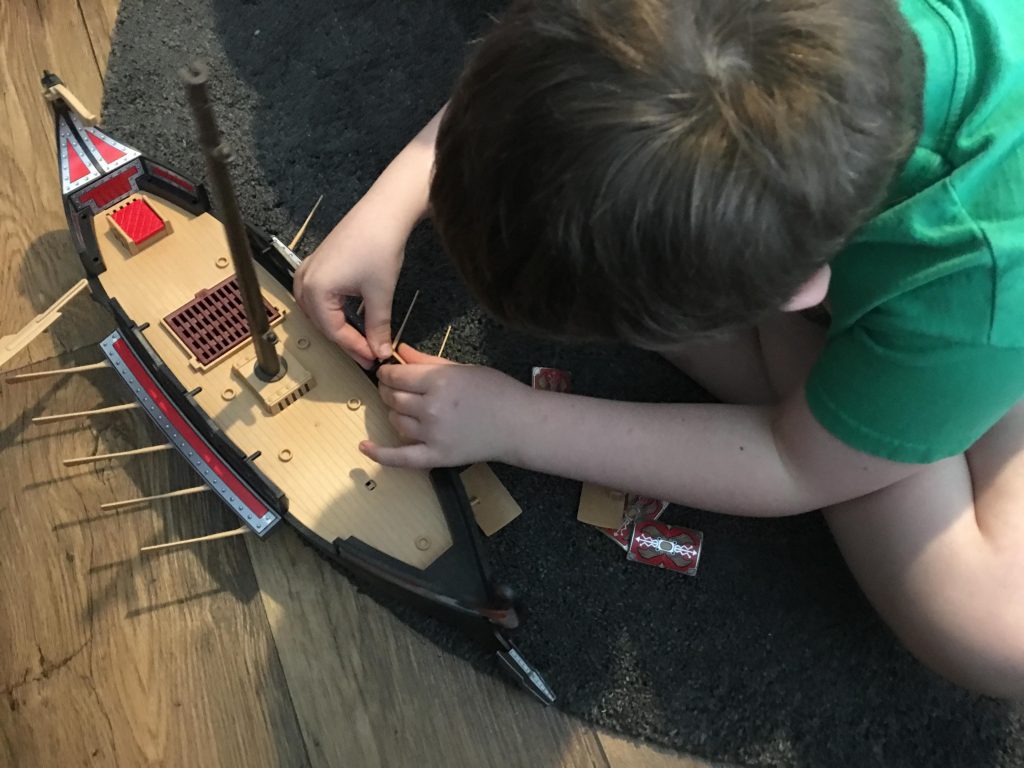 Inside the box you will find a galley ship with a number of accessories as well as 3 figures.. The ship floats and can be upgraded with the Underwater motor (item 7350 or RC motor 5536). We have an underwater motor for one of our other Playmobil boats so I can imagine we will be putting this in the bath soon. 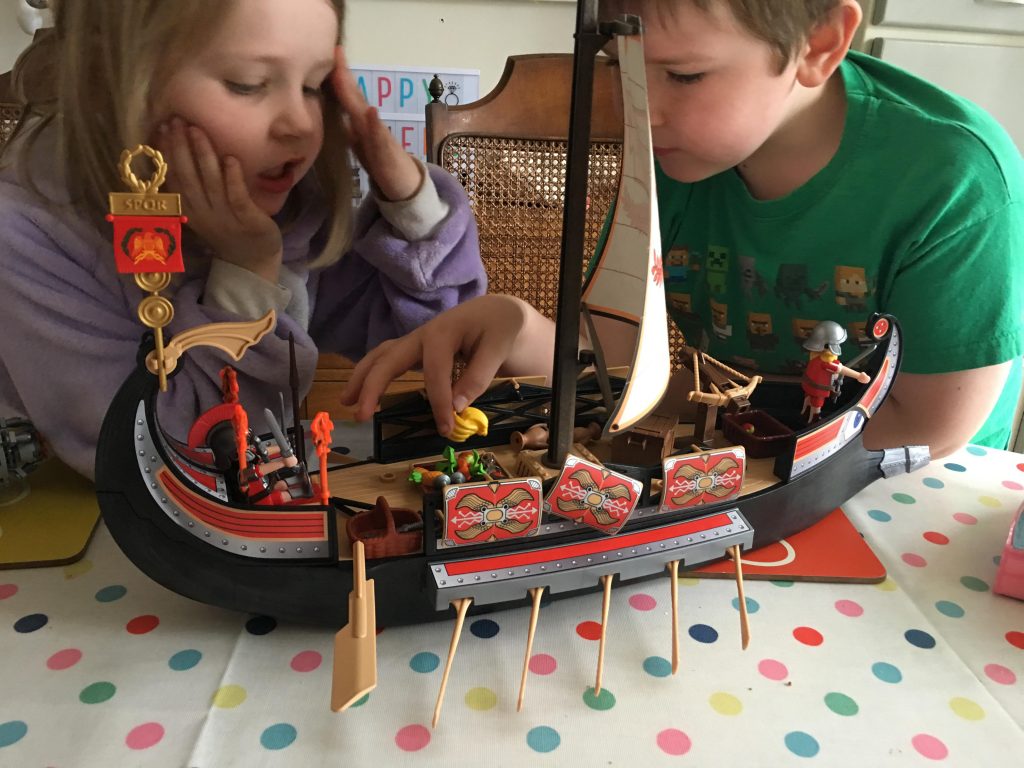 My children have been having lots of fun with this ship. They have watched the film a few times which has really inspired their play. They have also involved some of their other Playmobil sets.

The Playmobil Roman Warriors’ Ship costs £34.99 and is available from the Playmobil website and all good toy shops.