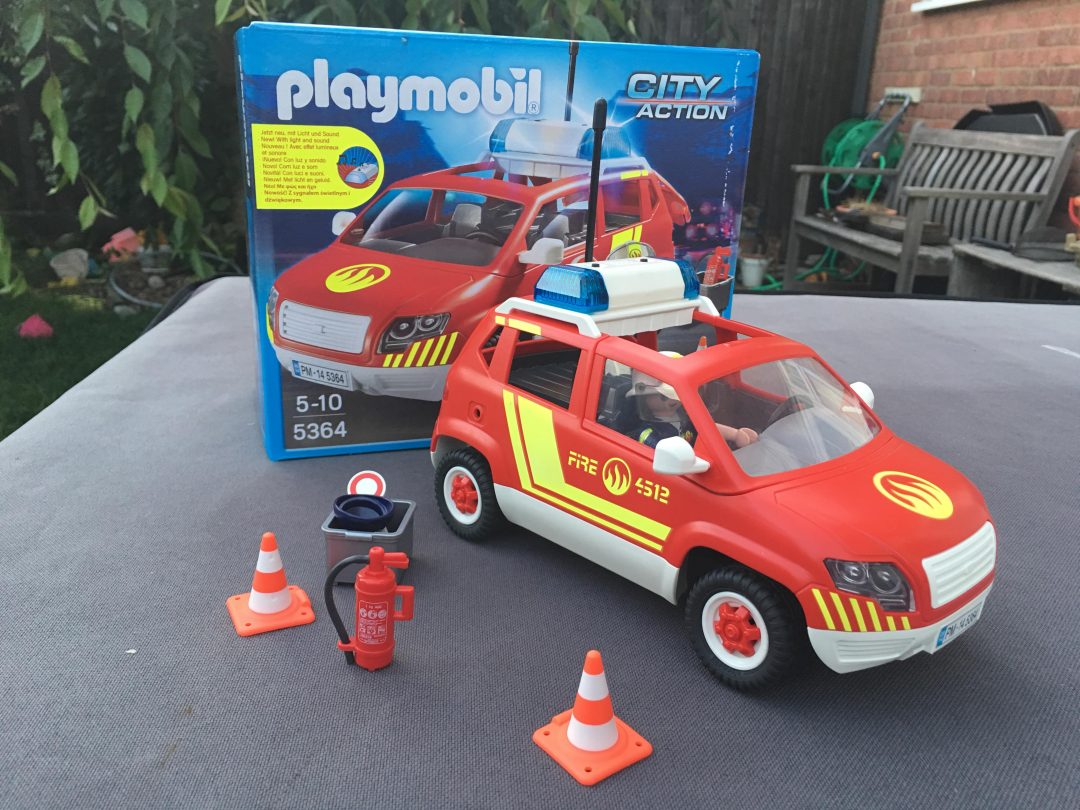 I’m so excited to announce that we’ve been chosen to work with Playmobil once again as Playmobil Playologists! Our family love Playmobil, a top manufacturer within preschool, and we’re looking forward to sharing some of their news, and of course toy reviews, with you over the next few months.

Earlier this year we told you how London Fire Brigade recruited a specialist #PLAYMOBILBrigade to celebrate their 150th year. Fire stations have been busy hosting 65 collaborative open days across the capital throughout 2016 to teach children about fire safety in the home. We were lucky to attend the VIP launch event at Soho Fire Station and ever since my 4 year old daughter has wanted to be a Fireman (yes man, not lady) when she grows up.

At the event we had the chance to see the Playmobil limited-edition London Fire Brigade versions of fire engines and cars. 10% of proceeds of these will be donated to the Brigade’s charities and the toys are available to purchase at the special open days and direct from Playmobil customer services. 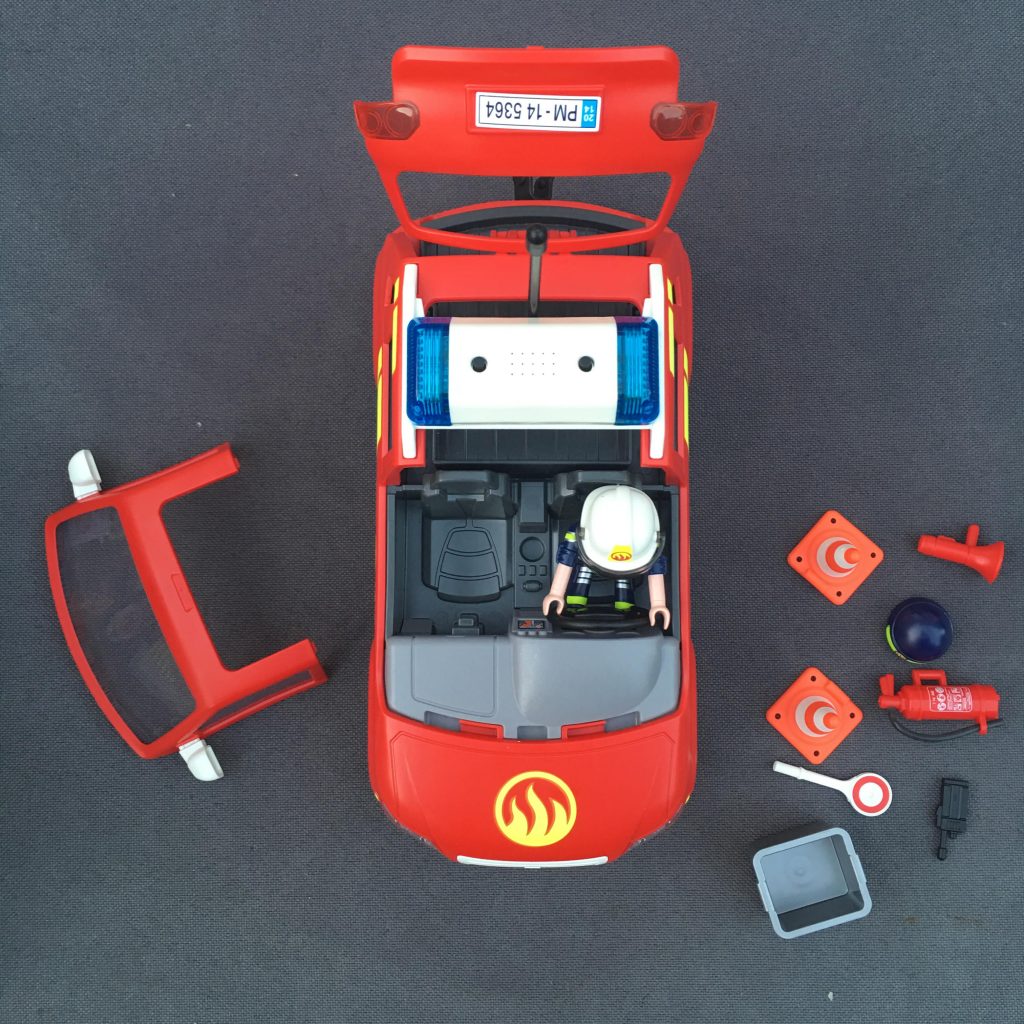 Of course my children and everyone else’s wanted these new toys so we were excited to receive (5364) Fire Chief´s Car with Lights and Sound from Playmobil’s City Action range. This is a special edition sticker set consisting of an RC-upgradeable vehicle with flashing lights and two fire brigade sounds and special sheet of stickers. 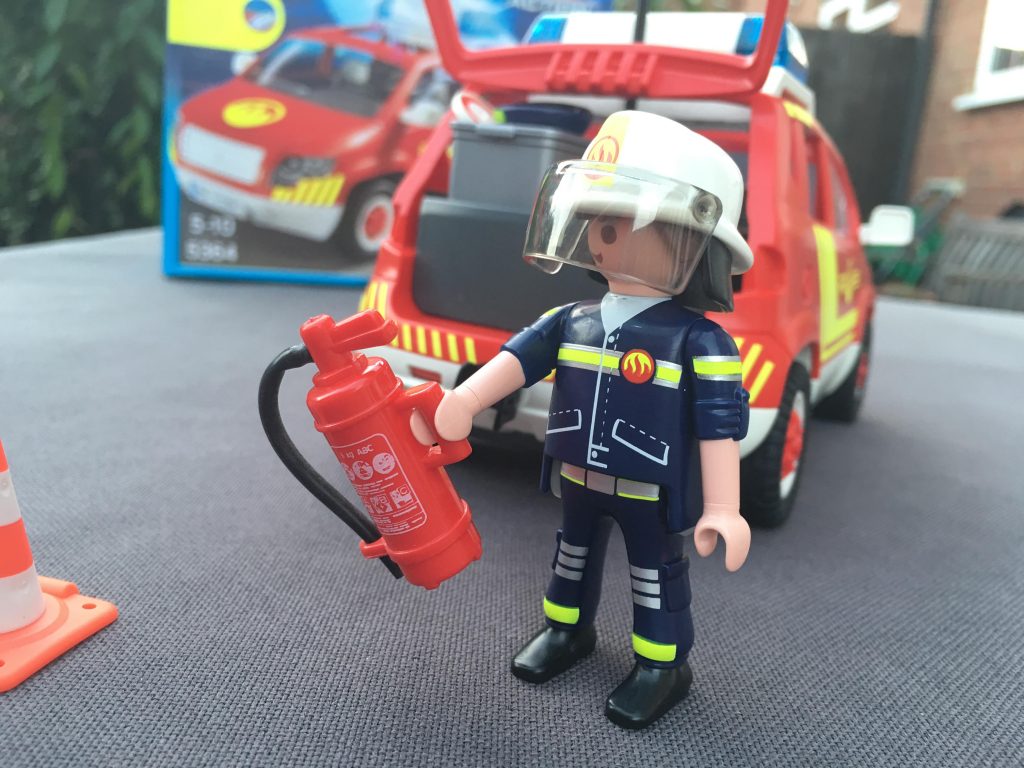 Patrol the scene with the Fire Chief’s Car with Lights and Sound. Kids will love giving the other fire fighters instructions through the megaphone. Set includes one figure, car, traffic cones, fire extinguisher, megaphone, and other accessories. Upgrade with the RC module to arrive at the scene faster! 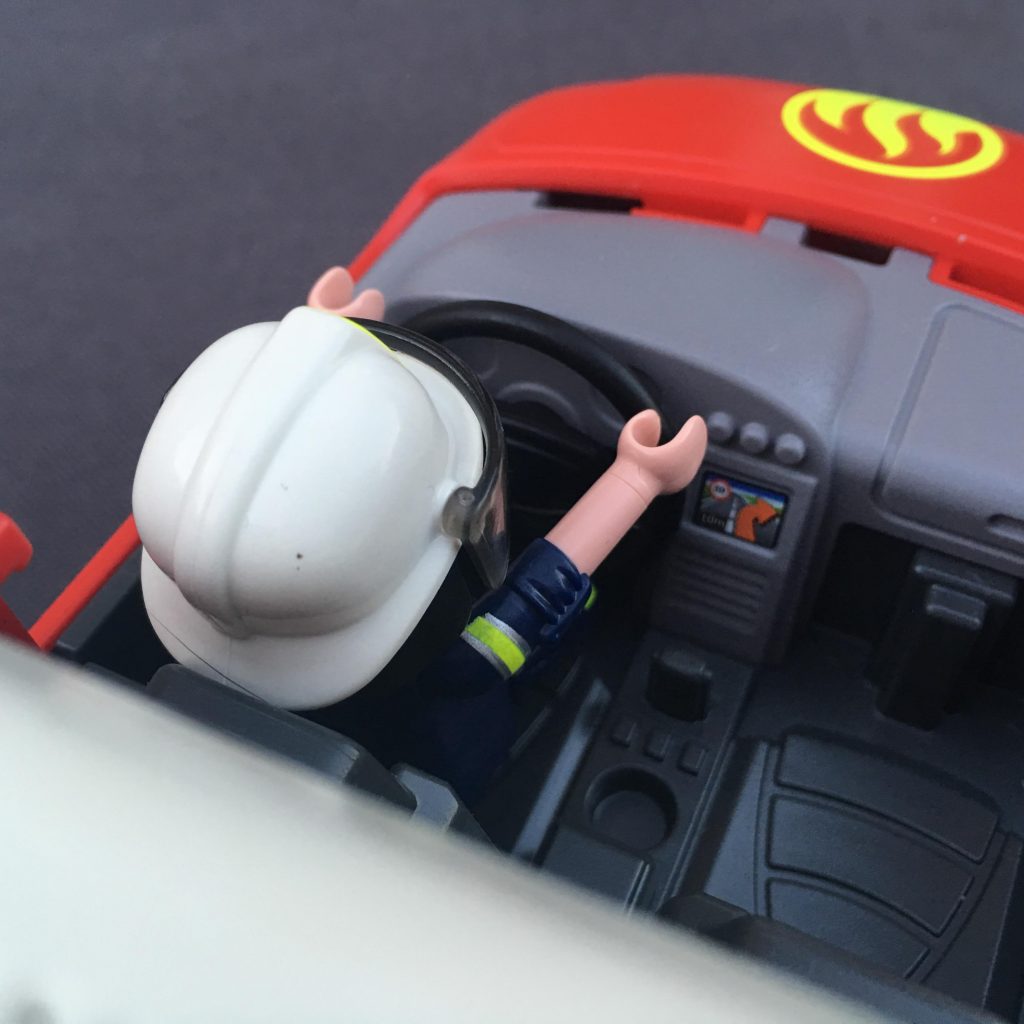 My 6 year old enjoyed building this toy which took him about 5 minutes. It included a couple of stickers, for the number plates and sat nav, although he has kept the special edition stickers for now.

It’s a lovely toy vehicle and the extra pieces, such as cones and equipment are the perfect addition to the vehicle and figure. It has been added to our other Playmobil sets, especially the Playmobil Advent Calendar Fire Rescue Operation set which we received last year and the children having been having fun setting up their Playmobil fire scenarios.

Disclosure – we received this set to review as part of our role as #PlaymobilPlayologists but all thoughts and opinions are our own. This set is available to buy from Amazon (affiliate link) and other good toy shops.