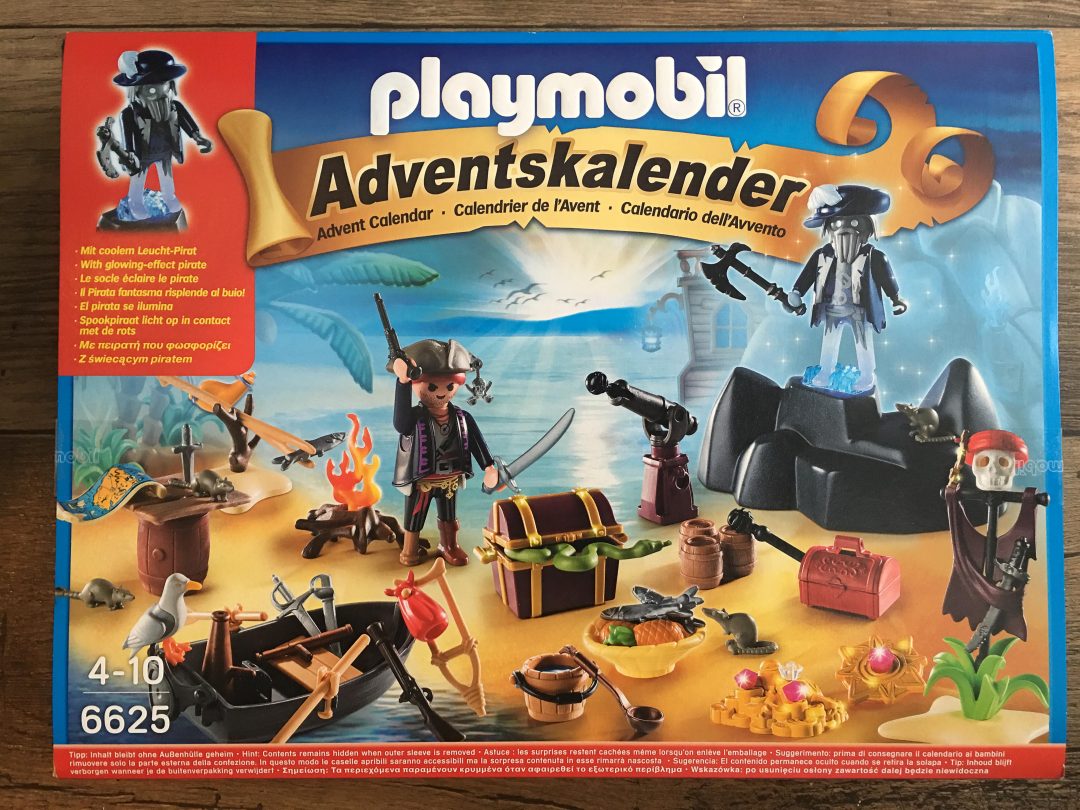 It’s definitely the time of year to be planning Advent treats for my children. Playmobil is a top manufacturer within preschool toys. We’ve been Playmobil Playologists for a while now and were lucky to receive the Playmobil Advent Calendar to review.

I have to admit that I haven’t opened the Pirate Treasure Island advent calendar for the purposes of this post. My children get a huge amount of fun from Advent so I haven’t opened this one. My 4 year old daughter loves pirates so she will be opening this throughout Advent – I’m sure I will be sharing pictures on Twitter and Instagram if you want to see more.

With Pirate Treasure Island you can find the legendary treasure of the ghost-pirate. Included is a cardboard play scene which is complete after 24 days. Every day you open a compartment and you will find two pirates, a boat, a treasure map, lots of accessories and, of course, some treasure. This set requires a battery, which is not included, which makes the ghostly pirate glow. 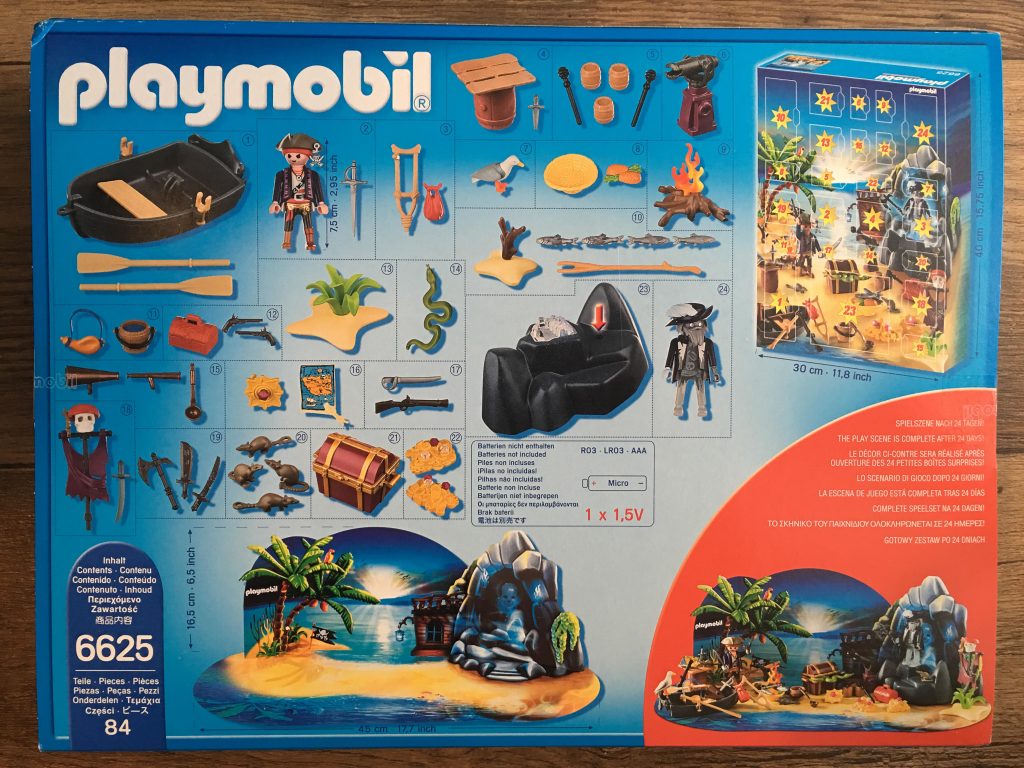 I know that my children will love opening this advent calendar. They love Playmobil and we find the pieces usually make their way into our general Playmobil collection after being out over Christmas. The pirate theme is fun but I must admit I prefer the others in the range which are more traditional, such as the Christmas Room with Illuminating Tree and Christmas on the Farm. There is also a Dress up Party and Fire Rescue Operation with Card Game calendar. I also like the Christmas in the Forest from the Playmobil 123 range which would be perfect for smaller hands. They are all priced around £19.99 which seems good value for the number of toys in the calendar. You can purchase them directly from Playmobil or all good toy shops.