9 places to visit around Bradford-on-Avon with kids 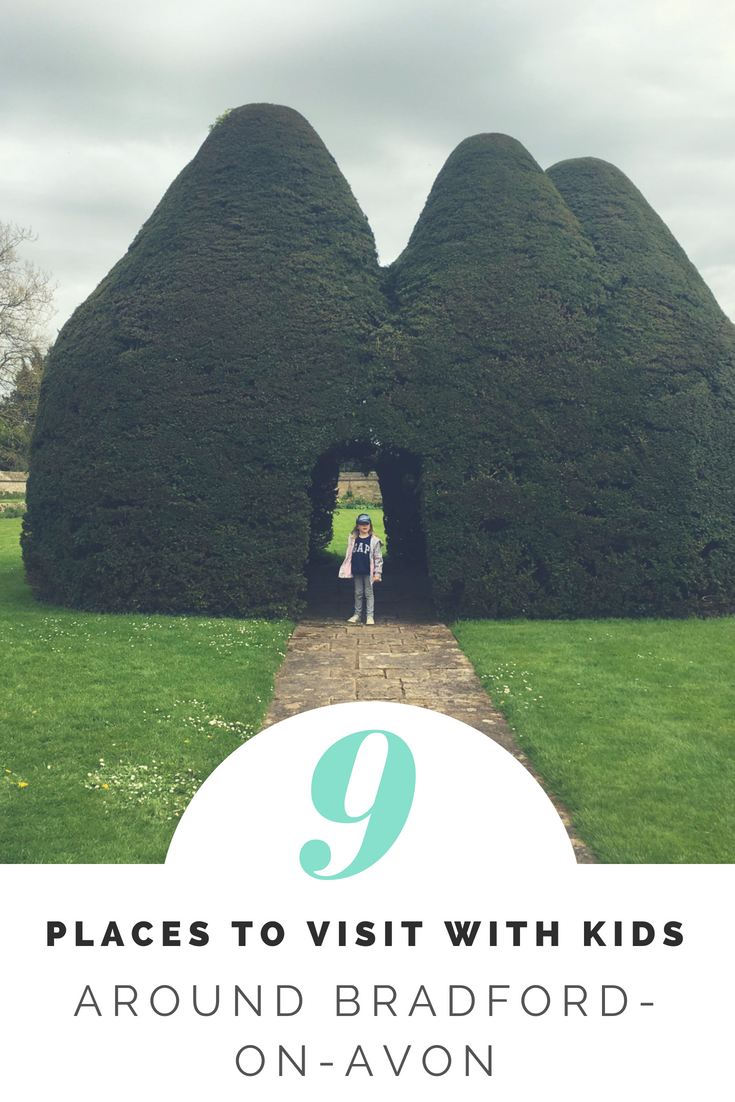 Half term just isn’t half term without a visit to family in Wiltshire. We’re really lucky that my mum lives in a sweet little Wiltshire village, close to the border with Somerset, and within easy access to some lovely family-friendly days out. If you’re looking for days out with the kids around Bradford-on-Avon then here are 9 places to visit around Bradford-on-Avon with kids.

9 places to visit around Bradford-on-Avon with kids

This is a spectacular 14th century monastic stone barn, 51 metres long, with an amazing timber cruck roof. It’s well worth a visit, especially to admire the ancient graffiti. The scale is huge which means it’s the perfect place come rain or shine to run off some energy. It’s also right next to our second recommendation….

Barton Farm Country Park is a delightful 36-acre countryside facility bounded by the River Avon and the Kennet and Avon Canal that offers something for everyone – walking, rowing, fishing, nature study or just relaxing with a picnic by the River Avon. There’s a lovely play park for kids, as well as some craft and tea shops.

A short walk through the pretty town of Bradford-on-Avon and you will discover St Laurence’s Church. This is one of a very few surviving Anglo-Saxon churches in England that does not show later medieval alteration or rebuilding. It’s small but lovely and the perfect size to keep a child’s attention.

A little way outside Bradford-on-Avon you will find The Courts. This curious English country garden is full of differently styled garden rooms, each with their own surprise, testament to its gardeners past and present who have all brought something new to it. The Courts is owned by the National Trust. Find out more about The Courts here.

Nunney Castle was built by Sir John de la Mare on the profits of his involvement in the Hundred Years War in the 14th century and destroyed during the Civil War. It is one of the prettiest castle ruins we’ve ever seen, surrounded by a moat. Nunney Castle is owned by English Heritage, free to visit and open all year round. 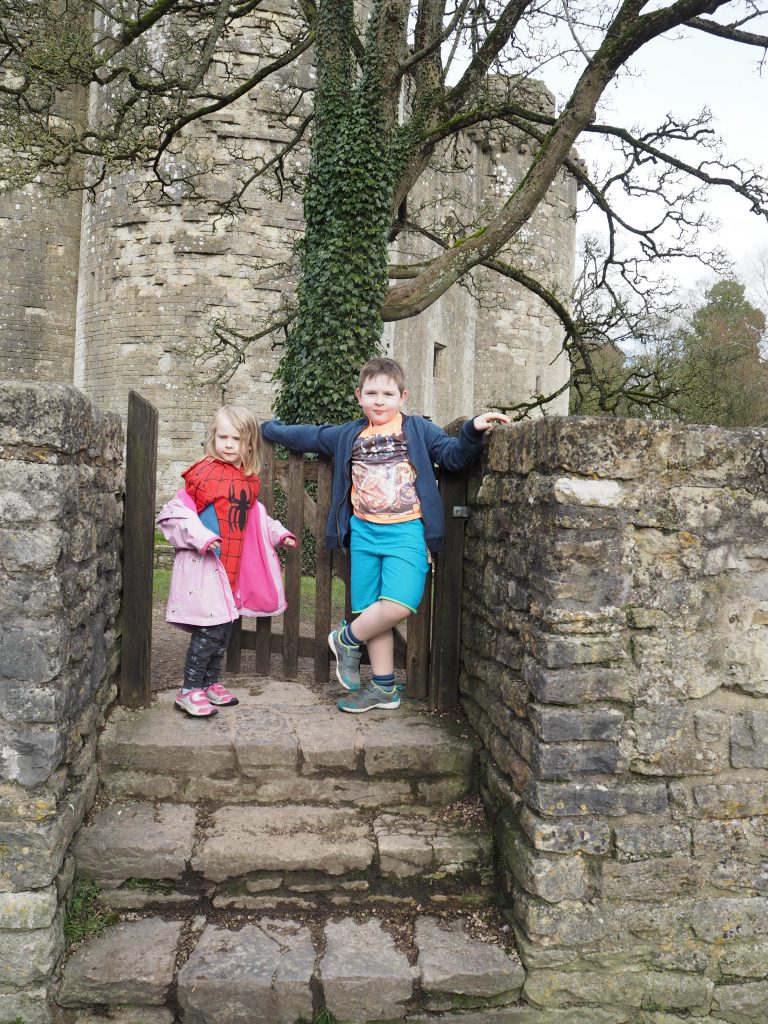 Find out more about this elegant manor house, with curious topiary, carefully restored wall panelling and plasterwork, and a rare Italian keyboard instrument. Westwood Manor is owned by the National Trust. Read about our trip to Westwood Manor here.

A beautiful 15th-century manor with Arts & Crafts-style gardens with ponds and topiary. You may recognise it as it’s a popular location for costume dramas, including Wives and Daughters, The Other Boleyn Girl, Wolf Hall and Poldark. Great Chalfield Manor and Garden is owned by the National Trust. It has limited opening hours so it’s worth checking on their website before you visit. See what we found when we visited Great Chalfield Manor.

The Westbury or Bratton White Horse is a hill figure on the escarpment of Salisbury Plain, approximately 1.5 mi east of Westbury in Wiltshire. It sits to the side of Bratton Camp, an Iron Age hillfort, and is a great place to explore with kids. It is owned by owned by English Heritage, it’s free to visit and there is a large free car park.