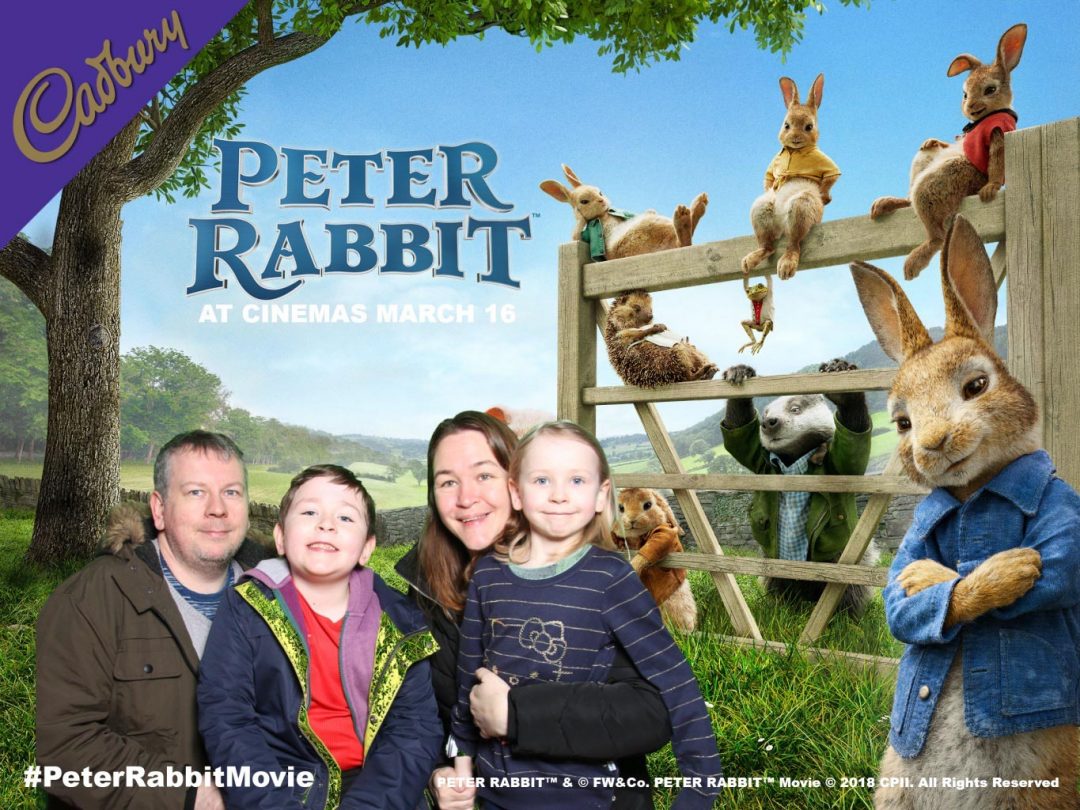 I’ve mentioned before how much I love the stories of Beatrix Potter. My sister and I shared a beautiful set of her stories which we still have, although I have to admit a few of the pages might have our scribbles on them. We both loved the stories and have re-read them with our own children, and we have 5 between us. The books are simply magical, and the illustrations really bring each character to life.

Now, did you know that Peter Rabbit is the oldest licensed character in the world? Beatrix Potter registered him at the Patent Office in December 1903, after overseeing the creation of the first Peter Rabbit doll. My daughter has a much treasured talking Peter Rabbit plush to go with our collection of books.

I love the way that Peter Rabbit and all of Beatrix Potter’s characters are brought to life in so many ways, such as the animated series of Peter Rabbit we enjoyed a few years ago. I couldn’t wait to see the new Peter Rabbit movie from Sony Pictures.

Today we were invited to a cinema in the West End to watch the film! We were so excited as we’ve been stuck indoors decorating for the last few days! We got to the cinema and were greeted by doormen from Harrods who handed us huuuuge chocolate coins. We then went upstairs and spent a happy hours crafting bunny pots, eating carrot shaped biscuits and drinking carrot juice, getting faces painted and watching balloons being twisted into all sorts of different animals. 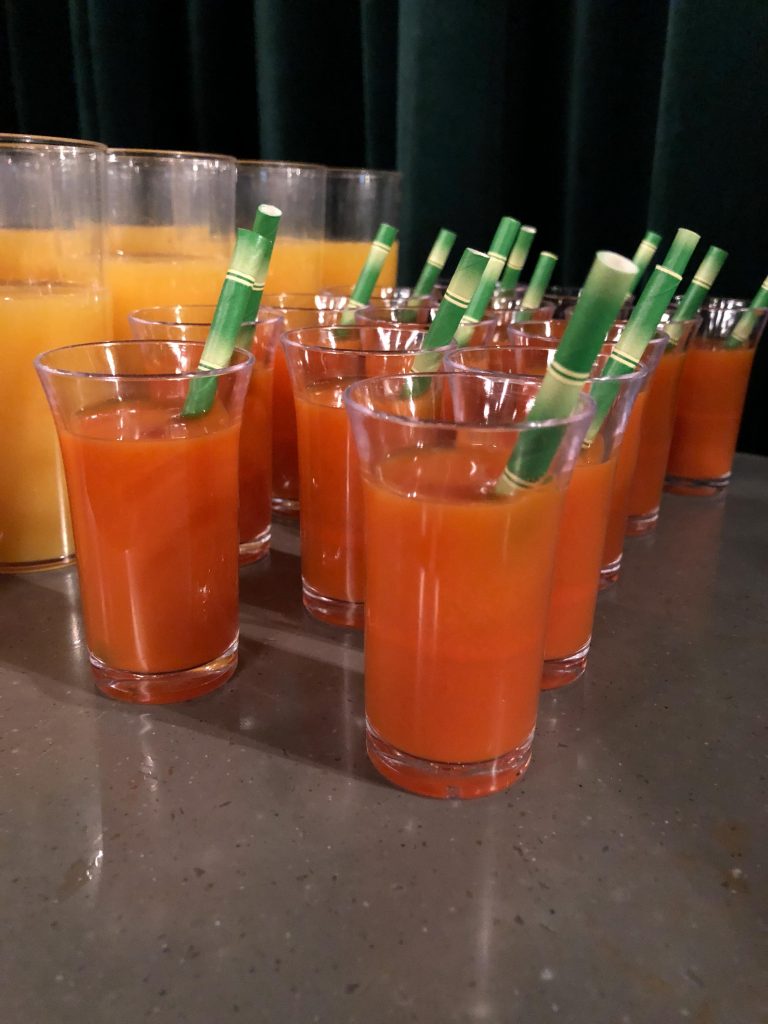 Soon it was time to go and watch the film. We were given chocolate eggs for the children from Cadbury’s and found seats in the huge cinema. Peter Rabbit is a new part-live action/part-animation film, based on the much-loved characters created by Beatrix Potter.

Peter Rabbit, the mischievous and adventurous hero who has captivated generations of readers, now takes on the starring role of his own irreverent, contemporary comedy with attitude. In the film, Peter’s feud with Mr. McGregor’s great-nephew, who is also called Mr McGregor! (Domhnall Gleeson) escalates to greater heights than ever before as they rival for the affections of the warm-hearted animal lover who lives next door (Rose Byrne). James Corden voices the character of Peter with playful spirit and wild charm, with Margot Robbie, Elizabeth Debicki, and Daisy Ridley performing the voice roles of the triplets, Flopsy, Mopsy, and Cottontail.

It’s a lovely film which we all found very funny. We enjoyed spotting our favourite Beatrix Potter characters from other stories, including Mrs Tiggywinkle, Jeremy Fisher and Pigling Bland. Peter Rabbit is released on March 16th and will be a great film to watch during the Easter holidays. 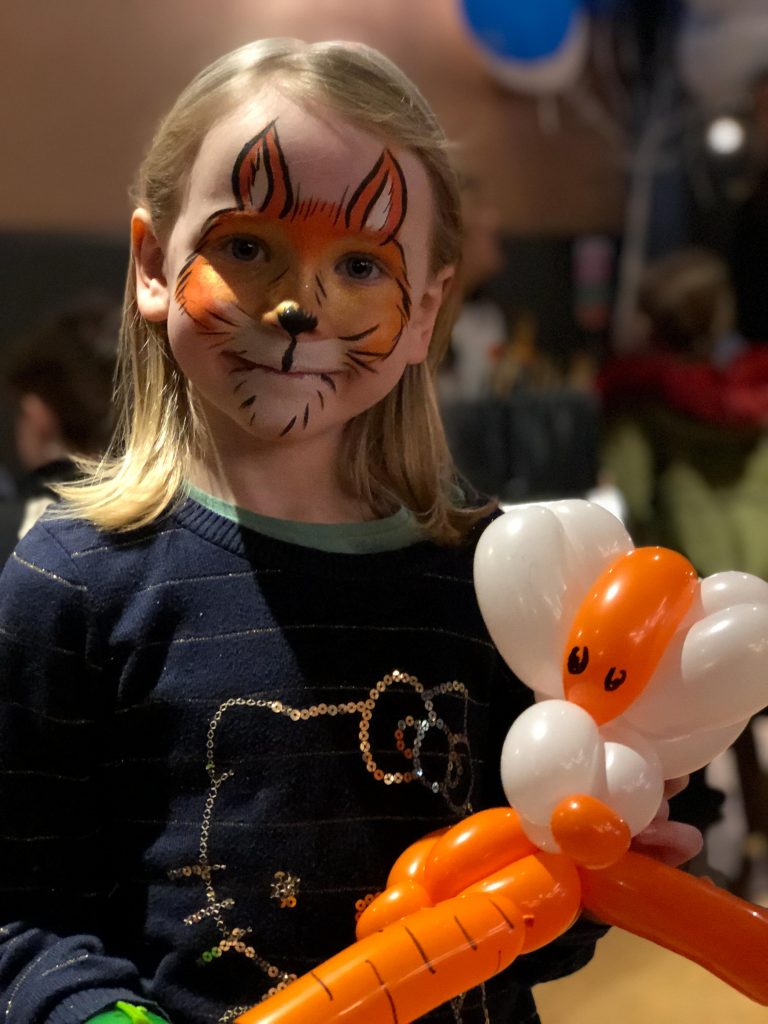 You may also be interested in our other Beatrix Potter posts:

Peter Rabbit Tales of the Start of Spring DVD review

The Tale of Kitty in Boots by Beatrix Potter