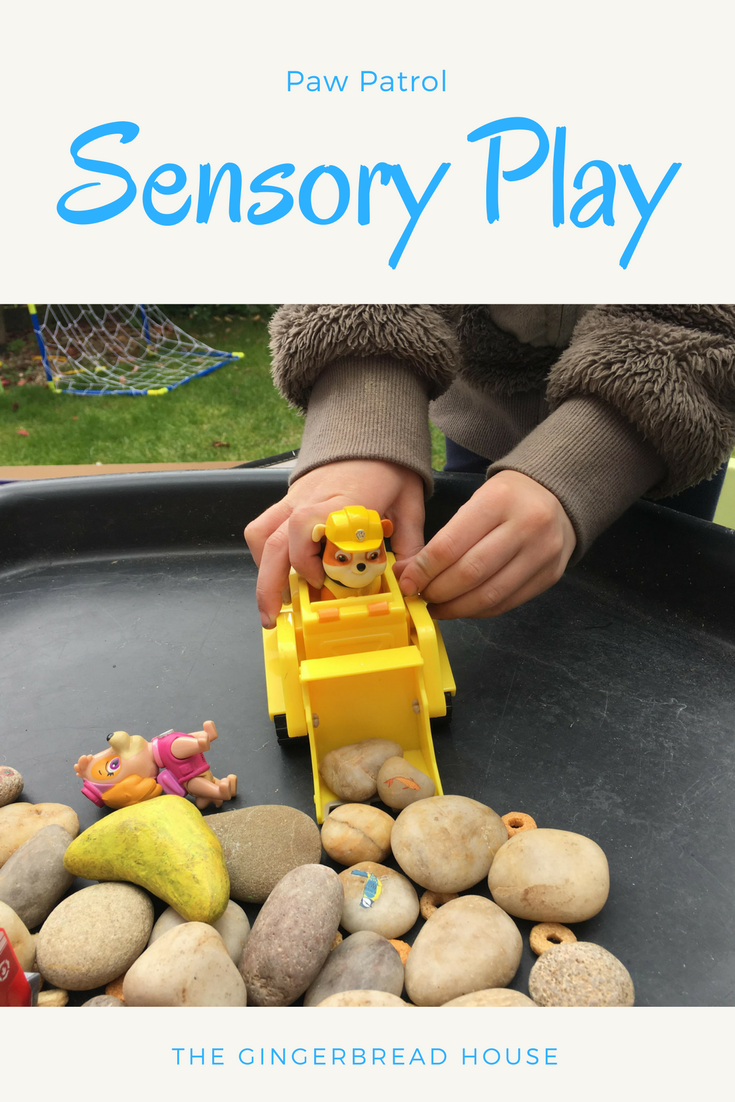 Yesterday I noticed the children were getting a little bored and beginning to bicker. As a parent I know how important it is to let your children be bored. It’s good for thing and often they will think of something to do which is much better than I ever come up with. So I thought I would help them out a little by getting out the tuff spot.

The tuff spot is one of the best value things we have ever purchased. It’s great outdoors but we’ve brought it in a few times if the weather is bad. I thought I would place it outside in the garden along with their Paw Patrol toys, some stones and a box of cereal. Bear with me! A tuff spot is perfect for sensory play and I knew they would have fun making up some adventures with their very own Adventure Bay.

I helped them place the stones in the tuff spot, along with some of their Paw Patrol toys. Just in case you don’t know, Paw Patrol is a kids tv programme with six heroic puppies: Chase, Marshall, Rocky, Zuma, Rubble and Skye, who are led by a tech-savvy 10-year-old boy named Ryder. Then I poured some of the cereal into a container. This is what it looked like. 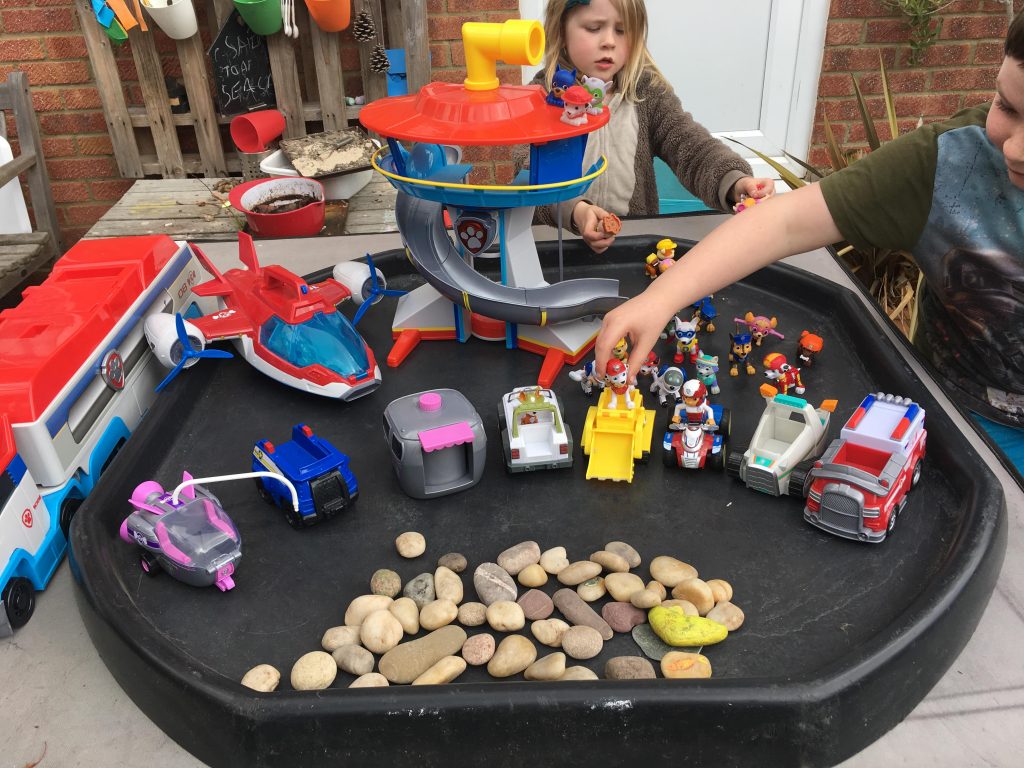 You can probably imagine what it looked like a few minutes later. They added the cereal, then some leaves from the garden, and even some sand and smaller stones. It all got a bit messy but it didn’t matter because a) they were outside and b) they were having a great time. 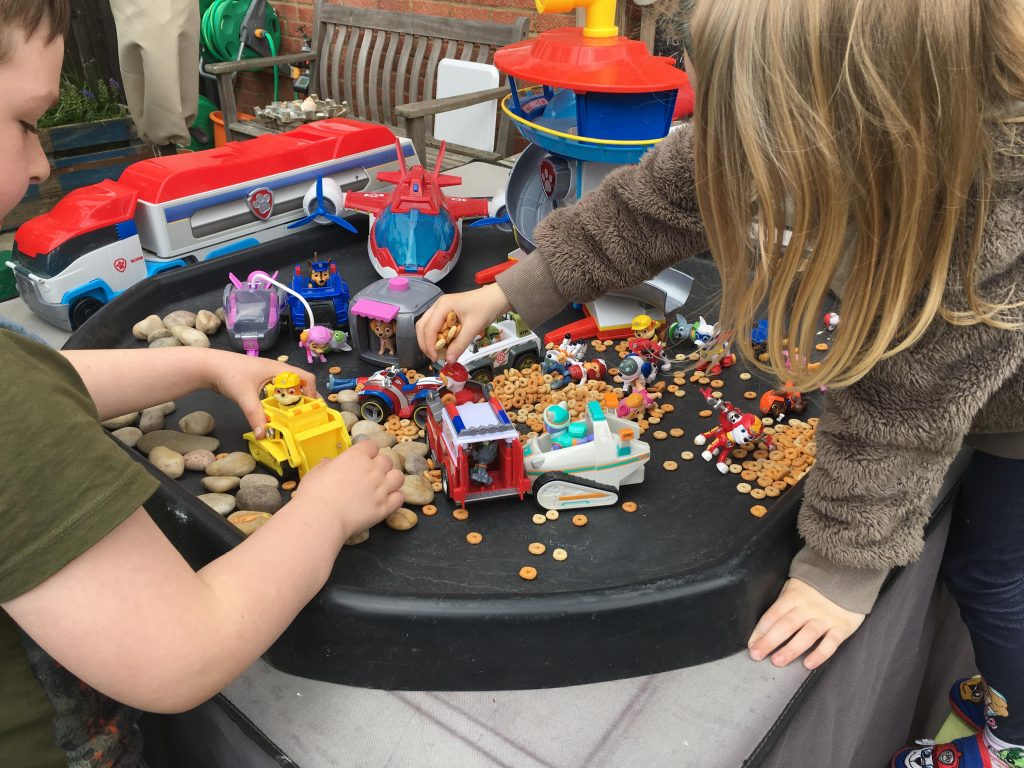 They really wanted to add water and I felt bad saying no, maybe another day! All the different textures were great for playing with and the Paw Patrol characters were perfect for moving the stones and other materials which really let the children explore how heavy they were, how they felt and how they could move them around. 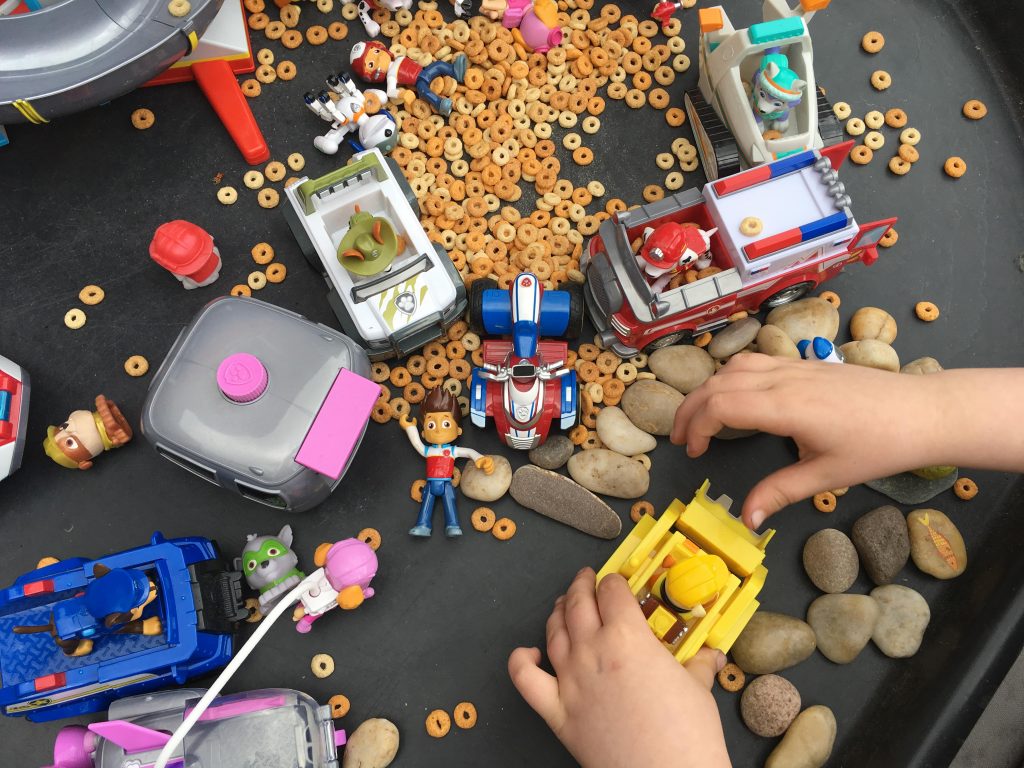 A tuff spot is also great for open ended play. Both my children love making videos so I gave them my iPhone to record a little video whilst they played. This kept them occupied for a good hour and is definitely something we will do again soon. 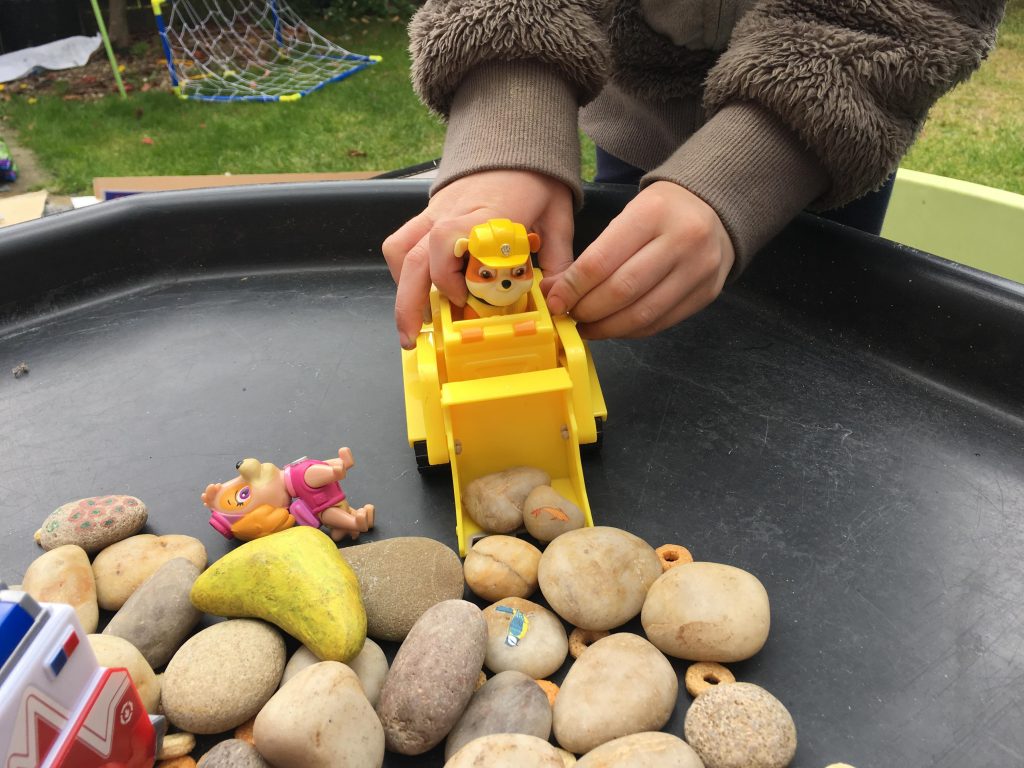