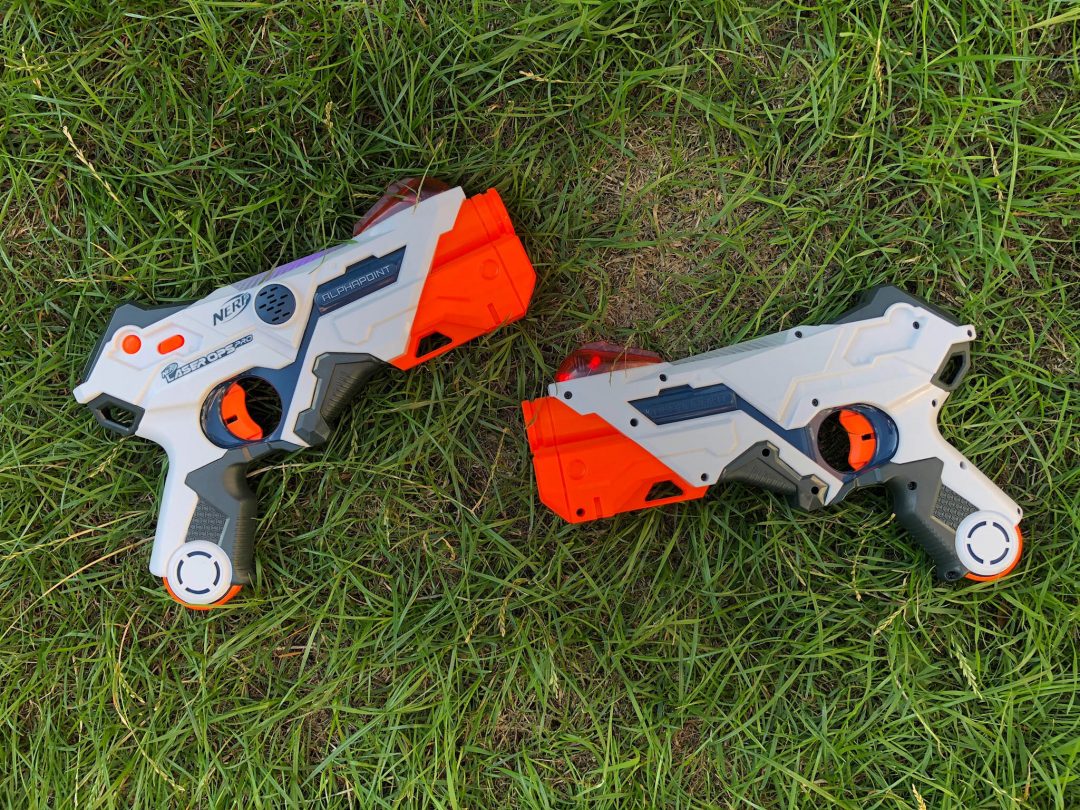 My kids just love their Nerf collection, and thanks to the amazing weather we experienced this summer, they’ve been used a lot. We were delighted to receive the latest Nerf blaster – the Nerf Laser Ops Pro to review and share with you. 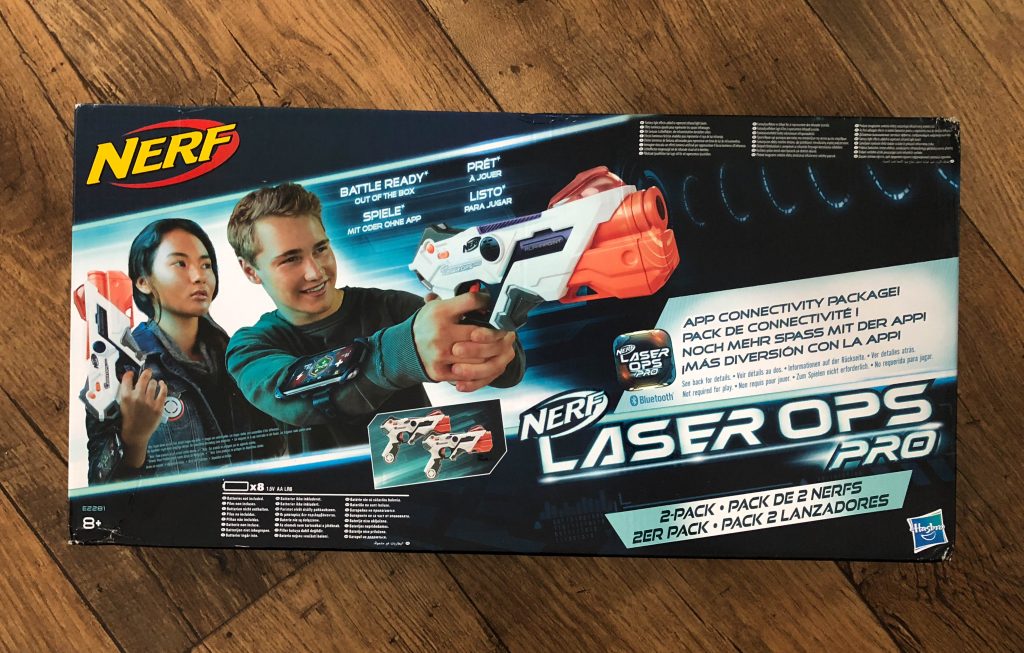 Ready to play the blasters come with a variety of features including three play modes – solo, team or free-for-all. The blasters feature a multi-directional receiver dome, unlimited ammo, team light indicators, visual/sound effects to notify players they’ve been hit, and a display to show current health and ammo capacity. 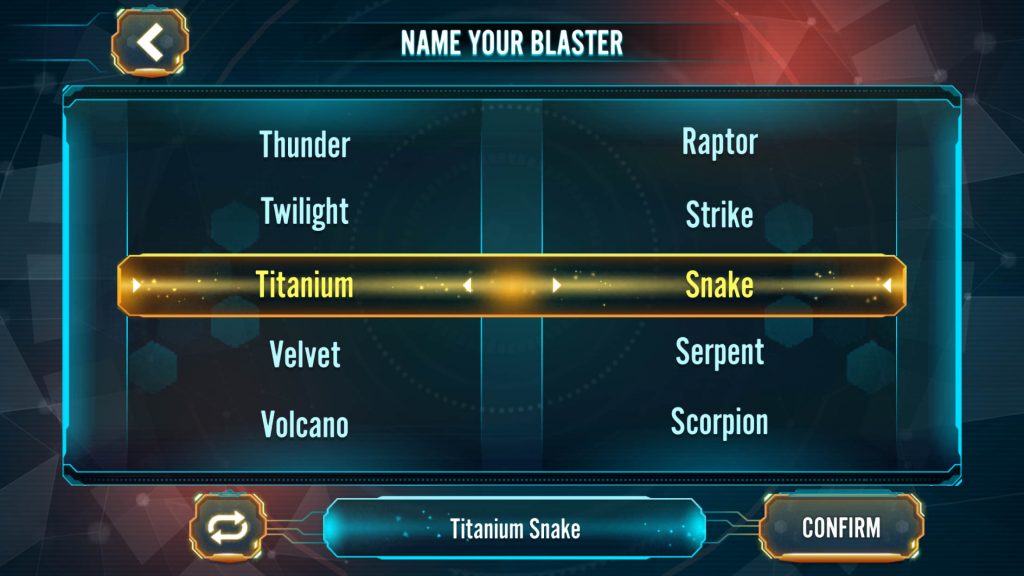 We received the new Nerf Laser Ops Pro Alphapoint to review. This comes in a pack of 2 which was perfect for my two to play with. Each blaster came with an armband so we downloaded the app, inserted the batteries into each Alphapoint, and were ready to go. The app is also easy to set up and the kids enjoyed getting to pick their own name. The armbands felt quite secure although I was a little wary about handing over my iPhone! My 8 year old loved adding an iPhone into his Nerf play.

My kids had so much fun with the Alphapoint 2 pack. You can play with or without the app, and I really liked the fact that you can play a game on the app without the blaster. My son loved being able to see all his stats as he is quite a geek and these will be a great addition to their Nerf play. 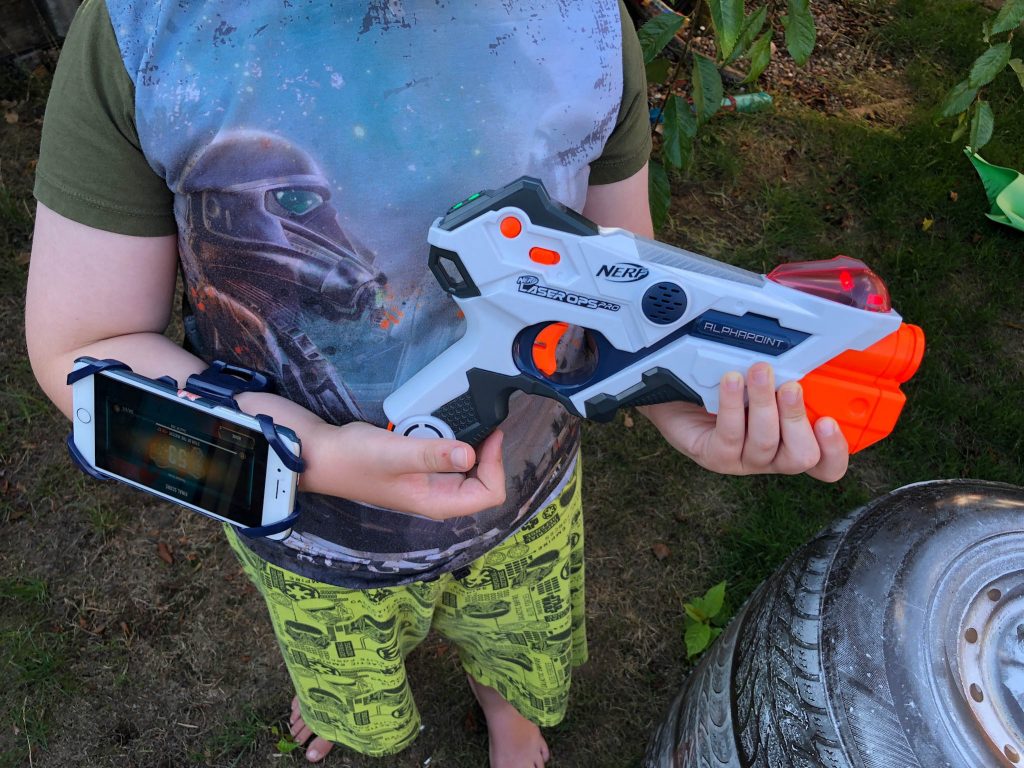 The new Laser Ops Pro range includes the Alphapoint blaster at £29.99, which fires a single shot burst with health, ammo, and team indicators on the back, and the Deltaburst blaster at £49.99, which fires a three-shot IR burst with kickback action and features an LCD screen on the back of the blaster displaying real time health status and ammo capacity. The Alphapoint blaster is also available in a 2-pack for £44.99 with two blasters and two armbands. A big thank you to Hasbro for sending us these to review.

Don’t forget you will need to stock up on batteries for the Laser Ops Pro range, and make sure iPhones are charged for the full experience.

You may also be interested in our other Nerf reviews:

How to make a DIY Nerf target