Make your own pirate treasure 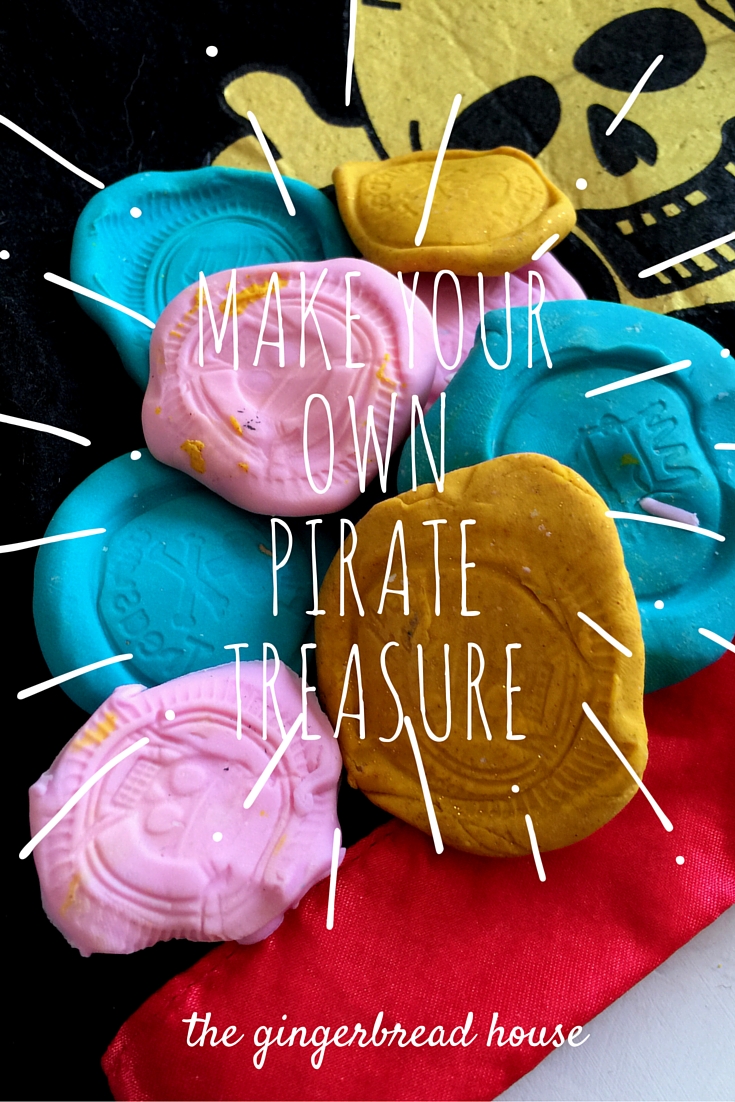 Did you know that International Talk Like A Pirate Day is celebrated on September 19th? We wanted to join in with the fun so are taking part in a Pirates! Blog Hop with some other crafty bloggers to bring you some pirate activities which the whole family can enjoy.

I was going to share our salt dough pirate treasure with you. We’ve made salt dough before and it worked out fine but for some reason our latest batch just wouldn’t come together. It might have had something to go with my 5 year old who said he wanted to mix it. After a couple of minutes he became well and truly fed up with gloopy mess all over his hands. It couldn’t be saved so we threw it away and decided to craft with FIMO instead.

How to make your own pirate treasure:

FIMO is really easy to use. You can see how happy I was for my children to use it – I didn’t put a protective cover on my favourite Cath Kidston tablecloth! The children enjoyed rolling out the FIMO, it was great for exercising and stretching little fingers. They made small balls of FIMO which they squashed down with their fingers to flatten it into coin shapes. Then they used some play pirate coins to make impressions on each coin, or made their mark with a plastic knife. When they had finished we baked the FIMO pirate treasure in the oven and left them to cool and harden. They they were ready to be played with. Both my children love dressing up in their pirate costumes (it seems to be a popular theme for parties around here) so these were a fun activity for them. I’d love to hear if you are celebrating International Talk Like A Pirate Day? Take a look at what the other participants have been making for more pirate inspiration. Make Your Own Pirate Treasure – The Gingerbread House

Set Sail with this DIY Pirate Boat – The Resourceful Mama

Pirate Colouring Pages – In The Playroom

Pirate Books for Kids of All Ages – Superheroes and Teacups

How Did Pirates Navigate? How to Read a Map – Schooling a Monkey