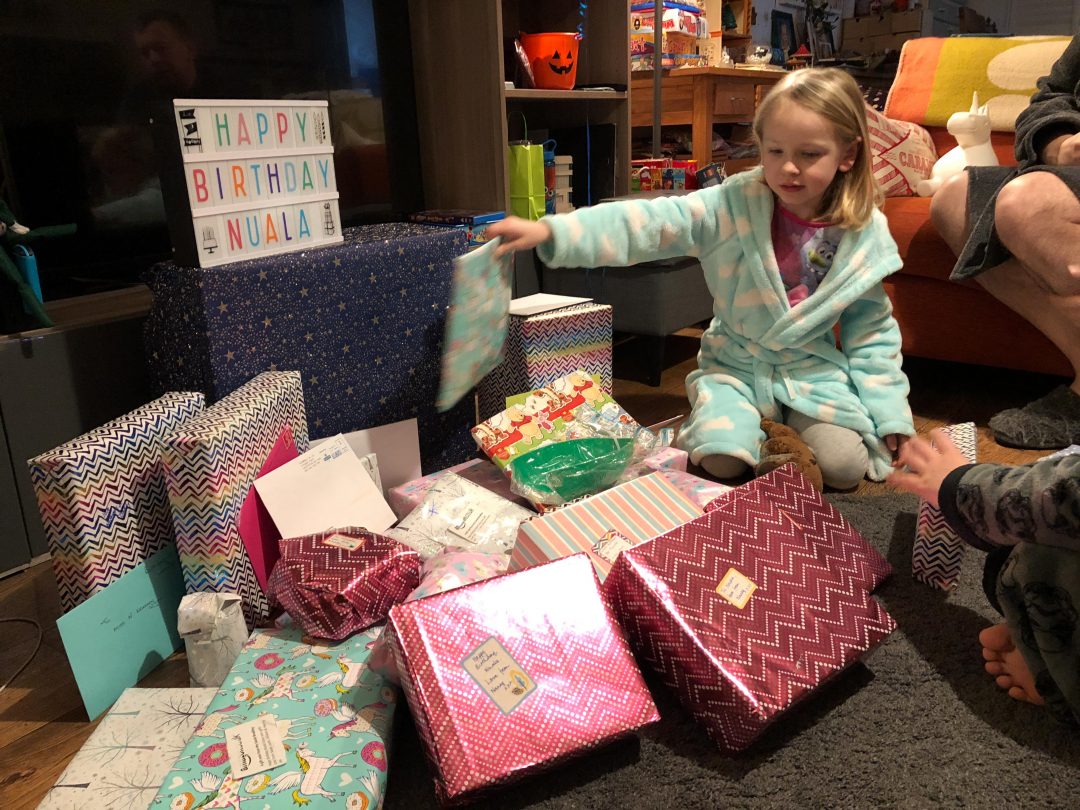 Today Little Sis turned 6! It’s hard to believe she is 6, its such a cliche but it really does feel as though she was born yesterday.

We had her birthday party a few weekends ago so the house has been full of birthday cards, balloons, a birthday banner and presents. I was super organised and bought and wrapped all her presents a few weeks ago, so all I needed to do last night was bring the presents down – ready for this morning. 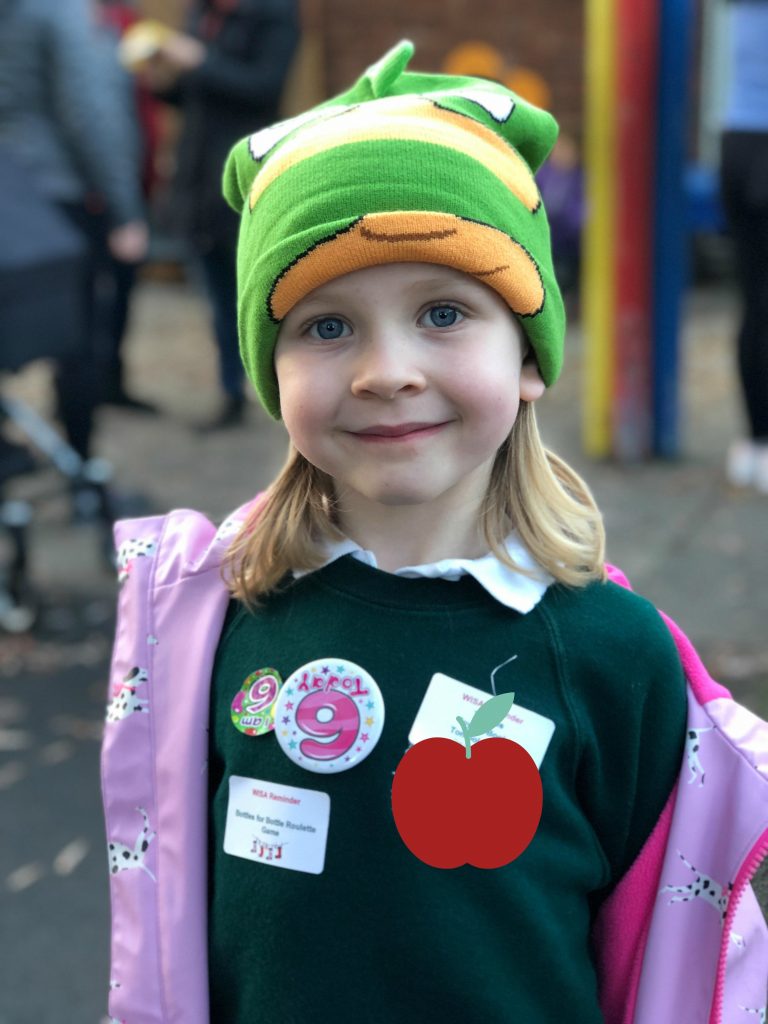 I woke Little Sis early this morning as I was working. Fortunately she woke with a smile on her face and was happy to leap downstairs and open her gifts. She only managed to open half before school so she opened the rest after, as well as talking to Nanny, her Auntie and Grandad via Skype. She’s really into PJ Masks at the moment so her favourite presents were the PJ Masks Headquarters, PJ Masks figures, PJ Masks pyjamas (top of her wish list!), clothes, as well as lots of unicorn-themed gifts. 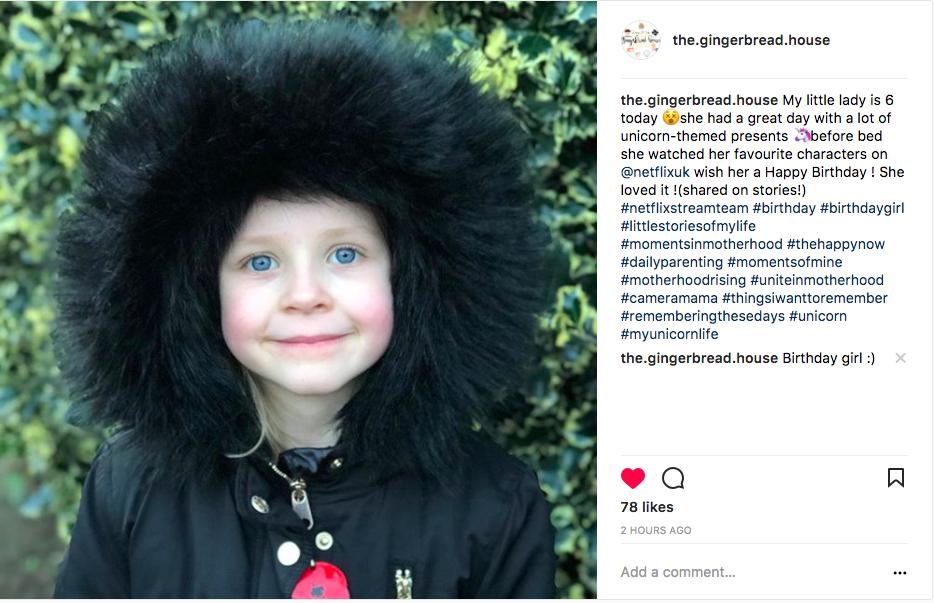 Just before bed we sat down to watch Netflix and we were able to surprise her as her favourite Netflix characters wisher her a very Happy Birthday!

Netflix recently revealed that two thirds (64%) of children’s parties are themed after their favourite TV shows or movies (PJ Masks – tick!). In order to add that extra magic to the festivities Netflix is releasing 15 Birthdays On-Demand, where characters, from Pokėmon, LEGO Ninjago, Trollhunters, Beat Bugs and more, join the birthday celebrations to make their day unforgettable!

With this new feature, parents can simply press play anytime and anywhere, and your little one’s
favourite characters will sing them a special birthday greeting – made just for them (or so they’ll think). Netflix Birthdays On-Demand gives parents an easier way to make their kids’ birthdays special.

We opted for LEGO Ninjago as we call Little Sis our little ninja and she loved her special birthday surprise. We shared it on Insta Stories so I hope you managed to catch her face which was priceless!