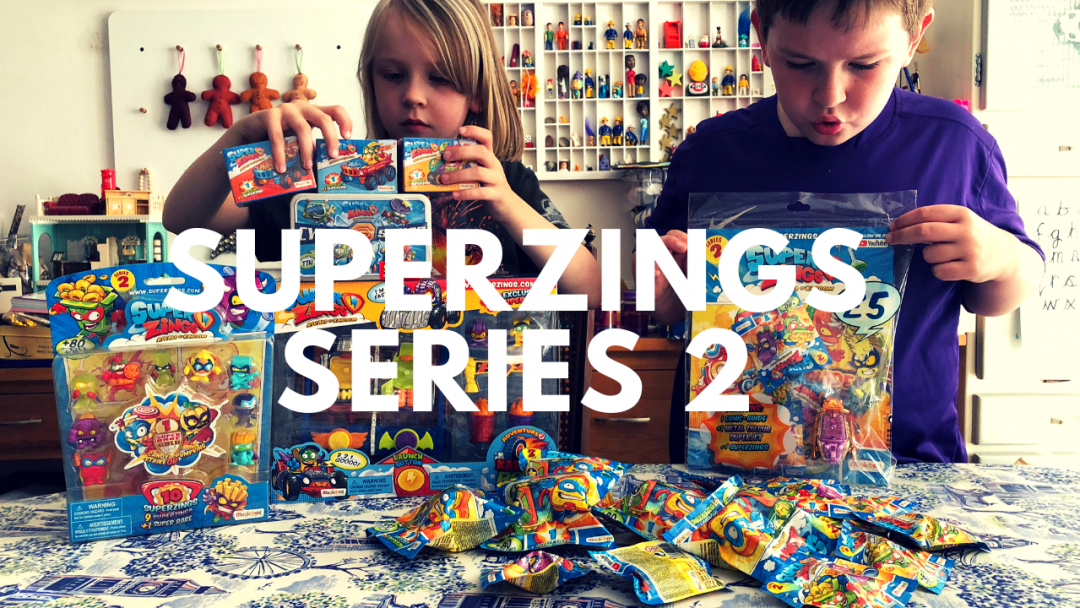 My children are huge fans of SuperZings. You may remember we reviewed Series 1 earlier this year. They are a great pocket money collectable and my children just love collecting and swapping them. Series 2 was released at the end of last month and brought exciting new additions, changes and range expansions. Clad in iconic superhero capes and eye masks, there are 80 new multi-coloured characters to collect, each with a matching ‘rival’ including an ultra rare character, 2 gold, 6 silver and 24 ‘SuperCrystal’ characters (a brand new finish!). We were sent a bundle of SuperZings Series 2 to tell you about.

Take a look at the unboxing video we made of our bundle of SuperZings Series 2 products:

You can see how much fun we had opening the Series 2 Hideouts (with a new cylindrical shape), SuperJets, a Blister pack of ten characters (including an ultra rare gold SuperZing), and a Cyber Squad Tin which contained a special range of SuperZings all with a cyber theme.

The key character for series 2 is the extremely rare ‘Professor K’ who plays a key role in the SuperZings story that is unfolding with each new series. Professor K is the inventor of ‘Krystaline’ – a special substance that creates the Supercrystal SuperZings. Unfortunately we didn’t find Professor Z but the children can’t wait to carry on trying to find him! 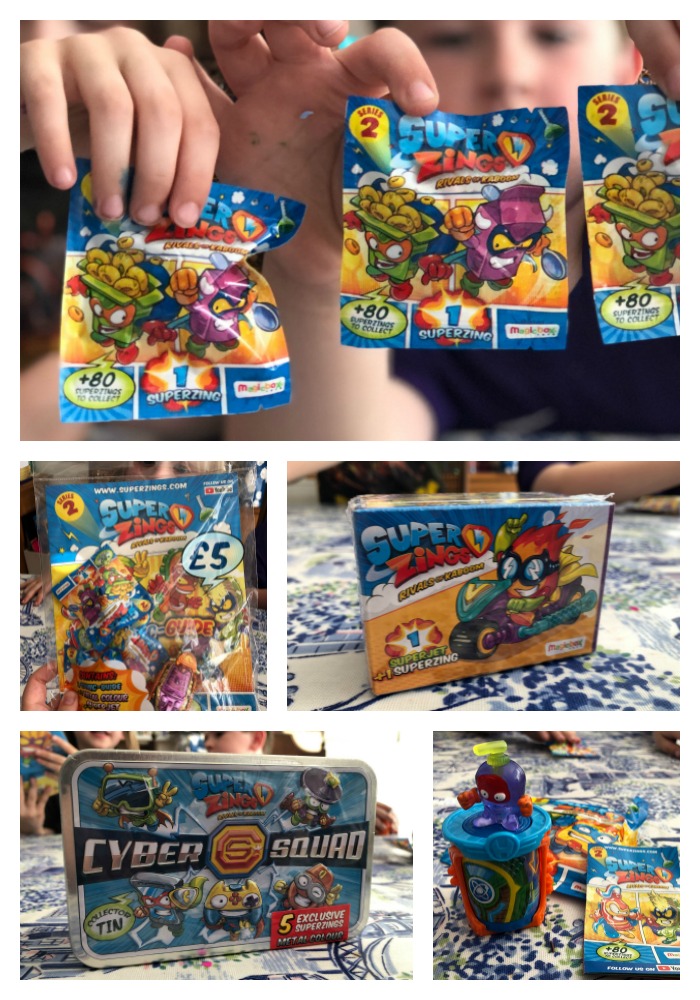 That’s not all. As well as the launch of SuperZings Series 2 there are some wonderful new playsets so kids can have even more fun with their SuperZings. There are three new playsets: the SuperZings Police Station Playset, the SuperZings Secret Lab and the Kaboom Race playset. We also received the Kaboom Race playset to review. The set includes two exclusive SuperZings, plus their exclusive speedy racing cars!! Heroic Raylight drives the fabulous Nitro Blaze and villainous Wheeliam, drives the fearsome Monster Crush. Simply load the racers into the launch pad, press the launch button and watch the racers zoom off! There are even fire barrels and a barrier to help you build your track! 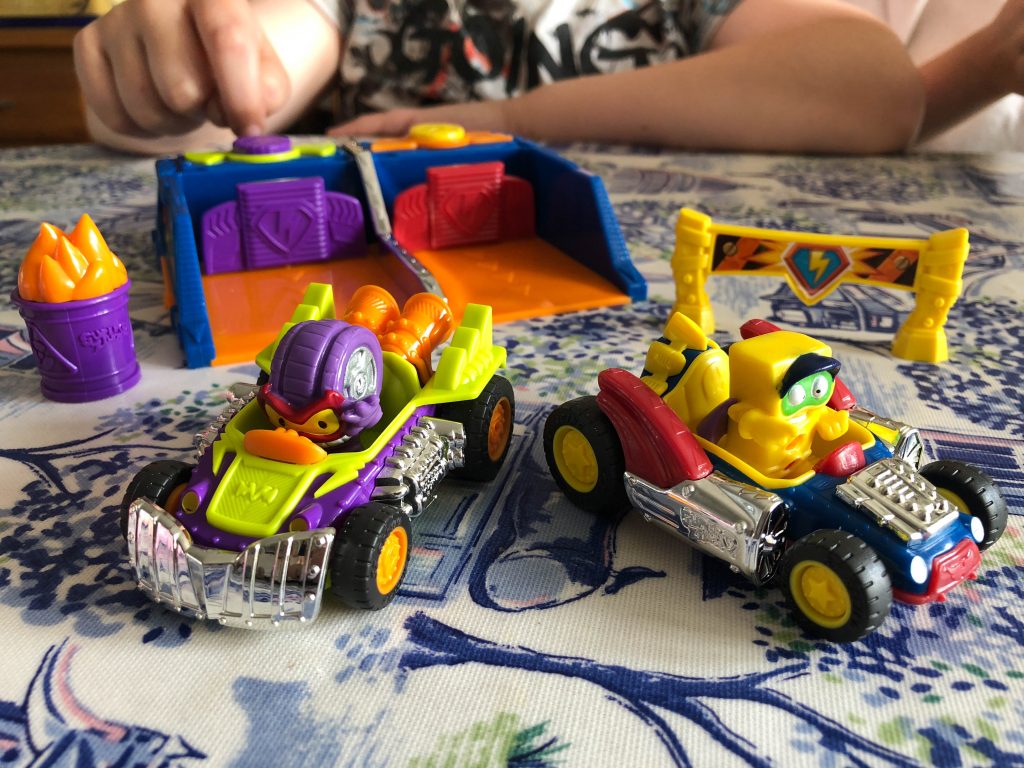 SuperZings Series 2 start at just 80p for a blind bag. We think they are reasonably priced for a collectible toy. You can find out more about Series 2 SuperZings at www.superzings.co.uk