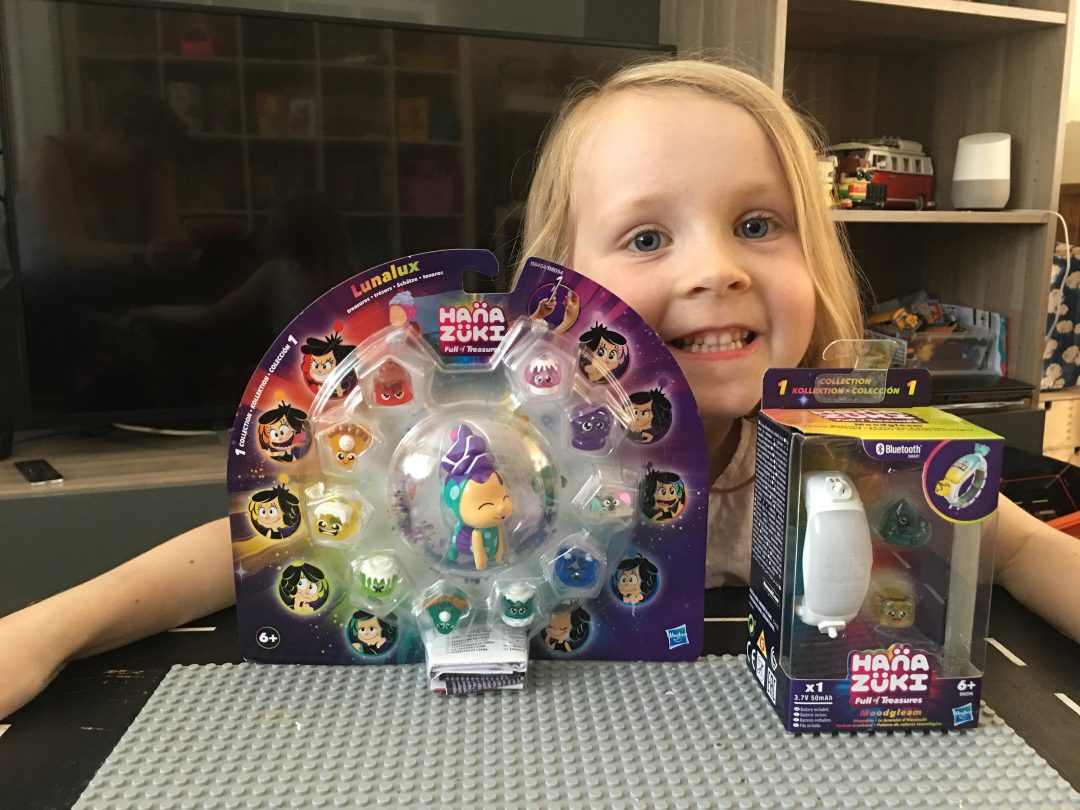 Both my children adore YouTube so it’s probably no surprise that they are fans of Hasbro’s YouTube series Hanazuki: Full of Treasures. This is a colourful cartoon from Hasbo which is a great way for children to learn about their emotional intelligence. In each episode, the hero Hanazuki uses her emotion-themed abilities to activate magical treasures to save each moon from the dark force called the Big Bad. She has some little guys, knowns as Hemka, to help her.

There is also a fun app (available on iOS and Android) which my 5 and 7 year olds have been enjoying. It feel a little like the Furby app they also love, and they has been having fun finding their way around the moon with the help of their Hemkas.

The free Hanazuki app is also good for those collecting the related Hanazuki toys. We were sent a few from Hasbro to try out and they are just the sort of thing my daughter loves to collect. 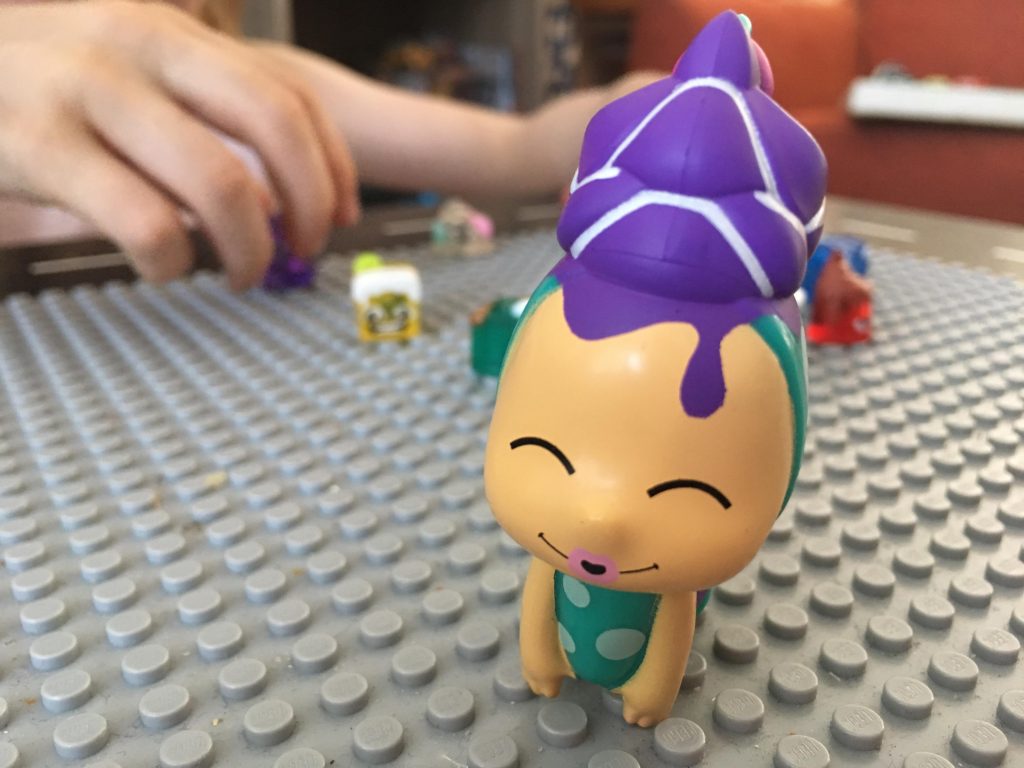 The Hanazuki Moodglean wearable band allows you to be just like Hanazuki. It comes with two treasures so you can express your mood. The wearable connects to the Hanazuki app and interacts through light displays and in-app surprises.

The Hanazuki Treasure 6-Pack includes a Little Dreamer figure as well as 10 sweets-themed treasures that each represent a different mood! We had fun trying to guess what they all were. Little Dreamer delivers treasures to Hanazuki that help her protect her moon! You can scan the code on each one and they magically appear in the Hanazuki app. 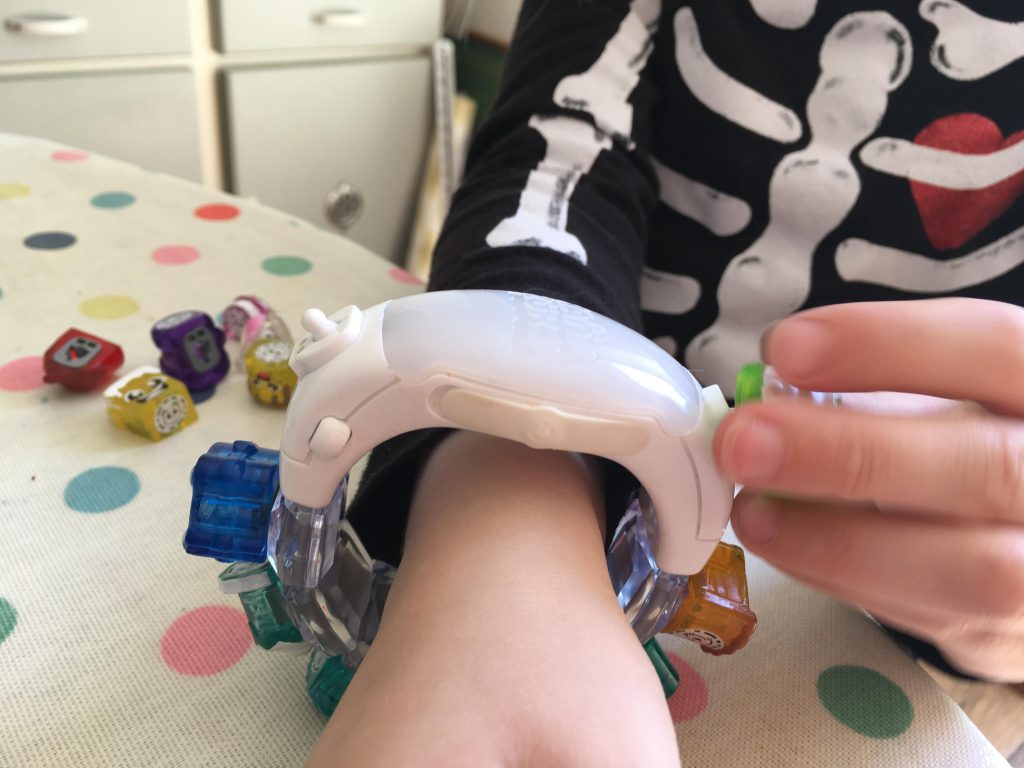 My children love watching Hanazuki. The app and toys are a great way to talk indirectly about emotions through play. My 5 year old is already a complex little person and I am happy to try anything which might help her understand her moods and the way she feels.