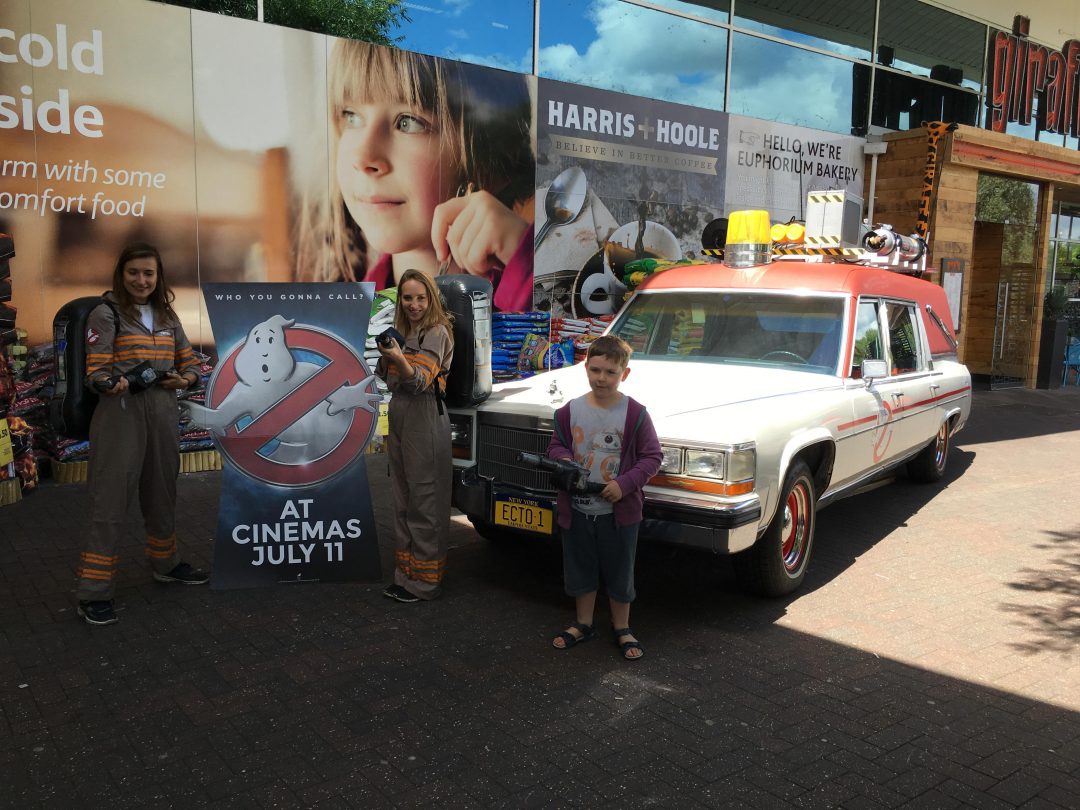 Are you planning on going to see the new Ghostbusters film? I have fond memories of the original films and our family sat down and watched both of them a couple of weeks ago. My children really enjoyed the films and were so excited to see Ecto-1, aka the Ghostbusters car, when we went shopping at the weekend.

The introduction of these new playsets brings together two epic classics, Playmobil and Ghostbusters, both known for their continued appeal and success over decades. More than 30 years after the release of the first movie, the team of parapsychologists, facing ghosts with their cool gear and undying humour, remains popular with fans from the early days while also attracting a growing community of new, young fans, making it a perfect match for Playmobil.

Beginning in early summer 2017, Playmobil’s Ghostbusters will be out to save “the world in miniature,” as the Playmobil universe of 30 different play themes is often called. The toy line will bring the iconic Ghostbusters to life at home, enabling kids to create their own stories starring their favourite characters. No matter where strange happenings are taking place – whether in the neighbourhood or at the Playmobil Great Asian Castle – the fearless team will be ready to tackle any supernatural spirits that come their way!

We can’t wait to see these toys. The trailer doesn’t give much away but we would love to see a Playmobil version of Slimer and Ecto-1. What would you like to see in the new range?

You may be interested in some of our other Playmobil posts: