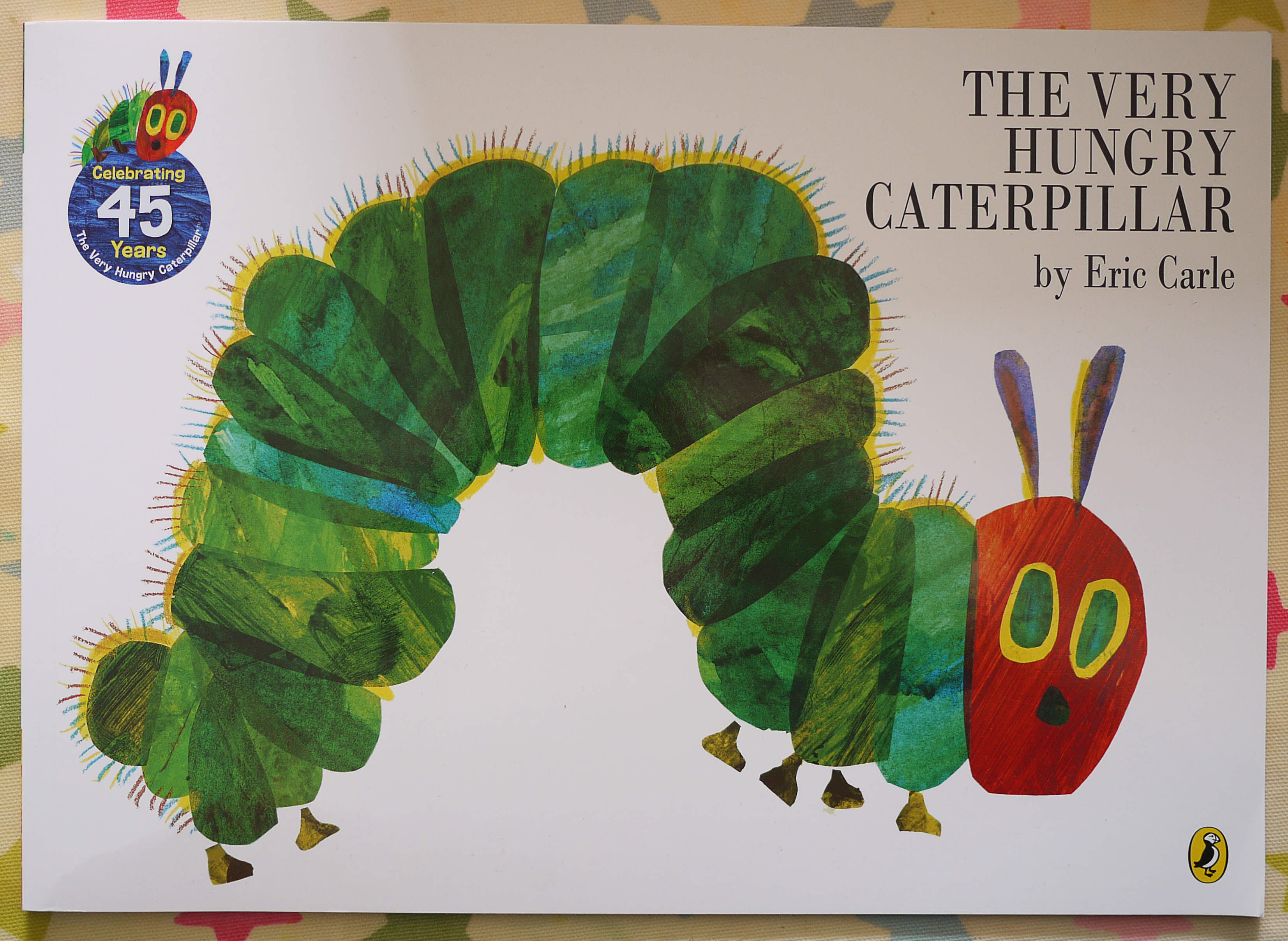 We love to read and we love to craft, often one inspires the other and vice versa. This year sees the 45th anniversary of Eric Carle’s phenomenal children’s book, The Very Hungry Caterpillar.

Written in 1969 the book has sold over 33 million copies across the globe and it has been translated into over 45 languages. With his distinctive shape and colouring The Very Hungry Caterpillar is an instantly recognisable character born from the much-loved children’s book.

To celebrate the landmark anniversary, Puffin has released a special 45th anniversary edition of the best-selling story. Available now it celebrates 45 years since the lovable character took his very first bite and no doubt will be cherished by the many generations who grew up reading the beautiful life journey of The Very Hungry Caterpillar.

This was one of the first books I bought for my son and we were delighted to receive this special edition. He’s currently learning about insects and their life cycle at nursery so it’s been great book to read with him at every stage.

We thought we would make our own version of the very hungry caterpillar. First of all we chose a selection of green and red bottle tops to make the caterpillar. 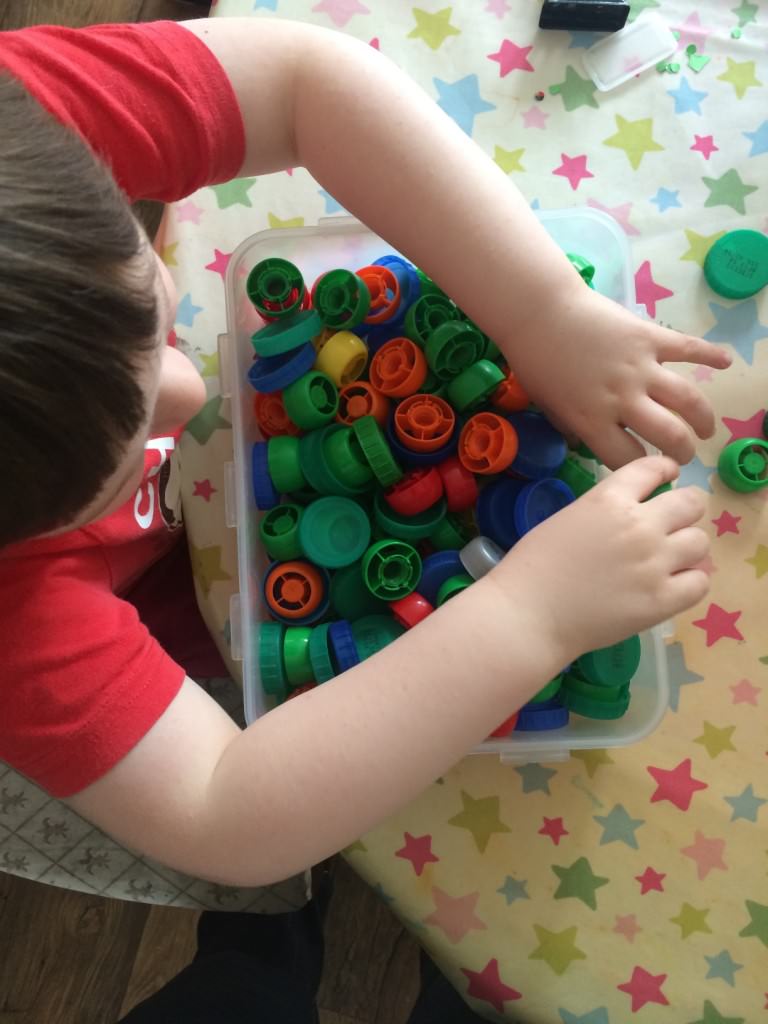 I made a hole through them and then Big Brother threaded them on to a pipe cleaner, we folded over each end to keep them in place, he added some sticker eyes on to the red bottle top. 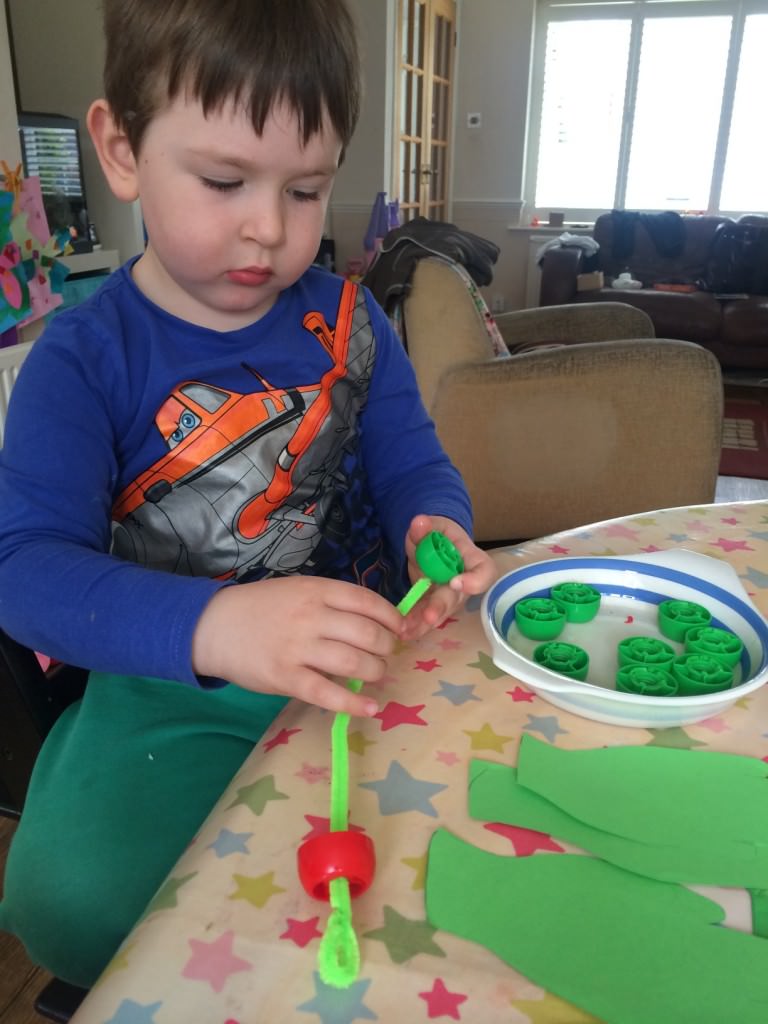 We made paper leaves from green paper by drawing around his hands. I cut the shapes out and then he punched holes in the leaves with a small punch. 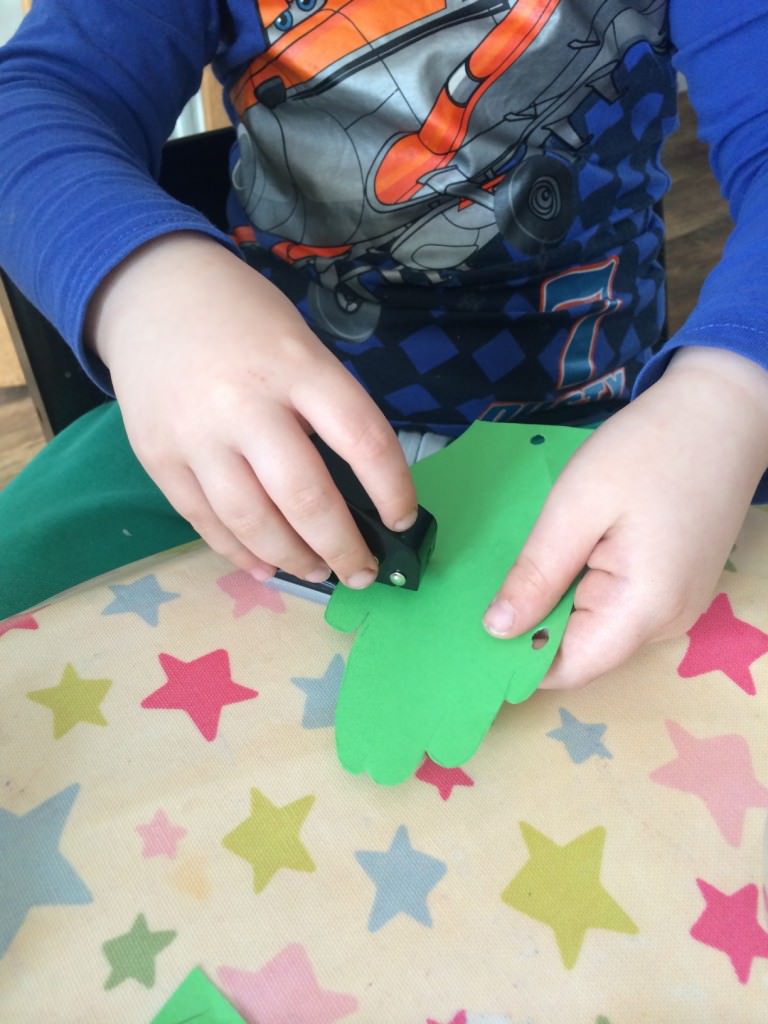 We placed our very hungry caterpillar and leaves in a glass jar so he could munch in peace. 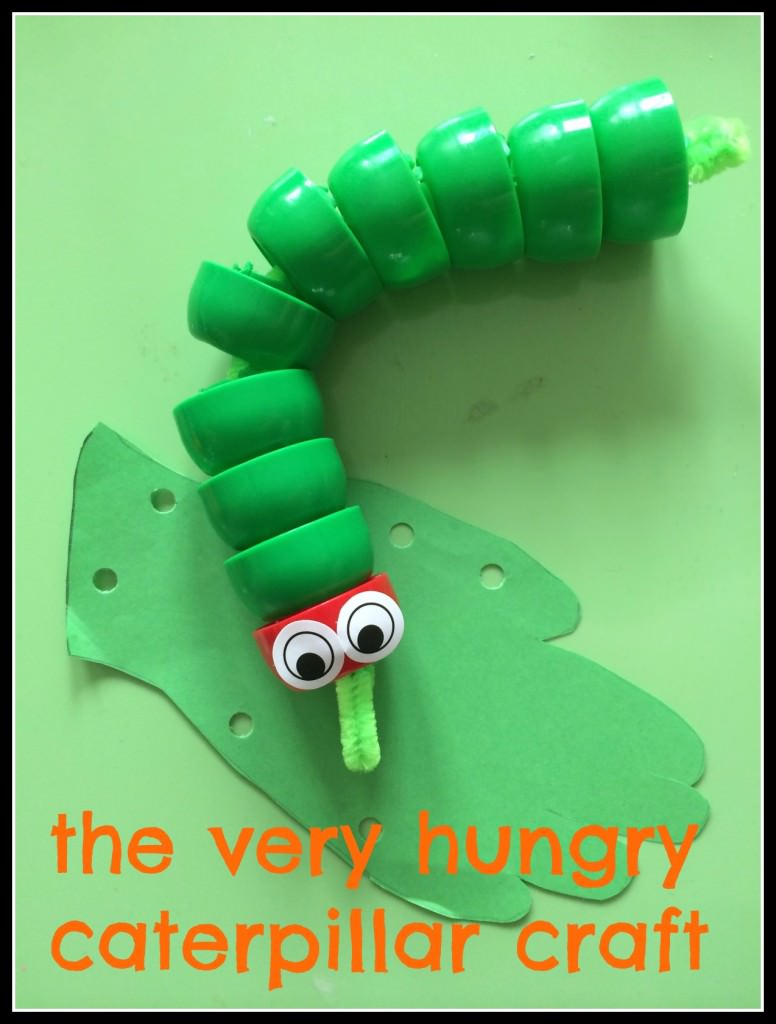