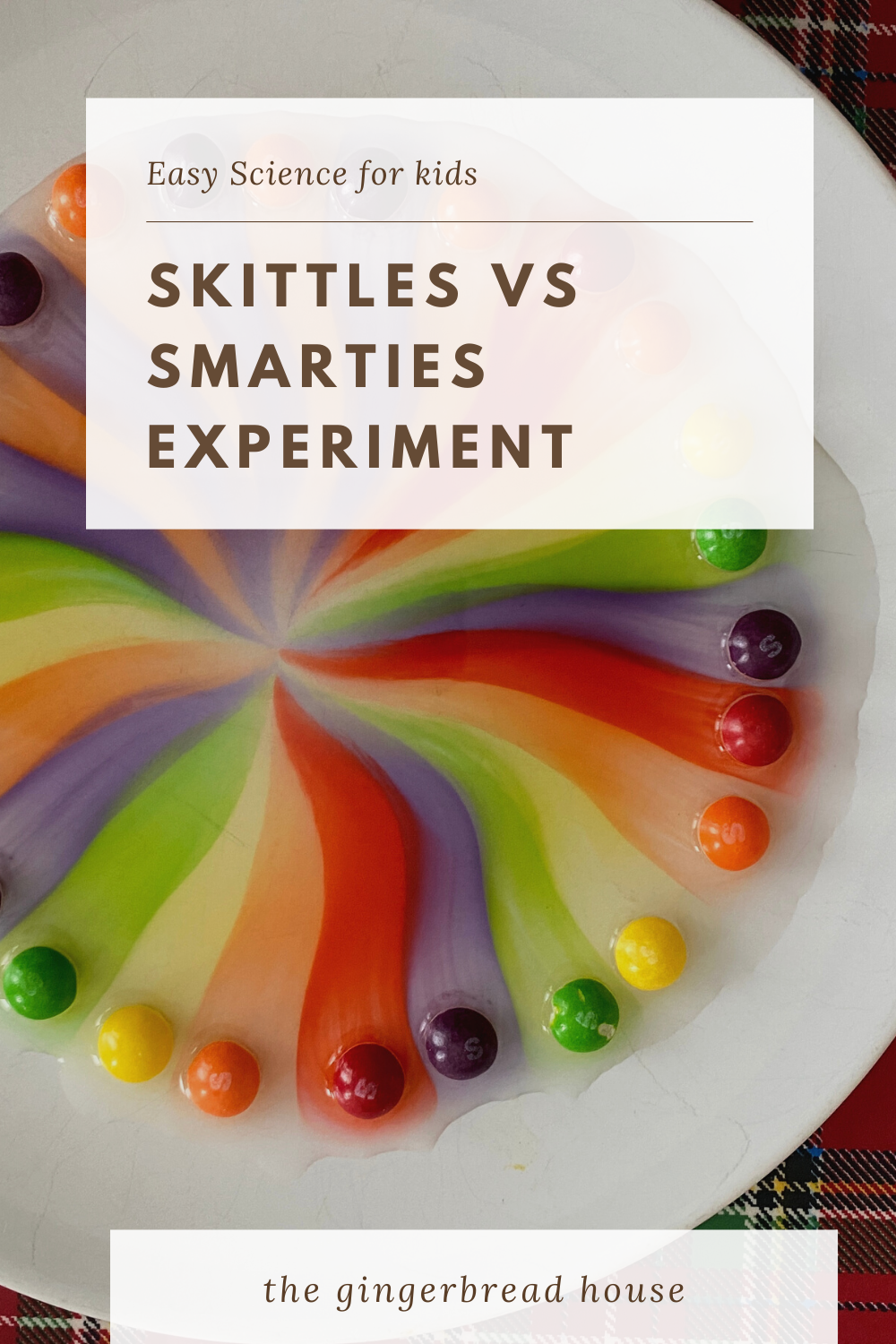 My 8 year old absolutely loves science. It’s one of the topics that she was really keen on during our period of home learning (I probably don’t need to share her reluctance over the daily Maths and English she was set!). Thankfully the timetable provided by school included lots of science and easy experiments we could do at home. We also did some of the experiments she had seen on YouTube which was fun. It’s so easy to do science experiments at home and one of her favourites is making a sweet rainbow from sweets with Skittles. It’s so simple to set up that it makes a quick and easy science experiment for kids.

The Skittles experiment has been around for years. If you add water to a plate of skittles you can watch the colour leech out of them and create a really colourful pattern. We have done this simple science experiment a few times, so decided to mix it up a little by comparing it to Smarties!

For our Skittles vs Smarties experiment we used two bags of Skittles, two tubes of Smarties, two plates, and a cup of cold water. 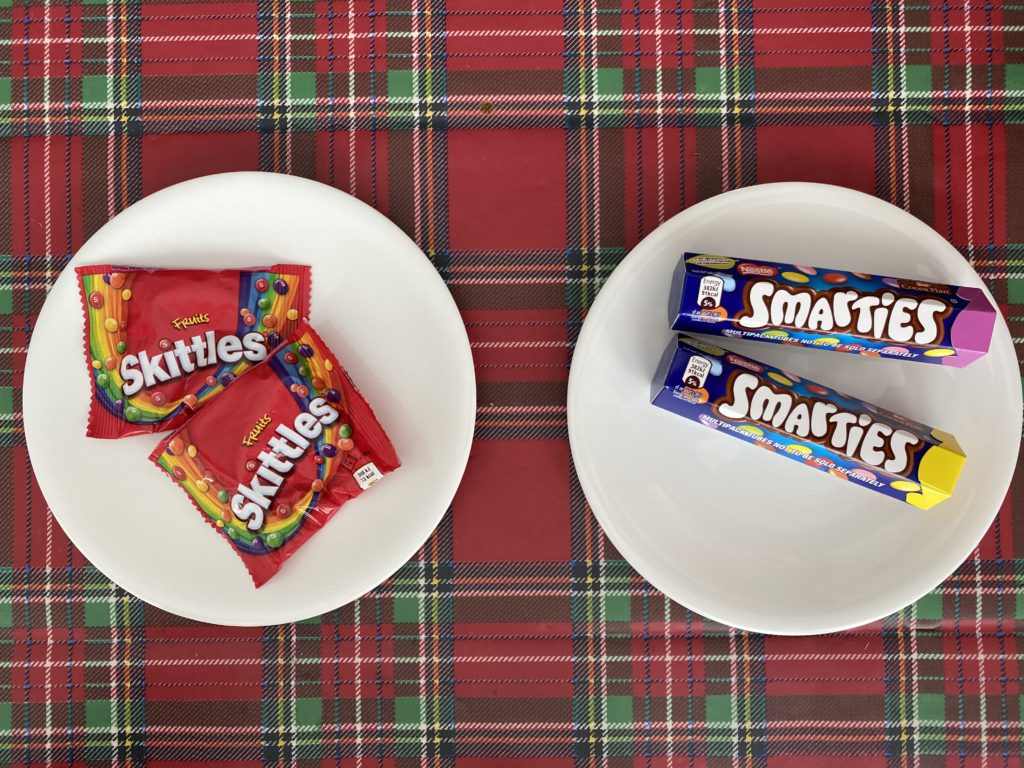 How to do the Skittles vs Smarties experiment

We wanted a fair experiment so made sure we used the same plates and the same amount of water on each plate. My daughter enjoyed sorting the sweets out, trying to create a pattern with the colours. 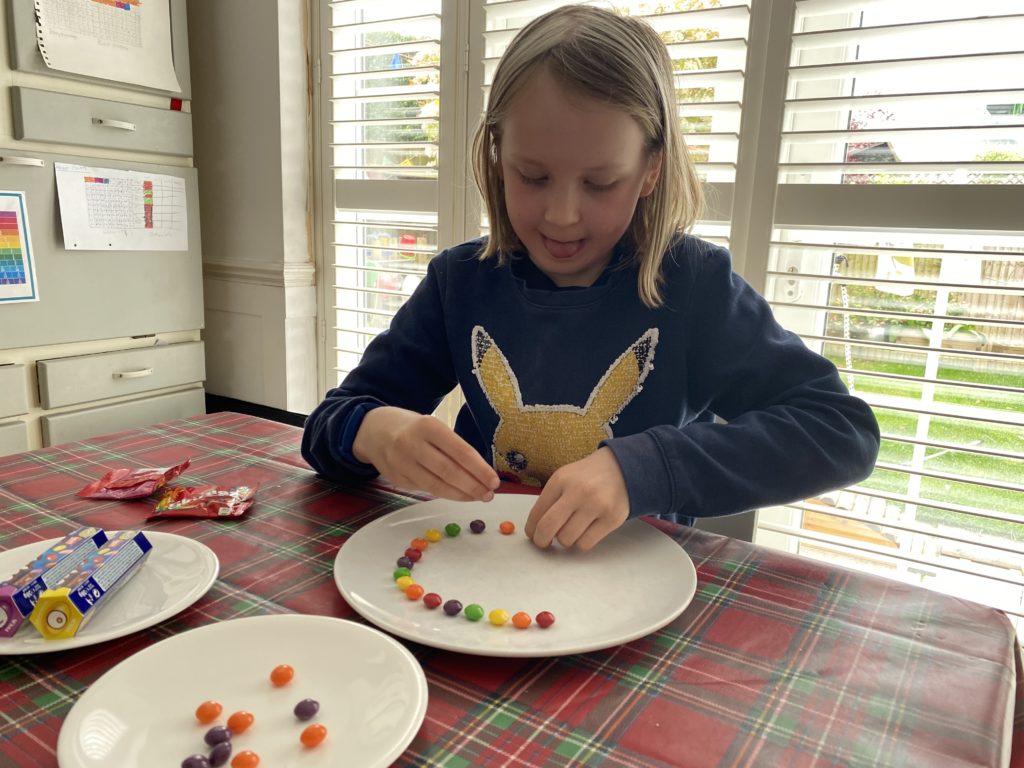 I was trying to encourage her to place the same number of sweets on each plate but she did her own thing. 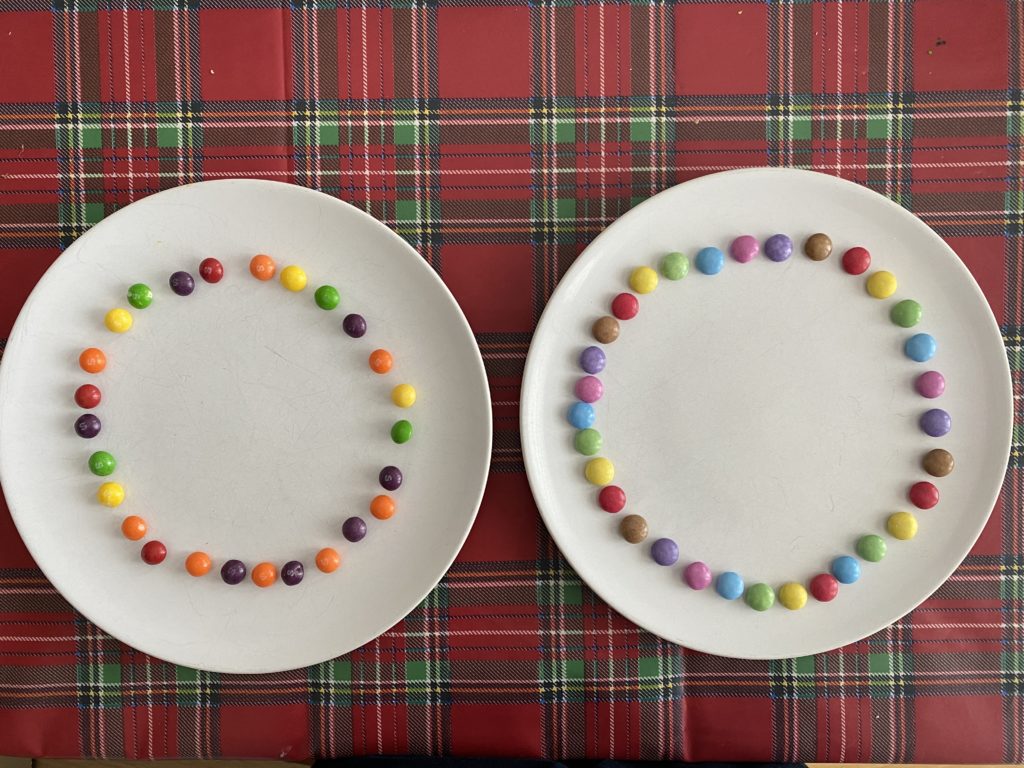 Then she carefully added the water. Just enough to touch the sweets. 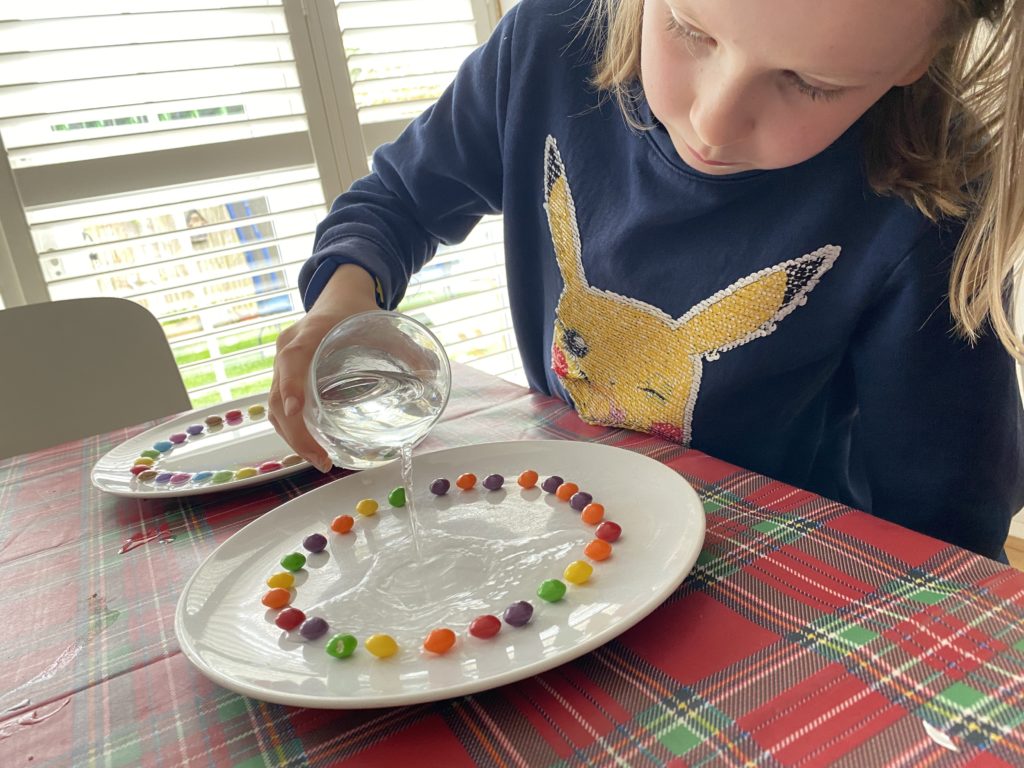 We then sat back and watched. Both the Skittles and Smarties are covered in sugar and food colouring which dissolved as the water touched them. The coloured water slowly moves towards the centre of the plate. 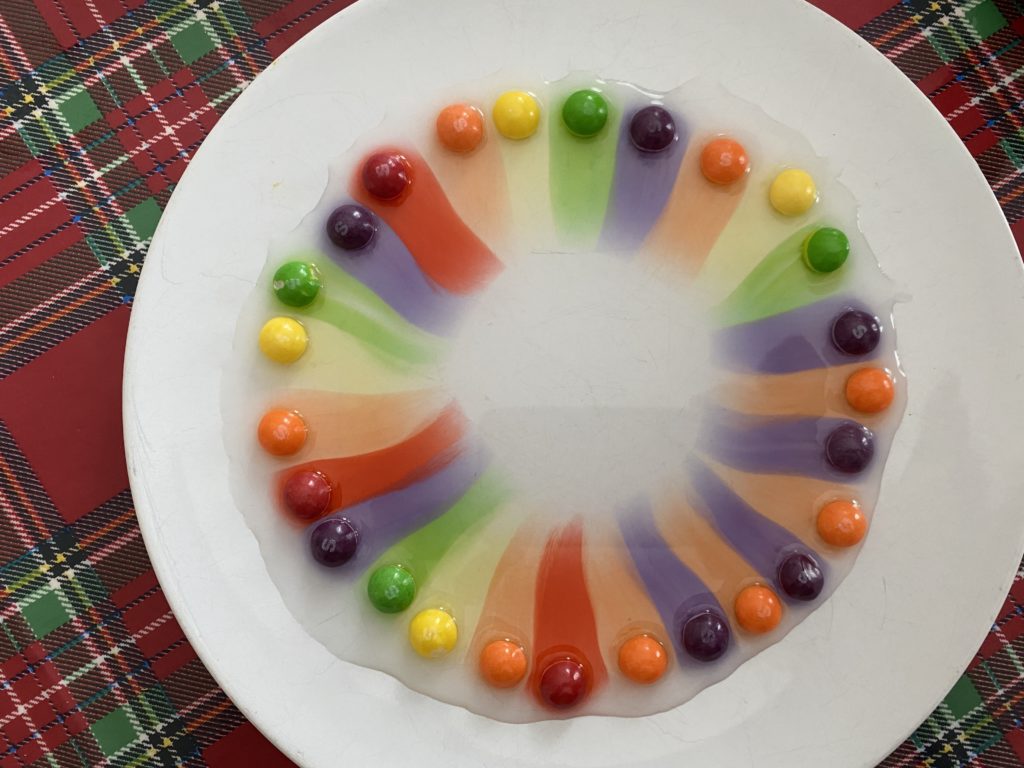 The food colouring in the Skittles was very strong and created a really pretty pattern. 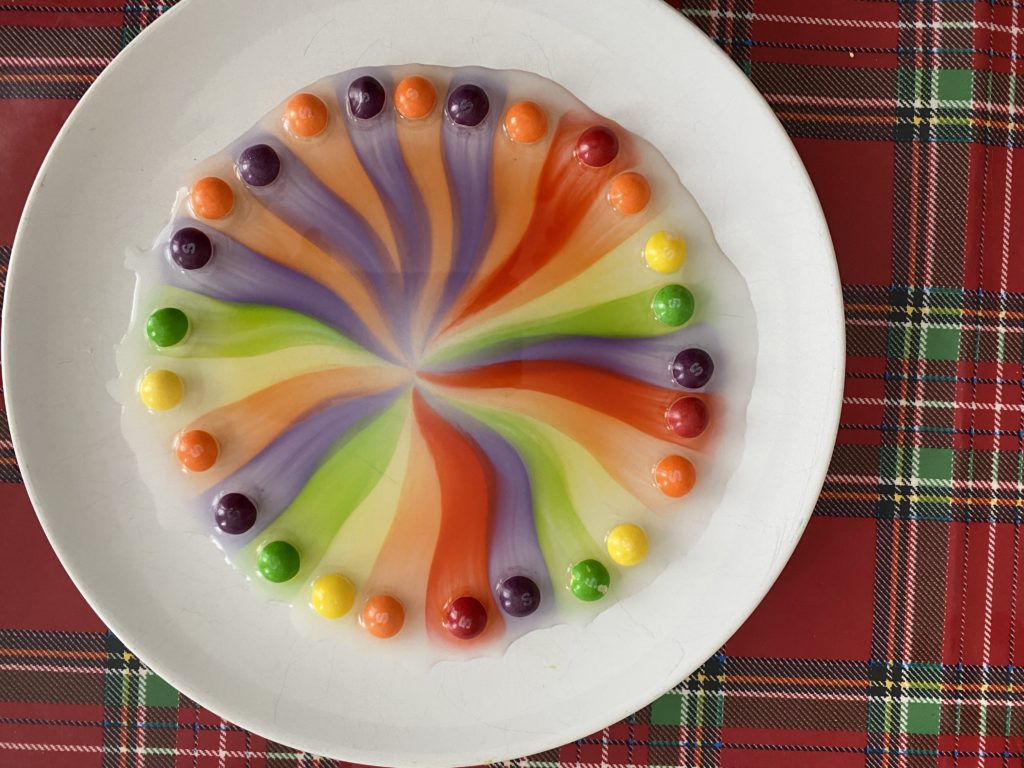 The food colouring in the Smarties was not so strong in comparison. After 5 minutes the water was beginning to look a little mixed up but still colourful. You could see the sweets began to lose their colour as the water turned more colourful. 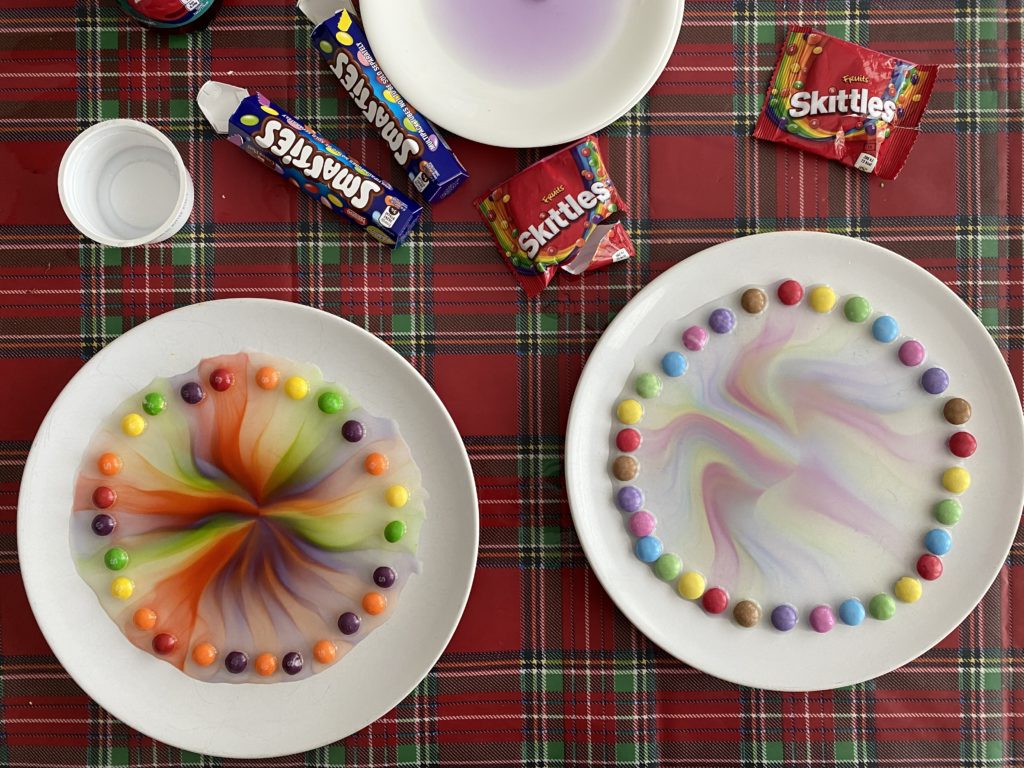 My daughter enjoyed watching the experiment and was happy to eat the sweets at the end of it!

you may be interested in our other science experiments for kids:

How to make a water compass

Grow your own salt water crystals