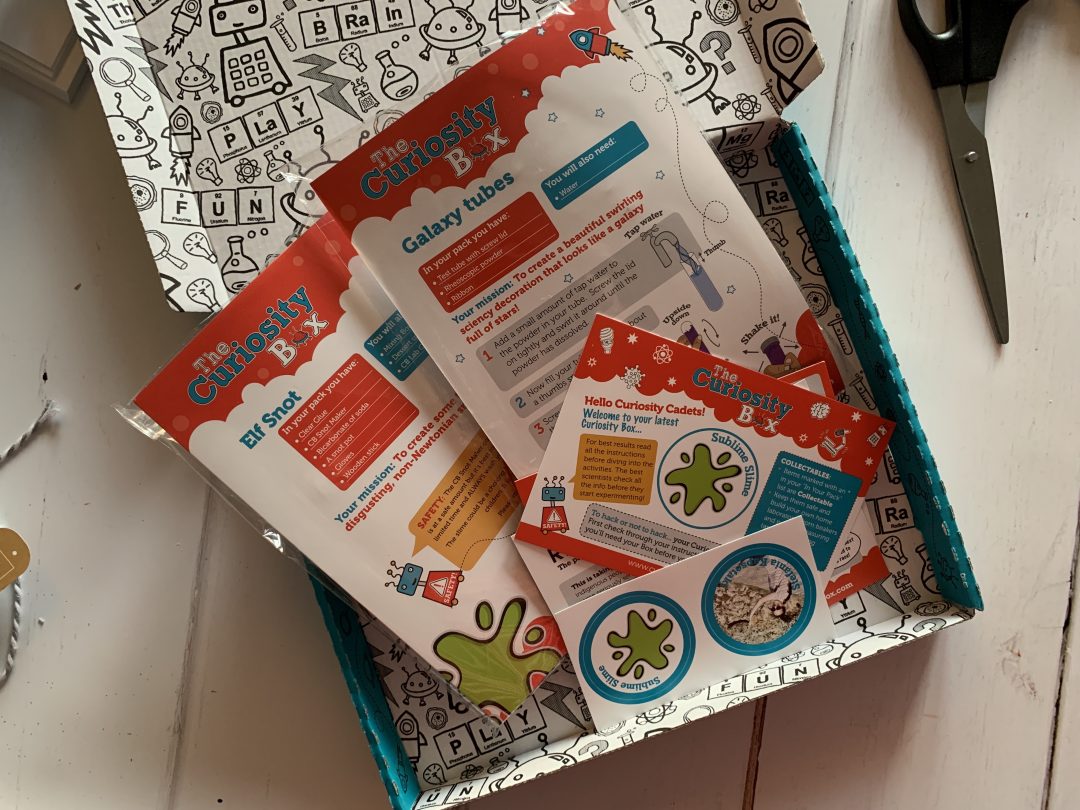 A few months ago I won a subscription to The Curiosity Box. This is a science subscription box for kids and I was pretty pleased to win it as my 7 year old just loves science and I love trying subscription boxes. I have to admit that the boxes have been stacking up as we’ve been so busy. However, when the December box landed, and we discovered it was a SLIME box, well we just had to open it straight away.

The Curiosity Box is a science subscription box that send you monthly boxes of themed science experiments for the whole family to enjoy. Each box contains fun science and engineering activities for 4-11 year olds. There is a different curriculum-linked topic each month and some boxes contain Cool Collectables which enable you to build up your own science collection.

Our December Curiosity Box contained two science experiments: Galaxy tubes and Elf Snot. Each activity was contained in a sealed bag and we only needed to provide a container or water. 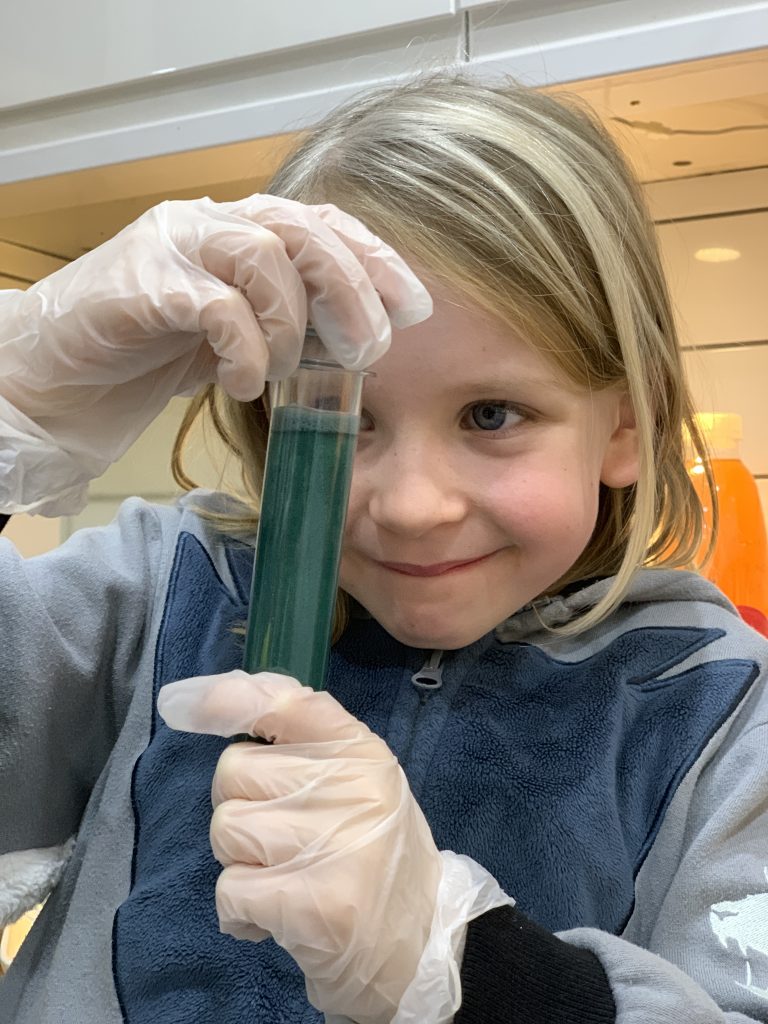 My daughter chose to make the Galaxy tube first. A test tube was filled with Rheoscopic powder which we filled with a little water. She shook it to mix, then we filled the tube with more water. The Rheoscopic powder contained tiny pieces of crystal which swirled through the water. We shook the tube, then left if so the particles settled. My daughter loved watching the particles as they caught the light. We hung the test tube on the Christmas tree as an extra Christmas decoration. 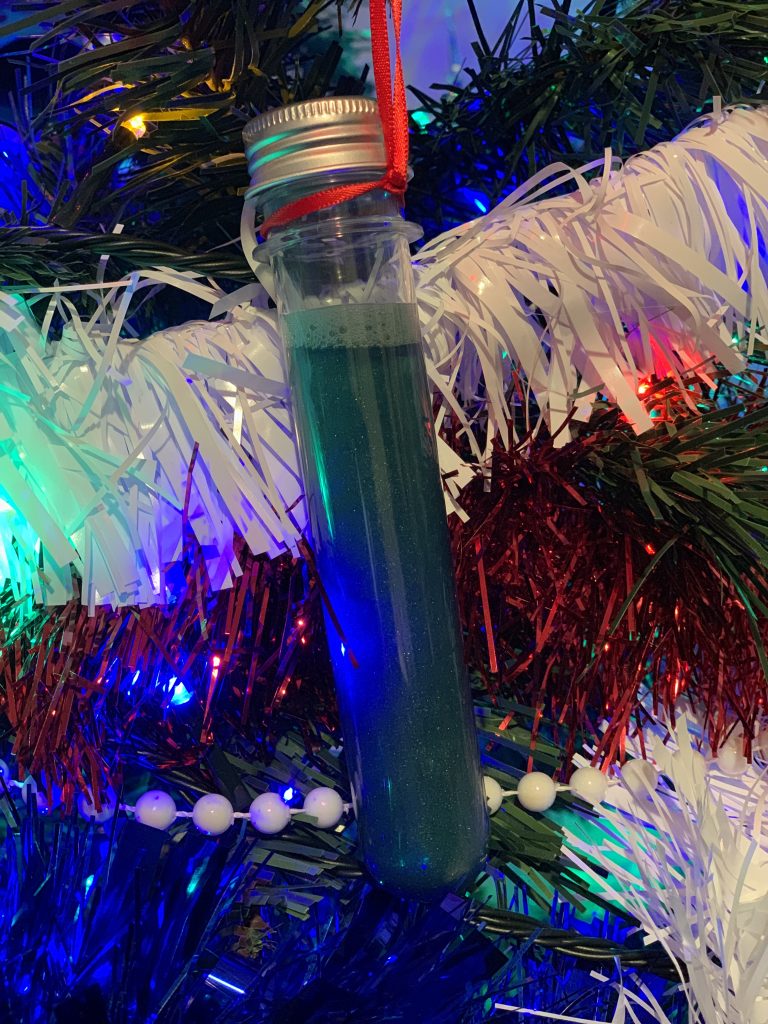 Then it was time to make the Elf Snot. My daughter loves making slime so she was very excited about this experiment. All the ingredients were included: Clear Glue, CB Snot Maker and Bicarbonate of Soda. 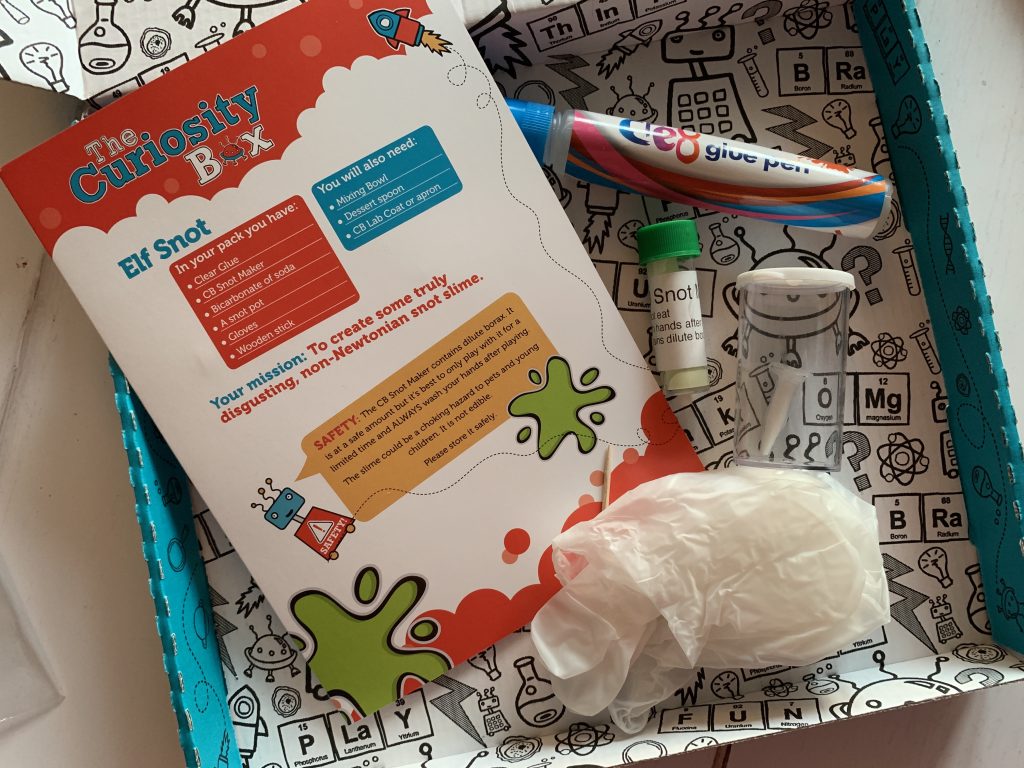 My daughter put on her gloves and started mixing the ingredients. The slime came together easily (phew!). The CB Snot Maker included both borax and phosphorescent pigment which meant the slimy was super slimy and also glowed in the dark! My daughter loved it.

The kit included a little pot to store the Elf Snot in and it made a very rude sound when she pushed it into the pot. 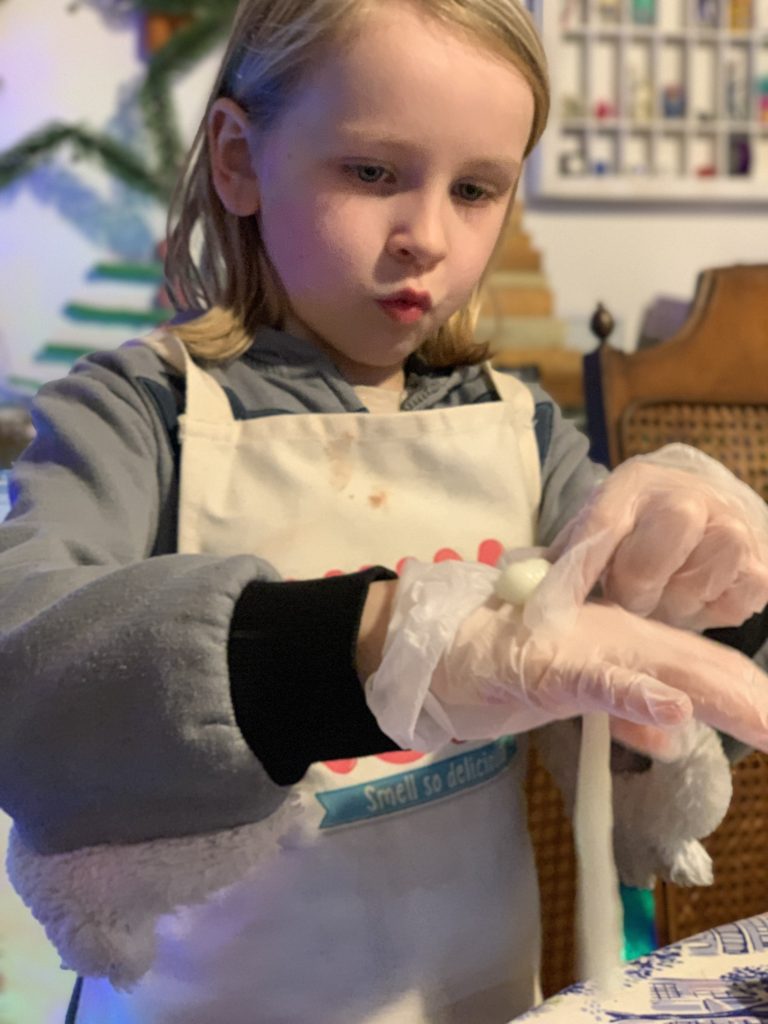 So what did we think of The Curiosity Box? Based on the December box we really enjoyed the activities. Both sets of instructions contained extra information all about the science behind the experiments. Sadly my daughter wasn’t too interested but as the sub boxes are designed for ages 4-11 I think older children would want to know more.

Our first box contained a poster as each box includes stickers which can be added to your chart. I also loved that each box might contain a different piece of equipment so you could build up your own little science kit. We are looking forward to trying out some of the other experiments over the Christmas holidays