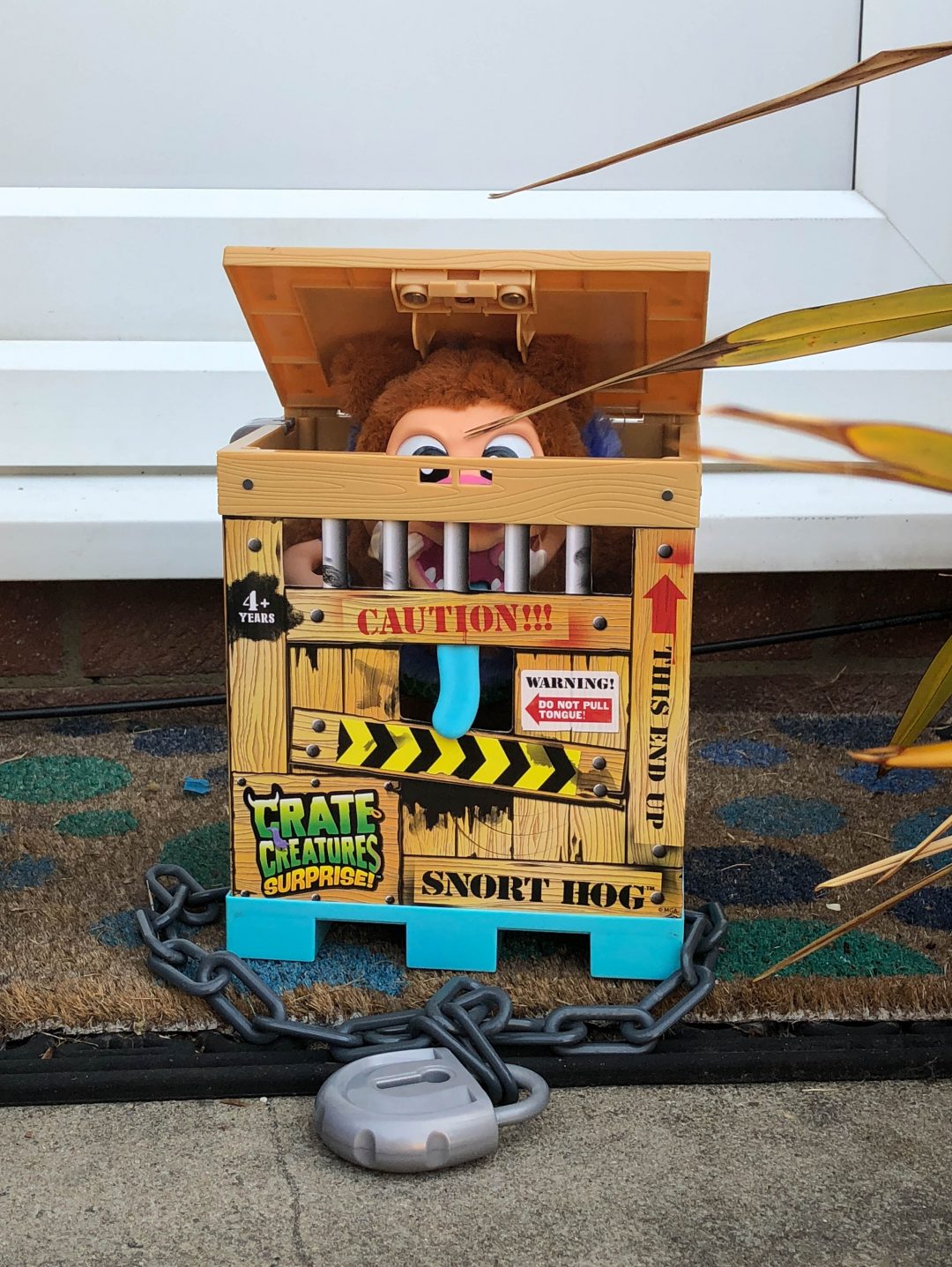 There are 4 Crate Creatures Surprise to collect. We received Snorthog to unbox at home. They arrive captured in a crate and are currently landing in a toy shop close to you. Each comes with a crow bar which you use to break the lock and unlock your new “beast” friend for hours of horrid fun, over and over again. 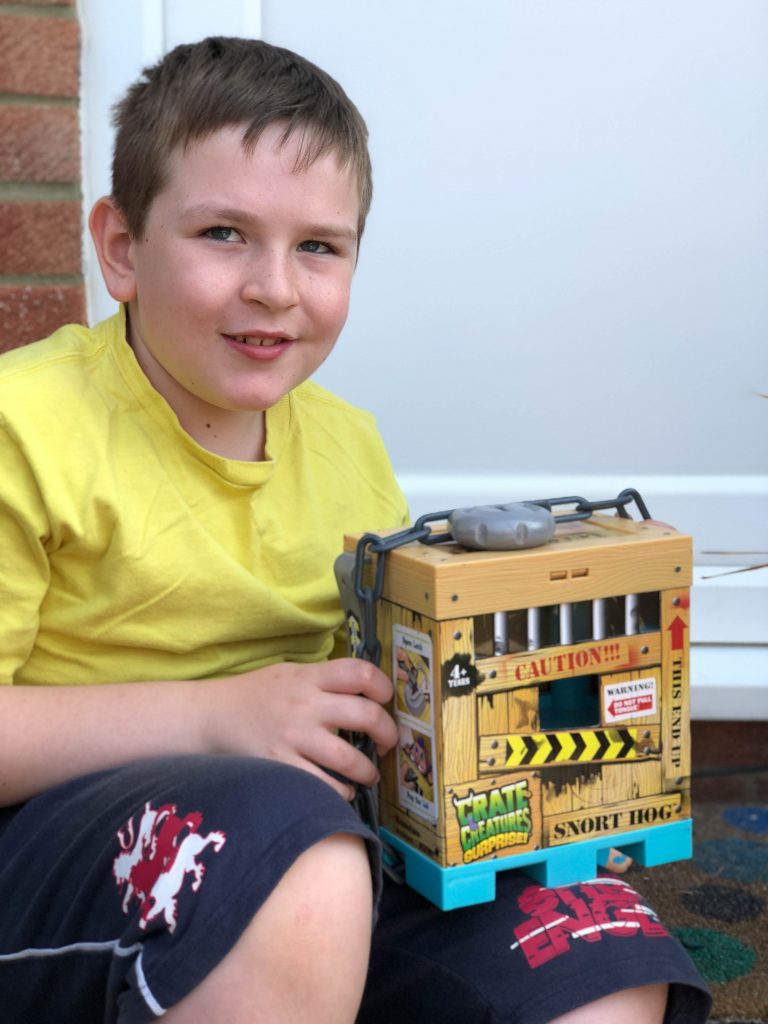 Swinging in from the muggy jungles of Tuskk, meet Snorthog, the bog warthog who loves nothing more than digging up treats to eat and blowing out fantastically unpleasant boogers! Unlock him from his crate to discover the slimy snot that squirts out of his nose, knock him over for his snotty growls and record your own message to hear him grizzle back. 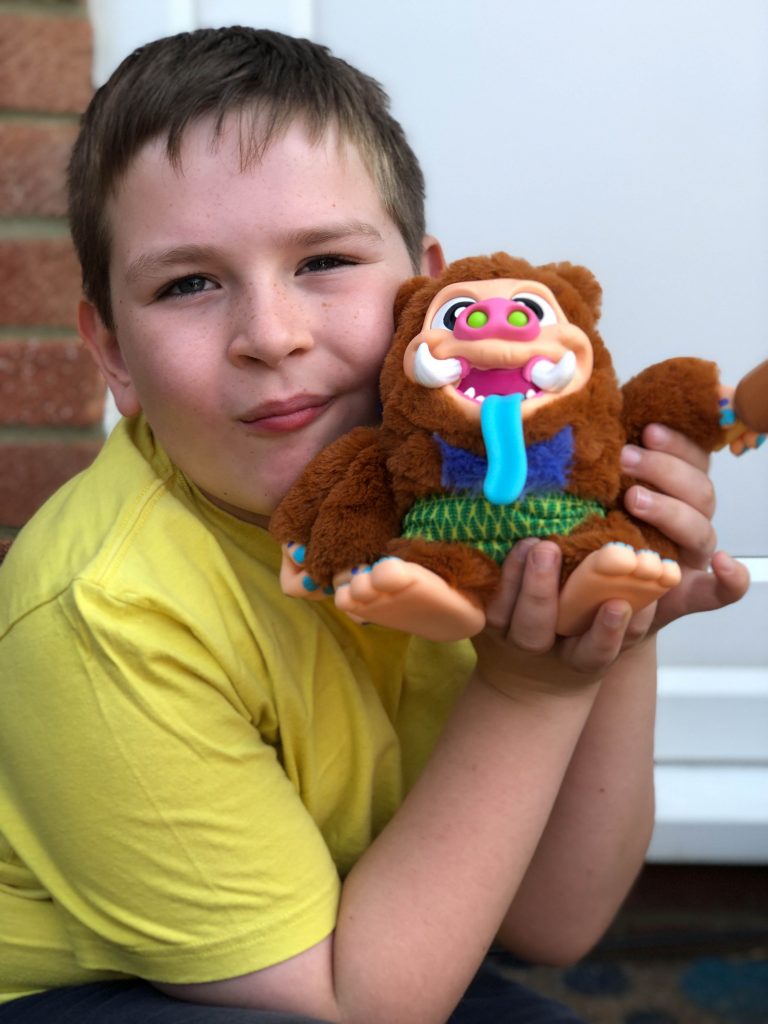 Listen to him crunch on his corn dog with over 45 unique sounds of appreciation for his favourite food. Take it away before he’s had his fill though and watch his four furry arms flap up in horror. Get him back in his box, and lock him up before he gets too mad and when he’s forgotten all about your taunts, untrap him all over again!

My 8 year old really likes Snorthog. He’s cute and furry and he loves the fact his nose is full of bogeys. This toy is clearly designed to attract small boys. Luckily he came with batteries so my son could start playing straight away. There’s nothing worse than a toy which needs batteries before you can play. 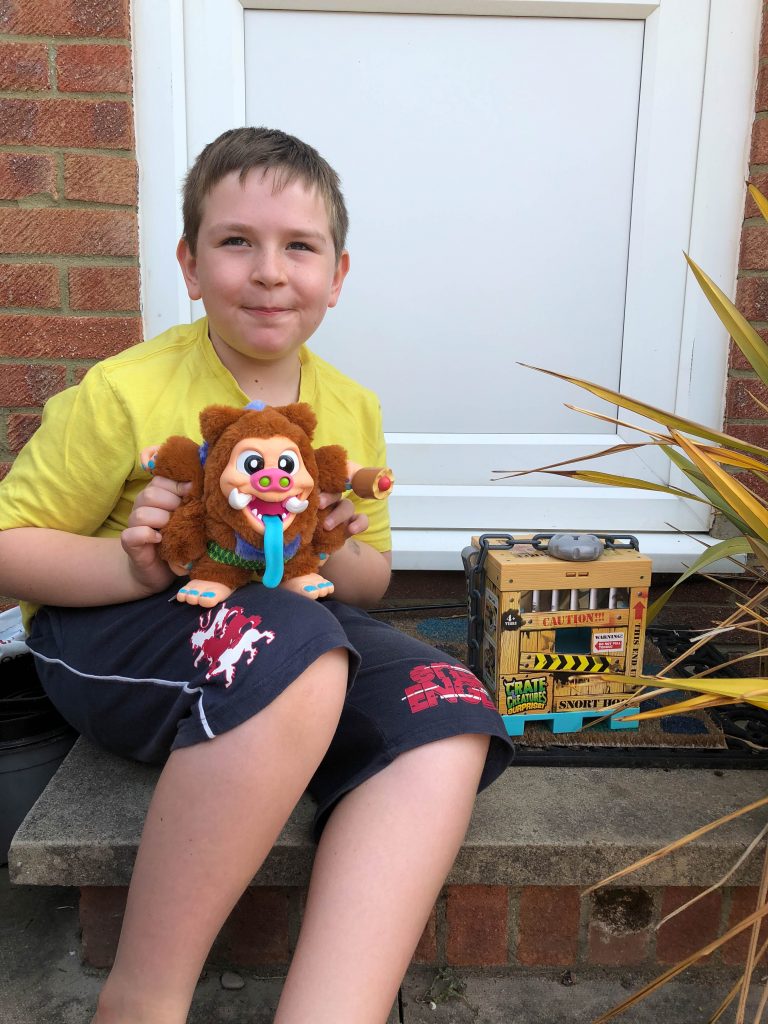 There are clear instructions on the back of the crate so you can start playing straight away. It’s a very interactive toy. You can interact with him by pulling his tongue and shaking him. You can give him his snack and he makes lots of interesting noises. They will also record your voice and repeat it back – monster style!