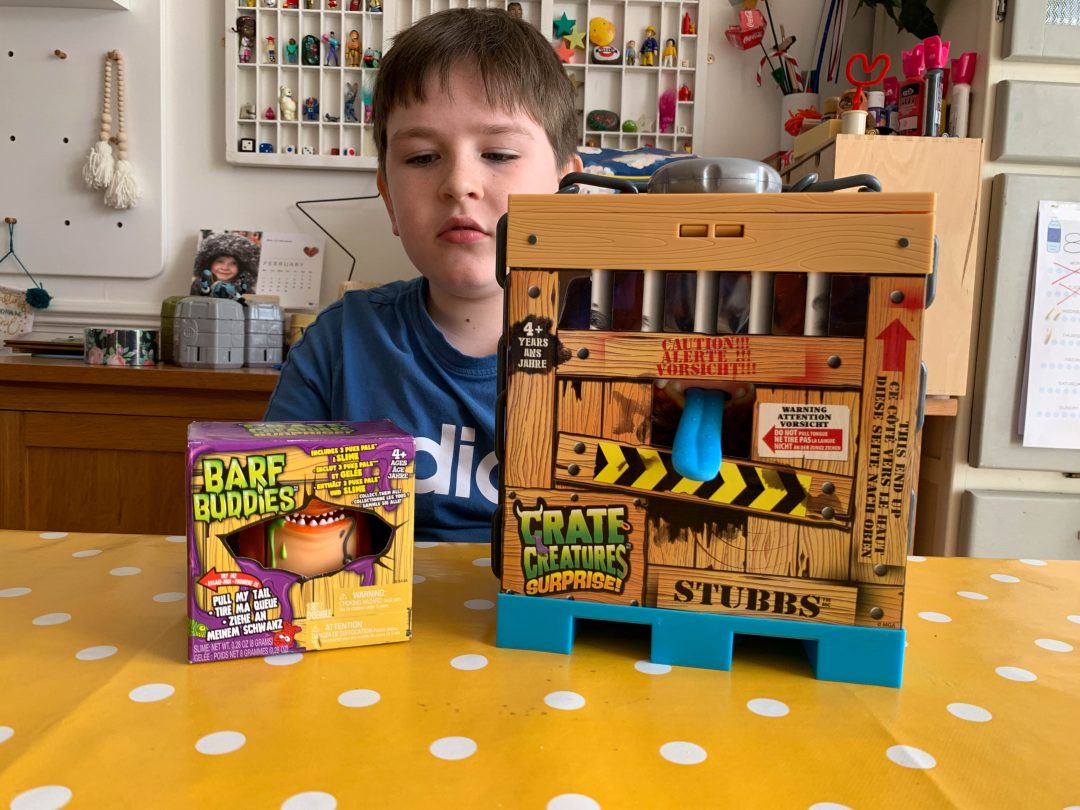 Toys + slime are so popular right now. We’ve been playing with a lot of slime during half term. Earlier this week we reviewed the new Poopsie Sparkly Critters, we made slime at our local Hobbycraft, and today are going to tell you about the new Crate Creatures Surprise Barf Buddies.

You may remember that we reviewed Crate Creatures last year. They arrive captured in a crate. Each comes with a crow bar which you use to break the lock and unlock your new “beast” friend for hours of horrid fun, over and over again. They are quite interactive as you can pull their tongues and shake them. You can give them snacks and listen to them talk or snore. They will also record your voice and repeat it back – monster style!

We were sent one of the new Crate Creatures Surprise Barf Buddies  to review. These come in small cardboard boxes, like their bigger and uglier relatives. There are 6 to collect and each comes with a tub of slime and 3 puke pals. 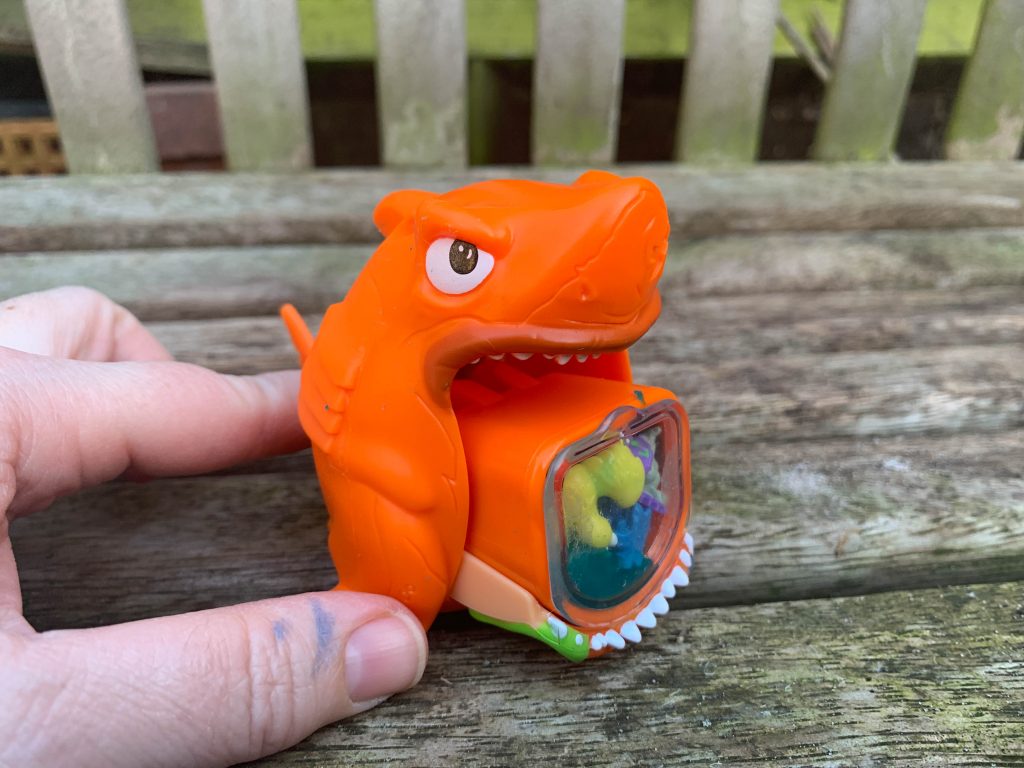 Simply load up the Barf Buddies’ big mouths with the colourful slime. Yank on the Buddy’s tail, and the slime will ooze and fling right out of its mouth! You need to remove the plastic lid but I wanted to show a picture of what it looks like!

It was easy to set up and my children loved that each of the Barf Buddies comes with 3 mystery Puke Pals hiding in every slime pod. We received Matey but there are also Skitter, Gulp, Grumble, Perch and Crunch. We couldn’t get the slime to come out with much force but my children still enjoyed playing with it. You can put the slime back in the plastic tub when you’re not playing with it.

We were also gifted Stubbs, one of the Crate Creatures Surprise. He came locked inside his crate, along with his favourite food. My children thought the noises he made were hilarious. He’s quite fluffy despite his appearance. 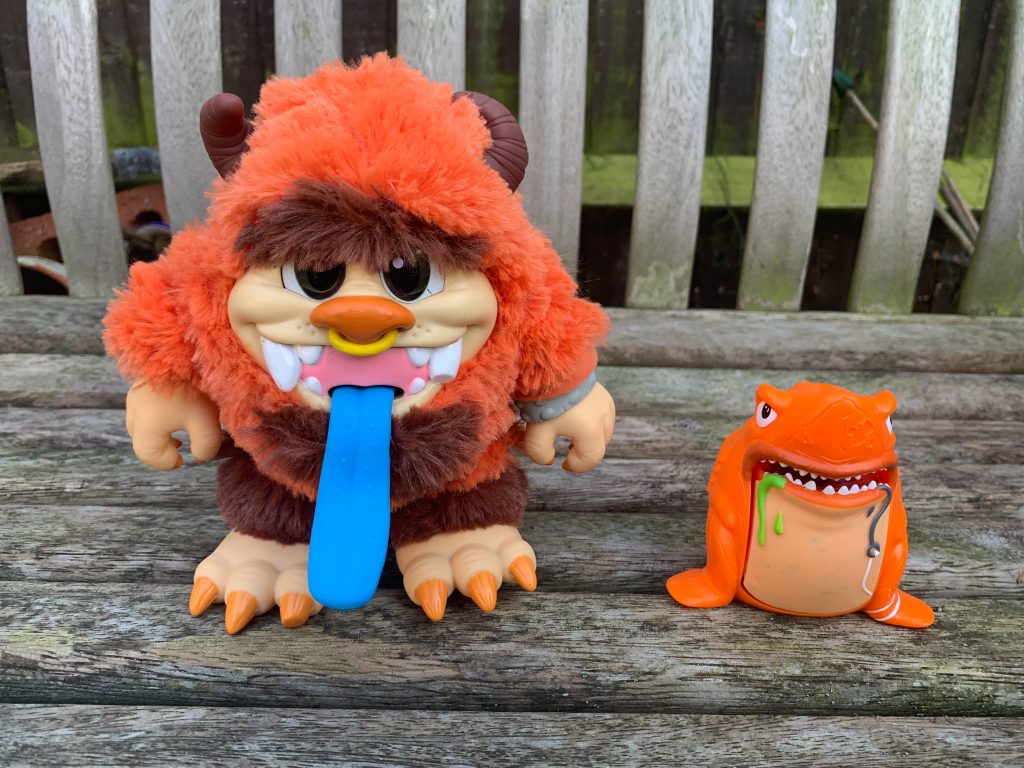