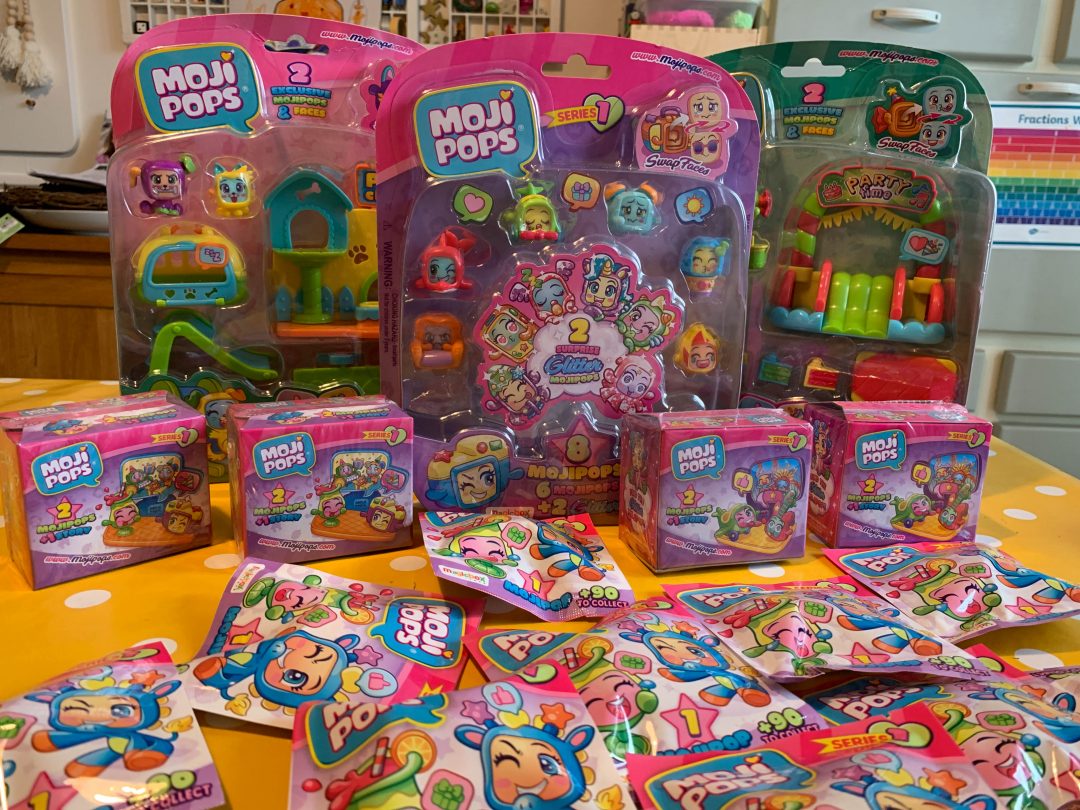 Whilst we were away on holiday last week my 7 year old spotted colourful packets of Moji Pops whilst we were out shopping. We bought a blind bag to see what was inside and she immediately fell in love with the colourful characters with a face you can swap! Yes, you can pop out the face disc and turn it over for a completely different emotion! So much fun for kids who love all things emoji. Fortunately for my daughter she was #gifted a wonderful bundle of Moji Pops from Magic Box Toys so we can tell you more about these fun little collectibles for kids.

Hitting UK shelves this month, Moji Pops Series 1 is made up of everyday objects brought to life as fun characters with an array of colourful emotions based on popular emoticons. Each blind-bagged character has a removable double-sided face; kids can flip it over to switch between emoticon-based expressions depicting a variety of sentiments, or swap faces completely with another character in the collection.

Children can easily switch their character’s mood – there are six different-coloured face pieces, each with two distinct emotions to alternate between. There are 90 different characters to collect, from the worlds of pets, home, nature, travel, music, food and sport, including six ultra-rare Glitter Moji Pops. They are a really fun toy with collectability value, which makes them a perfect pocket money toy in my books. 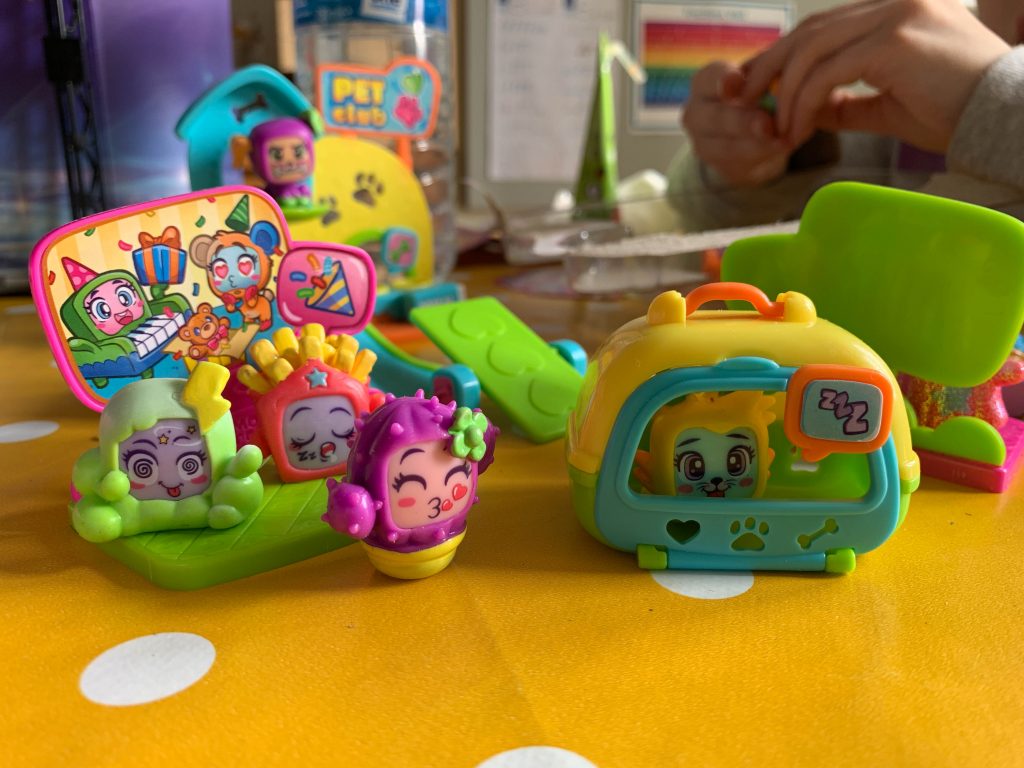 We received 2 of the I Like Playsets: I Like Pets with 2 exclusive Moji Pops & faces and I Like Party with 2 exclusive Moji Pops & faces (£12 each). Both contained little playset items so you can play with your Moji Pops. My daughter loves animals so opened the I Like Pets set first. It included a play area, carry case and slide, as well as smaller accessories such as a carton of milk. The I Like Party included DJ decks and a picnic table with sweet treats. They are a fun way to play with the Moji Pops.

The Blister Glitter Surprise pack was fun to open and included two of the ultra-rare Glitter Moji Pops which my daughter was delighted with. Each pack includes a Collector’s Guide so my daughter was able to tick off the characters as she opened them. 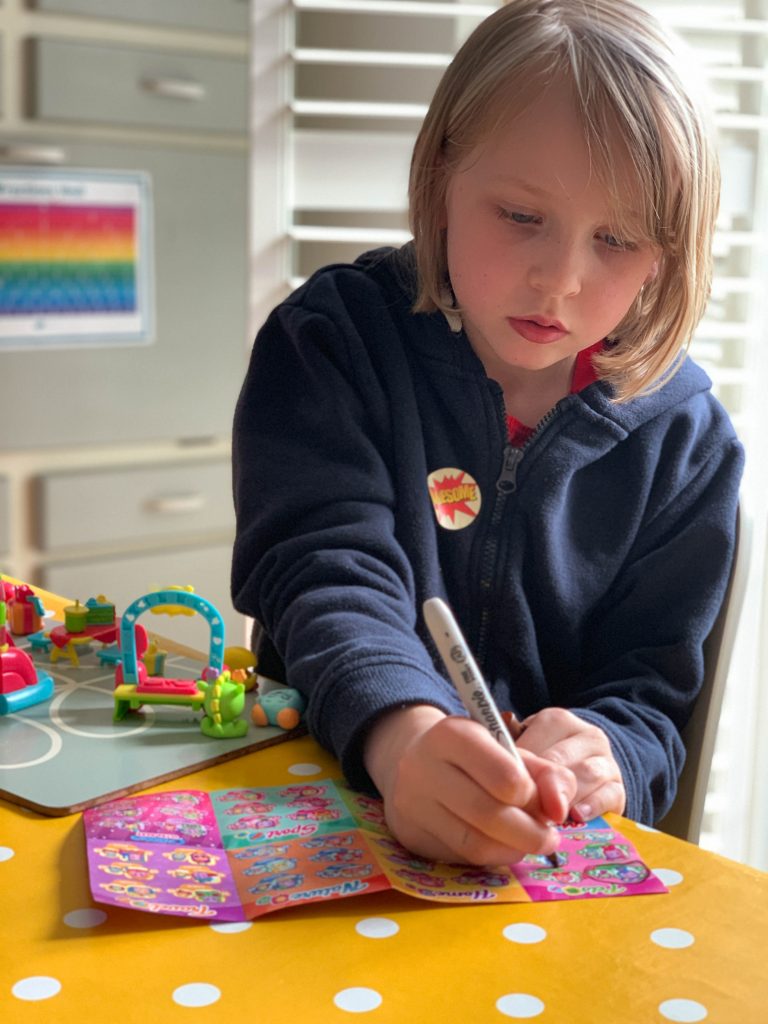 There are also smaller Story playsets which come in a little box. These are great value at only £2.50 each and mean you can make up your own little stories around your characters. There are also blind bags, priced competitively at just 90p each.

I thought Moji Pops tap into the love of emojis and emoticons really well. At 7 years old my daughter is allowed to use emojis on my phone so these were instantly appealing to her. They are a good way to teach and encourage kids to talk about emotions too. The swappable faces are great for imaginative play and expressing emotions, my daughter had fun trying to recreate some of them! 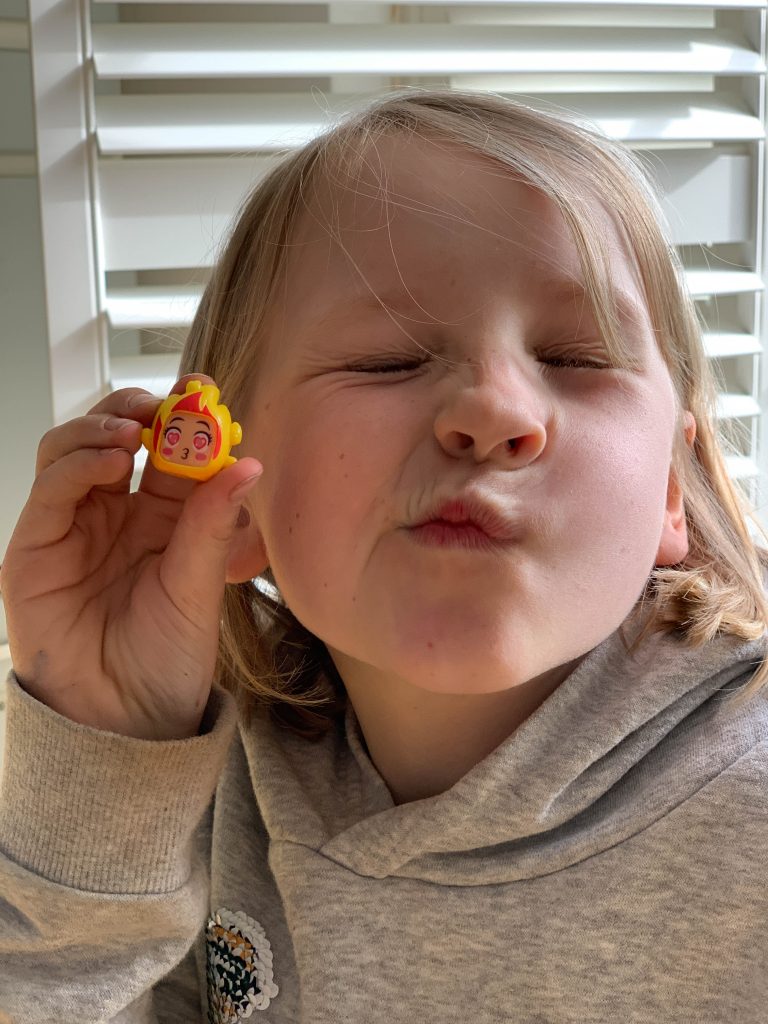