I love to start the week by writing Five Happy Things. It’s a chance for me to sit down and reflect on the things that made me happy in the previous week, as well as to record some of our family adventures – it’s a post I always enjoy writing.

We were all ready for the Easter holidays. We spent last week at home and enjoyed lots of days out. On Tuesday we went into London, spending some time exploring Hamley’s which my children loved, before heading to the Theatre Royal Haymarket for the press performance of Where is Peter Rabbit?

Your favourite stories and most beloved characters are brought to life in this theatrical spectacular, with beautifully handcrafted puppets, enchanting original songs and a sprinkle of magic. Look out for the ferocious Mr. McGregor, reach heady heights with Jemima Puddle-Duck, do the laundry with Mrs. Tiggy-Winkle and of course, fall in love with the mischievous Peter Rabbit. Where is Peter Rabbit? is on at the Theatre Royal Haymarket between 5-28th April.

My son was set some interesting homework for once. He was challenged to invent some kind of buggy which was capable of transporting an egg across the school hall! Fortunately he really liked this idea and teamed up with a friend to build their model in Lego. He had a couple of playdates which resulted in a buggy and labelled plan for them to hand in when they go back to school. 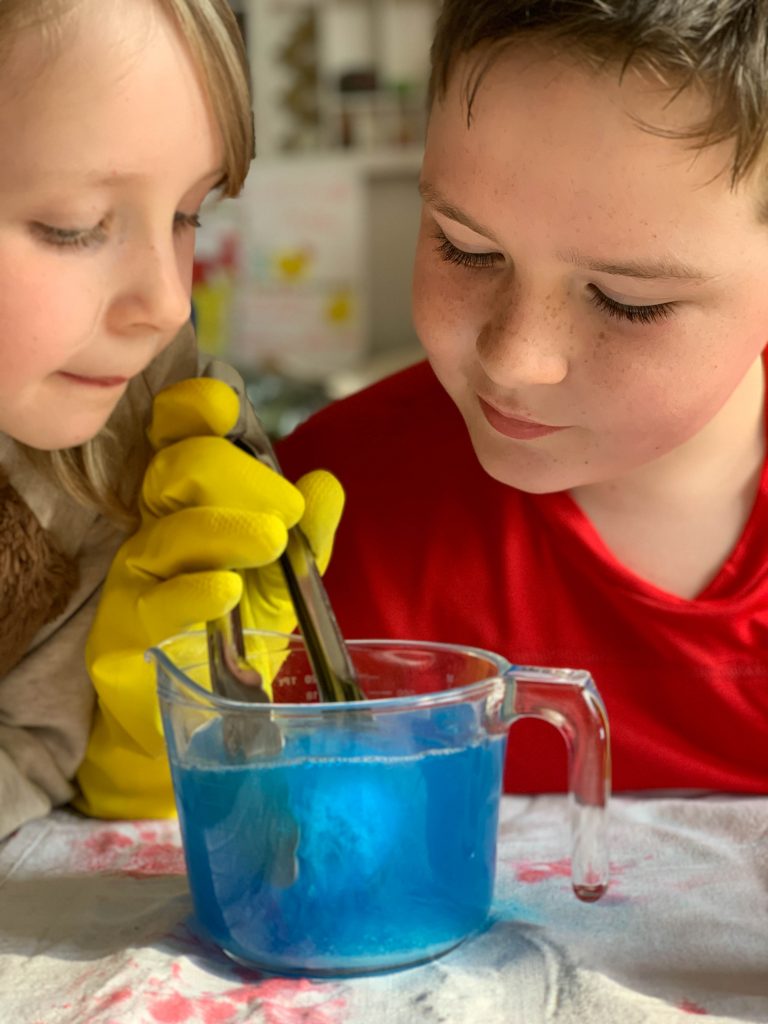 We’ve been sent some amazing toys to review and have so far Oops Scoops game, Beaker Creature Reactor Pod, packets of the new limited edition Double Yolker Haribo Starmix, the brand new Fingerlings magazine as well as a selection of the new Smashers Series 3: Dino! My children know how lucky they are and had loads of fun, especially with the Beaker Creature Reactor Pod. We made a few unboxing videos too so make sure you check out our YouTube channel to see how much fun we’ve been having. 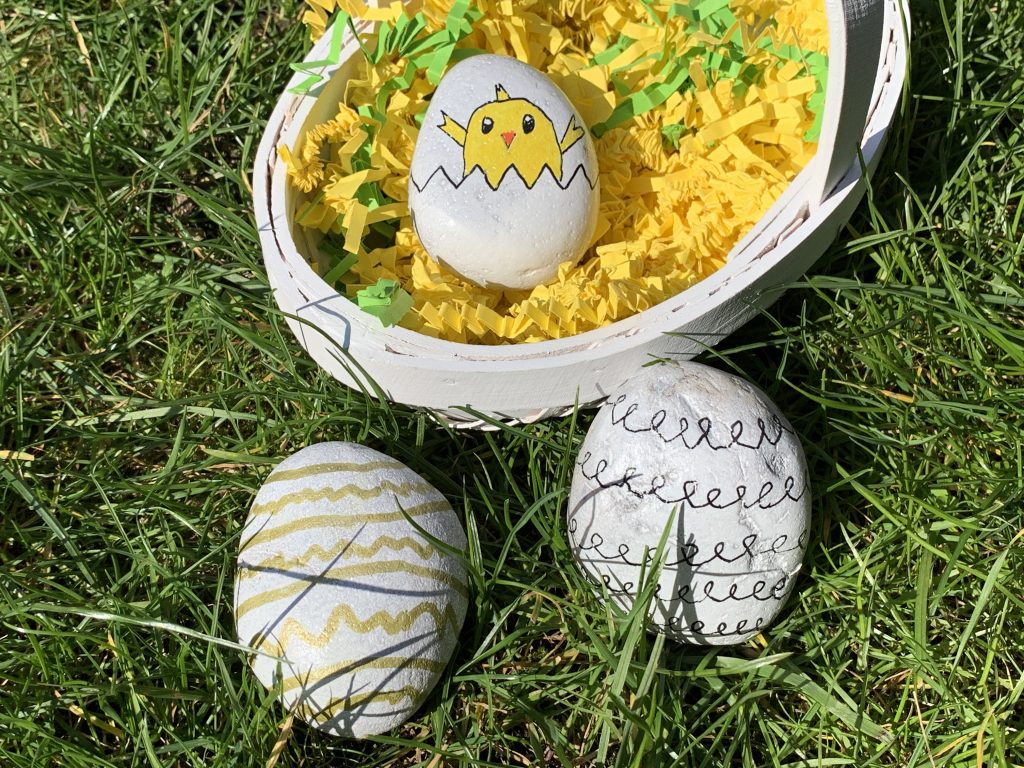 There has been plenty of time for crafting too. I love the painted Easter egg rocks we made, there was also a Hot Cross Bun painted rock! I really enjoyed reading Project: Collage which inspired me to try the art of collage. I’ve also made some progress with my Shipping Forecast quilt and started an embroidery hoop kit from Cotton Clara.

There has been lots of normal stuff too. My 9 year old son lost another tooth – this one was pulled out by the Dentist. The Tooth Fairy only left him 50p because she said he hadn’t been brushing properly! And my 7 year old daughter had her hair cut short. For some reason she really dislikes her hair so opted for the chop. I think she suits it and hopefully there will be less tangles too.

Have a great week everyone!