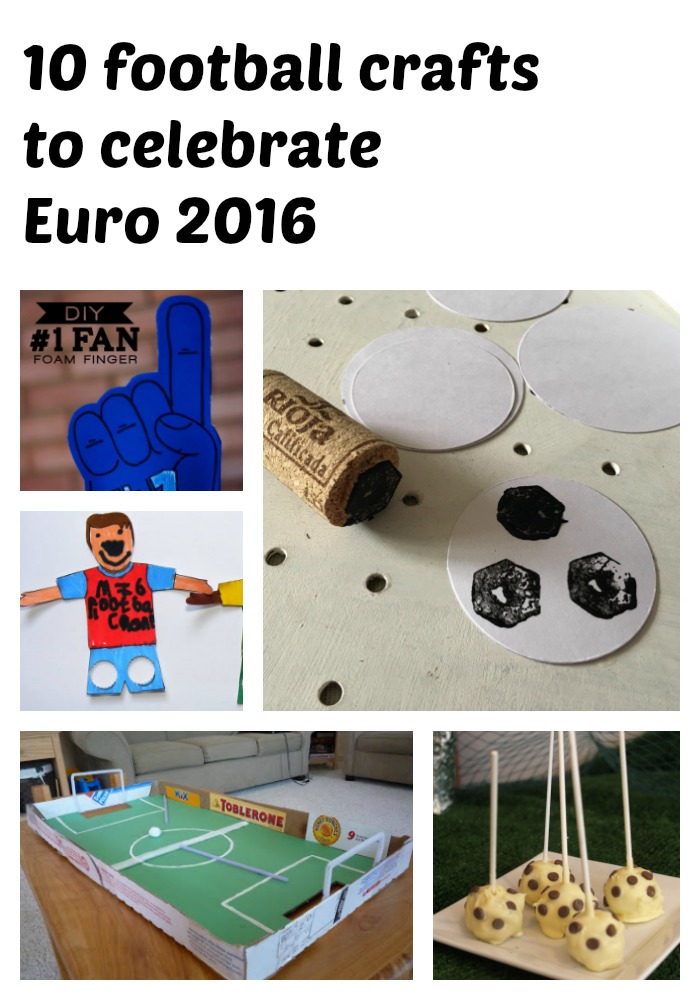 My 6 year old loves his weekly football classes so I thought it would be fun to give him (and you) a round up of 10 Euro 2016 football crafts for kids.

Paper plate football craft for kids from the gingerbread house