Win a signed copy of The Missing Sister by Dinah Jefferies 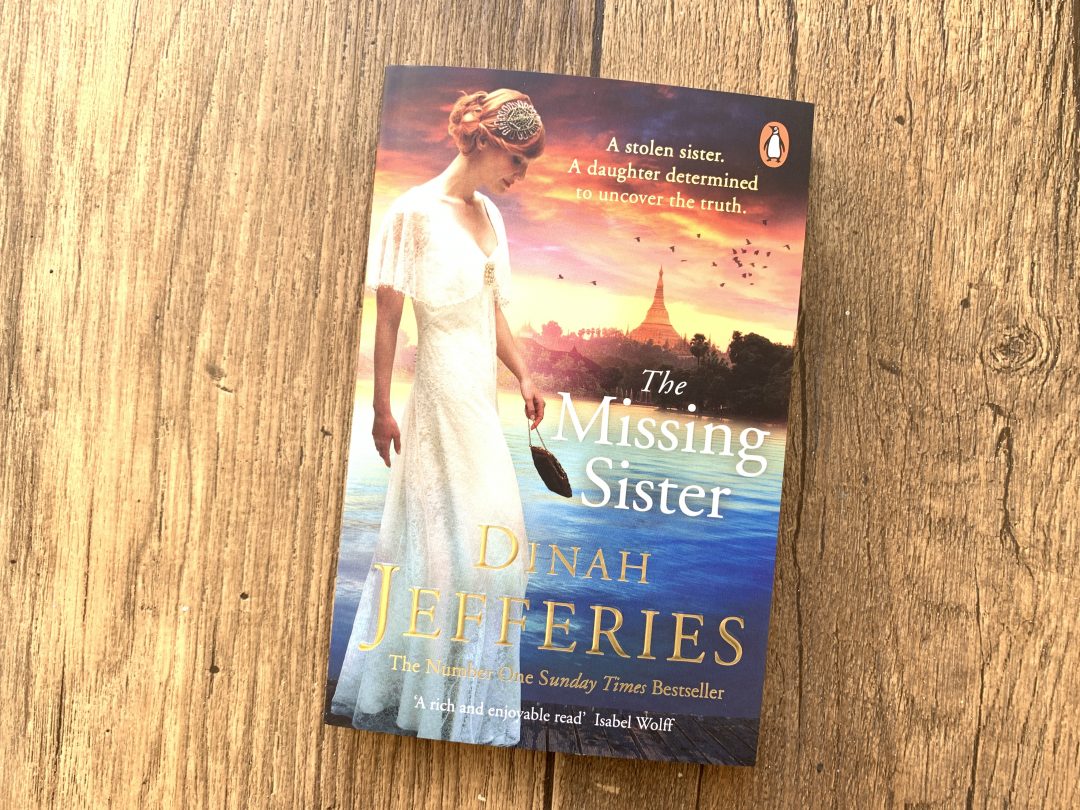 I love it when I find an author I enjoy and discover they’ve written lots of books! One such author is Dinah Jefferies who write historical novels set in exotic parts of the old British Empire, such as The Sapphire Widow or The Tea Planter’s Wife. I recently finished reading her latest book, The Missing Sister, set in 1930s Burma.

The Missing Sister by Dinah Jefferies

A stolen sister. A daughter determined to uncover the truth.

Belle Hatton has embarked upon an exciting new life far from home: a glamorous job as a nightclub singer in 1930s Burma, with a host of sophisticated new friends and admirers. But Belle is haunted by a mystery from the past – a 25 year old newspaper clipping found in her parents’ belongings after their death, saying that the Hattons were leaving Rangoon after the disappearance of their baby daughter, Elvira.

Belle is desperate to find out what happened to the sister she never knew she had – but when she starts asking questions, she is confronted with unsettling rumours, malicious gossip, and outright threats. Oliver, an attractive, easy-going American journalist, promises to help her, but an anonymous note tells her not to trust those closest to her. . .

Belle survives riots, intruders, and bomb attacks – but nothing will stop her in her mission to uncover the truth. Can she trust her growing feelings for Oliver? Is her sister really dead? And could there be a chance Belle might find her?

One lucky person can win their own (signed!) copy of The Missing Sister by Dinah Jefferies.

To enter my giveaway you must answer the question via the Rafflecopter widget below, there are some bonus entries too. The giveaway is open to those with a UK postal address only and ends on 31st May. The winners name will appear on this post. Good luck!