St George and the Dragon luminary 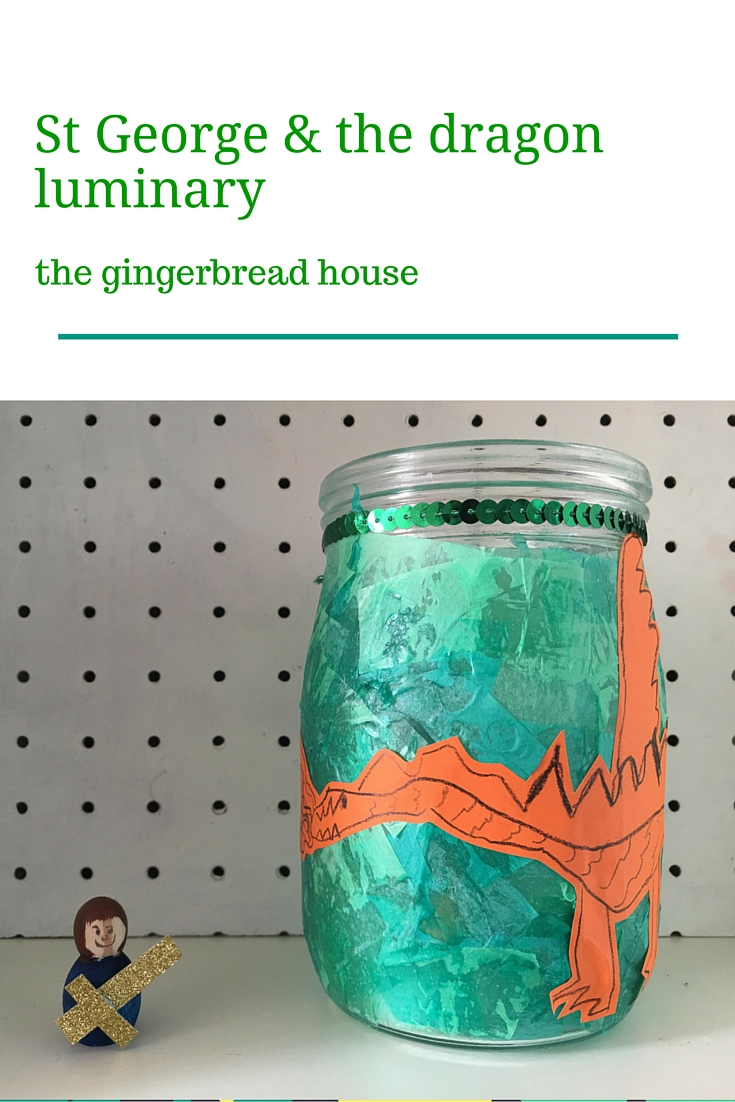 St George’s Day isn’t celebrated until April 23rd but that didn’t top us having fun with this George and the Dragon luminary. We really enjoy crafting with these large glass jars and now the children are a little bit older  I don’t worry about them so much.

Saint George lived in the 3rd century and was born in what was the Roman Empire, somehow he ended up as the patron Saint of England. St George and the Dragon luminary

I mixed a healthy dollop of the Bostik White Glu with a small amount of warm water. My 4 year old cut the green tissue paper into small pieces. then she carefully painted the glue onto the jar and covered it with pieces of tissue paper. We used two shades of green and she made two layers. We set the glass jar aside to dry. My 5 year old drew this fantastic picture of a dragon on a sheet of orange paper. I love this drawing and think he has captured everything from the smoke coming out his nostrils to his scaly skin. I carefully cut around his drawing then we glued it to our jar with more of the Bostik White Glu.

I painted a small wooden peg doll to look like St George and added a mini sword from some gold glittery card. Then we were ready to create our dragon scene – St George fighting off the dragon and earning his place in history! Add an LED tea light to make your jar glow! My children were fascinated by the story and this is a great way to teach them about our patron saints with a fun craft activity. We received some of the craft supplies as part of our role as Bostik Bloggers.