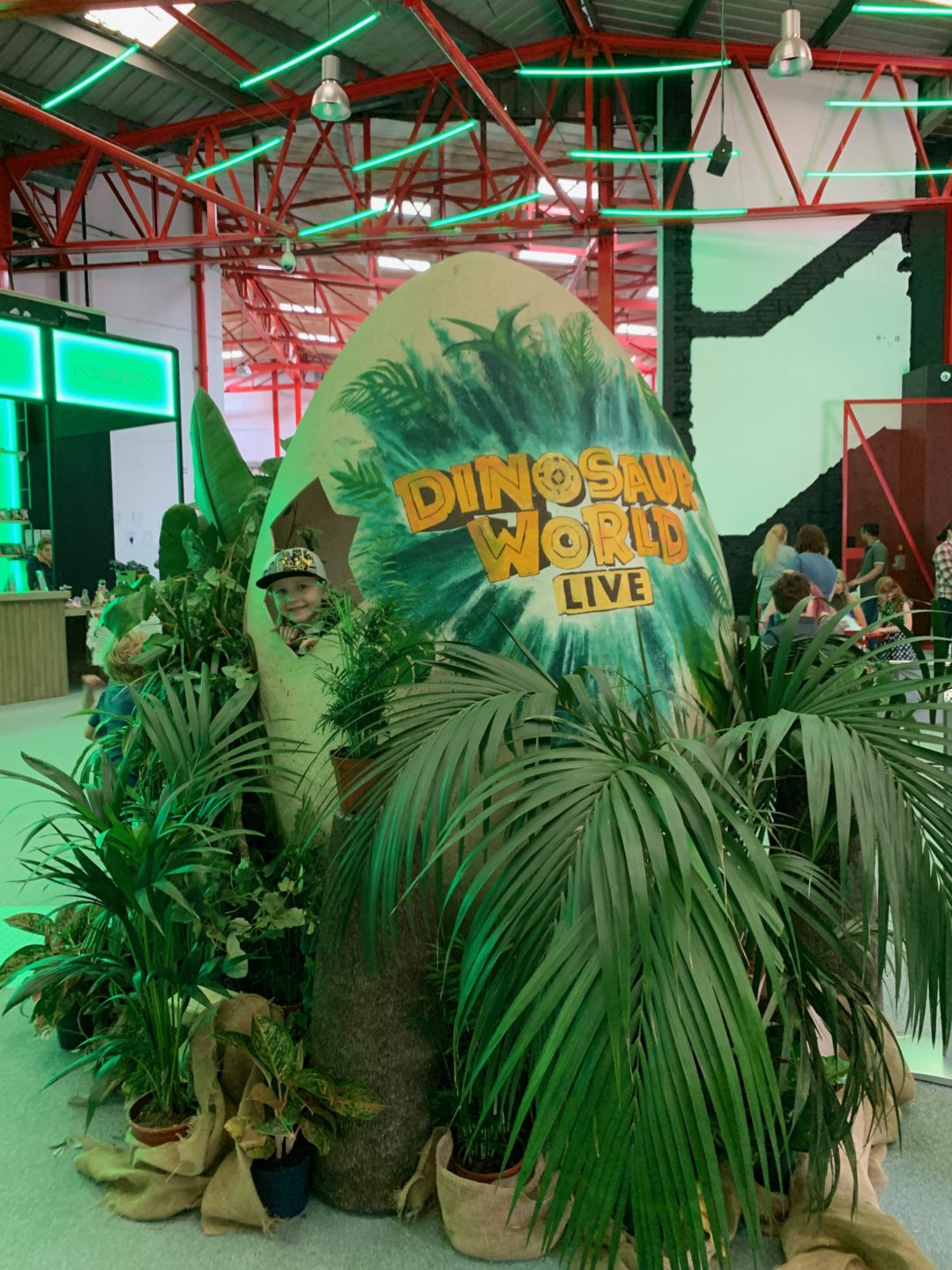 If you are looking for something to do with the kids over the summer holidays then look no further than Dinosaur World Live, an interactive children’s theatre show that brings dinosaurs to life, on stage! Little Sis and I were fortunate to be invited to the press preview today and had a great day out.

Roaring into Wembley Park for a seven-week summer season from 18th July to 1st September, Dinosaur World Live is delighted to open the brand new Troubadour Wembley Park Theatre – a stunning, state of the art venue located in North West London’s newest cultural neighbourhood. We frequent this part of London thanks to the Designer Outlet Village! There’s always something going on at the SSE Arena and we are delighted to have discovered the Troubadour Wembley Park Theatre.

We arrived at the Troubadour Wembley Park Theatre from Wembley Park Station and it was a 5 minute walk away (20 minutes for us as Little Sis wanted her photo taken before every colourful wall!). It’s a great area of Wembley, just next to Wembley Boxpark. We collected our tickets for the show along with a postergramme and a gingerbread dinosaur biscuit. Before the show started we were able to take part in a dinosaur mask workshop which Little Sis really enjoyed. 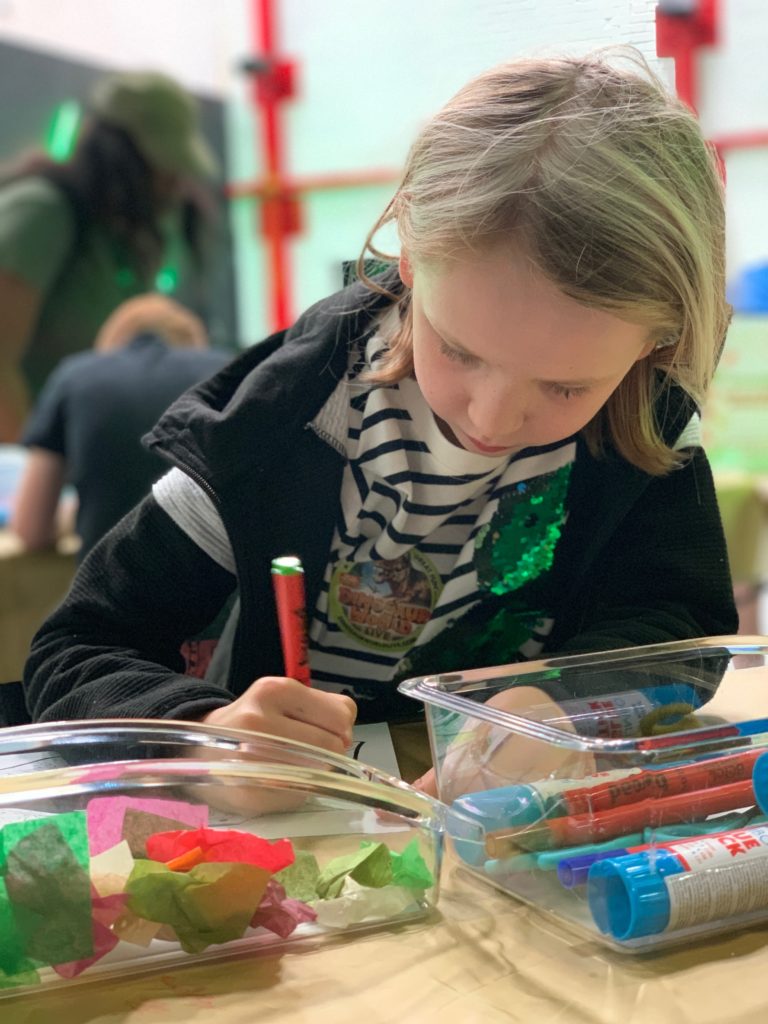 Direct from the West End and currently enjoying its third major national tour, Dinosaur World Live presents a host of life-like dinosaurs, including every child’s favourite flesh-eating giant, the Tyrannosaurus Rex, a Triceratops, Giraffatitan, Microraptor and Segnosaurus. We didn’t really know what to expect but we really enjoyed what we saw. 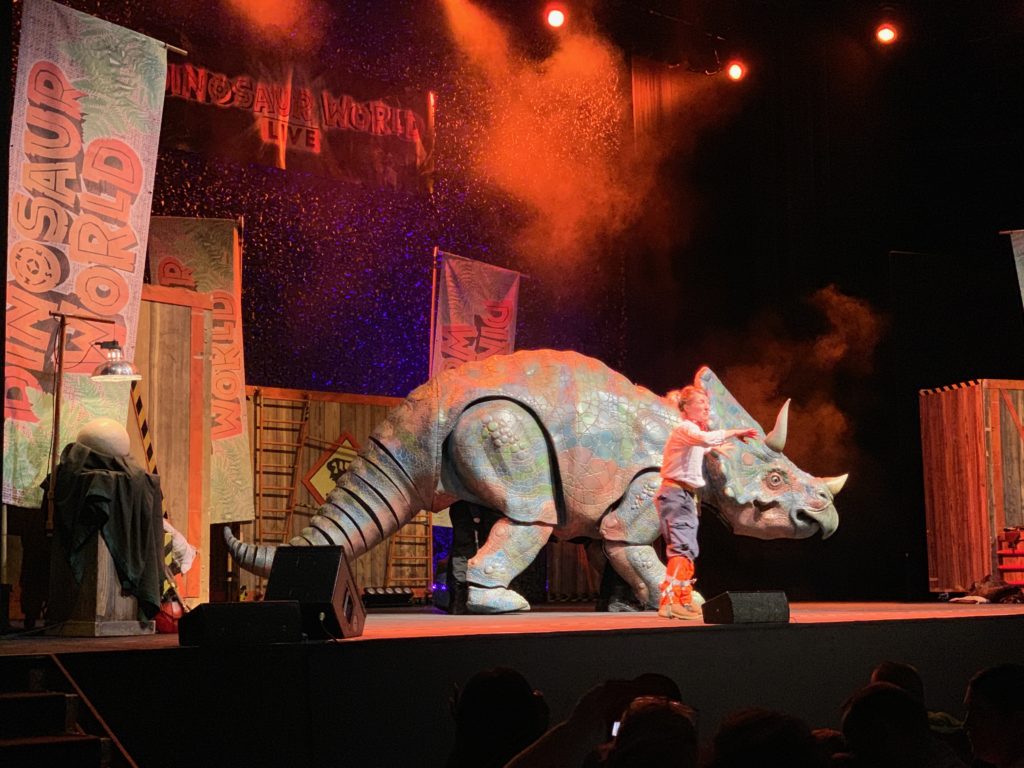 Dinosaur World Live is a 50 minute show created for ages 3 and over which features life-like dinosaurs. It’s led by one human who introduces you to all the different dinosaurs which are all operated by humans. It’s so clever that you don’t really see the human puppeteers. 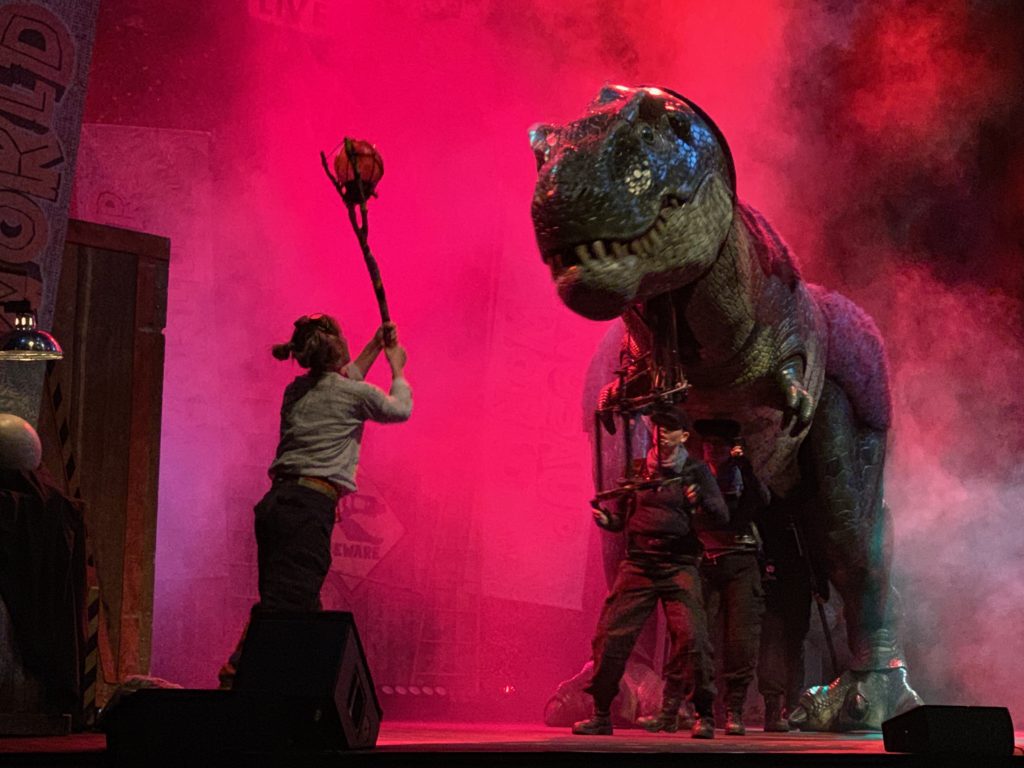 Little Sis was completely entranced by the dinosaurs, as was the whole audience. There were lots of younger children and there was so audience participation which was great for the really small kids.

After the show we were able to go up on stage and meet Juliet the Segnosaurus which was great. We had a wonderful afternoon and would recommend everyone try and catch the show, which is on until 1st September. Find out more and book tickets here.