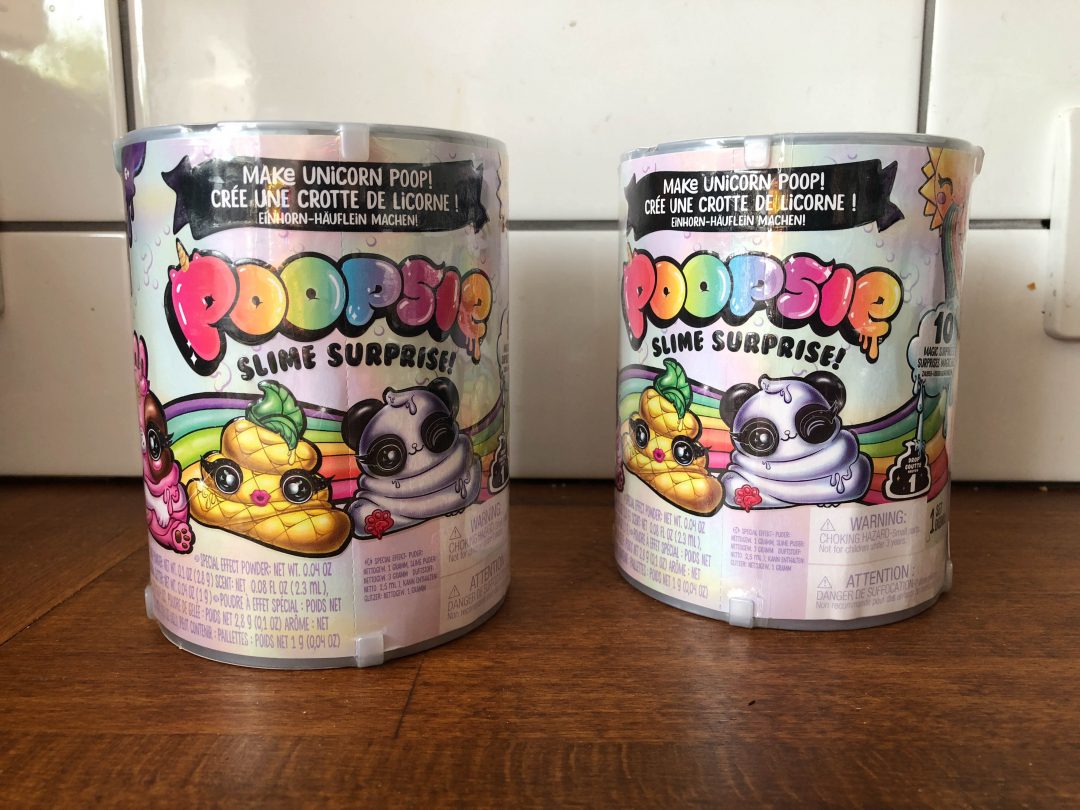 We spent much of Friday making slime. My 6 year old just loves making any kind of slime. As long as it’s squishy she can spend hours playing with it. We love to make our own from scratch or play with shop-bought slime. Today we wanted to tell you about something that combines the two – Poopsie Slime Surprise!

Poopsie Slime Surprise is the latest collectable unboxing toy for kids. It’s a fun new toy which has been designed to appeal to kids who just love to unbox their toys. There are 18 to collect in Series 1 and it would be so much fun to collect them all! Inside are ten magical surprises to open with slime to make. 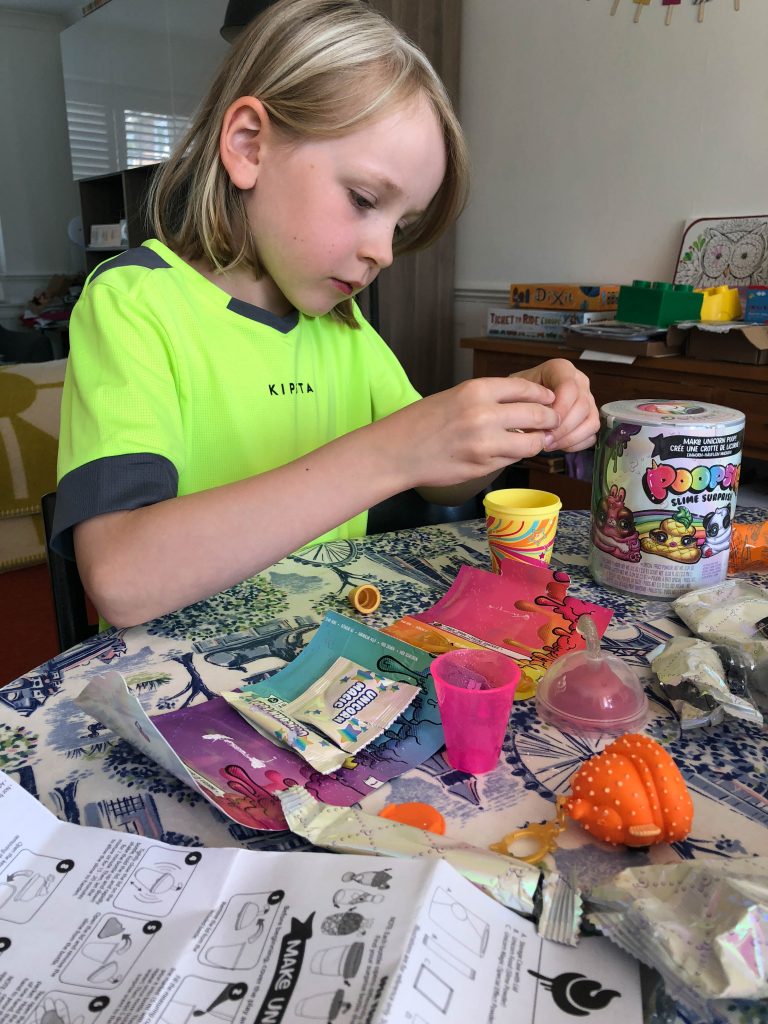 We followed the instructions and unboxed the Poopsie Slime Surprise. The ten magic surprises include everything you need to make your own unicorn poop (slime), which you can them store inside the poopsie.

Everything is stored inside a cute storage case. First we unwrapped the equipment which included unicorn food, unicorn magic, surprise scent and a golden spoon. 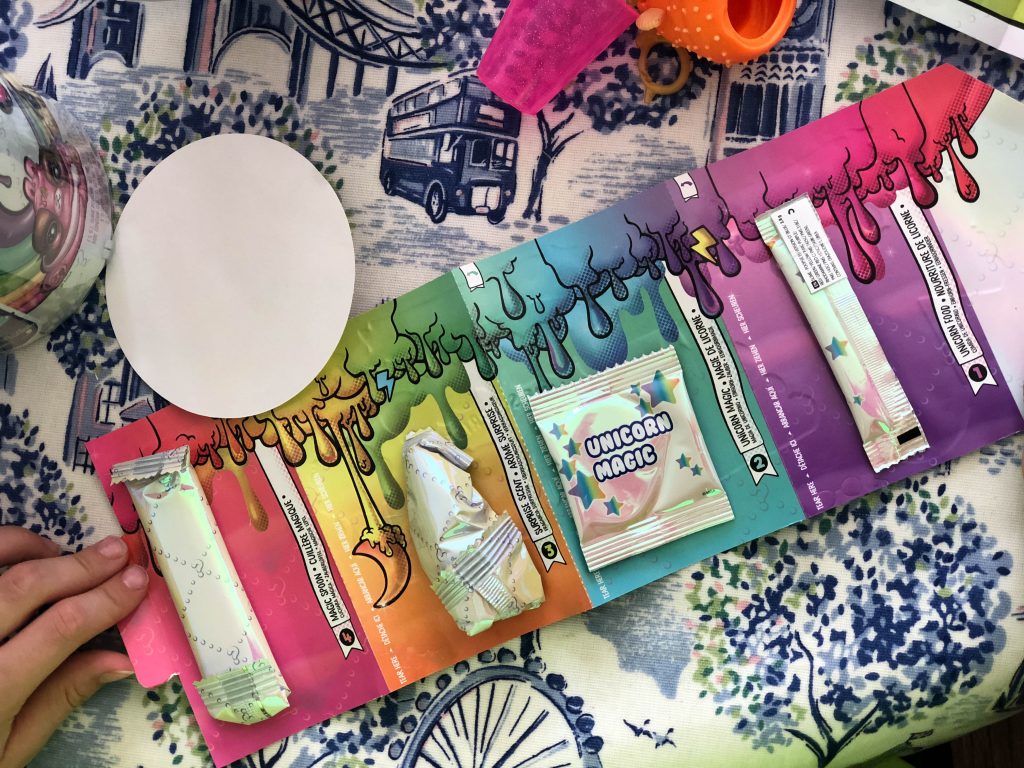 There was also a bottle with lid, a small measuring cup and a keychain container in the shape of a poopsie. There are 4 categories of Poopsie to collect – Early Bird Turdz, Junk Foodie Doodies, Turdz of Paradise and Disco Doo-Doos. We opened Puffer, an orange fish shaped Poopsie, one of the Turdz of Paradise. 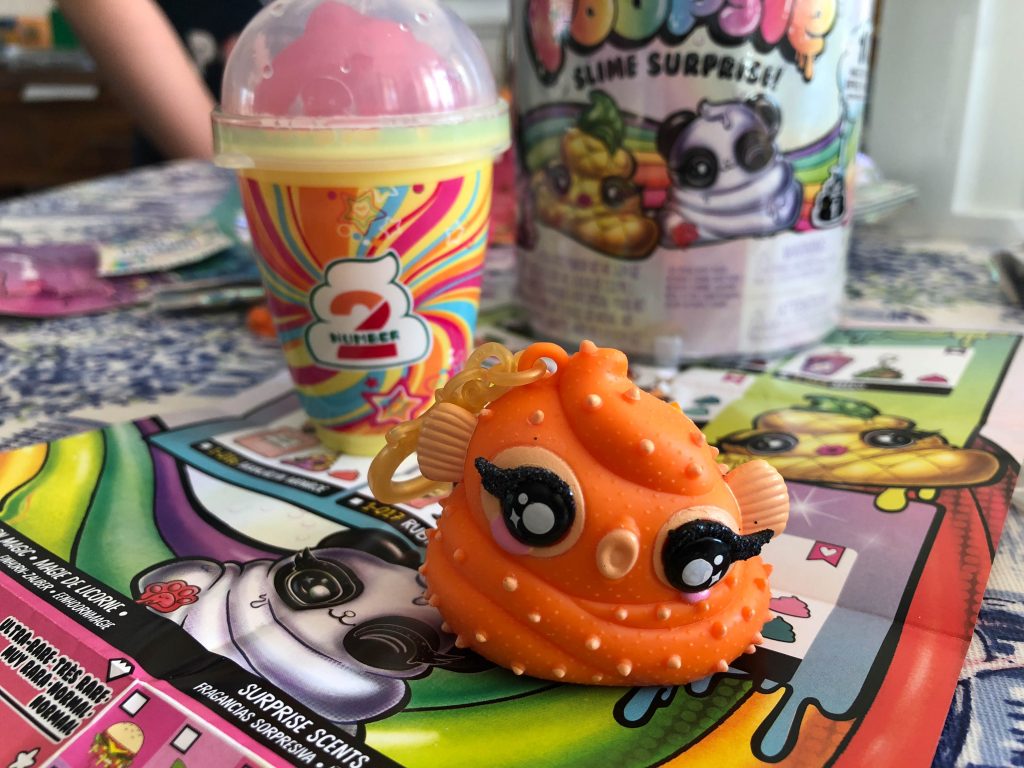 We mixed up the ingredients with some water to make our own magical unicorn poop (slime). It didn’t take too long although we had to leave it for 20 minutes for the slime to harden. Then my daughter added the unicorn magic to the slime and played with it until it changed colour!

When you have finished playing with the slime you can store it in the poopsie keychain. My daughter wanted to place it in on her bookbag and take it to school until I pointed out she wouldn’t be able to take out the slime and play with it!

We had fun opening the Poopsie Slime Surprise. They are a different kind of toy but we love how they combine an unboxing element, with poop, unicorns and slime. They have a RRP of £9.99 and can be found at Smyths, Amazon, The Entertainer and Argos.