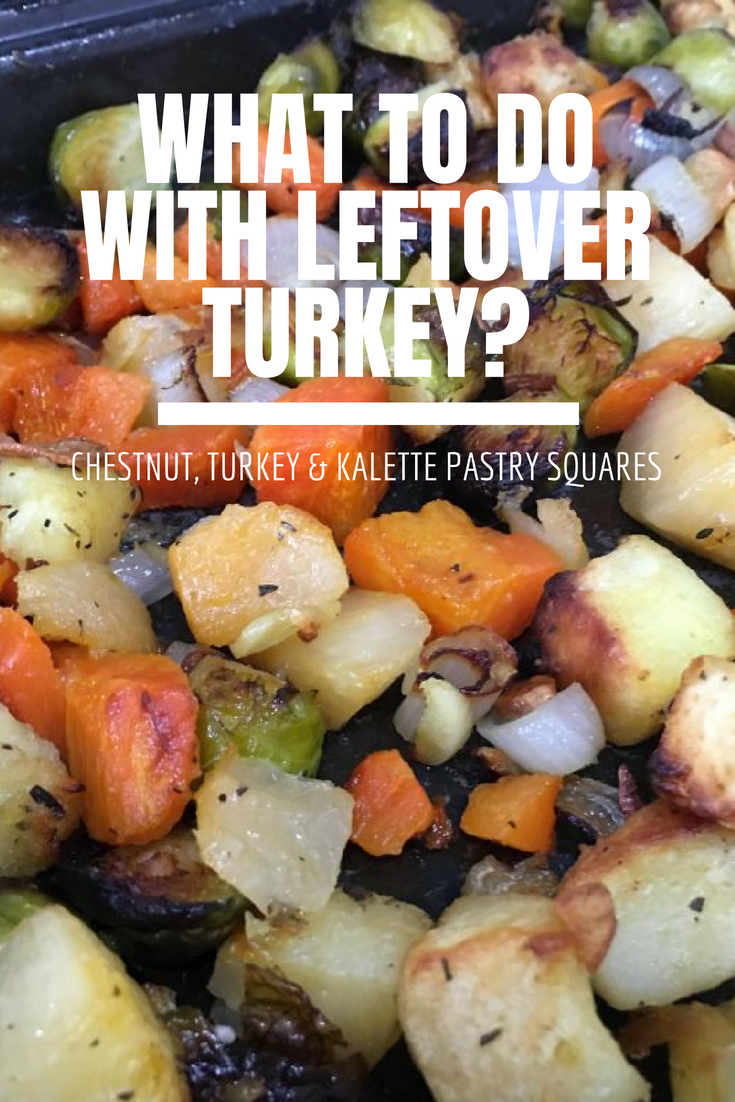 A big part of Christmas for me is the food. I spend weeks dreaming of our Christmas lunch and have a Pinterest board for all of my ideas. Oven Pride challenged me to think outside of the box and create a traditional Christmas dinner, but with a ‘seasonal’ twist. They wanted to hear about some funky Christmas flavours that would not usually be associated with your standard dinner.

I’m a huge fan of ginger in any form. Not only is it packed full of magical properties but it adds great flavour to any dish. After a lot of thought I decided to make a root vegetable parmentier to go with my pastry squares with chestnut, turkey and kalettes. Both would be packed with flavours with the addition of fresh ginger!

Parmentiers are a lovely accompaniment to a meal. I used potatoes, carrots, parsnips, swede and sprouts. I peeled and cut the vegetables into cubes or in half. I placed them all on a baking tray and added a couple of shallots, 2 cloves of garlic and a teaspoon of freshly chopped ginger. I drizzled the baking tray with olive oil, a pinch of mixed herbs and some salt and pepper, then cooked it in the oven for 30 minutes at 200°. 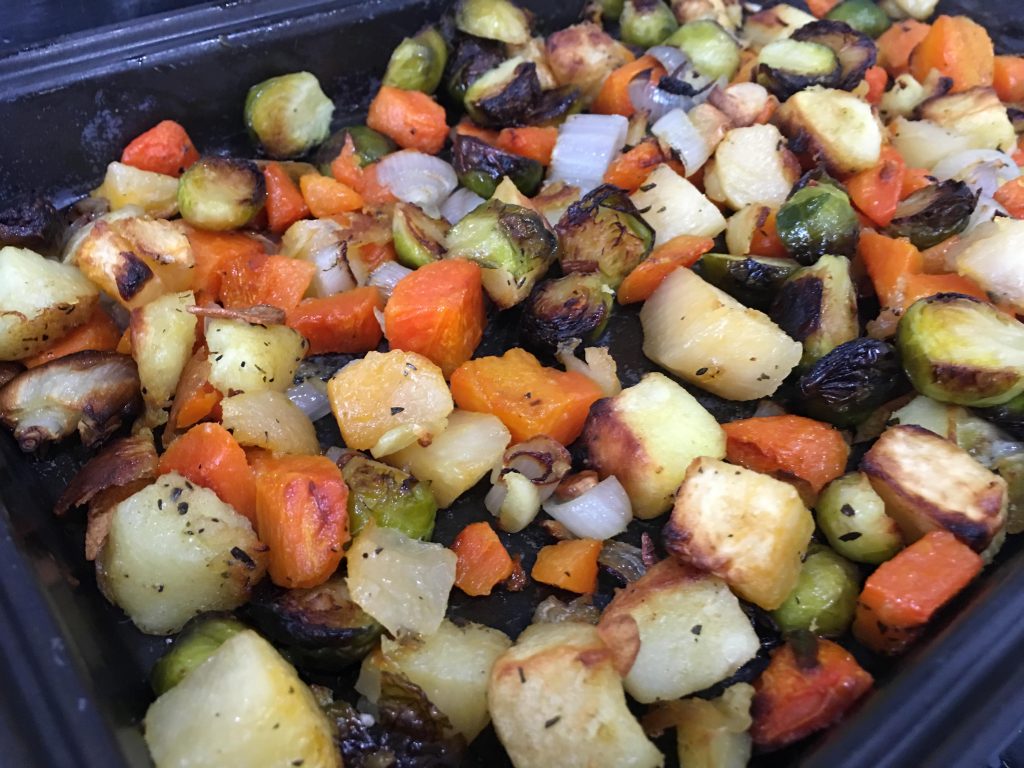 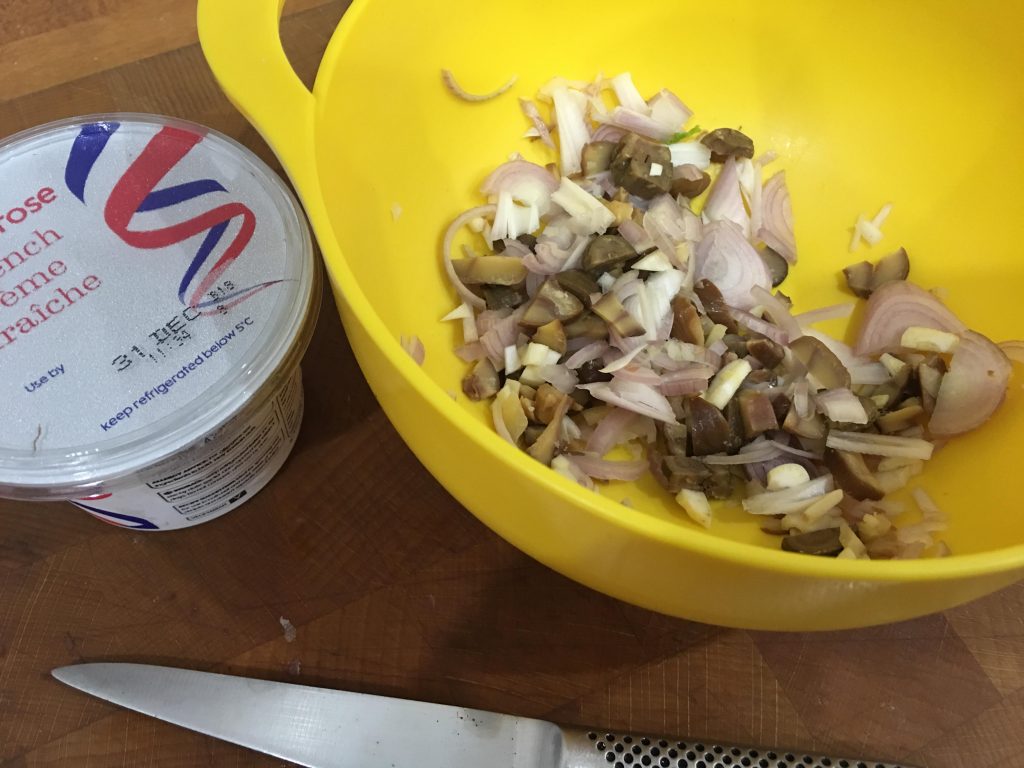 There was a little bit of prep involved. First I steamed my kalettes for 5 minutes. I shredded my turkey and placed it in a bowl. Adding chopped chestnuts, 2 sliced shallots, 2 cloves of garlic and a teaspoon of chopped fresh ginger. When the kalettes were cooked I drained then and chopped them up, adding them to my bowl. Then I swirled a couple of spoons of cream fraiche through it and seasoned it.

I placed my puff pasty on two baking trays and carefully spread the mixture in the centre of each one, leaving a gap of about 3cms all the way around. I brushed the pastry with a beaten egg and baked them in the oven for 20 minutes at 200°. 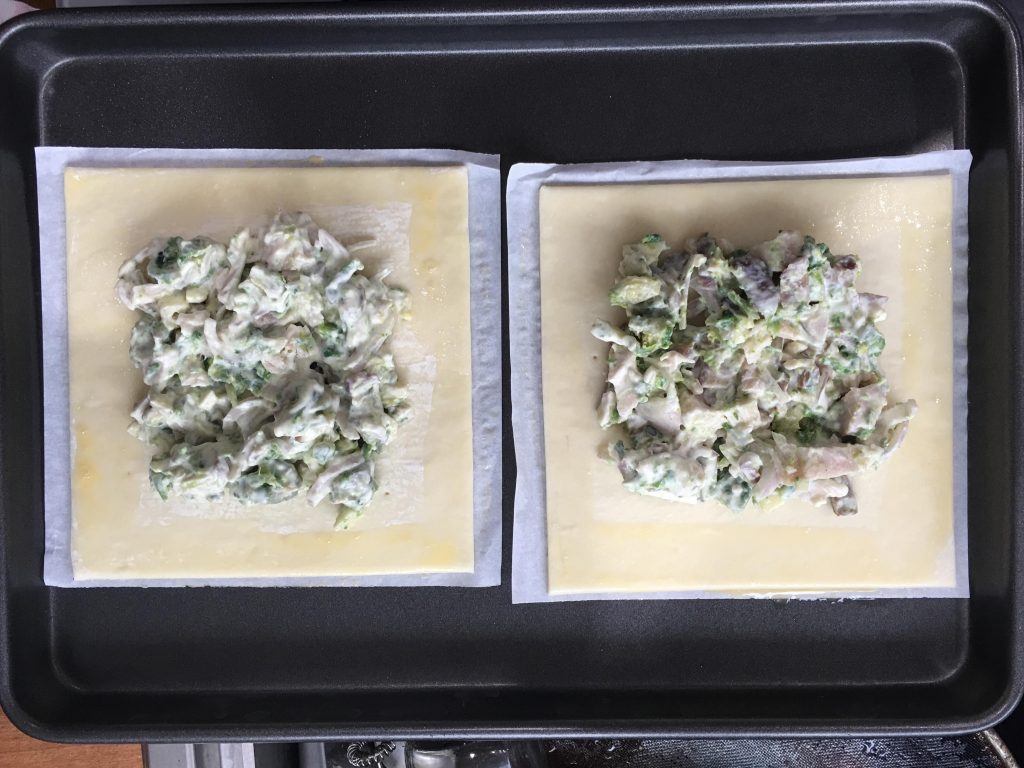 The house smelled so good when all this was cooking and I was really pleased with how they turned out. I made enough for the 4 of us and think this makes a great alternative to  Christmas lunch or could be a way of using leftover turkey. It’s packed full of hidden veggies too so it’s a good meal for children who can be fussy like my two. The ginger really comes through which made me super happy too! 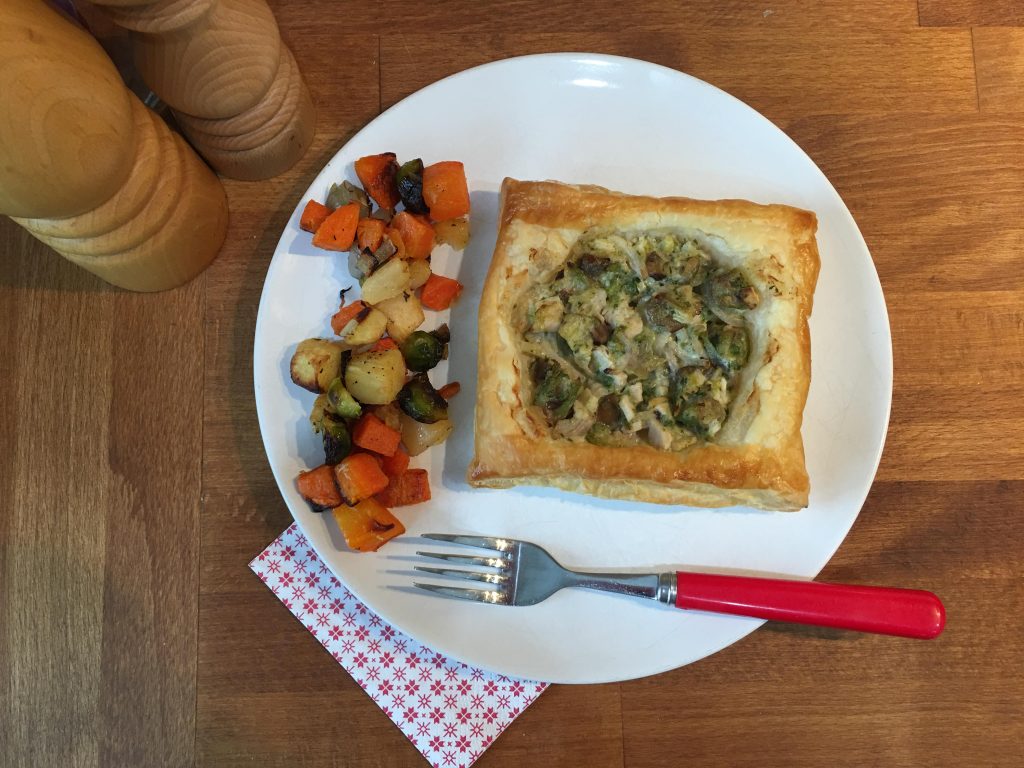 Thank you to Oven Pride for sponsoring the ingredients for this meal and sending the cleaning products.