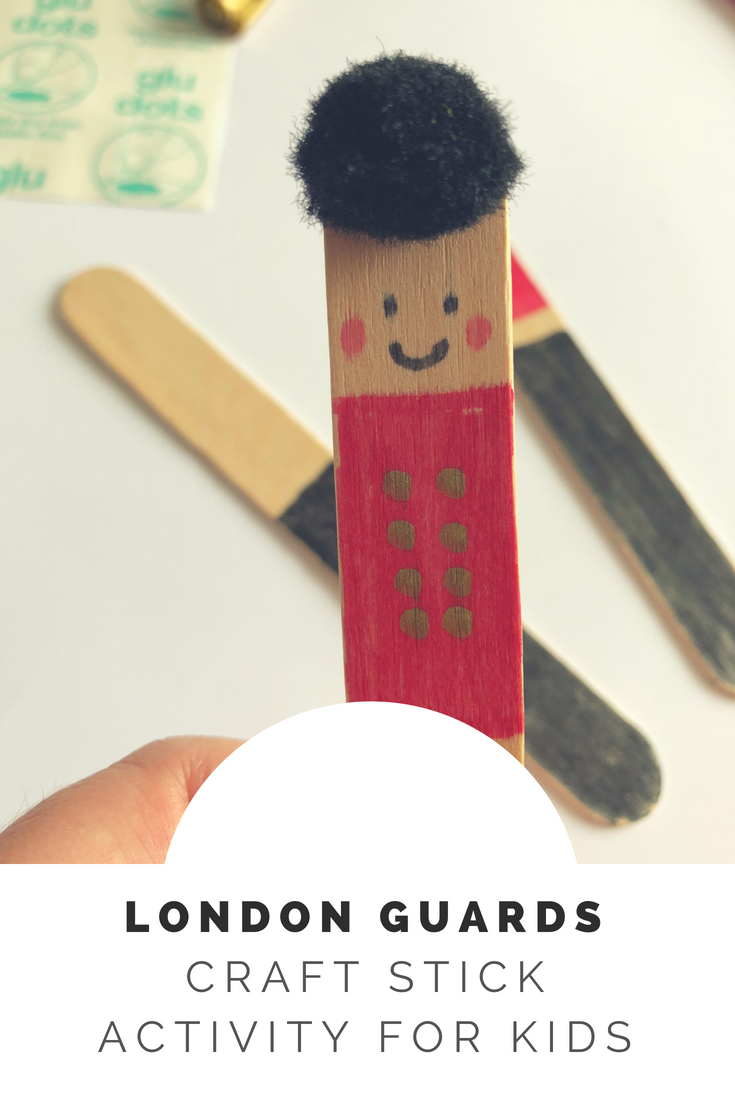 Did you know that the Queen celebrates her birthday on the second Saturday in June? It’s a bit of a vague date as it’s not her real birthday. Her actual birthday is April 21st but her official one is later this month. To celebrate Queen Elizabeth II’s 92nd birthday we had fun with our London Guards craft stick activity. Let me show you them.

We love living in London, especially when the sun is shining. It’s great to be a tourist in our own city and walk past our favourite landmarks, such as Buckingham Palace, Downing Street or the Houses of Parliament. On a recent trip to London we walked through Horse Guards Parade and watched the Life Guards sitting on their horses. There are also the Queen’s Guards, who along with the Life Guards, are responsible for guarding the Queen’s palaces. Their iconic uniform of a bright red tunic and bearskins was easy to re-create in our craft activity.

I did this craft activity with my 6 year old. We divided up our supplies and got crafting! First we coloured in the craft sticks – black for their trousers, red for the tunic with a gold belt and buttons. 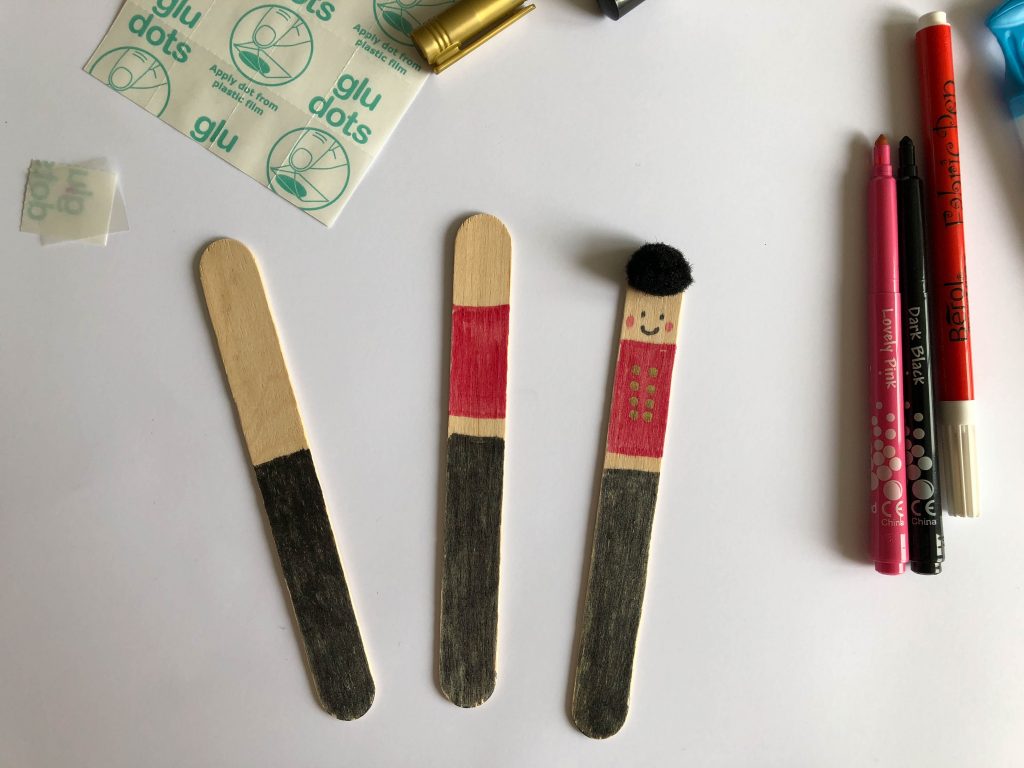 We added little faces and stuck a black pom pom on for the bearskin hat. 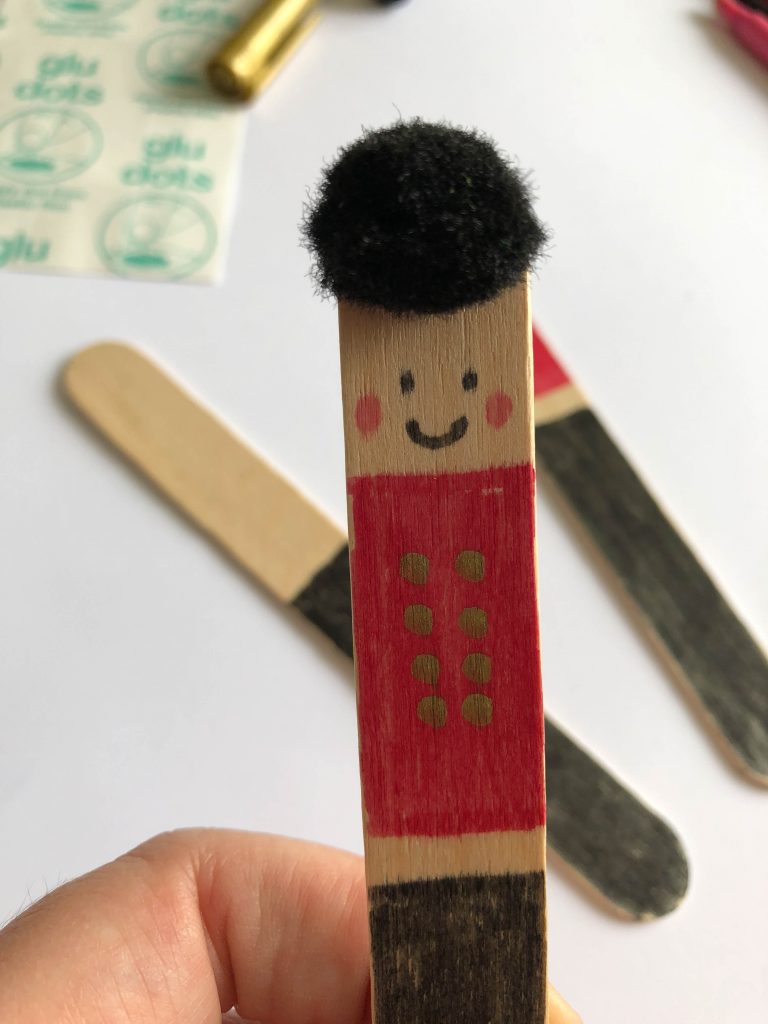 My daughter made hers into bookmarks to give to everyone which I thought was a nice idea. She added a little note on the back of each one. 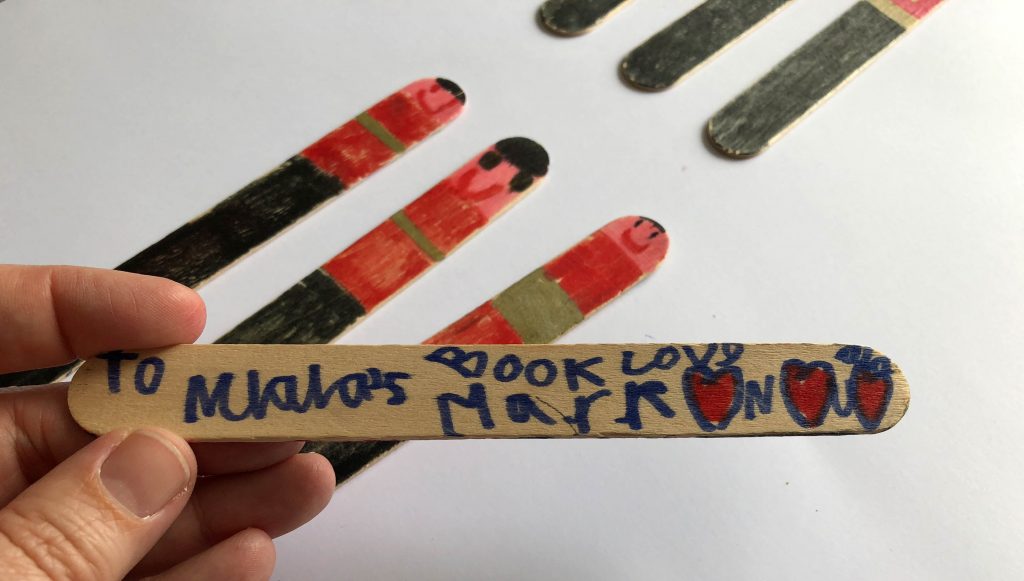 They look pretty good all lined up, definitely on top form and ready to protect the Queen and the Royal family! 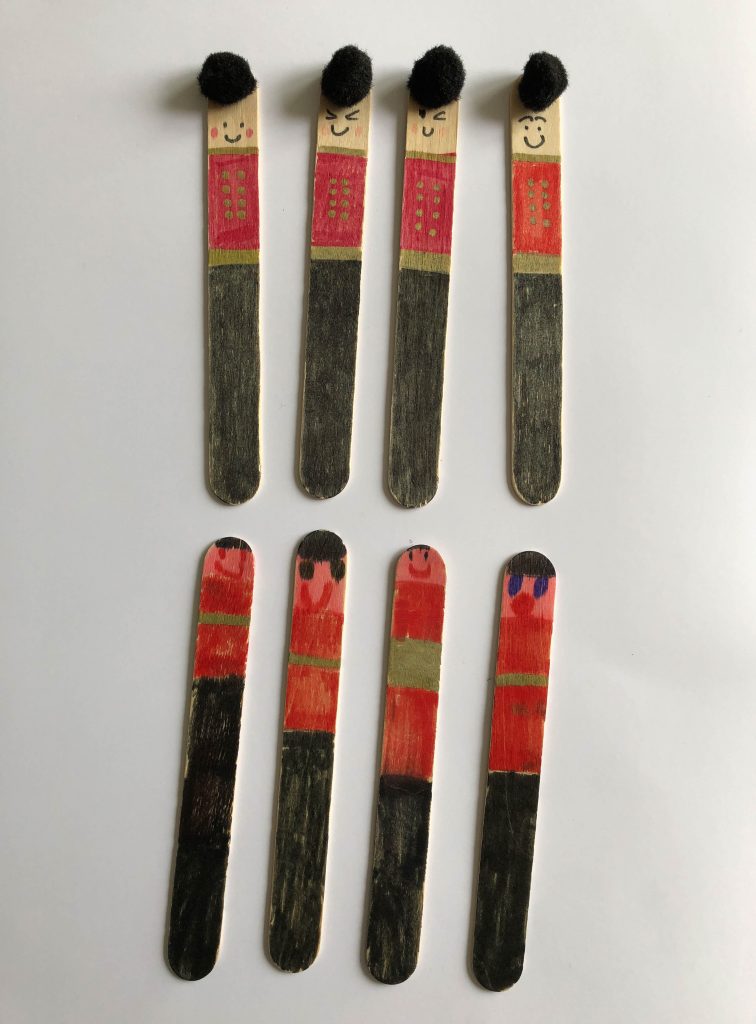 You may be interested in our other ‘Royal’ blog posts: