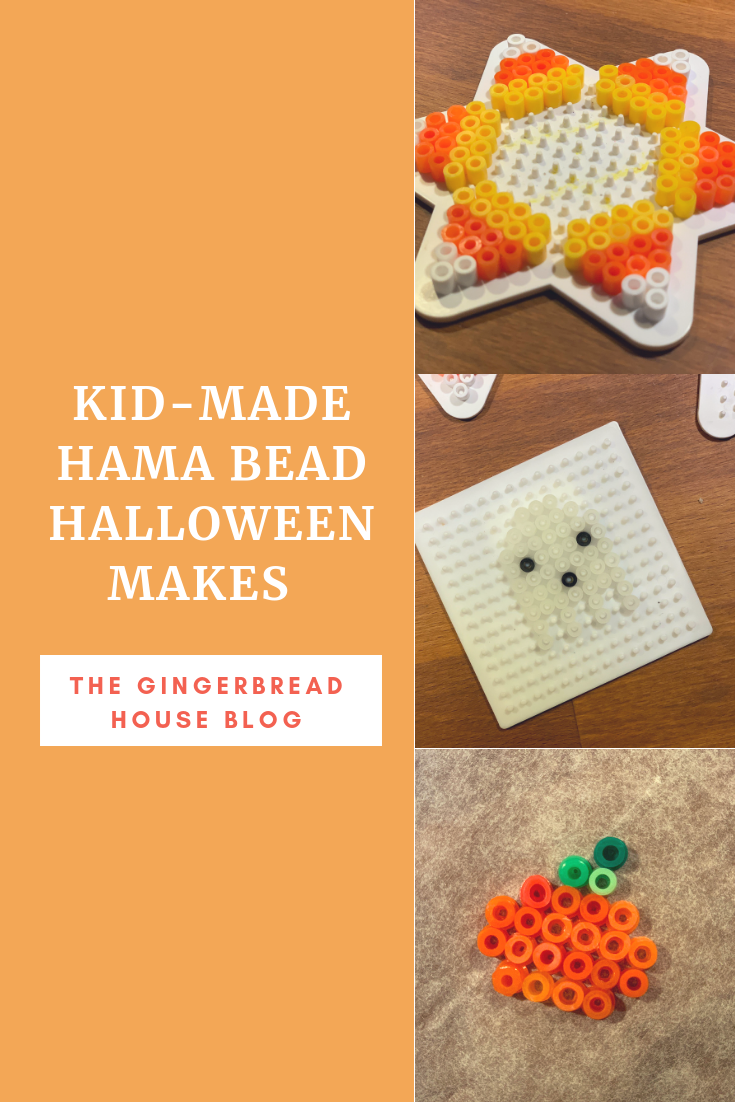 My children just adore crafting and we have a huge box of Hama beads that never seem to go down. They are a really easy toy to play with and I love that I can bring the box out every so often and let the kids create with the hama beads. They are such a tactile toy and perfect for encouraging fine motor skills and creativity.

With Halloween approaching soon I actually bought more Hama beads! We really didn’t need any more but I couldn’t resist buying a bag of glow in the dark beads. When I showed the children they immediately knew what they wanted to make and we had a really fun making session after school. 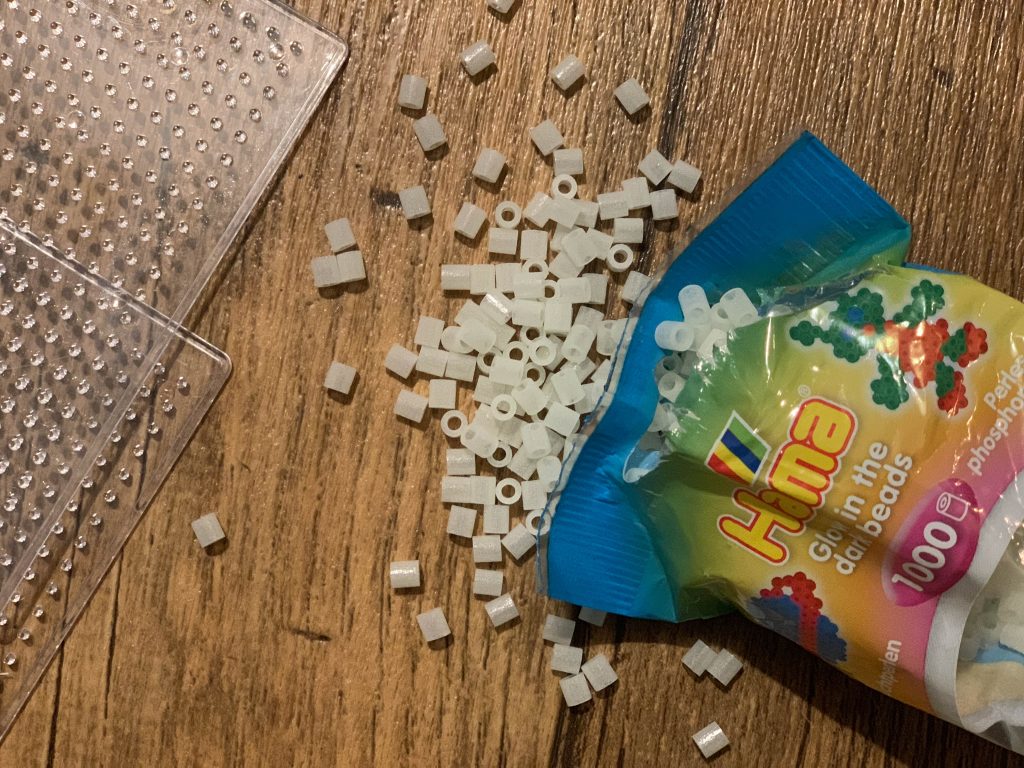 What can you make with glow in the dark hama beads? Just about anything!

First we made a glow in the dark spiders web. It was more complicated than we thought until we decided to use a star-shaped board. 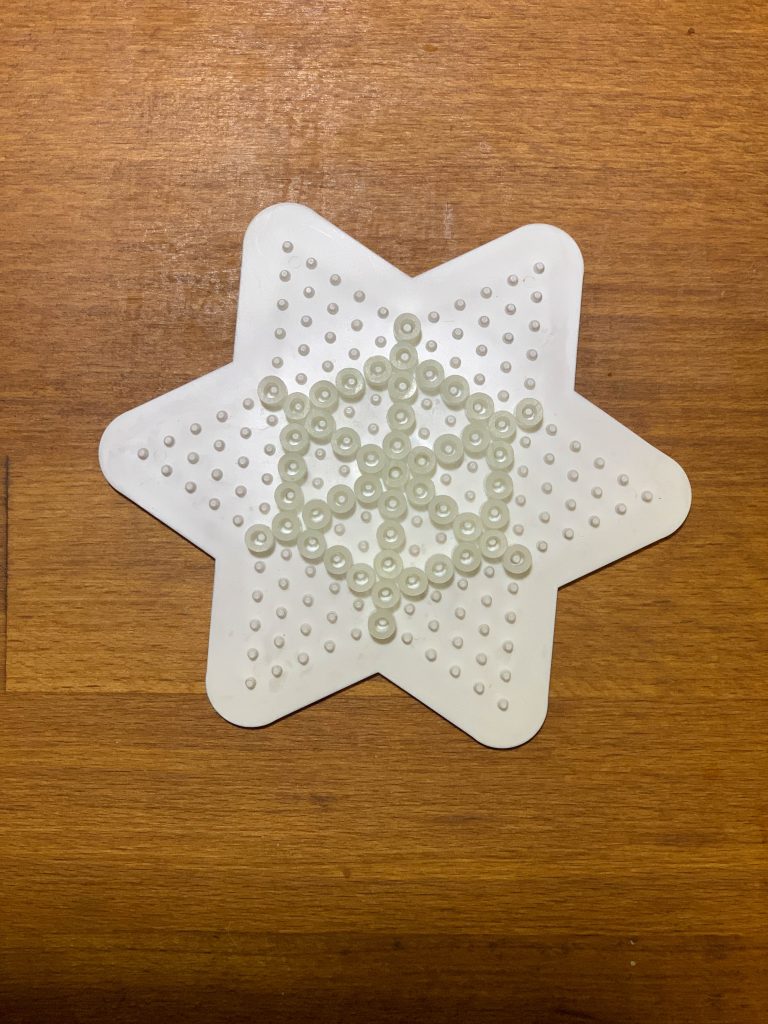 The glow in the dark beads were also perfect for making other Halloween shapes, such as a ghost and skull. 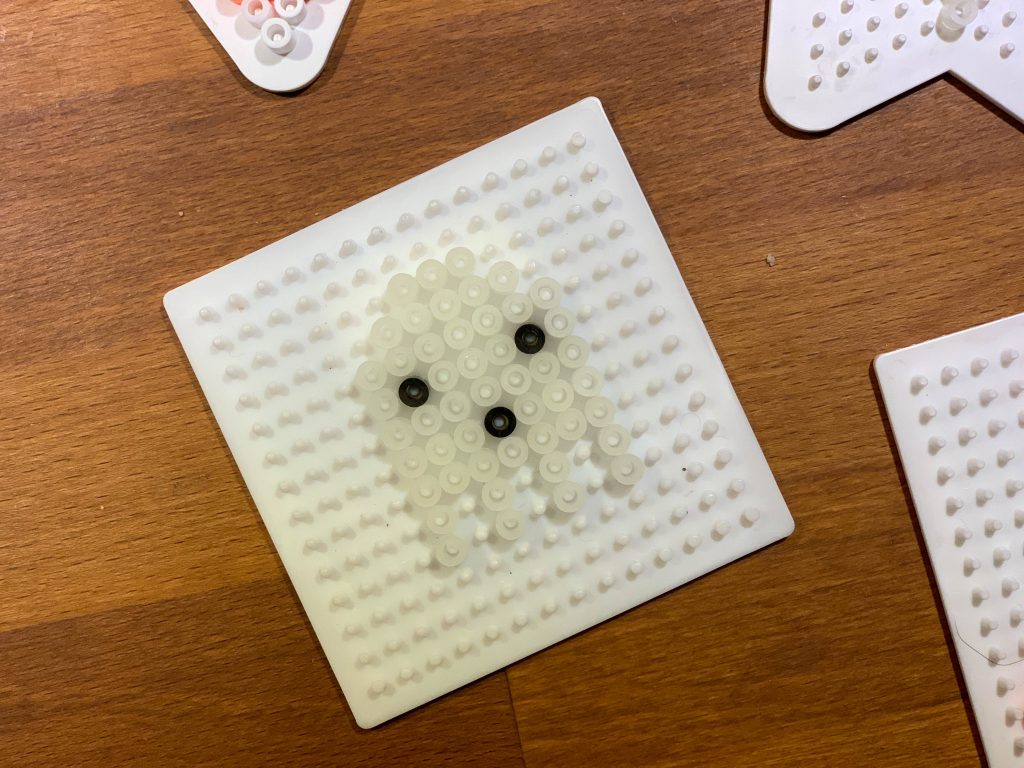 After the kids had played with the glow in the dark beads they decided to craft with the other colours. They made pumpkins. 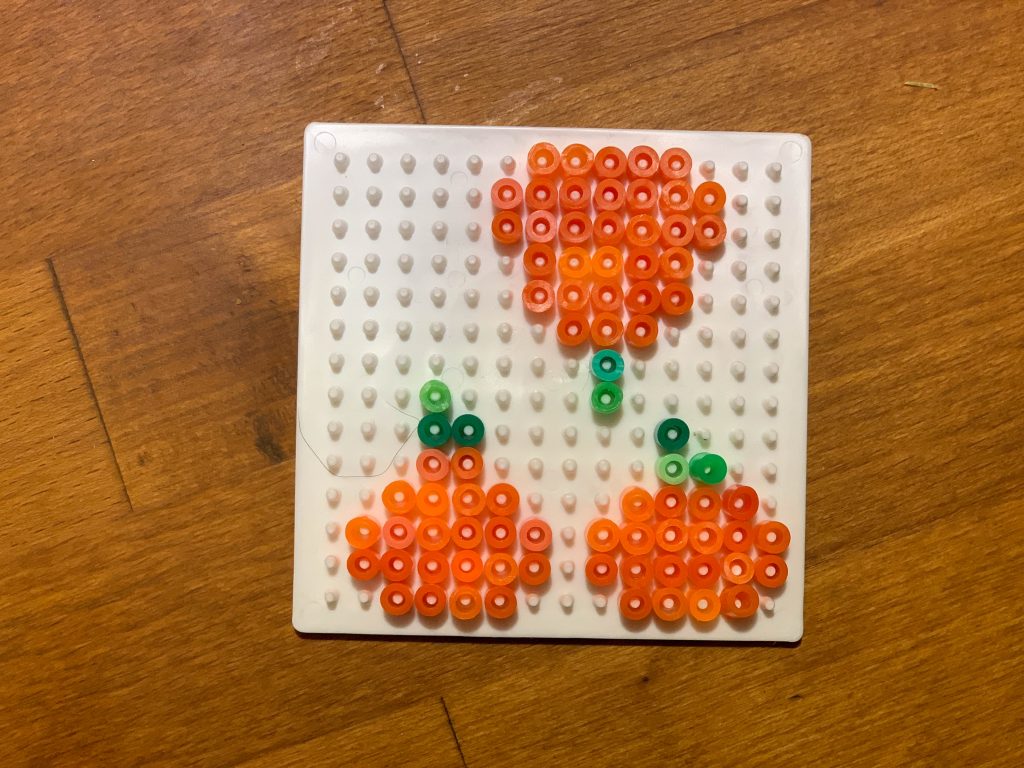 I made colourful candy corns. 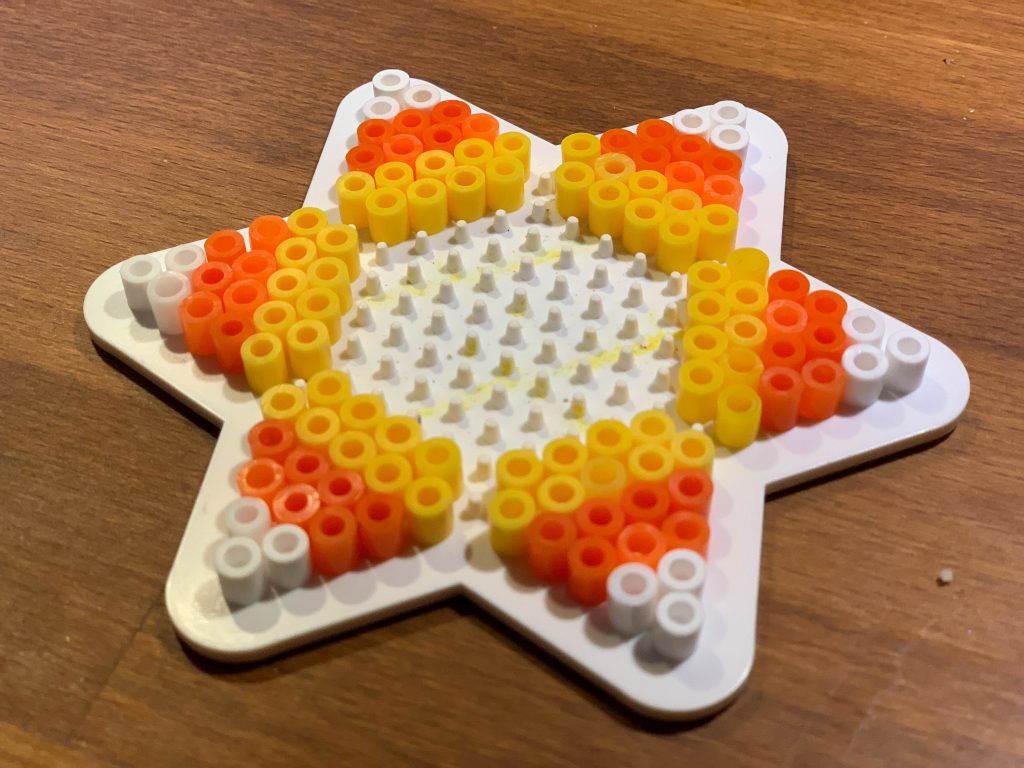